A Bit of a Gut-Punch

We're getting back into the full swing of things as we slowly see how the future for the rest of the ArrowverseWhen it was announced that the CW was creating a show based on the Green Arrow, people laughed. The CW? Really? Was it going to be teen-oriented like everything else on the network and be called "Arrow High"? And yet that one show, Arrow has spawned three spin-offs, various related shows and given DC a successful shared universe, the Arrowverse on TV and streaming. season will shape up. Much of what we knew before "Crisis" has been altered but it's only now, a few weeks past that event, that we see how the whole of Earth-Prime will be handled on each show. And, in short, no two shows are handling it the same way.

As examples we look at two shows this week, Supergirl and Batwoman, that are taking different directions for their shows post-Crisis. One is actively exploring the changes further, using it to spin characters in new directions while the other is slowly soft-reseting back to the way it was before "Crisis":

Supergirl, Season 5, Episode 12: Back From the Future - Part Two

Continuing from the first episode (which I didn't really cover here because... it wasn't great), Winn has stuck around after traveling back to the past from 3000 AD (where he serves as Computer Lad on the Legion of Superheroes). Winn wants to go back to the future but he was also enjoying hanging out with his friends one last time (assuming this is a last hurrah for the character, which is certainly feels like). Unfortunately, before he can go is evil duplicate from another Earth, Toyman II, shows up again, now as a computer virus infecting the DEO. Winn has to help his friends in defeating his evil other, clearing the way for him to return to the future as a true hero.

Meanwhile, Lex has his own scheme continuing. Seeing the potential of the Toy Man virus (namely that he use it to create a digital copy of his own mind and upload it onto the Internet where he could live forever). So Lex sends Brainiac (who is working with him as an unwilling accomplice) to get a copy of the core virus code so Lex can repurpose it for his own dastardly needs. The behind-the-scene machinations, not all of which she's privy to, leads Alex to quit the DEO so she can go with with Marian Manhunter as he builds his own legion of heroes on Earth Prime at his new base, The Tower.

Supergirl is leaning hard into the changes "Crisis" brought forth, namely in keeping Lex in the foreground as the primary antagonist of the series. Right now he's working to thwart Leviathan, the evil group that we saw in the first few episodes of the season before "Crisis" wiped away a fair bit of their machinations. Still, Lex sees the potential for them to muck up his schemes -- no matter how much he protests and says that he think Leviathan is a threat to the world, they're really just a threat to him and he wants to destroy them. Leviathan may still be here, but they've been subsumed into Lex's plot line and, already, that makes them more interesting by association. 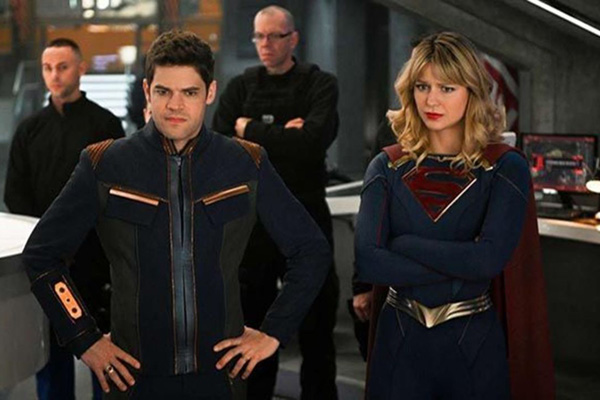 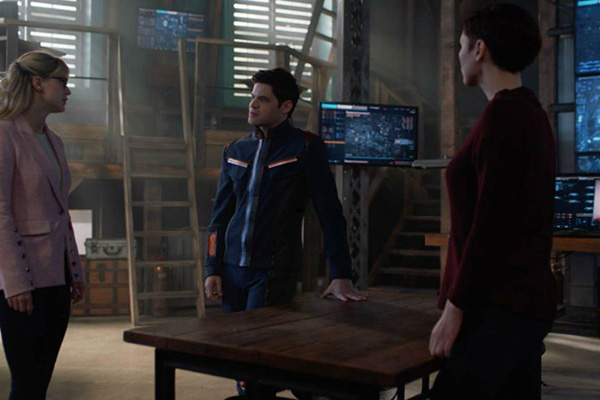 The unfortunately side effect of have Lex on the show, and in having the big fight with Kara and Lena still persisting, is that Lena is not an also-ran on a show where she used to be a main player. Her plot line is in service of Lex, much like the DEO is in service to Lex. Lex is great, and I'm glad he's back because he's the best villain the series has ever had (he's Lex Fucking Luthor!), but it would be nice if Lena could get more time on the show since she's the Luthor we learned to care about.

Honestly, the weakest part of the show was the A-plot with Toy Man II. It was fine, and got the action movie (although with a decent, climactic fight sequence), but it didn't have the stakes of a really good villain story. Anything outside of Lex really does feel like the show is spinning its wheels so hopefully soon we'll get an escalation of the Lex plot line to really kick the show forward. It's still a little rough right now, but I appreciate the show committing to Lex as the villain and I look forward to where the season can go from here.

Meanwhile, over on Batwoman the show is slowly removing the last vestiges of "Crisis" so it can go back to its original plot line The last couple of episodes focused on Beth, Kate's sister from another universe who somehow survived "Crisis" and ended up on Earth-Prime. As we saw last episode, though, this crossover isn't good for Beth's health -- as long as she and her Earth-Prime duplicate, Alice, exist on the same Earth they'll both slowly whither and die. For one Beth to live the other has to be killed.

Enter Mary with a (temporary) solution: when Alice poisoned Mary (and Mary's mother) a few episodes back the cure she gave to Mary was an extract from a special flower, very rare but very potent. It's an all-around cure that can heal anything, at least for a little while (which, honestly, sounds a lot like the magical flower powder cure Arrow was using in its first season). Mary's blood still has remnants of the cure within it so a simple transfusion of the blood could save one of the Beths long enough that the other would die and one would live. So, naturally, Kate chooses Beth-2 and she gets to live while Alice dies. Except, then a gunman comes along and shoots Beth-2, instantly killing her, and Alice comes back to life. Sigh.

Look, I like Alice. I think she's one of the best villains in the whole of the Arrowverse, right up there with Reverse Flash and Lex Luthor. I certainly didn't want her to exit the series but it would have been a bold move for the series to kill her so we could focus on, I don't know, a grief-stricken Mouse flying right off the deep end instead. That would have been a twist I would have enjoyed and could have moved the season in a new direction. 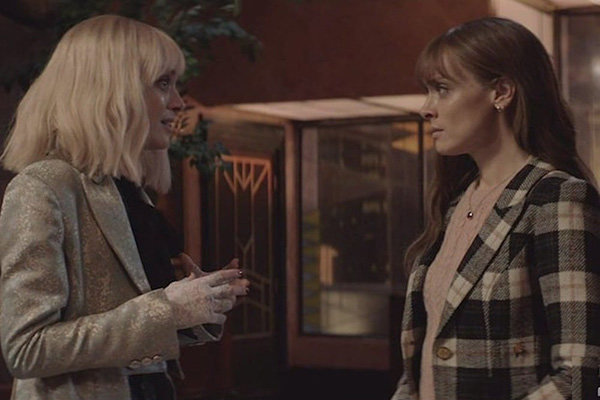 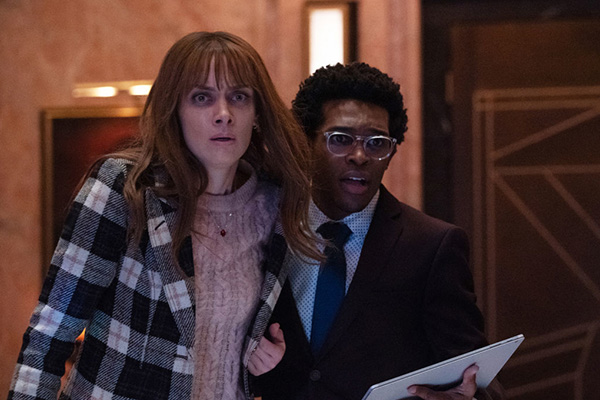 What doesn't work for me is introducing Beth-2, having her hang around for a couple of episodes, only for the show to then hit the reset button by killing Beth off just to keep Alice around. What's the point of even introducing Beth-2 if this was to be the end result. She didn't really move the needle at all for Kate and she hardly reinvented the animosity between Alice and Kate. She was filler, a way to toy with the multiverse without committing to it in any real way. Just such a waste.

I would have much preferred having Beth-2 stick around and finding some other conflict than "one must die so the other can live." It just feels so contrived and silly, a way to have their cake and eat it, too. Beth-2, a fun and interesting character who brought out new facets in the Kate/Alice relationship, deserved better.