A Blast from the Future

Another week rolls by, but this time the ArrowverseWhen it was announced that the CW was creating a show based on the Green Arrow, people laughed. The CW? Really? Was it going to be teen-oriented like everything else on the network and be called "Arrow High"? And yet that one show, Arrow has spawned three spin-offs, various related shows and given DC a successful shared universe, the Arrowverse on TV and streaming. tries to give us something new: interesting twists from two of the flagship series that help to re-contextualizes the series and maybe give us a new spin moving forward. Or, at least, that was obviously the plan. It worked better for one, Arrow, than the other, The Flash, but the intent was there.

What's interesting, too, is that some of these shows are more clearly moving towards the "endgame" of Crisis on Infinite Earths. The shows are still clearly moving to a point where everything is going to stop dead for that event and then, whatever stories can continue will do so in a new light after the crossover. I wouldn't say they're spinning their wheels, at least not this week, but we'll still have to wait and see what the Arrowverse looks like four weeks from now.

I've noted in the past (these last few review for the 2019 season, as well as most reviews last year), that I didn't care much about the flash-forwards for Arrow. It's a future for the series that might happen, but considering how often the 'verse has been willing to show us futures that are then quickly wiped away, so it never felt like we had to invest too heavily in this new future we were being shown. The series could, at any point, just as easily wipe it away again.

I'm not going to argue this episode, "Present Tense", redeems the flash-forwards in any way. In fact, the episode has a creative way of dodging around them entirely as, at the end of the last episode, the three future kids -- William, Mia, and John Jr. -- were all warped back to the past to, presumably, help their dads in fighting the coming Crisis. In the process, though, they immediately start making changes that, more than likely, are going to completely change their future. On the one hand I feel like I should be annoyed because, really? We just spent a season and a half on this storyline and already the show is killing a future again? On the flip side, I really hated all the stuff going on in future Star City, so long run, this is probably for the best.

I would go so far as to say that "Present Tense" is the best episode to feature the future characters yet. I haven't really warmed to Mia or William and John Jr. largely because their story was so far removed from the main cast of the show. Yes, future versions of Arsenal and Black Canary II and Wild Dog showed up, but that's not the same as present day Oliver or John Diggle, the main characters of the show (and the only ones remaining that are at all interesting). Giving us the B-Squad hanging out with the future C-Squad didn't make either group better in the process. 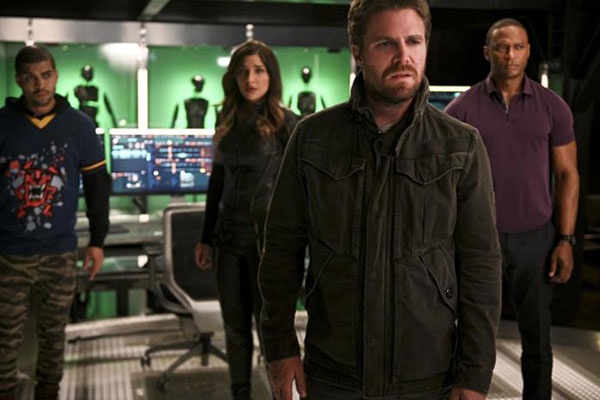 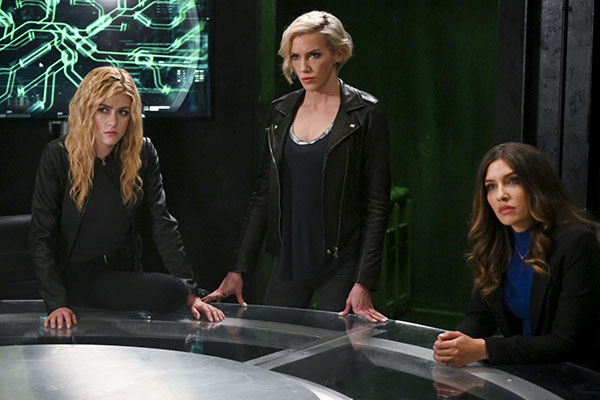 But putting future kids with Diggle and Oliver 100% makes them more interesting. Over the course of eight seasons Stephen Amell and David Ramsey have become fine actors and these two are able to get great performances out of the future kids. Watching Mia angrily bounce off Oliver, or William and Oliver warmly bonding, or John and John Jr. sharing a quiet moment, makes all these characters richer. The two original actors are able to convey weight and emotion and, with the new kids, there's a sense of history lost and moments found. The show does so much to redeem these characters in just the span of a single episode that, whether they stay here or go back to the future, I actually think I like these characters now.

That said I wouldn't mind the show leaving them in the present for a while so we can enjoy their dynamic with the classic cast. This is better than anything else the show has to offer so let's enjoy it just a little longer, please.

Speaking of giving us new perspectives, The Flash elected to give us an episode of "The Flash without the Flash" this week. Barry and Iris decide to go off on vacation to enjoy the time they have left before Crisis claims Barry, and after the events of last episode with Barry making Cisco the new leader of Team Flash, Cisco gets to find his footing in this brave new world.

Frankly, Cisco is a character the show hasn't known how to handle for a while. When the show started out, Cisco was the tech genius of the group, the Q in Barry's team. But then the meta-human power creep started, and everyone on the show had to have a power or date someone with a power, so suddenly Cisco developed powers even though the character really didn't need them to be useful. He developed the ability to create breeches, portals across reality, and took on the (horrible) name of "Vibe". So was Cisco a tech guy or a superhero? The show wanted to play it both ways and never really came up with a good reason for either.

Last season Cisco and Caitlin developed a meta-human cure and, after much thought, Cisco took the cure so he could get back to basics. It was a good thought, a way to find the core of the character again, except that the show still didn't have much for poor Cisco to do. Crisis was coming and Barry was the central focus. Cisco lurked on the side bas, mostly, just moped. That happens a lot on this show, the moping, which is weird because the Flash is such an upbeat character in the comics. 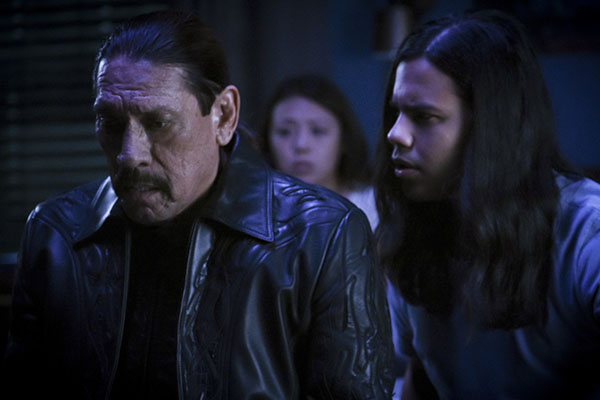 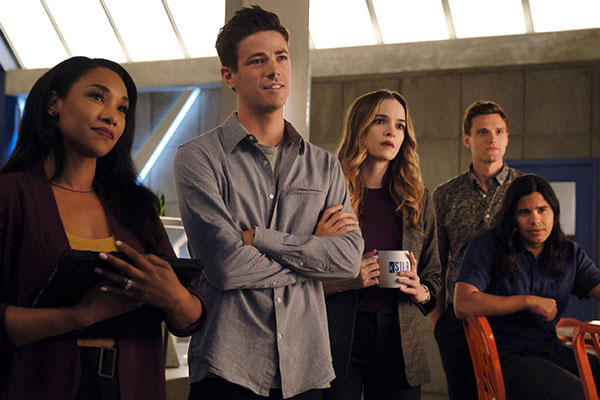 Regardless, making Cisco the new leader of Team Flash is supposed to be a way to give him purpose. But if this episode is any indication, maybe someone else should be in charge. I like Cisco, don't get me wrong, but the best the episode has to offer is Cisco dealing with other breachers, spouting off techno-babble, and then fighting a different version of himself in the least interesting fight the show had given us in quite some time. Maybe Cisco is the right call to lead the team (although, in this same episode, the series shows us that Ralph, aka the Elongated Man, is much better at being a team player) but if these are the stories we can look forward to in his tenure, I think I'll pass.

The Flash continues to struggle with its tone, varying wildly from cartoonish goofiness to overly emo moping. What it has yet to give us in the last few years is a return to form, a glimpse of the happy-go-lucky superhero show it started off as. Arrow has managed to evolve over the years (although not always for the better), but The Flash feels like its stuck in a rut. If, long term, the CW is looking to make a Justice League show it might be a good time to retire The Flash and move its characters over to a new home that will treat them better.