This Kind of Thinking Could Do Us In

Well, this week had a few twists and turns I didn't quite expect, but overall the last show standing in this season of the ArrowverseWhen it was announced that the CW was creating a show based on the Green Arrow, people laughed. The CW? Really? Was it going to be teen-oriented like everything else on the network and be called "Arrow High"? And yet that one show, Arrow has spawned three spin-offs, various related shows and given DC a successful shared universe, the Arrowverse on TV and streaming., Supergirl, didn't stray far from its formula one bit. You know, just like ever already assumed. Oh well...

So let's get to it and see where the Girl of Steel goes this week:

Last week Kara and her team fought Nyxlie to stop the 5th dimensional imp from getting the Courage totem. They failed. This week they had to stop Nyxlie from getting the humanity totem... and they failed again. Not to worry, though, as unlike with the Courage totem where the "gauntlet" to gain its power all happened in a dream, this time using the totem means you have to suffer the gauntlet in real time, and that means suddenly having a big ol' dose of humanity dumped into you.

I supposed that last week Nyxlie was going to slowly gain all these totems and learn to be a bigger person as she had break through after break through. The show defied that expectation this week by having Nyxlie "suffer" the effects of all that humanity and then rejecting it, throwing the totem away so that Kara could grab it instead. That's an interesting beat, even if the show is just going to have Nyxlie show up and steal it back a few weeks from now (in the Arrowverse the villain always gets exactly what they want only for the hero to "level up" and find a way to defeat them after).

It does make Nyxlie shallower, though. She openly rejects the humanity instead of learning from it and becoming a richer, deeper character. As the show has grown Nyxlie and made her confront her own demons it made the character better; rejecting the humanity puts the totem back in Team Supergirl's hands, yes, but it does nothing for Nyxlie's character and that's a little sad. I liked the idea that the villain reformed themself as they gained each totem and learned, one way or another, to be a better person. This feels like a regression for the character which doesn't work as well. 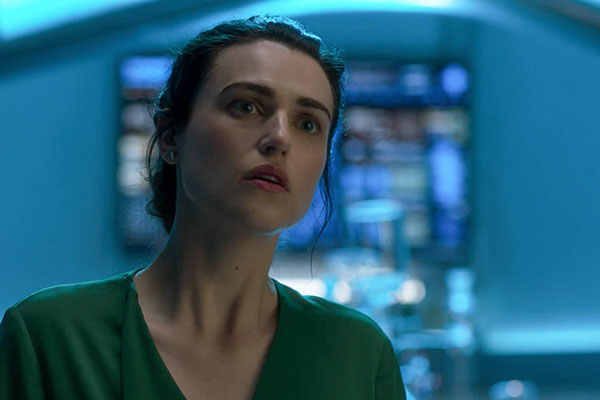 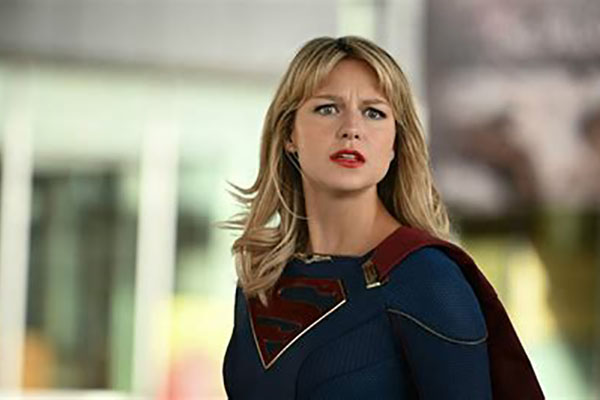 Meanwhile we're also getting a very set formula for the troubles of the week. Nyxlie gets a totem, unleashes blue energy tied to that totem's power (Courage and Humanity so far, with Dreams to come next week), and then the local area suffers a massive riot that the rest of Team Supergirl has to quell while Kara puts everything right. Once was fine, twice is starting to wear thin, and I'm expecting we'll see this dynamic play out again, and again, for the next five weeks as well.

Over in the B-plot, ace reporter (realizes he's forgettable and has to look up the character's name) William is assigned to the "Superfriends" beat (ugh, every time they call the heroes the "Superfriends" I cringe) so he can cover their stories. There's a discussion on writer's integrity and honesty in the media, but it's a storyline that is absolutely rushed and comes out as very ham-fisted when it plays across a single episode. This is a story that was actually worth covering (with shades of the Social Justice PSA Week we had with Guardian) but the shows rushes it and, once again, makes it feel more like a lecture than plot line.

And so this is where I go, once again: the show manages to have some good ideas, and it tries to tell a story that connects to Supergirl, but it doesn't seem to have the skill to tell political stories, or even handle the super-heroics anymore. Oh how the mighty have fallen.