...And the One We Missed

The ArrowverseWhen it was announced that the CW was creating a show based on the Green Arrow, people laughed. The CW? Really? Was it going to be teen-oriented like everything else on the network and be called "Arrow High"? And yet that one show, Arrow has spawned three spin-offs, various related shows and given DC a successful shared universe, the Arrowverse on TV and streaming. came back in full force a couple of weeks ago (we're tracking Week 15 right now), with all four main shows returning to the air with new episodes. Apparently, though, The Flash jumped the gun (as he is want to do as a speedster) and came back a week early. I hadn't really noticed at the time, even though there was a major plot line (a Meta-Human Cure) started in that episode. Really, it's been a minor plot point for a couple of weeks and I just didn't think anything of it. "Did I forget this? Do I care?"

Well, I do have to care. I'm trying to do complete coverage of the whole run, so I had to go back and cover that one episode as well. As such, enjoy this bonus article all about The Flash:

The Flash, Season 5, Episode 10: The Flash and the Furious

I struggle to remember what happened in this episode which is funny because I just watched it. The issue is that this episode really just wasn't memorable at all. In the story, a new villain can control technology with a meta-tech key fob. She uses it to steal cars and drive recklessly, but her power also throws other meta powers out of whack. If a meta touches something she's controlling, their powers will spaz out, throwing their abilities into fits. This is what happens to Barry Allen / The Flash when he tries to phase into her car, and then he's stuck permanently in his phase ability for a day, so the team has to contain him in their meta prison so he does sink through the planet and, you know, die. This leaves XS in charge of finding the villain... well, villains.

See, this new (and unmemorable) meta elects to free Weather Witch (a woman with a meta-tech weather vane that allows her to control storms and such) so they can team up and be bad girls together. Weather Witch doesn't want anything to do with it (she wasn't to serve her time and go straight), so she tries to turn herself in to XS, but then XS just drops Weather Witch back off at the police station without explanation, screwing over the woman since the police think she tried to escape (and wasn't just kidnapped). Thus, when she gets free a second time, the two bad girls really do team up to rob an ARGUS facility and lead a rampage across the city. XS has to find it within herself to reach Weather Witch, convince her not to be evil after all. And that's basically where the episode ends this story -- Weather Witch turns back, stops the other bad girl, and then the two escape for parts unknown. It's not a full story, just, like, a middle of one without conclusion.

Meanwhile, we also learn more about XS and her team-up with future Eobard Thawn (aka Reverse Flash). Learning that Thawn killed Barry's mother (XS's grandmother) puts an understandable crimp in the team-up between Thawn and XS. But with her lessons learn via Weather Witch, she comes back around and gives Eobard time to explain. And I seriously don't care. XS is an annoying character that was shoved on us quickly and never really had a good story associated with her. Having her team up with a villain, no matter her reasons, only clouds her story. She's just a mess and I struggle to give a crap either way about what happens to her.

I think that's a big part of the reason I don't care about this episode at all. With Barry sidelined, XS gets both the A-plot and B-plot. I don't like her, so I can't care if she saves the day (especially when its arguable how well she did that) nor do I care if she works with Eobard or not. She's a time traveler from a future that might not even occur, one with such a clouded back-story that I just can't invest in her. It's fine if the writers want to give Barry and Iris a kid, a young speedster to deal with, but I would have preferred it if they'd done it organically. You know, but having a kid and watching that character grow up, not by shoving a 20-year-old version of them into the past and just expecting us to care. I don't. 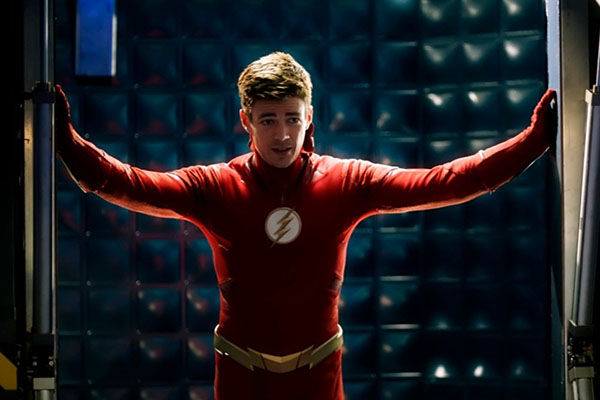 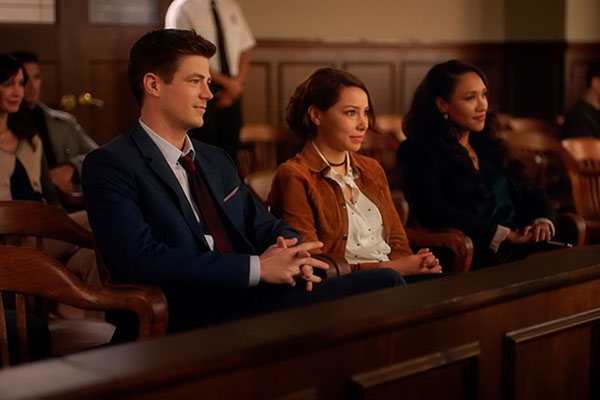 At least the C-plot of the show is decent. Before the winter break, Cisco had been injured by season villain Cicada, taking a slice from Cicada's meta-tech, power-dampening dagger, which threw Cisco's "vibe" powers out of whack. Without his abilities, though, Cisco realized that he felt more like himself than he had in years and he wondered if it would be possible to make a "cure" for meta-humans. With Caitlyn's help, they start the process of finding a cure, but only under the agreement that it will be a voluntary treatment and never forced on anyone.

What works about this storyline is that it grows organically from these two characters, both in their recent travails but also from everything they've experienced over the years. Cisco used to just be the tech guy of the team (the "Q"), and when he got powers all that was muddied. Meanwhile Caitlyn went back and forth about if she wanted powers (i.e., her time as Killer Frost) before realizing her cold powers (and the personality that went with them) were a part of her. She hated losing them (unlike Cicso) and hated the idea of a forced cure. The show lets these two talk out the issue and come up with a solution that suited both of them while also providing a through-line for them in the season moving forward. That's good storytelling.

Besides, these characters haven't had as much to do as of late with so many new team members showing up the last couple of years (XS as well as the Elongated man), so it's good that the creators have found a way to let these to move forward and evolve. This story is good, it just doesn't redeem and otherwise totally boring episode.