They'll See Themselves Out

This is it, the first time we get to cover a series finale on this column. It's been building to it for two seasons now, but we're finally at the big finish for Arrow and, well, it's actually a pretty sedate hour. We'll cover it in detail below, but if everyone was hoping the whole of Star City would explode in violence for one last gigantic hurrah, well... that didn't happen.

This week we're of course covering the Arrow finale along with Batwoman, which made some big moves this week, for our ArrowverseWhen it was announced that the CW was creating a show based on the Green Arrow, people laughed. The CW? Really? Was it going to be teen-oriented like everything else on the network and be called "Arrow High"? And yet that one show, Arrow has spawned three spin-offs, various related shows and given DC a successful shared universe, the Arrowverse on TV and streaming. coverage. But, let's be honest, all eyes are on Arrow this week:

As I've noted basically since I started doing this column, Arrow has been a mess for a while now. While not outright unwatchable (at least by my pretty kind standard for what is "watchable") the show had certainly fallen from the great heights it once achieved in its early seasons (at least by the CW's standards). Plot lines would muddle along, characters would behave out of character, and everything in a season was geared towards the eventual end-point of the season, whether it made sense to tell that story over a full season of episodes or not. Season seven, with Oliver going to jail, battling the Dragon a second time before going up against Emiko Queen, the surprise sister that was only revealed in the seventh season, was a total and complete clusterfuck. In short, the producers had lost their way.

Not that things were better in season eight, but at least we knew the end was coming so even if the season dragged -- and it did, throwing up all kinds of pointless plot point for the heroes to deal with that, in the end, had no bearing on "Crisis on Infinite Earths" -- at least we knew there would only be ten episodes and, by the end of it, the show was ending. It was an end goal, a finale. We could be done with this show and think back only on the good times.

Well, that is if we don't think of the future-set Green Arrow and the Canaries as season nine of the show, which it more or less is. Let's just pretend...

This finale, then, acts as a send-off to the big send-off Arrow has already been going through for the last nine episodes. This whole season has, essentially, been a victory lap and this finale hits all those beats again, bringing back every character that ever showed up in the series. Quite literally, as Moira Queen, Tommy Merlyn, Quentin Lance, and Emiko Queen are all back from the dead, revived and given new lives thanks to Oliver.

As we learn, Lex Luthor isn't the only one that could change the universe to his liking at the end of "Crisis" as Oliver pulled the same shtick. He revived everyone he ever cared about that had died along the way (short of the Earth-1 Laurel, something that bothers not only the Earth-2 Laurel, who gets to continue hanging around, but also this viewer). He then cleaned up the streets of Star City, completely wiping away crime somehow. The streets are safer than they've ever been, and everyone is back to honor Oliver one last time at his funeral. 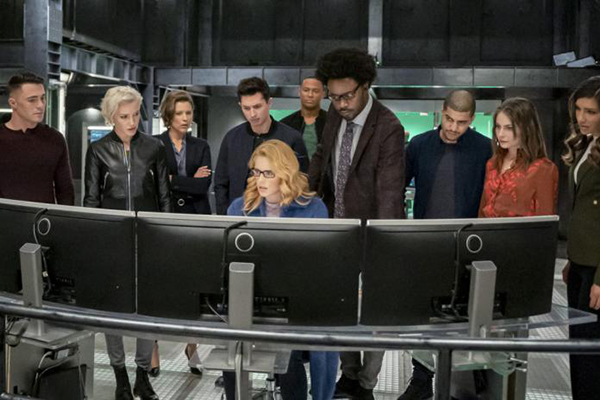 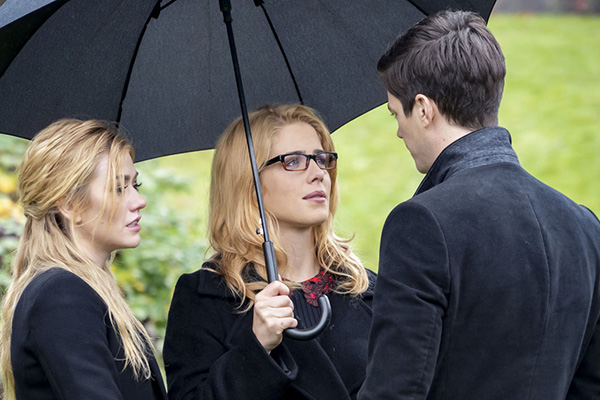 But wait, there's one last danger to defeat. Someone Oliver had dealings with all the way back in the first season kidnaps the young William (Oliver's son) and is holding him hostage for... reasons. The team (everyone that has ever served on Team Arrow and didn't, at some point, betray them all and reveal themselves to be a villain) has to band together to search the city and find William. And when they do it's just... some guy. Someone that Oliver put away in Blackgate for eight years and now he's mad and wants revenge against a dead man.

So, wait, some schmo was able to get close to William? Shouldn't he have, like, bodyguards? Due to Oliver's actions in saving the whole universe (something everyone mentions) he's literally the most famous person on Earth-Prime. William should have a whole fleet of bodyguards, as well as every technological system Felicity can think of, protecting him. Some idiot with a gun shouldn't be able to get within miles of the kid.

But whatever, the heroes track down the villain (really, it was stupidly easy) and save William. Then there's a funeral, everyone weeps. And, finally, Felicity (in 2040) goes to where Oliver is so they can be reunited... in the afterlife. It's sweet but kind of sad that, essentially, Felicity kills herself (by going to Oliver's afterlife) so they can be together. I get he was her great love but, damn, twenty years later and all she can think to do is off herself. That's a bit dark, guys.

On the whole this finale is exactly what I expected from Arrow. The show knew it's end point -- a funeral and then Felicity and Oliver being reunited -- and spent most of it's runtime padding out the story to get there. There were great character moments to be sure (Mia Queen of the future showing off her bow to William of the present was a nice beat) but the whole of the episode fell a little flat. Still better than most of what we've seen from Arrow for the last two seasons, so if we're grading on a curve I guess this one was a winner. In the end, though, this episode doesn't redeem the last season, let alone the last few seasons of the show once it starts to spin its wheels. It's still Arrow and, in that regard, this finale delivered exactly what you'd expect from the show.

Over in our regular schedule, we have Batwoman who is dealing with the fallout of events from last week. Alice, Kate's sister Beth turned villain, was captured by the Crows and is held in their detention facility. Meanwhile, Beth is also at Wayne Tower, apparently a refugee from another Earth (although she doesn't realize it at first). Although Kate initially attacks Beth (thinking her to be Alice), eventually the two reconcile as they figure out what's going on.

Unfortunately the reunion has to be cut short because Alice's adopted brother, Mouse, has kidnapped two sons of prominent families and plans to kill both of them if Alice isn't released. Then, before Kate can suit up and save the boys, the Wonderland Gang knock her out and make the heroine their third hostage (which just goes to show why you need villains that don't know who you are out of costume; total liability). Beth has to pretend to be Alice to save Kate before everyone is killed by Mouse's evil plan.

Credit where it's due, Batwoman is embracing the potential of the "Crisis" aftermath to explore some really weird ideas. The two Beths can lead to all kinds of interesting storylines (especially with a twist provided at the end of this episode that will have to be explored next episode) and, right now, it seems like the show wants to keep both of them around, which I like a lot better than introducing a second Beth and then wiping her away after a week. Too many times these shows in the Arrowverse like to setup ideas only to then reset them after an episode. Gotta maintain the status quo. 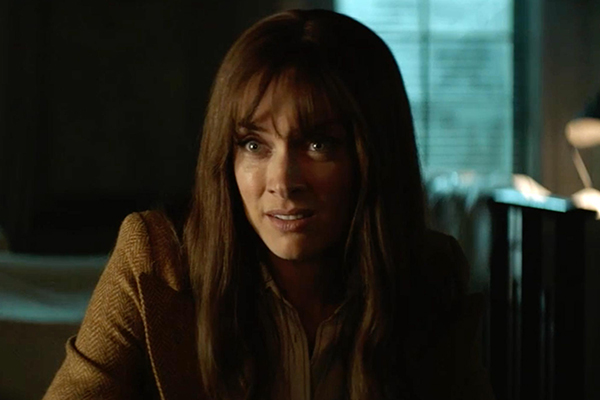 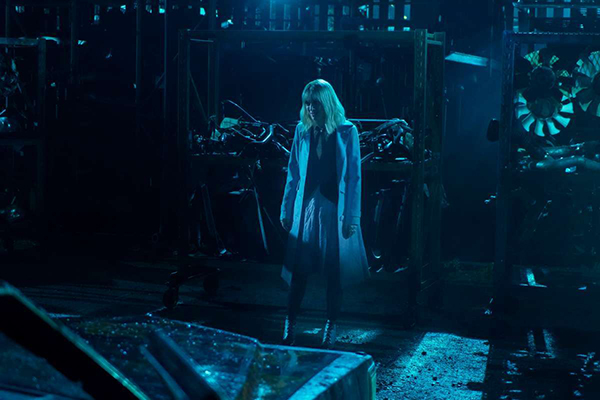 Which is also the issue with this episode. Alice was in custody but, by the end of the story she manages to escape and be back out on the streets once more. Obviously she has to be free for the grand finale of the season (10 or so episodes from now), but the constant "she's in custody, then she isn't, then she is, then she isn't" is already getting tedious. Whatever grand plan Alice has she needs to start implementing it. The show has a fantastic villainess they just need to not spin her wheels.

The episode has one issue, then, but still I liked it for the most part. Seeing two Beths, watching how different they are, and enjoying two different performances from actress Rachel Skarstein has really carried this episode and much of the series. I just want to see some real forward momentum now, especially since Alice got everything she wanted over a month ago with her step-mother dead and her father in prison. What's your next move, Alice?