The Ever Shifting Sands of Evil

Another week, another batch of ArrowverseWhen it was announced that the CW was creating a show based on the Green Arrow, people laughed. The CW? Really? Was it going to be teen-oriented like everything else on the network and be called "Arrow High"? And yet that one show, Arrow has spawned three spin-offs, various related shows and given DC a successful shared universe, the Arrowverse on TV and streaming.. For most of the shows we're steadily heading into the end game, setting up episodes that will directly impact the season finale. Most of the gear spinning episodes should be out of the way so, now, we can focus on the good guys, the bad guys, and the lead up to the final confrontations.

Since I've talked about Supergirl for the last few weeks, this time we'll focus on The Flash and Black Lightning. Just know that the Girl of Steel also had a great episode this week (that series is really firing right now).

Black Lightning, Season 2, Episode 15: The Book of the Apocalypse: Chapter One: The Alpha

The episode sees Black Lightning's team slowly coming together. Opening with a family meeting, the various members of the Pierce family -- Jefferson / Black Lightning, Anissa / Thunder, and Jennifer / (so to be) Lightning -- discuss the rules for going out on missions. It's all the keep the family same and secure while establishing ground rules to keep the city closely protected. Unfortunately for the family two other forces are working to tear the family, and Freeland, apart. On the one side there's the ACA, the secret government organization that wants to weaponize meta-humans. They know all about the Pierce family and, presumably, their end game is to capture the family and make them good little soldiers (although so far that hasn't been fully communicated just yet).

Of course the bigger, direct threat is Tobias Whale, kingpin of Freeland's criminal underworld. He recently stole a bunch of cyrogenically frozen meta-human kids out from under the ACA's care and his goal is to turn them into his own soldiers, ones he can rent out to the highest bidder. Between the two groups, no meta is safe, but Black Lightning's team is only just becoming aware of the threat they all pose.

I will give credit to the series, this episode at least felt like it was moving all the pieces forward. For too long Black Lightning has just been spinning its wheels, moving everyone around but constantly keeping all the factions just out of reach of one another. Tobias, for instance, has been a guy we've been told runs the criminals of the city but, so far this season, he's barely done anything. Then, this episode, he finally unleashed one of this meta-soldiers and let them go around, burning down huge portions of Freeland just to show the kind of power he had. It was a strong moment and the first time this season we really got a feel for him as a villain. 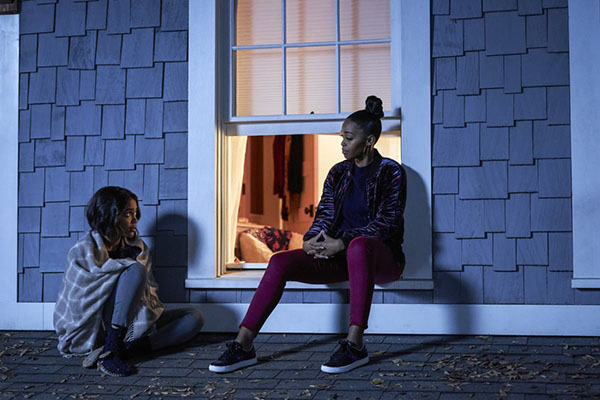 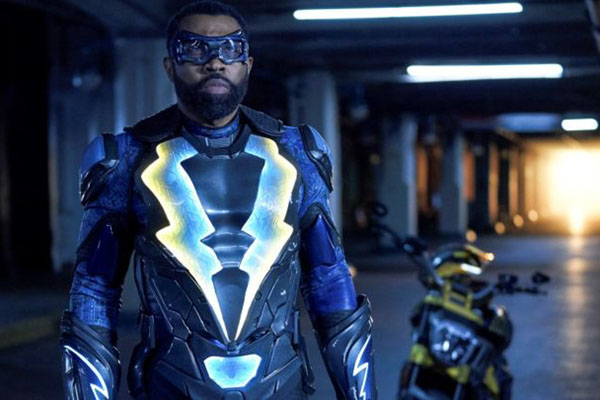 Really, that's the big issue with Black Lightning: it has a villain problem. It's heroes are well realized characters (well, maybe not Jefferson's wife, Lynn, who is always boring) with a good set of powers and a drive to aid the city. There just hasn't been anyone truly strong for them to confront. The best episodes of the season so far has given the heroes someone specific to fight, but sadly those moments have been few and far between. It's clear the show is building up Tobias for some kind of final confrontation, only to have him then be succeeded by the ACA, but so far the ACA is an ambiguous villain in much the same way Tobias has been for the better part of two seasons. After Tobais is captured, will we go back to wheel spinning for another season?

That's the question Black Lightning needs to answer, and it needs to do it well, because right now I'm getting tired of the series. I want to like it, but it just doesn't have strong enough stories to keep me invested. And since it's not directly tied to any of the other shows in the Arrowverse, if I get bored of it I can just quit and not eve have to go back. That's a bad place to be at with a superhero show, a genre I generally like no matter what. Hopefully next week's season finale can give us a good direction for next season, otherwise I may let this one slip off my watch list moving forward.

The Flash, Season 5, Episode 16: Failure Is an Orphan

The Flash has been building Cicada, the meta-human serial killer, as the bad guy for the season for a while. The team has had several confrontations with the villain, also escaping by the skin of their teeth, but last week that had a bit of a breakthrough. Specifically, the finally locked down the meta-human cure they'd been developing, and the thought was to give the cure to Cicada (if he was willing) so that they could end his reign of terror. All Barry had to do was find the right words to convince Cicada that taking the cure (and giving up his meta-draining powers, and his "mission" to kill all the other meta-humans) was the right thing to do. No small task.

Of course, Barry is able to pull off the feat because that's how his character works -- as they emphasize in this episode, Barry is able to convince villains to give up their evil ways with the right words (well, unless it's the Reverse Flash, or Zoom, or Savatar, or...). Cicada takes the cure, and it looks like the team is free of his evil. Except then a new version of Cicada shows up, a version from the future, that seeks to pick up right where the original left off. The battle isn't over and, in fact, may get even worse now.

Honestly, this twist wasn't anything special. As clearly telegraphed a few weeks ago, Cicada II is the original villain's future niece. If you paidi attention then, it was clear that the niece was going to become a version of Cicada, it was just a question of how they were going to get her involved. Now, apparently, she can time travel along with shooting out force waves and controlling her uncle's power-dampening dagger. She's a much more powerful villain (almost too powerful, really), and will likely be a great villain to finish out the season. I just wish the show had played the twist closer to the chest so we could have been really surprised by it.

That said, the less we have to spend with Chris Klien's Cicada, the better. Klien is a terrible actor and he's never once seemed comfortable in the supervillain role into which he was cast. Because Klien has sucked all season, Cicada has never once come together as a character. He should be a force, a menace, and real threat to the team, but the character has just been a tedious bore. His powers are interesting but the character just isn't able to match them. Thankfully, the actress they have for Cicada II, Sara Carter, is someone I recognize from a lot of other shows (she one of those "hey, it's that woman" actresses), and she's never seemed terrible before. Certainly I have faith she can act better than Klien has done so far so maybe, just maybe, we can finish the season out with a good lead villain. 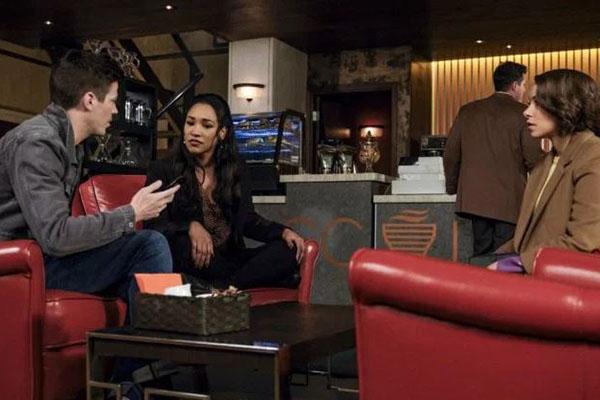 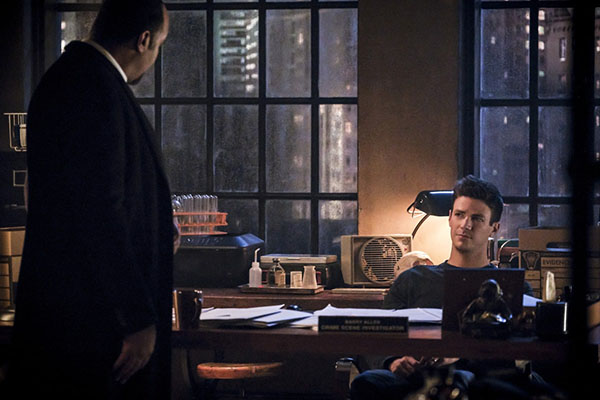 This episode, over all, gives me hope for the last run of episodes. This season has been uneven, certainly, but still better than season four, and with a strong villain to hopefully close it out, The Flash might just be able to pull off this rebound from the brink.