A Society Will Rise

We've all heard the pronouncements: the ArrowverseWhen it was announced that the CW was creating a show based on the Green Arrow, people laughed. The CW? Really? Was it going to be teen-oriented like everything else on the network and be called "Arrow High"? And yet that one show, Arrow has spawned three spin-offs, various related shows and given DC a successful shared universe, the Arrowverse on TV and streaming. is dead. And, in effect, that is true; the shambling corpse of the once grand crossover universe is slowly moving towards its grave. We had a bunch of shows from the connected universe all end (specifically, get canceled) this year, and that, coupled with the previous endings of Arrow, Supergirl, and Black Lightning, meant there was little from the 'verse still on the air. The Flash will get one last season, Superman & Lois may or may not survive past its next season, and then there was Stargirl. With this, the third season, Stargirl also reaches her own cancellation, leaving just two shows left before the Arrowverse, and all its connected properties, are no more. 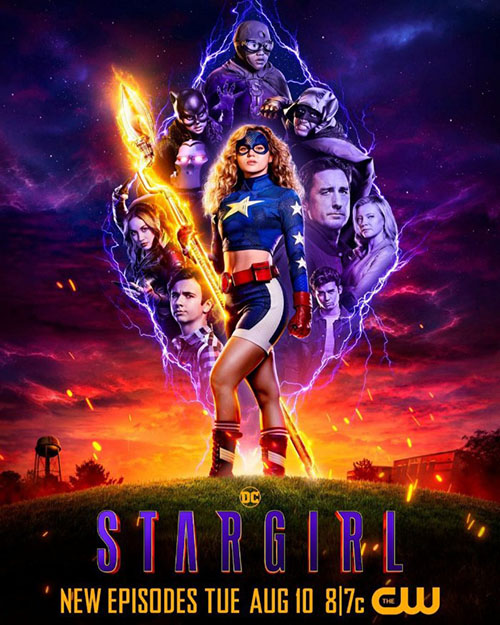 I'm on record having stated in the past that I didn't feel like Stargirl really managed to rise to the best of the Arrowverse. In fairness, though, the series was hobbled not only by the fact that the best days of the Arrowverse were already behind in, as well as the fact that the network Stargirl debuted on, DC Universe, died after a single year. Once it made the permanent move to the CW and could settle into its format, Stargirl improved. Its second season was vastly better than its first, and the hope was that for this third season the show could continue to improve as its developed its characters and its world. And it's true that the show did manage all that, making its third season its best overall. Sadly, both due to what's going on with Warner Bros Discovery, and the fact that the CW was purchased by Nexstar, any hopes for a fourth season of this show were quickly dashed.

The series was really starting to show promise in this third season. Yes, it was still a tad uneven in places, with the show never quite figuring out a good way to blend some of its goofier characters with the serious storylines the shows was trying to tackle. Still, overall this series improved and was really on a solid upswing. The production team had plans for where to go for the fourth season and they weren't looking to call it quits. But instead of moving this series over to HBO Max (an idea also bandied about for Superman & Lois), the show was wrapped up as soon as the CW gave it the axe. No more adventures for Stargirl (at least, not any time soon).

So how did this show manage to improve? Well, a lot of it is down to its core cast. When the series started the teens at the center of it all didn't really manage to sell their characters as well as audiences might have liked. Brec Bassinger (as Courtney Whitmore / Stargirl) was a little too broad, a tad more cheery than you'd expect from a real human being. She was playing to the audience (to use a theater term), and many of the other performances on the show were tuned the same way. Things were better in the second season, and Bassinger (and the rest of the young crew) really grew into their parts in third season. They acted like real people (who just so happen to have super powers) instead of just characters on a page. That went a long way towards really helping viewers invest in the adventure this time around.

Which, on that front, it does feel like, in some ways, this third season was tailored as a potential end for the run (even if the production team said otherwise). The first season focused on this new team of heroes -- Stargirl, Hourman II, Wildcat II, Doc Midnight II -- battling the old foes of the Injustice Society -- Icicle, Sportsmaster and Tigress, Dragon King -- as they ISA plotted a nefarious scheme to "save" the world. Here, in this third season, some of the members of the ISA return, now looking to even the score and resume their plans. 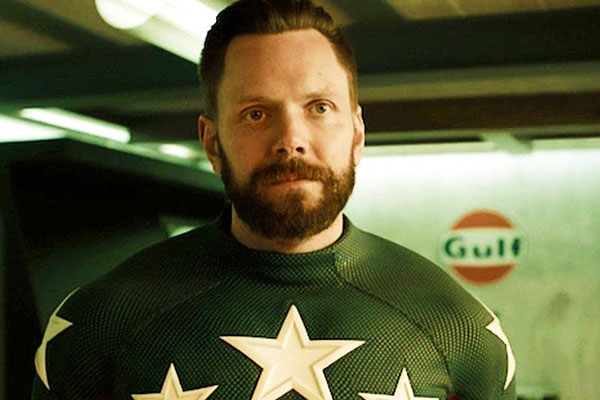 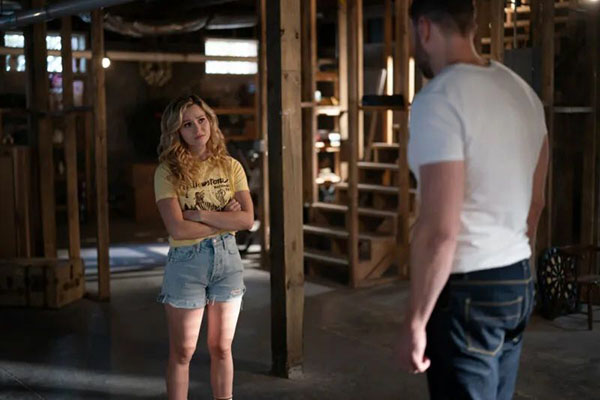 Standing in their way is not just the young JSA but also a returning hero: Starman (Joel McHale). Having seemingly regenerated due to the cosmic energy from the magical staff he, and Stargirl, share, Starman has risen up and wants to once again fight the good fight against the ISA. This does mean learning to share his power with Stargirl, while also aiding the new JSA, but if there's any man for the job that would seem to be Starman. It's a new battle with familiar faces as the show worked to tie up all its loose ends from across the series (whether it meant to or not).

The thing that works better here than in the first season of the show is that this time around the ISA actually seems to be evil. The first season gave them this weird quest to save the world by actually saving it. Their plan in general, to use telepathic powers to convince humanity to actually embrace saving the environment, aiding the less fortunate, and all their other socialistic ideals many of us want, was actually an intriguing idea. Coupling good ideas with the bad guys gave the plan a weird tone, sure, but the real flaw was that by reprogramming humanity a small portion of the population (a few million) would die, unable to take the programming. So it was a good plan but a bad way to do it. Muddied, if you will. The show never really addressed this properly and the whole potential of this storyline was left unexplored.

This third season ignores all that, just getting to a much easier (for the CW's writers) story of bad and good. There are some strange (and at times silly) twists along the way, but that's just the magic of comic book stories. In general, though, giving us solid bad guys with clearly bad intentions makes this season a lot easier to appreciate. And without having to spend time developing yet another villain (as was the case with second season and Eclypso) the show can get right into the heart of the story and really focus on good and bad, right and wrong.

I will say that McHale makes a solid addition to the cast. He has great energy in his role as Starman, showing a bit of that sane pluck that Courtney exhibits, but he also lends more darkness to the role. Stargirl is the heart and soul of the new JSA, but due to his death (and many past mistakes) Starman can't find that same emotional soul. He went through something and it shows in McHale's performance. He's not just a haircut (as he played with Jeff Winger back on Community; McHale finds something much deeper and more interesting for this turn as Starman. 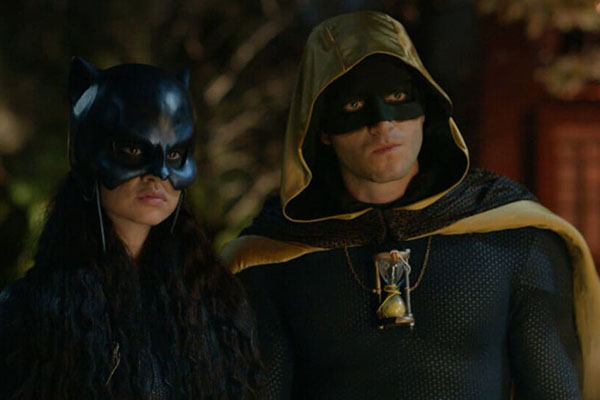 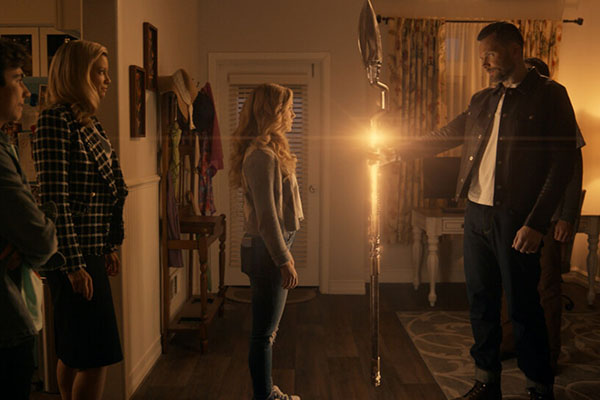 And, really, that extends across this whole season. Aside from a few exceptions (the show still really didn't know what to do with Thunderbolt) the show really matured and grew over this season. It was still a CW show, one that struggled against its budget and the requirements of the network, but within that framework Stargirl was able to craft an enjoyable, and very watchable, third season. Canceled, as it is, the show goes out on a high note, letting fans know it had the promise of more even if, for now, that promise goes unfulfilled.

Frankly, this third season is solid enough that I'd love to see the show come back. If the licensing rights could get worked out for this show, as well as for Legends of Tomorrow, I think these shows would make a great block over on HBO Max. Fans want these series to continue so maybe, one day, WB will get its head out of its ass and bring them back. I just wouldn't count on it.