Well, this is it, the first of three weeks of finales for the ArrowverseWhen it was announced that the CW was creating a show based on the Green Arrow, people laughed. The CW? Really? Was it going to be teen-oriented like everything else on the network and be called "Arrow High"? And yet that one show, Arrow has spawned three spin-offs, various related shows and given DC a successful shared universe, the Arrowverse on TV and streaming. and its shortened seasons. Don't expect much to get resolved as all the producers have said these finales will end with cliffhangers. Hell, The Flash this week ended on a total cliffhanger that resolves practically nothing, so we should expect this to be the norm for everything except Legends of Tomorrow (which finished its full filming and production before the virus hit).

So let's get this show on the road as we head into our finales that aren't really finales but will have to be the best we get for the foreseeable future:

This season has, without a doubt, been a mess. Calling it a "mixed bag" would be kind as this season really failed to live up to any of its potential at all. It started off with the terrible Bloodwork storyline, which started off bad, with a lackluster villain, went nowhere, and then ended with a fizzle. Then we had "Crisis on Infinite Earths", which was supposed to be a huge game changer, especially for The Flash since this show has been hyping up the "Crisis" since its very first episode. Problem is that "Crisis", which being a rather lackluster event in general, also didn't change much of anything for this show. Yes, it's easier for The Flash to crossover with Supergirl, but what else really changed? Where is the world without Barry Allen we were threatened with? All that build up lead to nothing.

And then, coming out of that, we had the new Mirror Master, Eva McCulloch, and her saga. We did already have one Mirror Master, Sam Scudder, but he's no longer a thing while we have a big half-season for this new version of the villain. And, I guess if you were a fan of Mirror Master from the comics, one of Flash's more well-known rogues, this was probably a big deal for you. Eva made a few big moves -- she kidnapped Iris, and Camilla, and Chief Singh, and then worked to completely depower the Flash -- but what's her big plan after that? What was she building towards for her future? Revenge against her husband and then... well, we just don't know. The finale doesn't answer that or tell us just why she needs to be defeated as the big bad for this season (or next season, or whatever).

Some of this is because the season has ended three episodes earlier than it was supposed to. Yes, some of the things she's done have been evil -- the kidnappings, a few murders, general mischief -- but she doesn't seem like a bad person, not like Reverse Flash or Cicada or even Bloodwork. She doesn't have some big plan for world domination that we know of, and if she does the series still hasn't revealed it. She's somewhere above petty crook but below raging megalomaniac with plans for world domination, and it's making it hard to care about what she's up to. 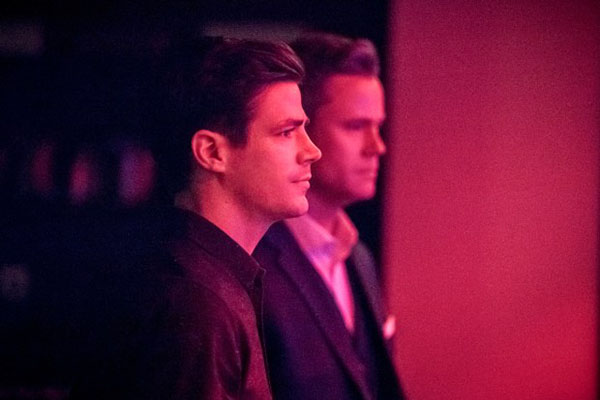 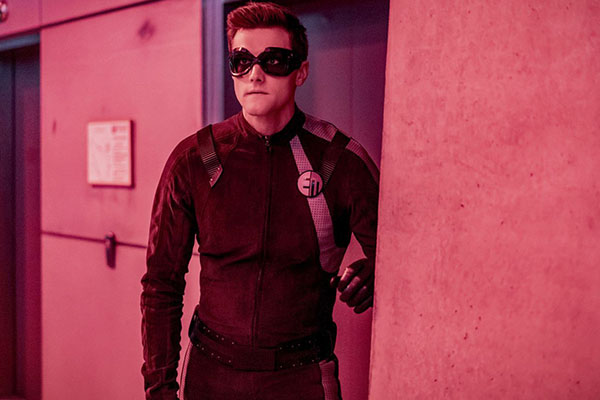 She's, essentially, a low-stakes big bad and if the season had to hang on her defeat (and Iris's rescue) as its finale that would have felt like a weak ending to a weak season. In point of fact, I think the whole Coronavirus shutdown has done The Flash a favor (as bad as that is to say). The producers can take the end of season break and rethink their plan for Mirror Master. Instead of having her defeated in three more episodes they could let her linger throughout the next season, growing stronger and potentially taking on other rogue allies, all for a big finale 22 episodes into next season. That would elevate her a lot and give her whole mission meaning.

Not that I expect that to happen. This episode, while one of the better ones this season has produced -- fun humor, a bit of stakes, and some decently directed action at the climax -- is still pretty week when compared to all the episodes the Arrowverse has produced. It is one of the more daring season finales only because it doesn't finalize anything; it all ends of a giant cliffhanger about the future for Iris, for Mirror Master, and for Team Flash. That's an accident caused by the production shutdown, of course, but I think this finale is probably better than anything the show had planned.

My hope is that, with a long break coming up (since the show won't come back until 2021 at this point, and more on that below) the producers and the writing staff can take this time to really think about their plans for not only this arc but The Flash as a whole and come back with something better and more interesting. This show is struggling and, in its current form, I don't expect it to last more than another season. If it makes it to an eighth season, let alone past that, I'd be shocked. The Flash used to be the best Arrowverse show on the air but, now, it's competing with Black Lightning to be the worst.

Batwoman, Season 1, Episode 19: A Secret Kept from All the Rest

We're now into the penultimate episode of Batwoman and I have to admit I have no clue where this season is going. Unlike with the other shows in this 'verse and their clear story-arcs year-to-year, Batwoman has a ton of irons in the fire and no clear path to resolve them all... if it's even going to. Obviously, with a sudden finale coming up two episodes earlier than it was supposed to we're coming to a point where nothing will get resolved until next season, but I don't know that there were any plans to really resolve anything, frankly.

The big move this episode is the introduction of Hush, a classic Batman villain and the biggest "name" we've gotten out of that canon yet (much better than Magpie or Detonator, frankly). Introducing Hush (who isn't officially defeated this episode and could be the "big bad" to wrap up the season now or at the start of next season, however this works out) is the biggest move Batwoman has made yet to show it's not just some Bat-related also-ran. Sure, he's not the Joker or Riddler but he's still up there and that's great.

That said, the real villain behind the scenes is, of course, Alice and we're still no closer to knowing where her arc is going. She wants to kill Kate/Batwoman because she feels betrayed and has to lash out. That makes sense. But whether that means Alice sees her story arc wrapped up in the next episode, or next few, or whatever is the question. I have a feeling Alice is going to be around for a long time to come. She's this show's Joker and you don't kill the Joker, you let him come back time and again to be a perpetual threat. Alice has that kind of potential so if the show kills her off soon I'm going to be disappointed, to say the least. 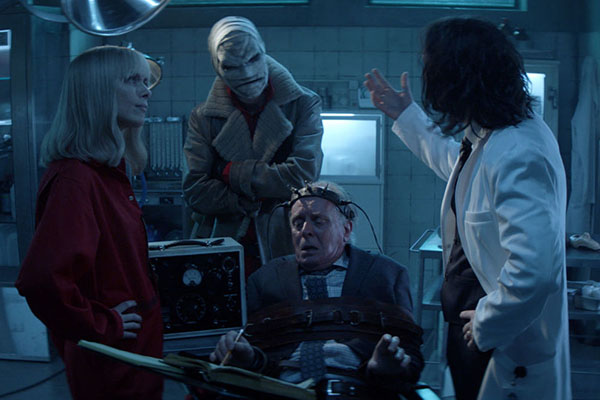 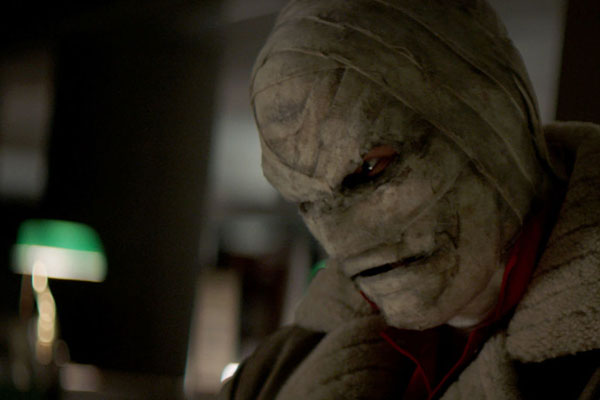 And, honestly, I think Batwoman needs to avoid killing its major villain not only because the villain is great but also because this show is doing interesting things by not following the familiar path of so many other shows in the 'verse. I like this show because it's different, because it's trying to new things and isn't sticking to the script -- again, we have an arc that doesn't feel like it has to resolve itself at the end of this season, and there are so many other plot threads, minor villains, and background stories going on that the show could take a couple of more seasons to resolve it all. Nothing is cut-and-dried here, which is so different from past seasons from the other shows, and I really dig it.

Let's just hop the show is able to continue doing great things in its finale next week, and the seasons to come. I want this show to succeed (despite its low ratings) but it has to keep being different to make that work.