A Moment to Reflect

We're a little over halfway into the seasons for our ArrowverseWhen it was announced that the CW was creating a show based on the Green Arrow, people laughed. The CW? Really? Was it going to be teen-oriented like everything else on the network and be called "Arrow High"? And yet that one show, Arrow has spawned three spin-offs, various related shows and given DC a successful shared universe, the Arrowverse on TV and streaming. shows and I feel like we need to take a step back and have a frank discussion about these shows. If you've been reading along with my articles week after week then I'm sure you and I have developed the same opinion: I'm starting to sound like a broken record. I have the same thoughts, the same complaints, and it seems to carry from one show to the next, week after week: these shows are starting to get really bad, and I'm not sure what could save them. 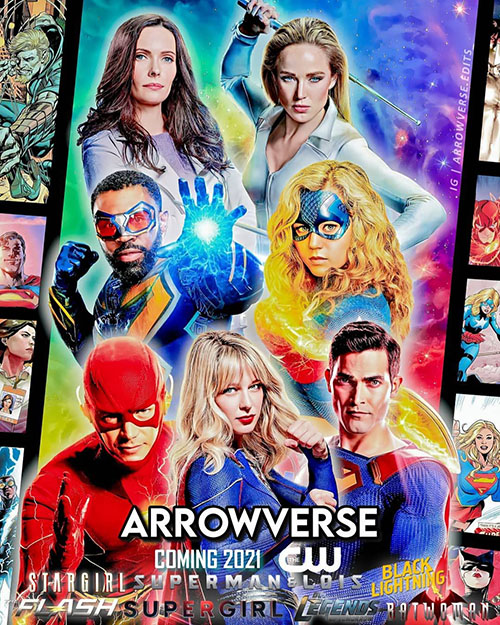 I don't think this is a new development, honestly. Arrow hit its creative peak around season two, puttered along strongly for another two seasons, and started to really fall apart around season five when the various incarnations of "Team Arrow" and all his allies (Black Canary II, Wild Dog, Mr Terrific, etc.) came about, truly losing its way in the last season which was dedicated entirely to "Crisis on Infinite Earths". The Flash had a similar arc, really coming out strong for two seasons before stumbling in the third season arc against Savatar, failing to find a good villain with the Thinker, and then puttering along for three more seasons (so far) without much direction beyond "we have to get to Crisis" and then not knowing what to do after.

"Crisis", in point of fact, was the biggest crossover the shows ever attempted, and was a ratings hit for the CW, but I also think it was the death knell for these shows. Arrow was at its worst for that crossover, The Flash wrapped itself up in the setup of "Crisis" (revealing in the very first episode of The Flash that Barry was going to die in "Crisis"... only to then... not), and other shows -- Supergirl, Black Lightning -- struggled to pace themselves around "Crisis" and it's mid-season brick of episodes.

And all for what? A crossover that, really, failed to live up to all the hype. Afterwards, the shows that really tied themselves into "Crisis" didn't really know where to go now that the crossover was finished, and it feels like, since "Crisis", all the energy in the Arrowverse has been sucked out of the room. The Flash created a lackluster "Mirror Monarch" arc that failed to impress, Supergirl brought in Leviathan (a group of gods that hardly mattered) and Lex Luthor (AGAIN), and Black Lightning... well, that show was never good.

The shows that managed to recover the best were the ones that barely tied into "Crisis" at all. Legends of Tomorrow played the whole crossover off as a joke and then went back to their completely unrelated plot as if nothing happened, while Batwoman had just started and didn't have enough continuity built up for "Crisis" to even matter. The crossover, as big as it was, ended up ruining some shows and being a non-issue for the rest. That's not exactly a "world changing" event, even if all the shows of the 'verse did finally get to exist in the same universe now. It was a thing that happened, and then shows could go back to sucking, or not, as was their way. 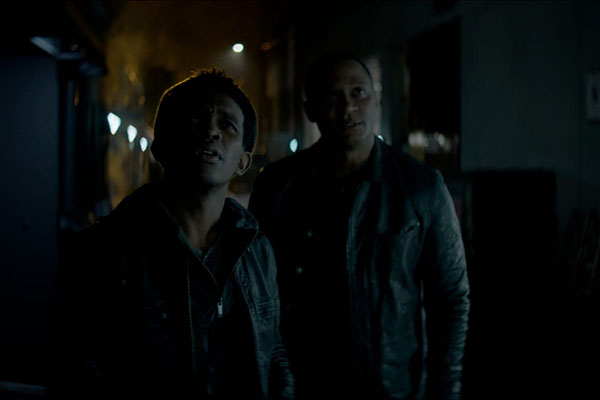 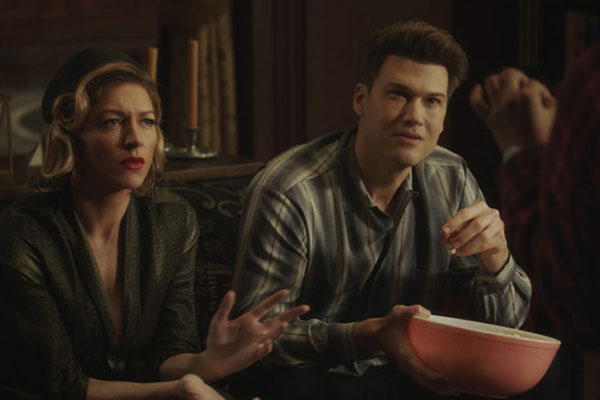 "Crisis" should have been a shot in the arm for the 'verse, a way to wrap up the Arrowverse's first "Phase" (to steal a term from the Marvel Cinematic UniverseWhen it first began in 2008 with a little film called Iron Man no one suspected the empire that would follow. Superhero movies in the past, especially those not featuring either Batman or Superman, were usually terrible. And yet, Iron Man would lead to a long series of successful films, launching the most successful cinema brand in history: the Marvel Cinematic Universe.), but instead its seems to have dragged the whole 'verse down. We should have come out of the crossover energized, a new, five-year threat should have been introduced, and we should now slowly be gearing up for whatever comes "next" for the shows. And that, right there, is what I think the biggest issue is for these shows: there's no "next" now. Where do these shows go when they've done their biggest crossover they can ever pull off?

Well, reasonable assumption would be that the shows tackle the next big crossover event. Likely that could have been "Zero Hour: A Crisis in Time!"; in that story, Hal Jordan (mad with grief and going under the name "Parallax") tries to destroy the whole universe so he doesn't have to suffer his sorrow anymore. To do that story we would have had to get a Green Lantern in the shows which, right, we were supposedly going to get at one point (although now the CW is backing off that plan for some reason). Setting up this arc wouldn't be all that hard -- introduce a Green Lantern (it doesn't have to be Hal in this continuity) in some other show, let him bebop around in appearances once in a while, and then blow up his whole city so he goes mad with grief (as happened in the comics). Then, over the season leading up to "Zero Hour", have him slowly go mad and gain power, all before the actual season of the crossover with the main event.

Obviously, using "Crisis" as a learning point, a crossover like this could be better. More development of the villain leading up to it (and not just the one-off Anti-Monitor who showed up only in episodes right before, and during, the crossover), have plenty of hints about what was coming over the course of the five year build up (Barry gets a message from a future self, the Legends see time quakes emanate out from the future event, Batwoman receives a coded message that she can't figure out for three years). All of this in service to the "Zero Hour" that was to come. That would at least give the shows purpose and direction, things they're lacking right now.

What are the shows doing, instead? Acting like one-off shows that barely relate to each other. No one really talks about the other heroes that exist in the same universe at this point, and it seems like only John Diggle of Arrow (who was supposed to be our Green Lantern) is doing any kind of crossover work at this point. Now of the shows have direction and most of them are just running in circles, doing the same things they've done before while they fail to build any drama or momentum. These shows need a purpose and right now they're all lacking that. 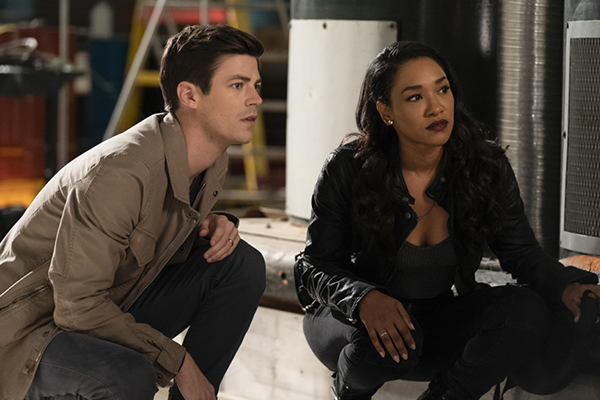 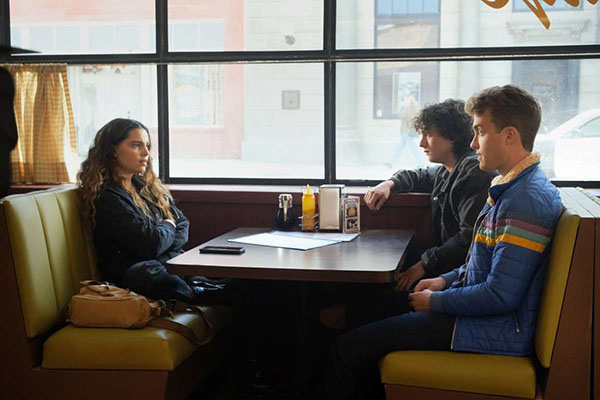 I don't think all the shows are beyond saving. Yes, Black Lightning is gone, and it died like it lived: a jumbled, inert mess. The Flash really needs to be put out to pasture and Legends of Tomorrow is finally running out of gas after three excellent seasons, and probably should also be laid to rest soon. Only Batwoman, which is trying to reinvent itself after the loss of its original lead actress, and Superman & Lois, which is just fantastic, should stick around. We need new energy, a new way of doing these shows, new purpose, and a new crossover to build to. Right now it's just hard to care about most of what's happening.

Each week I keep holding out hope that we'll get something watchable, and each week I'm left wanting. The shows are all, generally, long in the tooth now (including Supergirl, which will be ending this season). It's reasonable that most of these shows would end on any network other than the CW (which, somehow, kept Supernatural alive for 15 seasons). Either a new creative team needs to be brought in for all of these or the CW needs to let most of them go. The status quo isn't working.

To that end, this will be the last season we cover on a weekly basis. I like doing these columns when the shows are good, but we all need to face the fact that, well, they aren't. I spent most of the week dreading writing about these shows, and that's not a good place to be. So we're going to change up formatting after this season; once the shows we're currently covering -- Flash, Legends, Bats, and Supes go off the air for the season, we're going to switch to a monthly format. We'll recap where the shows have gone over the course of a month, and let larger arcs develop. Hopefully that will give me something new to write about.

For now, we're still week to week and I will try to say something more than, "well, this show sucked" again. At least there's a light at the end of the tunnel, even if it's only because I just can't write the same thing every week anymore.