Prelude to the Real Crisis

This is it, the last week before Crisis on Infinite Earths, which means some of our shows have come to their conclusions for the main stories they've been telling. In some cases, such as Batwoman and Black Lightning, the mid-season finale before the big crossover is largely devoid of big climaxes -- hell, in the case of Black Lightning, they doesn't even act like it's anything other than just another day on the show. These shows will tie in to Crisis, but they aren't making it the event their whole universe hinges upon.

But our other shows mark the occasion with more fanfare and action. Arrow is leading to its conclusion, and we'll talk about it more after the winter break (since it's actually off right now for the first half of Crisis, even though all its characters are tying into the event), but for Supergirl and The Flash these episodes feel like the end of the first part of their seasons. New storylines very well could start in the back half, especially if Crisis takes a page from the comics its based on and kills off the Flash and Supergirl during the event, even just for a little while. We could be entering a whole new world for the ArrowverseWhen it was announced that the CW was creating a show based on the Green Arrow, people laughed. The CW? Really? Was it going to be teen-oriented like everything else on the network and be called "Arrow High"? And yet that one show, Arrow has spawned three spin-offs, various related shows and given DC a successful shared universe, the Arrowverse on TV and streaming. come January...

There are two different factors at play in "The Wrath of Rama Kahn" as the series picks up after the events of the last episode -- with Kara trapped in the Fortress of Solitude, unable to escape, Rama Kahn seemingly defeated, and Lena in possession of the mind control device she needs to "cure the world" -- and all these factors play out over the course of this episode. For starters, Kara is broken free almost immediately by Brainy and Alex, and then immediately flies off to track down Lena and stop whatever evil plan her friend is putting into place. So, yeah, like a bad cliffhanger from a cheap serial back in the day, a big danger is teased in one episode and then immediately deflated in the next. Not a good way to start an episode, guys.

The Kara/Lena plot line is the emotional drive of this episode, though, as Kara continually tries to get through to Lena, to somehow make amends for lying to her friend. The issue with this story is that, even now, it still doesn't really work. It's explained to us repeatedly why Lena has gone to the dark side, but we never feel an emotional connection with this heel turn, never truly understand it from her side. In large part this is because we know Kara is a pure spirit who thinks of everyone else over herself. She lied to Lena but we know it was for good reason, so the heel turn just doesn't work. We know Kara better than we know Lena, know she's a pure and happy and light while Lena... isn't. She's a Luthor and as much as the show tries to paint her otherwise, it sill like to let her do the evil things no one else is willing to do for the greater good.

For all her dramatic words about how Lena isn't beyond saving, about how she can get through to her friend one way or another, Kara is dead wrong. Lena is a Luthor and all through this episode I found myself agreeing with Alex that Lena needed to have a giant space-missile dropped on her. A little bit of pain now to prevent all the evil things Lena will plot down the road. That's peace of mind right there. 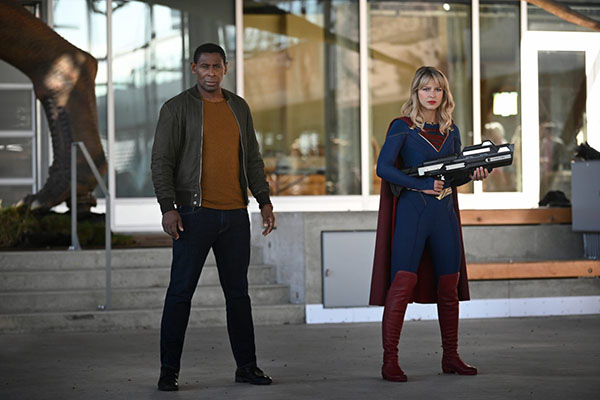 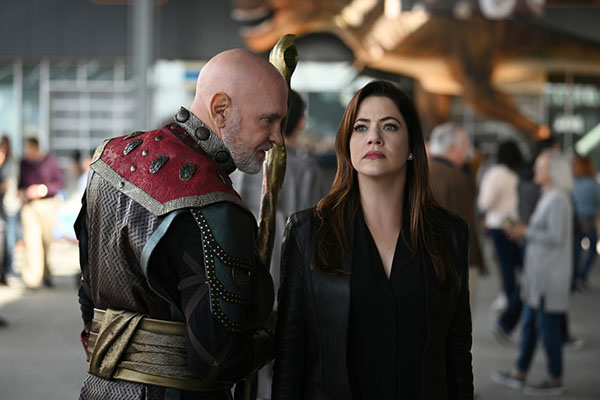 Meanwhile we have Leviathan and Rama Kahn and, wow, does this not work at all. Leviathan was a villain that worked better when they were just a magical, shadowy organization who was always one step a head, always killing people off and staying just out of reach. We didn't know who they were, just saw the evil they were up to, and that gave them power. Now they they've been revealed to be a bunch of "gods" who dress in rejected Babylon 5 costumes, all their power has drained away. They're now goofy and stupid when they should be the biggest, scariest force we've yet seen on the show. The fact that we go from barely knowing them to seeing their leader get bested by Kara, twice, shows how poorly the writers handled this villain. Rama Kahn ends the episode ejected from power with someone else taking over Leviathan, but really, is anyone going to be able to restore the power to these gods? Probably not.

Some of the issue here, with all the episodes of this season, is that no one is ever going to be as good a villain as Lex Luthor. He was near-perfect as the villain of fourth season and now, with him out of the picture (at least until Crisis, as is teased at the end of this episode) the show has a void it needs to fill. Rama Kahn wasn't the guy, and no matter how hard they try to shoehorn Lena into the role, she's not the gal either. Is it too much to hope that Lex gets to stick around after Crisis and can be our villain once more? Please?

Meanwhile, over on The Flash, we get the end, already, of the "Bloodwork Saga". Last week Barry was taken over by the villain and turned into Dark Flash. Naturally this wasn't going to last because Barry has to show up in Crisis next week, as his normal self (and then, probably, die). So whatever neat ideas were teased last week, however much the fans might have wanted Dark Flash to hang around, it just wasn't going to be in the cards.

Thing is, I'm okay with Dark Flash being wiped away so quickly. We've already had so many evil speedsters in the 'verse -- Reverse Flash, Zoom, Reverse Flash again, Savatar, Godspeed, Reverse Flash again -- that having Barry become an evil speedster didn't really feel fresh or interesting. Sure, making him a puppet of Bloodwork was a nice twist but that didn't really make it new ground to tread. So having them raise it, drop it, and move on was probably the best outcome we could have asked for. At the same time, I don't really think we needed Dark Flash at all -- it helps to up the stakes for a bit for Bloodwork, but unless that villain was going to get a bunch of episodes (which, again, wasn't going to happen with Crisis on the way), anything Bloodwork wanted to do was going to be one-note and over quickly to prepare for next week. And so it was.

And I'm fine with that. Bloodwork hasn't been working for me all season largely because we never understand him. I still have yet to get how making people into immortal, brainless zombies as part of the Bloodwork hive is somehow "saving humanity". I get that Bloodwork is clearly insane but this is a little too hard to rationalize even for a weird, insane villain. Maybe if they could have established that his weird blood parasites were driving him insane in the process that might have meant something, but most of the time Bloodwork seemed pretty rational. His plan was just stupid. 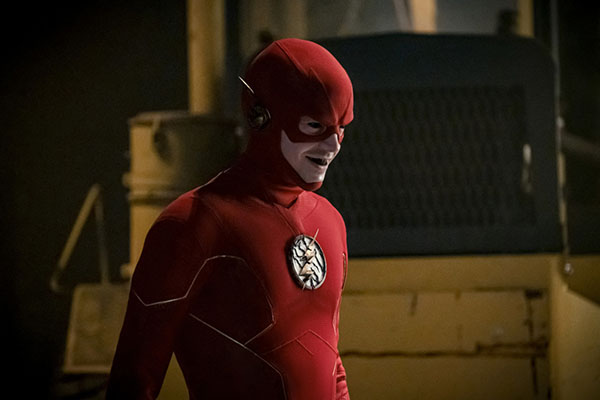 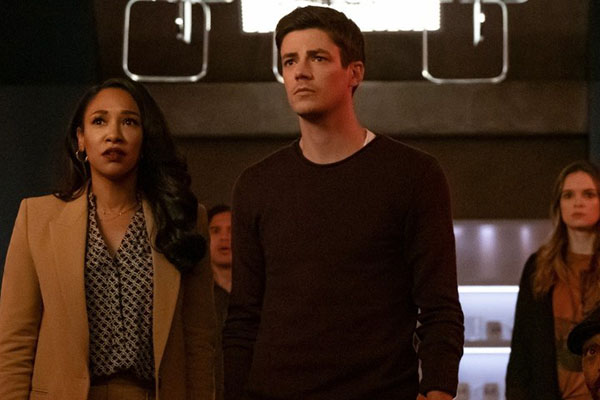 And then it's over. As quickly as Bloodwork escalates his plans, it all comes to a close. This is a villain that really seemed half-baked from the beginning, a meta who went zero to one hundred in no time flat without a whole lot of build up and time for us to grow to understand him, respect him, or find him interesting. I mean, we've had plenty of other villains on the show with the same issue -- the Thinker, Cicada I and Cicada II -- and they all got way more time to not thrill us. I guess it's nice that at least the show wasted no time in wasting our time. That's an improvement, right?

Now that Bloodwork is out of the way (at least for now, what with him being in ARGUS custody) we can focus on Crisis and then move on to some other villain after the fact. Maybe we can get someone new that's interesting. So far we're had a lot of pretty crap villains over the last three years. Maybe one day the show can recapture it's glory and get it right again.