Saying Goodbye to the Girl of Steel

Well, this is it for Supergirl. We all knew this was going to be the show's last season and despite it getting broken into two halves, due to COVID scheduling, we have finally reached the end. This marks the third show in the ArrowverseWhen it was announced that the CW was creating a show based on the Green Arrow, people laughed. The CW? Really? Was it going to be teen-oriented like everything else on the network and be called "Arrow High"? And yet that one show, Arrow has spawned three spin-offs, various related shows and given DC a successful shared universe, the Arrowverse on TV and streaming. to come to an end, after Arrow and Black Lightning, and as with those shows this ending feels long overdue.

But let's get into all that below. It's time to say goodbye to Kara Danvers:

The end of Supergirl is bittersweet. That's not because this finale is particularly good -- like the whole of this last season of the show, this two part season finale wavers all over the place while never actually managing to be very good -- but because I used to be such a big fan of this show. It had its stumbles to be sure -- the first season wasn't the strongest, and after the build up to "Crisis on Infinite Earths" and the fallout from there the show struggled to find anything to say -- but it's core cast was strong and Melissa Benoist was fantastic as Supergirl. This last season, though, was just awful.

Part of the issue stems, of course, from the CW's decision to split the season into two half-seasons. Yes, the two chunks were connected by Nyxlie, the 5th dimensional imp that was trapped in the Phantom Zone with Kara who then became the Big Bad of the back half of the show, but the two halves were so removed from each other, and also fairly rushed in the stories they were trying to tell, that neither portion felt truly developed. An adventure of Kara in the Phantom Zone, fighting bad guys in there while also working to save people trapped in the zone since Krypton's destruction, could have made for a compelling season of TV. Kara dealing with a 5th dimensional imp wanting to conquer the universe also could have been compelling. Both forced into the same season meant that neither got the space it needed to breathe.

Naturally, some of the blame has to fall on the cheapness of the show. The Phantom Zone, as depicted on the show, ended up looking like a studio backlot with some back background sets and bland production values. For all the storytelling promise of this dimension the actual Phantom Zone looked... boring. Even the version of the Zone shown in the failed Syfy series Krypton looked better, and that was just a bunch of green screen CGI bullshit. What the CW did here was pathetic.

That said, then the second half of the show became a glorified item-of-the-week fetch quest that never managed to build any kind of momentum. The team had to collect seven totems that represented aspects of humanity, from dreams to love to, I dunno, hunger or night sweats. None of them actually mattered because the show didn't really do anything with the totems. It's a lot like back in "Crisis" where each of the heroes was told they were an embodiment of a powerful human trait, like Courage or Wisdom... and then never actually doing anything with it. On Supergirl these totems allowed the users to shoot out beams of energy, but as far as actually teaching the characters anything, or adding to the actual plot mechanics of the show, the totems was a complete wasted effort.

It doesn't help that the show lost the ability to actually tell a convincing superhero narrative. From the awful early scenes this season where Kara's team had to battle the Phantoms without Kara (as she was stuck in the Zone), to all the superheroics after the show came back from its mid-season hiatus, none of it has been convincing, or interesting, in the least. It's not just that the show was struggling to meet the lofty ambitions of its creators as it battled the budget of the CW series (that's always been the case on the show) but that none of the fights on the show even felt ambitious anymore. Set the heroes up, hit them with a beam of energy, have them fly back, and then the villain runs away. That scene was basically the only superheroics we got this entire season. It sucked. 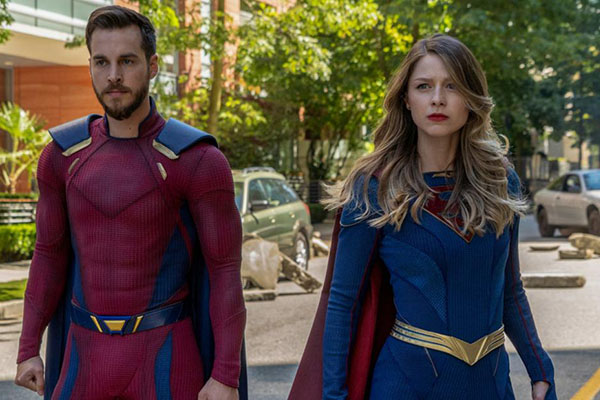 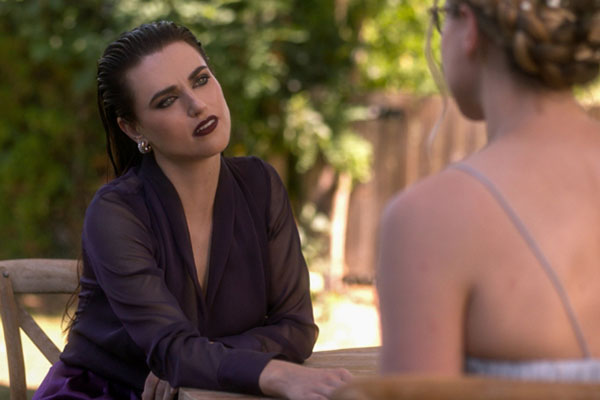 The single worst aspect, though, as that the show lost all sense of its characters. The characters on the show, Kara and Alex especially, were the beating heart that made everything work. Whatever else was going on, the show could be relied on to go back to the characters to hang out with them and get the emotional beats needed to sell the story. That didn't happen anymore though as, from episode to episode and scene to scene, the characters stopped acting in a consistent manner. The show sped through so much development that the characters were yanked around to get through every scene they had to cover, especially in the back half of the season, that they could never settle down and be consistent. Alex, for example, had to help her girlfriend become Sentinel, find a kid to adopt, bond with her, and get married all in the span of seven episodes. That's multiple seasons worth of story crammed all in at the end because the show was ending and the producers had to make it happen.

Kara was the worst served by all of this because the soul of the character was missing. She was a pawn moved through the machinations of the story but it didn't feel like she was really present at all. It's clear the creators knew this as they tried to have her go on her own journey of discovery in these last two episodes. "I feel like I can't live one complete life," she says, which was never a problem for her before mind you. So she decides to reveal who she is to the world so Kara and Supergirl can be the same person. Like... what? For starters, all the people close to her (including Cat Grant, as it was revealed by series end) knew who she was so she could just be herself most of the time. Cat was buying back Catco as well, and wanted to make Kara the lead Editor of the magazine / website / whatever, so Kara's issues about managing her personal life and Supergirl life were suddenly cleared as well. What was the point of this?

Worse, what does it mean for all the shows connected to Supergirl. By revealing her true identity on her show Kara has just essentially revealed the identities of everyone else. Clark, her cousin, suddenly outed because people know he's her cousin and Superman and Supergirl are cousins, so two and two is easy to put together to make four. And all the other heroes that worked with Supergirl, most of whom don't wear masks (like Alex) suddenly are outed as well. This is a ridiculous character twist to throw in that feels like it was meant to be poignant but doesn't actually make any sense at all. It didn't make sense as I watched the episode and the more I think about it the dumber it is. Clearly the producers knew they could dump this reveal at the end of the series and they wouldn't have to deal with the fallout. Five-to-one says that Superman & Lois just pretends this didn't happen at all.

Seriously, though, I struggle to to think about anything in this final season that I actually liked. The show has been on a death spiral since Season Five, yes, as it struggled to find direction post "Crisis", but even that season seems amazing in comparison to this awfulness. Part of me thinks the best thing they could have done would have been shoving Kara into the Phantom Zone at the end of last season before letting that plot line resolve on Superman & Lois. This series would have been better off without this final season to truly ruin its legacy.

That is, sadly, how this show is going to go out. It will be remembered by this final season which totally failed, in any way, to send the show out on a good note. It's twenty cringe-worthy episodes full of utter tedium and garbage before the show goes out with a complete whimper. Supergirl, the show that for four pretty solid seasons gave us the Girl of Steel on the small screen, deserved better. Melissa Benoist has stated before that she doesn't see coming back to the role of Supergirl in the future and, frankly, I can't blame her. If this is the best the show could do for its last season I wouldn't want to come back either.