Not All Megas Are Created Equal

The Mega ManIn 1987, Capcom released Mega Man on the NES, a game featuring a blue robot that fought other robots and took their powers (so that he could then fight other robots with those powers, and on, and on). The series went on to release over 50 games in 30 years and become one of the most famous gaming franchises in the world. is not traditionally associated with PC gaming. That's not really surprising as most NES-originated series didn't usually make the transition to PCs early in their lifespans. Sure, eventually you got the one off title (like TMNT: Manhattan Missions), but classic console titles didn't really start showing up on PCS until well into the SNES era (or even later).

Many fans of the series probably don't realize that one of those rare one-off titles did, in fact, come from the Mega Man series (twice in fact, as we'll cover another time). In 1990, Capcom released a PC title in the classic Mega Man series, titled "Mega Man". Of course, the reason most fans don't know about the title is that its just not good. Bad, in fact. Quite terrible, even. This Mega Man is barely a Mega Man.

Normally I'd say "at first blush" to discuss how a title like this puts on the veneer of a proper title in the series, but the DOS Mega Man really doesn't resemble anything in the series. Yes, the Blue Bomber shows up in this title, but he doesn't look exactly like he should. It's more like Mega Man as filtered through one of the terrible covers from the classic NES titles. It's close, but you can tell that the person designing the character didn't have access to the original sprites and just tried to make them second hand from some drawings. It's not quite right.

Mega Man's appearance, thought, is still better than everything else in the title, though. For starters, this is easily the shortest title in the whole series. After a short intro stage (if you call a single short hall with two enemies a "stage"), Mega Man has to take on a whopping three robot masters -- Volt Man, Dyna Man, and Sonic Man -- before taking on Wily in a single stage. Five stages (and barely that). It's a piddly amount of content for an official release, one that Capcom did, indeed, sell in stores.

That said, even with the small amount of content, most players likely wouldn't get very far in the game. That's because, despite the short length of the overall game, most of the stages are lengthy slogs. The three main levels are all exceedingly long mazes, often with a few side paths that don't really go anywhere, and room after room that seemingly go on forever. I remember playing this game back when it came out, entering Volt Man stage, taking a wrong turn and never figuring out where to go. The stages can be quite linear, but it's just as easy to get turned around in them, lose your way, and never see the light of day again. 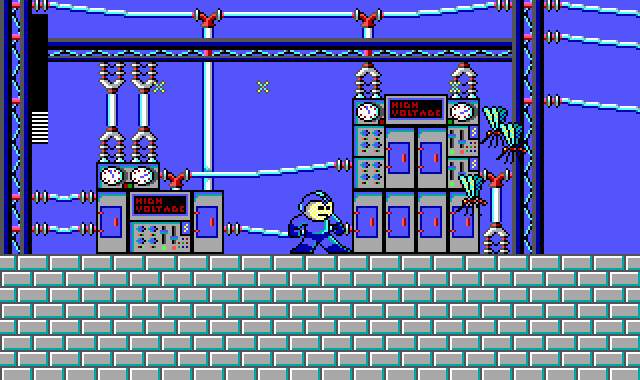 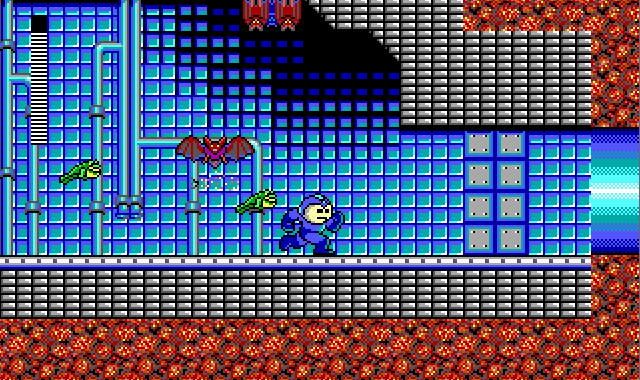 Being stuck in these stages sucks, too, because the enemies in the game constantly spam. It's seriously a spamming barrage, on par with many of the worst instincts of Mega Man fan-games. There are a ton of enemies in every room, often in spawn-camp areas that will just nail our hero over and over again. That is then coupled with guns, turrets, and other pellet shooters, all of which also fire constantly. The bullet hell is real in this game, so even with liberal health drops throughout the stages, making it through these levels can be a real pain.

If you do manage to take out a Robot Master you could be rewarded with something really useful, though. There are only three robots to kill, and two of them have decently useful weapons. The Sonic Wave is a fantastic weapon while the Force Field is a solid defensive item. Taking these items on and using them through the rest of the (very short) game can make the going much easier. However, the less said about the awful Nuclear Detonator, the better.

It's just hard to find anything nice to say about this game. When you boot it up it doesn't feel like a Mega Man game -- and not just because there's no music and barely any recognizable enemies. If you've played other "classic" PC games, this title feels like something for old-school id Software. Commander Keen or Duke Nukem, for example. The energy, though, is all wrong for a Mega Man title.

I don;t want to sound too harsh on this title because, to be fair, it's the work on a single guys. As the story goes, one dude, Steve Rozner, who used to work for Capcom before leaving to go make games for other companies. While he'd been at Capcom he'd started work, on his own time, developing a Mega Man title. When he left, he mentioned it to Capcom and, for whatever reason, Capcom said, "that sounds great," and just released whatever he created. That's a whole lot of latitude and it's pretty impressive that Rozner created a game, any game, on his own. 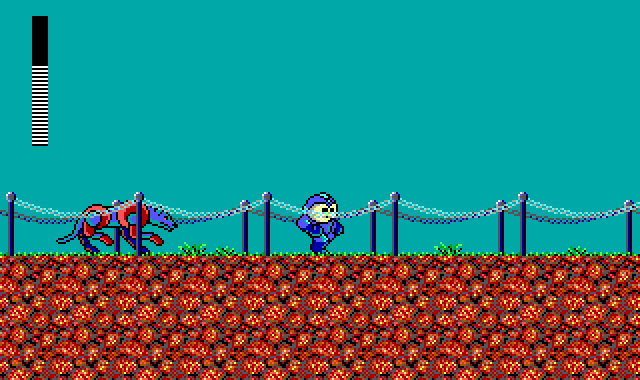 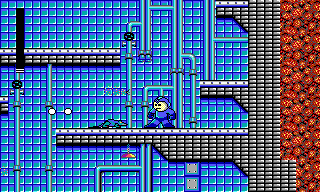 Despite that accomplishment, thought, I can't help but think that Capcom maybe should have played the game once before agreeing to put it out. Mega Man for DOS is a brutal, annoyingly challenging, completely unfun experience that barely holds together as a Mega Man game. I'm absolutely positive anyone that played this game back in the day likely rage quite it out of disgust. Even players that like playing this game do it as a kind of "hate-play" because of how bad it is. This is a terrible game but, admittedly, a very interesting footnote in Mega Man history.

If you want to see it once just to experience this strange little game, we can't blame you. Just know that if you quit it after five minutes we also can't blame you for that.