I Feel Like I've Seen This Board Game Before

Wily and Light: Mega Board

As we've been going through the Mega ManIn 1987, Capcom released Mega Man on the NES, a game featuring a blue robot that fought other robots and took their powers (so that he could then fight other robots with those powers, and on, and on). The series went on to release over 50 games in 30 years and become one of the most famous gaming franchises in the world. series, in chronological order, I discovered we actually missed a game. That's in part because the Wikipedia section on Mega Man buries any reference to this game, Wily and Right no RockBoard: That's Paradise, deep within sub-pages of the site. Of course, that's because the game is one of the only Mega Man games to never leave it's homeland of Japan. There were plans to port the game in one Mega Man collection or another, but that never happened. 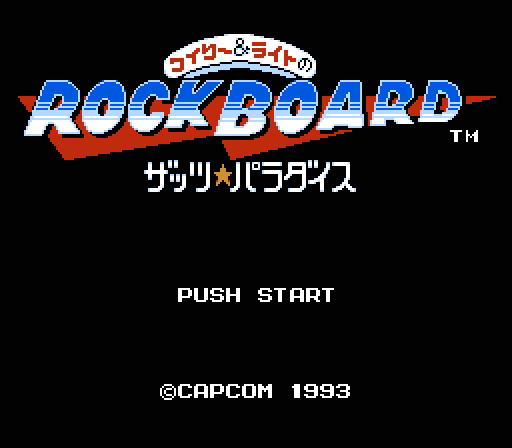 It's a pity because Wily and Light's Mega Board (as we use an Americanized name for the game from this point forward) is actually a pretty fun little game. It has its critics Online, and we'll discuss many of their opinions below, but suffice it to say that if you ever had the desire to see Mega Man characters play a variation of Monopoly, this is the game for you. Of course, if that sounds like a really stupid idea for a game then clearly we've already ruled you out from the audience.

In Mega Board up to four players will go around a board as one of five characters -- Wily, Light, Cossack, Kalinka, and Roll -- buying properties, building labs, and leeching money off the other players all so they can become the richest and win the game. From the outset players will choose one of two modes for the game: traditional bankruptcy rules (were it's last many standing) or battle royale (where players simply try to reach a per-determined wealth level to win the game). From there, once the players are in the game, it should feel pretty familiar to anyone that has played Monopoly: rolls dice, buy properties, and collect money until the game ends.

That said, there are some twists that change the basics of the game in intriguing ways. For starters, one a property is purchased anyone can build on it. Essentially, if a player lands on a property that someone else owns, one that doesn't also have a building on it, they first pay rent to the property owner and then are free to build their own lab on top. The money they spend on their buildings is funneled to the other player (with a bit sent to the bank so it's not a straight 1:1), forcing money to travel back and forth between the players' coffers.

This then leads to the other big twist: when someone lands on a property someone else owns, they can try to buy it out from under the other player. They can do this both for the labs on properties as well as the main property deed itself, and the other player is compensated with most of the money when this happens. It's a weird give and take that means properties are constantly shifting hands while players are getting richer and poorer in sporadic ways. I actually enjoyed the chaos of this to an extent, finding these twists rather refreshing. 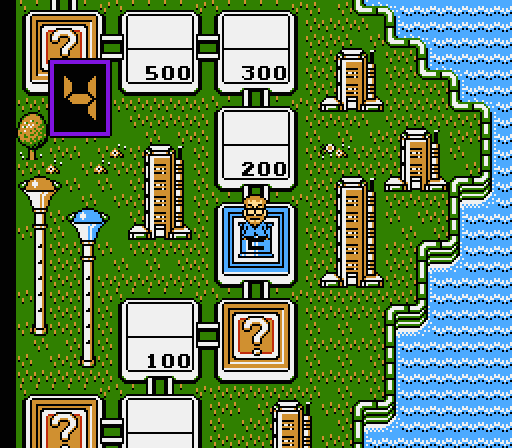 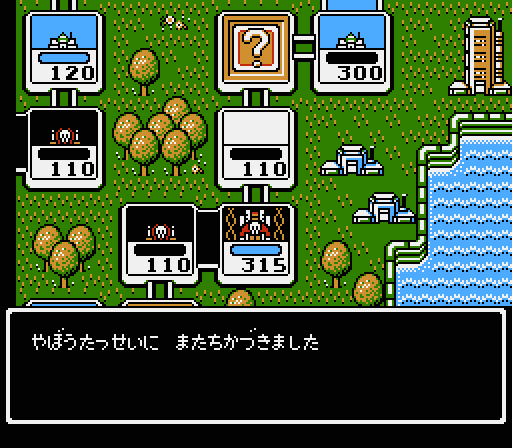 That said, the way properties are bought and upgraded can be a tad annoying. Remember, you have to land on a spot to build on it, a change to the game that stands in contrast to Monopoly. If you want to build a lab (or upgrade one you already own, which can be done twice) you have to land on that spot again. Sure, you can buy any spot you want from other people (for a hefty fee), but you have very little control over the spots you already own. This tends to drag at the pace just a little as you're entirely dependent on the whims of the dice for your property and upgrade options.

The lack of strategy hampers another interesting twist on the game: properties gain proximity bonuses to other squares owned by the same player, increasing in value; if a player owns to property spots, or two labs, or both, the nearby lands see their rents also go up. I liked this as a reward for buying more properties and controlling more labs but, again, because your movement is random and there's seemingly no way to control where you're going to end up, there's no way to control this mechanic in any meaningful way. When it happens it's great, but there's no strategy to it, no engineering you lands in a meaningful way.

Also hampering the game some is the fact that everything outside the property purchasing mechanic drags the game down. When you land on a chance spot, the game doesn't just give you a card but makes you select from three (face down) options, slowly down the reveal. There's a gambling spot in the game that seems entirely random but, if you don't own the square, you're forced to gamble every time you're on it, wasting another minute. And there are so many long menus, so many options that the game forces you to decide, one by one, that none of it flows very quickly. As bit more UI design, a few tweaks could have really made this game hum along at a faster clip.

The worst parts, though, are the forced Mega Man boss references. Because it's a Mega Man game you expect characters from the series to show up (beyond the five playable characters). I have no issue with this in theory, but each boss that shows up takes more time to watch their animation as they attack another player, wasting time on a game that's already really long -- an average play through on battle royale will take you an hour minimum; I've never made it through a bankruptcy play through because that just takes too darn long. 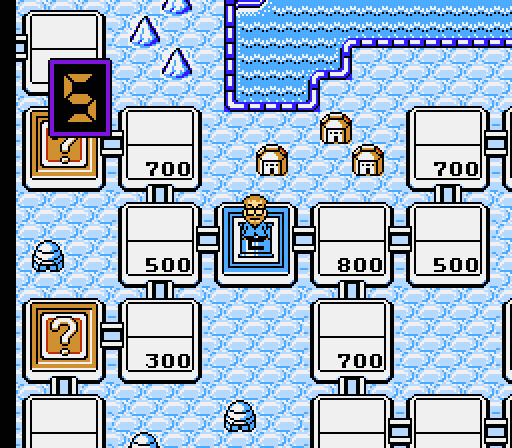 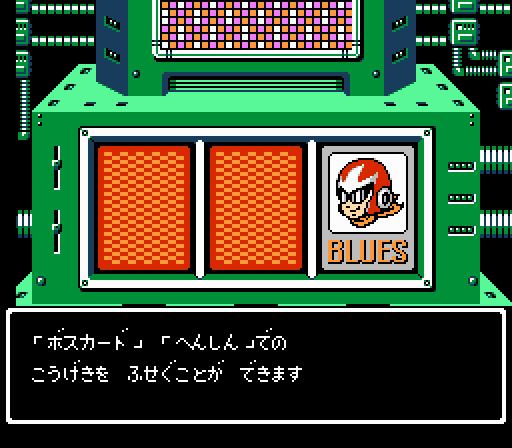 Then there's boss transformation square, which is even worse. When a player lands on this spot they're changed into a random boss that gets one kind of attack on a player, like steal cards or money from another player. Which in this transformed state the character doesn't pay rent but also can't purchase land or labs. It hobbles the player and they have to make a complete circuit of the board before it wears off. Worse, it's no optional; if you land on the spot you must transform. There are a number of ways this mechanic could have worked -- put more boss sports around the board but limit how long the last for is an easy change that makes the mechanic better -- but the designers implemented it in the worst way possible.

So yes, there are a lot of issues with Wily and Light's Mega Board, a number of things I wish had been changed in the development of the game before it was released. They're all largely simple fixes to make so it would surprise me if someone out there hasn't already done a rom hack that fixes some of these things. Would have just been better if Capcom had done it themselves; maybe if they had fixed the game a bit before release it would have been more popular and then made it state-side as well.

Still, despite its flaws I do really enjoy the core mechanics of Mega Board. It's a creative reinterpretation of the base Monopoly game, one that manages to make the concept of a property-buying board game actually fun again. Give the game a try if you can track down a copy (legally, of course). You'll likely enjoy it for what it is for at least one play through