Fighting the Classics, One Last Time 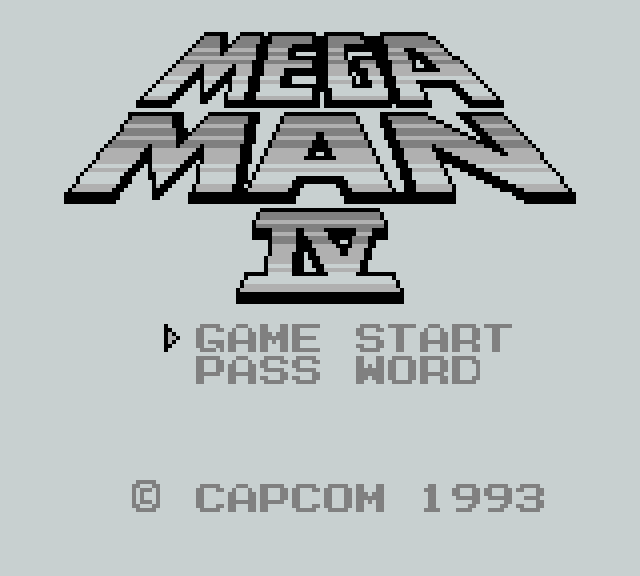 Like the previous Game Boy games in the series, Mega Man IV features a mix of Robot Masters from two previous NES editions in the series (this time the remaining Robot Masters from Mega Man 4 and four from Mega Man 5). Mega Man will have to battle the Mega Man 4 bosses first, gaining their powers (and, maybe, finding Beat in the process) before gaining access to the first Wily Fortress for a short set of battles. Then it's on to the Mega Man 5 bosses before the final slog through Wily's fortress begins. By this point anyone that's played any of the Mega Man games on Game Boy will know exactly how it goes.

Not everything is exactly the same as in previous games, with the big change being the addition of a ship to Mega Man IV. As Mega explores the levels he'll collect P-Chips (which, in later games in the main series, would come to be known as "bolts"). Once he's collected enough of these he can visit Dr. Light's shop (run by Auto in later games) and purchase items like E-Tanks, W-Tanks, and the all important Energy Balancer. It's hard to overstate the importance of this shop for this game -- the inclusion helps to ease the difficulty some, allowing players to grind, collect chips, and buy enough health and weapon energy to make it through some of the harder sections of the game.

That is, if they need the help. While I certainly suck at every Mega Man, i did find this fourth Game Boy edition to be one of the easiest in the series. Gone are the evil level design and nasty enemy placements from Mega Man III -- things are much more manageable in this game, almost sedate in places. It's probably too easy a game for hardcore players, but I certainly enjoyed this version of Mega Man over the tough-as-nails game play from the third Game Boy game.

Plus, I love the Energy Balancer. Being able to pick up weapon refills and have them auto-applied to my guns not only make it easier for me to keep topped up at any time but it also encouraged me to go out of my way for some extra power-ups. This is an essential item, one that feels like a core element of Mega Man (largely because it's appeared in just about every game in the series since first showing up here). This is always the first thing I save up for in the game, and absolutely essential utility I can't live without. 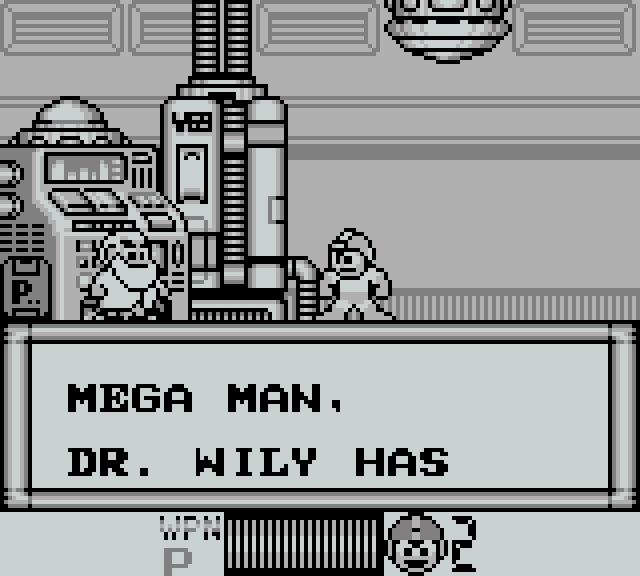 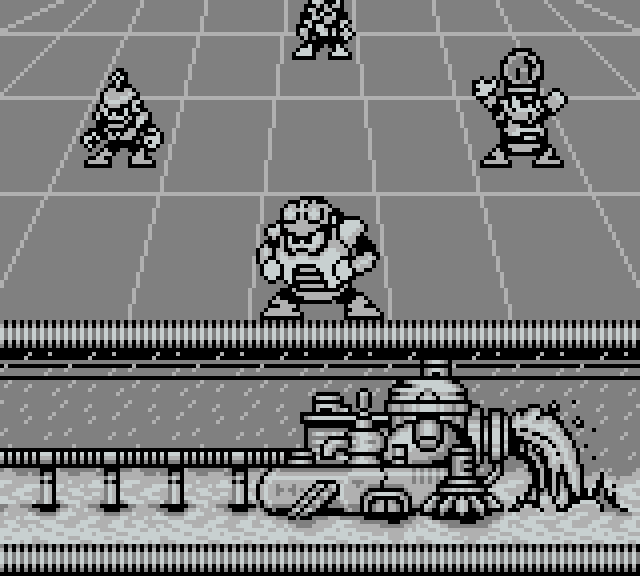 Along with plenty of ammo in the game (fairly distributed by the Energy Balancer), Mega Man IV also fixes the health refill drop rate from the third Game Boy game. By that I mean health actually drops (and isn't all just weapon ammo, all the time). This, too, helps to ease the pain of this game, giving players a chance to breathe, to relax, to not worry about the occasional face-tanking of damage. This is a relief and I'm glad Capcom realized it was necessary.

Not everything in the game is sunshine and roses, though. For starters, this game is very detailed and nice to look at, but in the process of making a pretty game, Capcom also made a very laggy one. Players will regularly see a bit of slowdown any time more than a couple of enemies are on screen. Many sections of the game are just totally laggy like the engine is struggling to produce both the background sprites, effects, Mega Man, and everything else on screen. You do eventually get used to it, learn to work around it, but this is the kind of thing you shouldn't have to get used to in a fast-paced run-and-gun game.

Also, for whatever reason, Capcom nerfed the Mega Buster. In this game, when Mega fires off a charged blast he gets thrown back slightly. This adds a weird pace to the run-and-gun game play, to be sure, slowing down the pace a touch. Worse, there are times where I've died because the knock-back from the Mega Buster blast was enough to send me into a pit or onto sprites. I'm not sure why Capcom felt this nerf was necessary (maybe to encourage people to use the Robot Master weapons instead of just killing every boss with the Mega Buster, like you could in Mega Man III), but it hurts the overall game play

And while we're lamenting stupid decisions, I still don't understand why Rush Coil is once again doled out after defeating a Robot Master. Rush Coil is a basic, essential utility and he should come packaged in with Mega from the beginning of the game (like he does in the NES games from Mega Man 3 on). 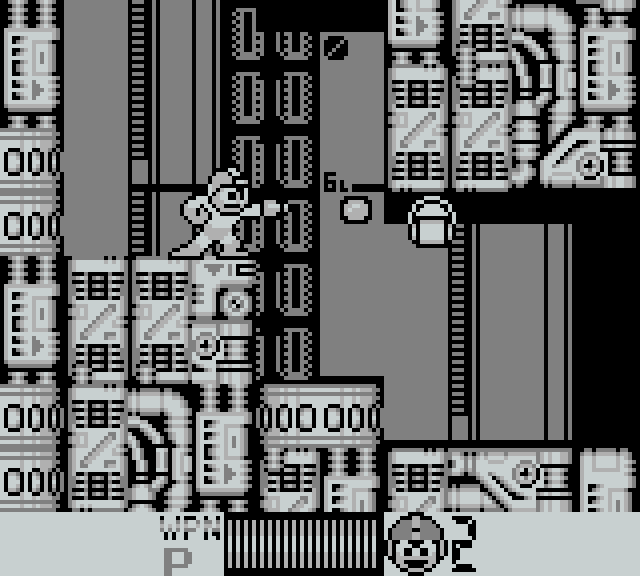 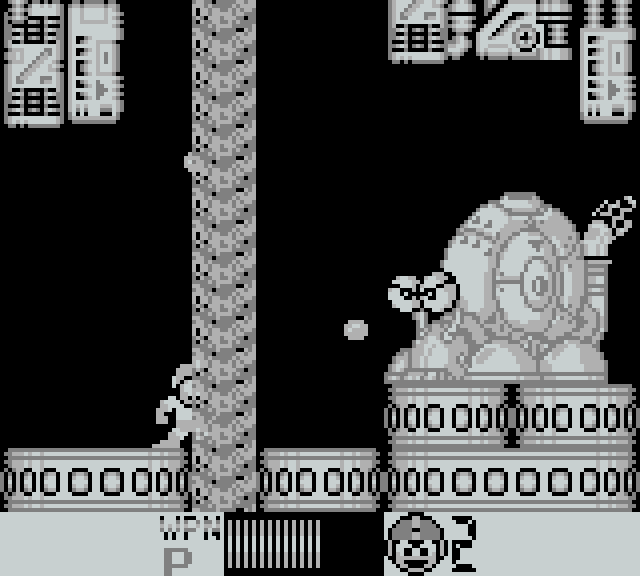 What I think is most interesting about Mega Man IV is that it feels the most like one of the full-fledged NES titles. Sure the small screen still hampers the game a tad (while sometimes aiding the players with less room for enemies to dodge your weapons), and the game is still steadfastly monochrome. And yet, it features lengthy stages longer than any previous featured in the Game Boy games. This game has one of the longest sets of Wily stages in any of the portable titles, and even many of the later Robot Master stages are gauntlets of their own with a ton of split paths and hidden sections.

The game even features Robot master re-fights, the first in the portable series to do so. Although the previous games proved this wasn't entirely essential for the series, it is nice to have this section of the game back, a second chance to fight all the weird and full Robot Masters in this game and play around with the full compliment of weapons.

As far as the Game Boy Mega Man games are concerned, Mega Man IV is easily one of the best of the set. Well balanced, lengthy, and fun, this game does just about everything right (aside from a few weird changes to the overall formula). I would even state this game can contend with some of the big-boy editions over on the NES (I certainly like it a lot more than the first Mega Man game). Some people might argue with that statement, but I'm gonna stand behind it: Mega Man IV isn't just a good portable game but a great, proper Mega Man title in its own right. 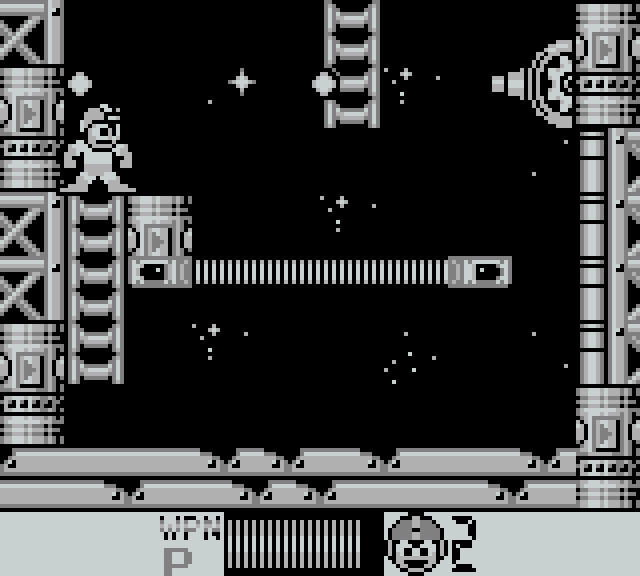 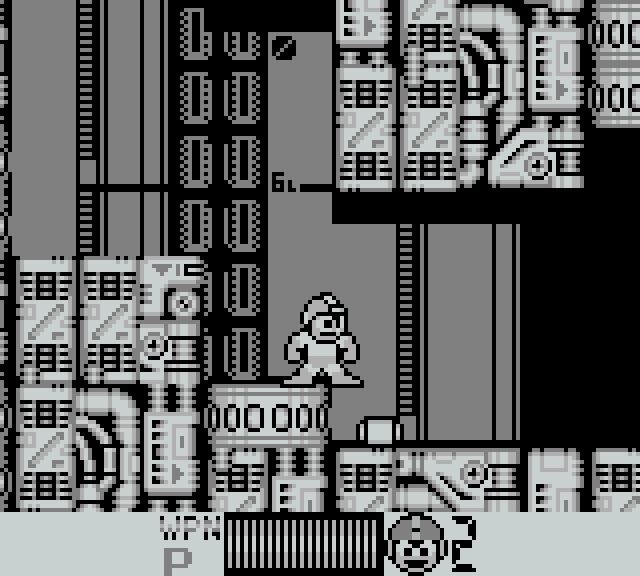