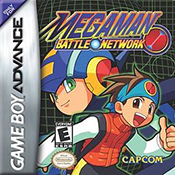 I suck at video games. I don't make much of this since it's just a fact. I'm decent at current games since the industry has long since tried to make sure everyone can play through most games to the end, but achievement hunting is pretty much out for me (I'm not good enough at most games to meet all the necessary requirements to do the obtuse goals they love to set out in achievements), and I'm simply a liability in any kind of one-on-one or team-based combat games. Don't rely on my to aid you is what I'm saying.

My lack of skill is especially prevalent in older games, especially during the NES era. I love to watch people play those games, but I'm certainly never going to be able to play through the Castlevania or Mega Man series any time soon (especially ironic since I run two different Castlevania websites). Thankfully in the age we live in I don't have to stress over that -- YouTube has me covered. I can watch people play through just about any game I lack the ability to make it through myself, so while I might never get to the fortress stages of Mega Man 2 I can still appreciate the awesomeness of that area's music with the proper ambiance of the blue bomber blasting his way through Wily's hordes of enemies.

One series I'm perfectly happy watching instead of playing, though, is the Mega Man Battle Network series. I'll be honest, while the mechanics of those games look fun, the story is absolutely atrocious. It's the vague future where everything we do is online, programs have personalities, and the internet is a fully realized 3D world (that, eventually, even the humans can some how explore if they can find a way to jack their own minds into it -- like the Lawnmower Man except somehow even shittier). Anyone with even a vague idea of how computers work will rebel at just about every story beat, meaning for me I end up rolling my eyes during every cutscene.

Now, yes, I recognize the game series is meant for kids (certainly, like Pokemon, it has an anime I'm never going to watch, and not just because it's anime and I hate anime), but a kid's program of any kind doesn't have to have a terrible story. This one is just so painfully bad, from a writer's perspective, I just can't see how even a kid could tolerate the plot of any one of the MMBN games.

As I said, though, the games look really fun to play. Mechanics-wise, I kind of dig the strategy of figuring out which attacks to use and getting the right combinations to use to clear your enemies out before they manage to kill you. It's a neat concept and, if you can ignore the story, the execution looks top notch. However, Capcom being Capcom, there is one issue holding the series back, especially in later entries:

Capcom doesn't like to put in effort. Once a series is established, especially when it comes to the blue bomber, they seem to want to simply crank out titles with as minimal effort as possible:

For the original Mega Man, the graphics didn't change much after the very first entry, and by Mega Man 4 all the beats of the series were fully established -- slide, charge shots, fight bosses and gain their powers, plus gain upgrades for your robot companions. There were a further 6 entries in the main series with only minimal variations on those beats (MM7 and MM8 upgraded the graphics but kept the mechanics the same while MM9 and MM10 reverted the series to it's retro stylings and "innovated" by actually removing things like sliding, charging, and animal companions). When the series moved to the Game Boy, they just down-converted the 8-bit graphics to greyscale and left things largely the same -- even the bosses were almost entirely the same. The only game in the main series to show any spark of creativity, Mega Man and Bass, reused two bosses from another game.

(Although, not to short shrift the Game Boy Mega Man V which did have at least a different plot from any of the NES games even if it otherwise played the same. Points for at least changing up things a little.)

And this is a pattern Capcom loves to follow. The Mega Man X series, which I adore, established everything about it in the very first game. It's Mega Man, but now you can get upgrades to your powers (dashing, air dashing, charged shots for not just your buster but also boss weapons, armor upgrades, etc.) while you fight enemies that are based on animals (like Flame Mammoth) instead of humans (Flame Man). Then it went on for 8 main games (and two Game Boy Color rehashes), and only one game was at all different from this formula -- Mega Man X: Command Mission, which was an RPG that was, from everything I've seen about it, absolutely terrible.

"What about the Street Fighter series?" you may ask. Sure from the first to the second game a lot changed. You could pick more than one character, you had all kinds of moves you could do (instead of maybe being able to pull off the dragon punch of hadoken). SFII did introduce a whole roster of characters with all kinds of different capabilities. But then, Capcom being Capcom, there were untold rehashes: Street Fighter II Turbo, Street Fighter II Hyper, Street Fighter II Champion Edition, Super Street Fighter II, and on and on. Many of these saw multiple console releases (there were three for the Super Nintendo, for example) not to mention all the different arcade releases. While the main titles may have innovated (and that's debatable the deeper into the series you got with the various rehashes of the Alpha "sequels"), Capcom still tried to find ways to bleed the well dry.

All of which gets us back to my main point about Battle Network. In the first game you explore the internet while fighting the evil Navis of the World 3 (WWW, or, as we call it, the World Wide Web, which is just weird). In the end, after fighting various Navis based on bosses from the first two original Mega Man games (like Elec Man, Ice Man, Fire Man, Guts Man) you then took on Wily and, after that, got to explore a couple of bonus secret areas for the hell of it.

The next five games in the series all used this exact formula. And the graphics. And most of the same lesser viruses, and even a few of the Navis. The formula was set in stone and there was very little variance from one game to the next. Sure some new mechanics were thrown in, but little changed from one instance to the next. If you'd played on Battle Network game you largely played them all.

Watching the games, though, it occurred to me that this insistence on cranking out the games could work as a bonus if Capcom wanted to put in the effort (maybe for an anniversary release). Since all the games use the same graphics (and just change up areas), a collected edition could be put together that merged all the games into one long entry. Players could start in the first game in the series and then play through, keeping what they earn and moving through through one giant net as the story progresses through all six entries. Sure, some areas would have to be reworked (Sci-Lab, a key location in the series, would have to be reworked to be consistent from one game to the next), difficult would have to be revamped so that later entries were completely easy because of how overpowered the player would be by even the end of the second game, but with the right tweaks an epic saga could be put together.

Heck, Capcom already did that once with Mega Man. The Genesis saw The Wily Wars, a compilation of the first three games in the original series (with upgraded graphics, no less) that allowed you to bring weapons from one game into another (no more mysterious reset button for Mega Man each time he finishes an adventure). Doing something similar for the Battle Network series is possible for the same reason -- it's all right there, and it gets rid of that pesky reset button Mega Man always suffers through (despite the games being link plot-wise, you still start right back at the basics for your Navi).

Of course the story would still be terrible, but at least the game would be epic. Maybe have a "skip" feature added in. That would work...