When you look at the span of the Mega ManIn 1987, Capcom released Mega Man on the NES, a game featuring a blue robot that fought other robots and took their powers (so that he could then fight other robots with those powers, and on, and on). The series went on to release over 50 games in 30 years and become one of the most famous gaming franchises in the world., the actually evolution of the main series is less of a steady progression and more line a sine wave. The series started on the NES before eventually moving to the SNES, upgrading to the PlayStation, and then moving back to the SNES before, eventually, actually moving further back in two NES-inspired sequels. Eight of the first eleven games in the series, in fact, followed the NES style and aesthetic, making the three entries in the middle -- Mega Man 7, Mega Man 8, and Mega Man and Bass -- the oddballs of the series. 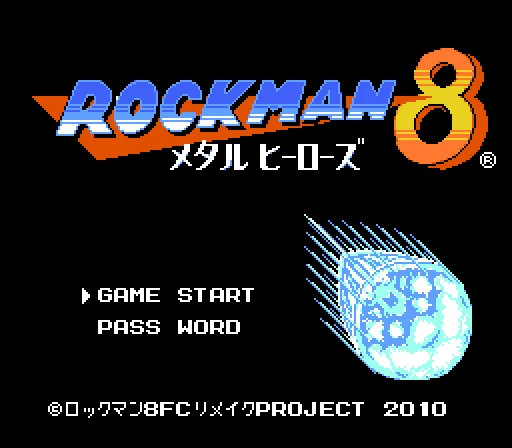 But what if they didn't have to be? While it is true that the series has a tendency to become stagnant whenever Capcom pumps out too many of the games at once (and counting the Game Boy entries, 16 entries came out between Mega Man and Mega Man 10) no one really questioned the NES stylings of the series. In fact, when the series went back to its roots for Mega Man 9 it created one of the best titles of the run. Maybe all of the games in the main series should have been done in the NES style.

That's at last the supposition of a trio of fan games that have been released, taking the game play of these three SNES and PlayStation entires and "de-making" them into NES-styled affairs. There are fan versions of the seventh, eighth, and gaiden titles in the series, but today we're going to focus on Mega Man 8, the one I consider the strangest (and weakest) entry of this era. I don't much like this game, honestly (even though I know it has its defenders), but I do think it works better as an NES game. It at least feels like of a oddity this way.

If you've read my review of Mega Man 8, or have played the game, then you should have a passing familiarity with the game. After the series evolved its graphic style for the SNES, Capcom's producers immediately decided to reinvent it again with this eighth mainline title. But new graphics weren't the only difference in Mega Man 8 as it also featured animated cut-scenes (with terrible voice acting), and a lot of weird game play choices to make it feel very different from what came before.

Two of these choices are certainly the ones fans remember most: the auto-scroller shooter sections and the snowboard cross sections. Although the Mega Man series had seen auto-scrollers before (various stages that scrolled on their own at points in the series), and had even had at least one vehicle-scroller (Wave Man's stage in Mega Man 5), they weren't common. The section in Mega Man 8 are not only prevalent, they repeat again in the Dr. Wily stages, making them obvious, conscious choices Capcom was proud of. 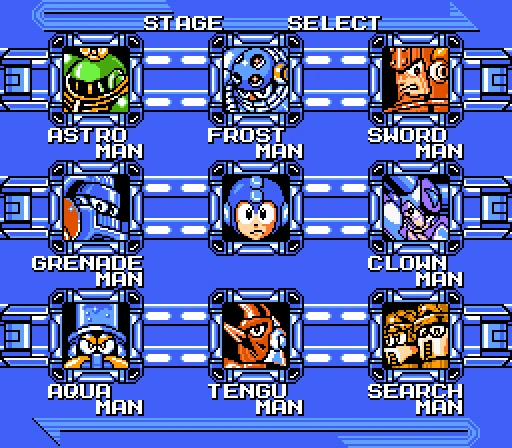 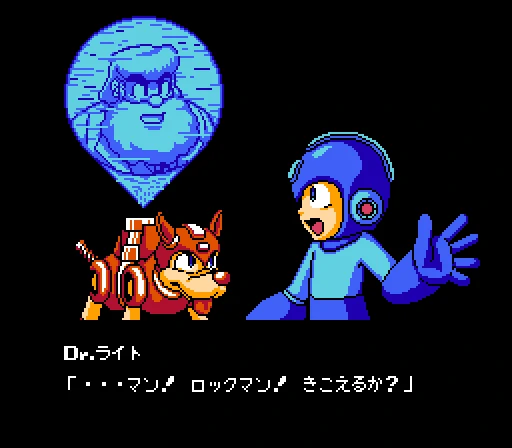 In "de-making" Mega Man 8 (or, as the game uses its Japanese name, Rockman 8 Metal Heroes Famicom), developer Mend kept as many of the weird additions that Capcom threw in as was possible, but not everything could be carried over into an "NES" game. Gone are the intro and mid-game stages, cut due to the format and setup of the game. Along with the removal of those stages, the animated cut-scenes throughout the game were also removed (the NES couldn't handle FMVs). There are still some cut-scenes, but not as many, as they're done in the NES-style still pictures with text featured in earlier games.

Other additions did make the cut, though. Mega Man does get his Mega Ball, the one utility item he gets in the game, and it works as it did in the PlayStation version. Along with that, the full Rush Jet shooter sections, and the snowboard cross sections are here as well. That means the Dr. Wily stages that were built around these ideas (and the boss at the end of one) exist as well. And, yes, the game will still remind you (in terrible sound-font Japanese) to "slide slide" and "jump jump"!

If you've played the game before, there will be one major change you'll see right from the start: all eight Robot Masters are available immediately. This brings the game in line with the original six (and later two) classic games in the series as those always had all eight Robot Masters instantly available. The SNES and PlayStation games did it differently, gating some robots until later in the game (following a pattern first set in the Game Boy adventures). This means you can explore the game, truly, in any order you like.

This does change the game in a few ways, though. While the weakness order for the robots is maintained from the original game (so there's two loops of weaknesses), you can go anywhere you want. Some of the later Robot Master stages were originally designed for early boss weaknesses (like sections that needed the Thunder Claw, or Sword Man's puzzle stage built around the four robot weapons), so these area have been altered to be entered, and finished, even if they're the first stages you tackle. It's a nice change, although I'm sure some fans will lament the minor modifications thrown in. 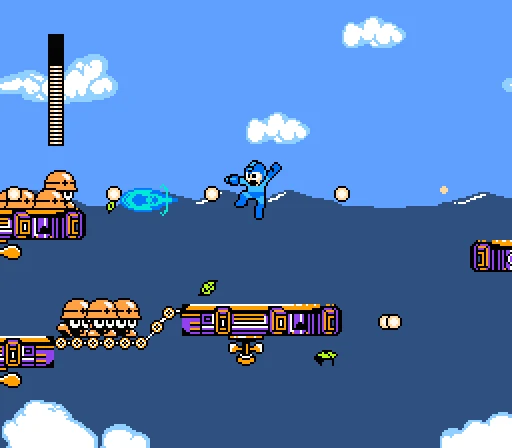 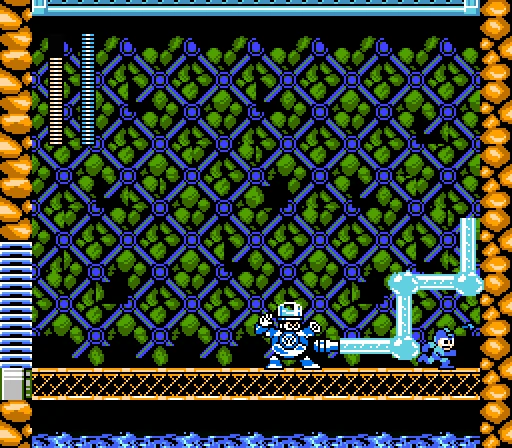 And that, of course, leads to the fact that this game is not, of course, a one-to-one translation of the original title. It's close, mind you, but even just the change in graphics alters much of the feel and mechanics of the title. The sprites are slightly different shapes and sizes and that changes what you see and how the levels play out, even with the developer trying to get things close enough. That said, I don't think this is a bad thing. If anything, I actually much prefer it this way because now the game feels more like the familiar Mega Man I'm used to.

As a fan effort, this version of Mega Man 8 is spot on. I like the way it looks and feels, and the fact that it manages to take a PlayStation game like this and translate it all down to the NES style is so cool. Its not a perfect translation but what it does is make you feel like this is the retro-game Capcom could have made, which I think is even better. When Capcom releases its "classic collections", I'd honestly wish they put a version like this of Mega Man 8 in there instead (or alongside). It plays well, looks spot on, and is better than the PlayStation original its based on. That's a win in my book.