A Battle for the Planets!

When the NES era of Mega ManIn 1987, Capcom released Mega Man on the NES, a game featuring a blue robot that fought other robots and took their powers (so that he could then fight other robots with those powers, and on, and on). The series went on to release over 50 games in 30 years and become one of the most famous gaming franchises in the world. came to an end, it was only a matter of time before the Game Boy games in the series followed suit. Due to the way the previous games were constructed, using the bosses from two of the previous NES games to make a single Game Boy edition, mix-n-match style, there could only be so many similar, portable iterations before that series ran out of steam. With six NES games, there really could only be five Game Boy games, tops. The writing was on the wall. 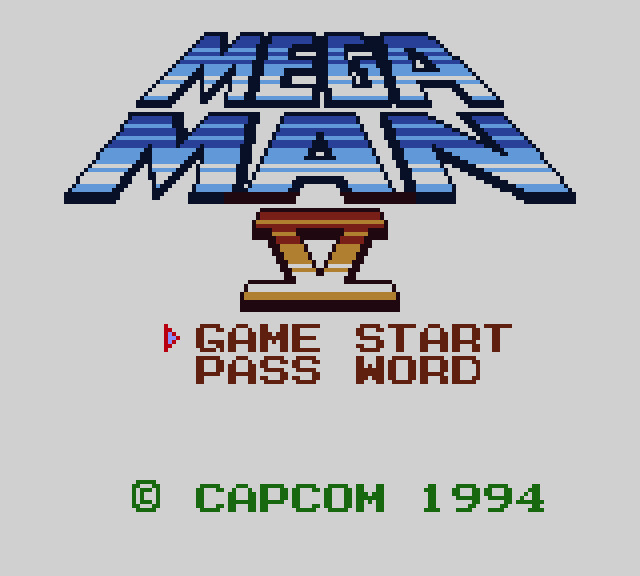 And yet, for whatever reason, the fifth and final edition of Mega Man goes in a different direction. Instead of taking a mix of bosses from Mega Man 5 and Mega Man 6, Mega Man V introduces a new set of Robot Masters, the Stardroids, based on the planets of our Solar System. It's a curious choice, to be sure, but one I appreciate. I like that this late into the Game Boy cycle, the series was willing to play around with staid concepts, to try something new, I just wish the series had been willing to take even bigger risks in the process.

When we pick up with Mega Man V, it's been a few months since Dr. Wily was last defeated. The world has attained peace, all thanks to Mega Man, but sadly that peace is short lived. Terra, leader of the Stardroids, comes to Earth and kicks the ever loving crap out of ol' Megs because our hero's weapons are ineffectual against the armor of the Stardroid. The Blue Bomber is left for dead, and the Stardroids go about ransacking the world. Dr. Light revives Mega Man, upgrading him so he can damage these new robots, then sends out hero out to do what he does best: destroy robots and steal their powers.

Outside a different selection of Robot Masters (I mean Stardroids), Mega Man V is a fairly by the numbers iteration on the standard Game Boy formula. In fact, it's almost a lone of Mega Man IV in many ways. Although assets are changed just enough, nothing in the game feels fresh or new -- not the P Chip store, or the weapon get screen, or anything else. Sure, some of the art is different (more detailed at times), but it all feels so similar to the game that came right before.

This feeling of "been there, done that" permeates so much of the game. Neptune's stage, for example, feels like a direct retread of Toad Man's stage from the previous game, including waterfalls and damaging steam jets. We've already seen crushers and conveyors, falling platforms and low-gravity sections. Sure, sometimes the elements that are lifted are from the NES series and not directly from the Game Boy, but it's hard to look at another anti-gravity section and feel like it's anything other than a retread. For robots that are supposed to be new threats, their stages are remarkably similar to what's come before. 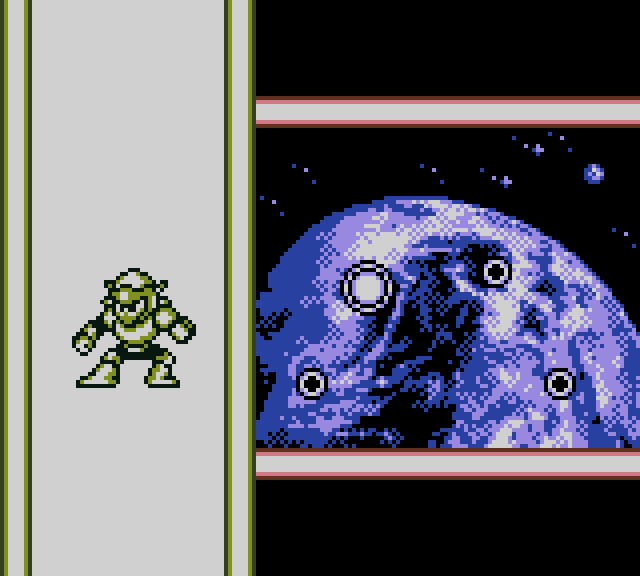 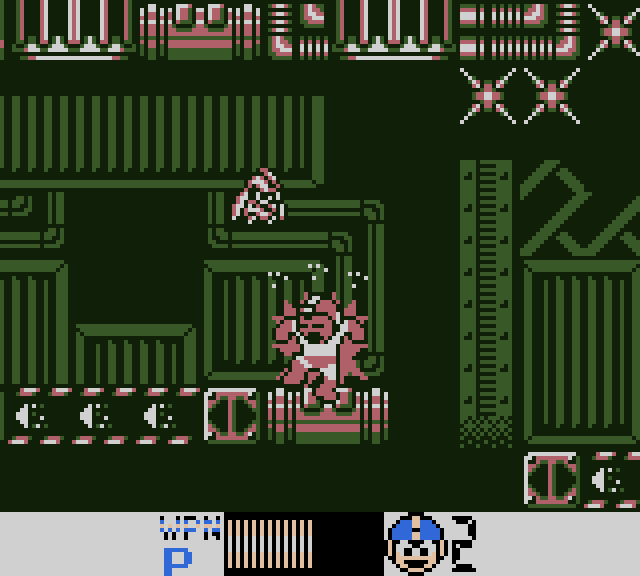 Of course, that just means we can see the twist coming a mile away. The game buries the lede with an attempt to make us think these new robots are really an external threat. Whatever they might have come from (and the game seems to want to play it both ways, implying the robots are both alien technology and locally-grown creations), it comes as no surprise in the late game when it's revealed that Dr. Wily is, of course, behind it all. He's been the villain of every other game in the classic series, so there was no way we could be surprised by this twist. It's just one more way the game feels like everything that came before.

That's not to say I expected a new final villain, mind you. While I certainly would have appreciated the game fully committing to the new shtick and letting someone else take the reins for once (leaving Dr. Wily in prison for once), it a game that felt more fresh or new that wouldn't have been absolutely necessary. Dr. Wily can be in control if the game knocks it all out of the park -- it's as much his series as Mega Man's, much like you always expect Sigma to end a Mega Man X game. That's just how it is, and no matter how much they might mess around with the rest of the formula, there's a certain contingent of the gaming public that will be sad if Wily doesn't show up, waggling those sassy eyebrows one more time.

And, to the game's credit, Wily isn't the last fight of the game. Sunstar, the last, ultimate Stardroid, take out Wily before having a final battle with Mega Man. It's a nice little twist, but almost unnecessary at that point. Sure, it's neat, but by this point the game has already put us through a gauntlet of 14 back-to-back-to-back battles (include re-fights with all the Stardroids, plus battles with all the Mega Man Killers from the previous games, and two fights with Wily, all in a single stage). One extra fight against something other than Wily isn't so much fresh and interesting as yet another stage in a grueling final castle.

Honestly, most of the stages in the game are pretty long. In comparison to the NES titles, these stages easily feel twice as long as the classic stages in the series. It's an odd choice for a portable title when these games are usually prized for their quick-play ability. Instead of making the game easy to get into and quick to enjoy in bite-sized chunks, the programmers wanted to make the entire title a slog. Stages go on, and on, repeating elements until you're sick of them, and then go on some more just because. The stages aren't really all that hard (not in comparison to, say, Mega Man III), just endless and rote. 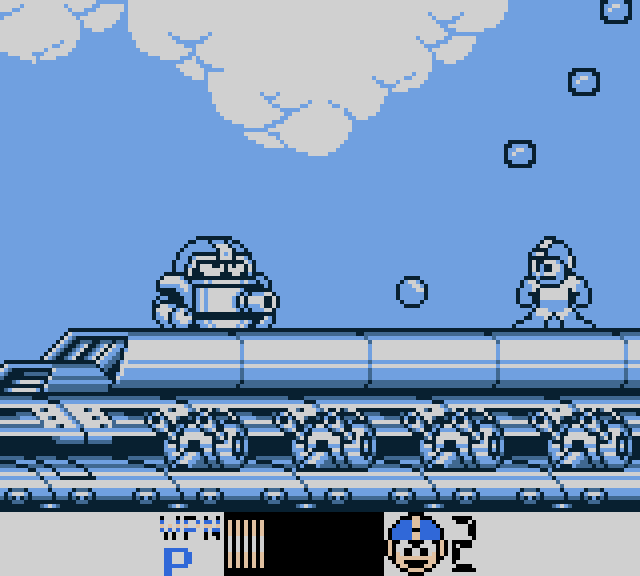 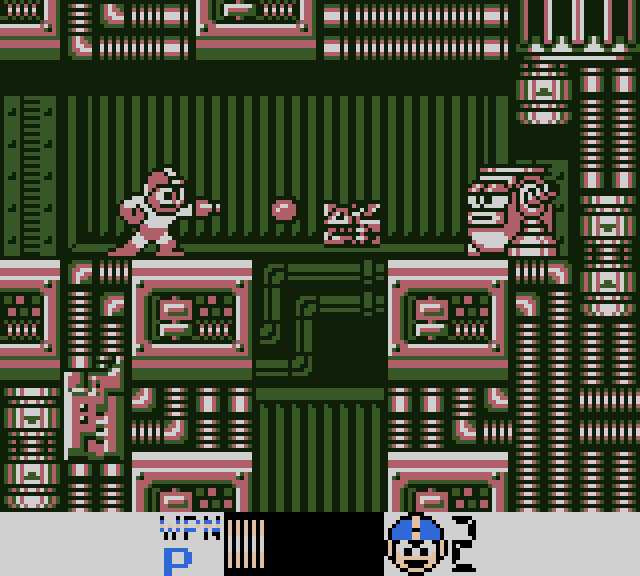 Sadly, the bosses themselves aren't really all that much to speak of, either. While the designs for the various Stardroids are neat, their battles are pretty pathetic. They all have easy to learn patterns with simple attacks. Once you earn their special weapons the battles get even easier as most of the Stardroids are severely allergic to their weaknesses, dying in a few quick hits. Conceptually I like the idea of the Stardroids, but in execution they leave a lot to be desired.

About the only area where the game really gets interesting is with the special weapons Mega Man earns. Many of these are quite interesting, from Mercury's Grab Buster (which can heal Mega Man) to Jupiter's Electric Shock (a close-range beam weapon) and Terra's homing Spark Chaser. There's a lot of interesting ideas in the weapons of this game, and I appreciated that very few of them were simple re-skins of weapons from other Mega Man games. This title has one of the better compliments of special weapons for any of the classic titles, I just wish the rest of the game was as creative as the armory.

On the whole, Mega Man V feels like a missed opportunity. The Stardroids could have been neat robots, but neither their stages nor their actual battles live up to their potential. And in and around the weapons is a lot of needless padding across a package of levels that feels all to familiar. Capcom has a reputation for cranking out games sometimes, and this game feels like something that was churned out quick to try and get one more bit of cash from the NES era right before it ended.

A completionist will have to play Mega Man V just to see what's new and different about the game. Anyone else, though, would be better served waiting for the next big iteration of the series, Mega Man 7 on the SNES. There's just not enough that's new about this title to give it a real recommendation. 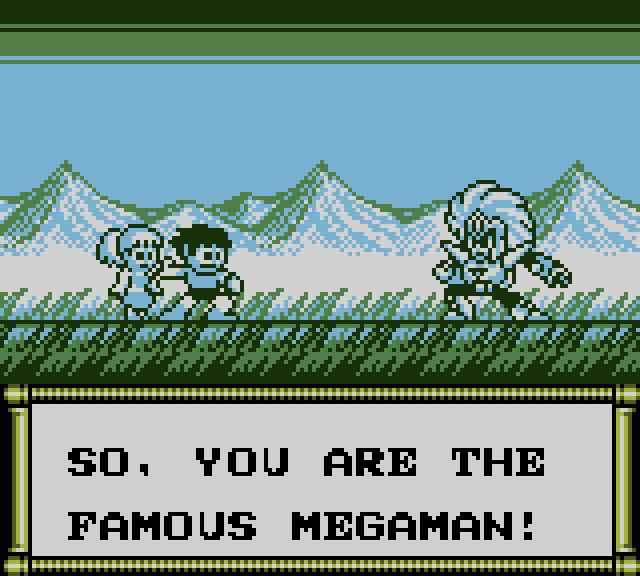 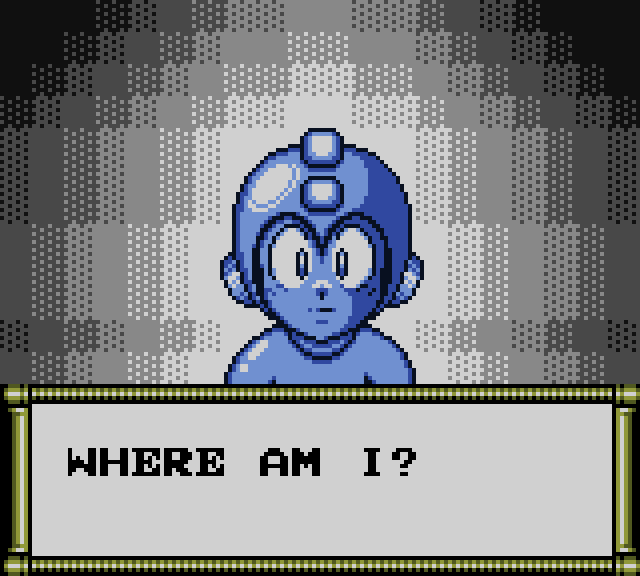