Get Your Weapons Ready!

Let's not kid ourselves here: the original Mega Man was a hit, so of course Capcom would quickly rush out a sequel. This is the company, after all, that produced dozens of versions of Street Fighter II, and we bought them. Hell, I have four versions of it sitting on my shelf right now. Capcom knows how to cash in on a successful franchise, and we keep coming back for more. 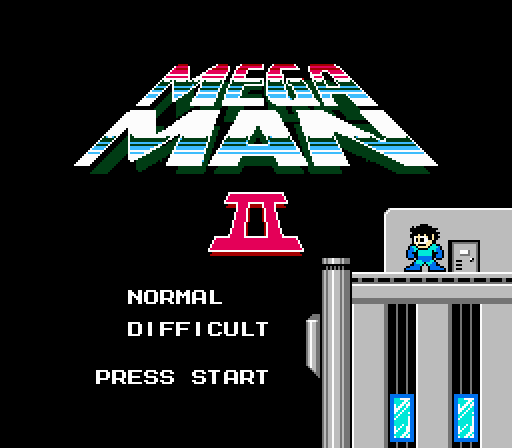 Of course, early in the Mega Man series' history, there was still plenty of room for improvement -- Capcom could make a quick cash-in sequel (Capcom did produce six of these games over the course of six years, remember, not to mention all the Game Boy iterations and other spin-offs to go along with) and still make it an improvement over the original. As creative as the first Mega Man game was, there were still plenty of things that could be added and changed to make a masterpiece. Not that I'm going to call Mega Man 2 a masterpiece. It's a great game, to be sure, but there are still some things that felt a little off even in this iteration of the series. Mega Man 2 in a solid improvement on what came before, but it still has some niggling issues that hold it back from true greatness.

But before we start picking at the nits, let's start with all the things Mega Man 2 gets so right. For starters, there's a neat diversity to the levels, a creativity to the designs that set it apart from the first game. Sure, while Fire Man and Ice Man in the original game had neat, complex stages with specific themes to them, the other Robot Master stages weren't as good. Guts Man's stage is remembered for the floating platforms that open the area, but once you're past that first obstacle the rest of the stage is pretty rote and oddly short. Meanwhile Elec Man, Bomb Man, and Cut Man could all have their stages swapped around and no one would really notice -- they all look and function pretty much the same.

Contrast that with the Robot Master stages in Mega Man 2. Each stage look different, from Flash Man's bright and shiny ice cavern to Metal Man's conveyor factory and Wood Man's forest shrine. Each has their own design, enemies specific to their layouts, and custom-crafted traps. No one is going to confuse Air Man's open platforming stage with Quick Man's laser-filled doom fortress. And for fans of the original game, there's Crash Man's vertical tower obvious inspired by the stage layouts, and design, of the first game.

The bosses, too, are more diverse in their functions and abilities. The first game didn't really have A.I. for it's bosses, with most of them simply walking back and forth towards you as they fired their weapons. In Mega Man 2, the bosses are more scripted, designed to be better challenges for the players. Knowing their weakness is one thing but being able to use it effectively when the boss is jumping around like a spaz, such as in the case of Quick Man or Metal Man, can be a bigger trick. In most cases you're going to have to know how they react as well as what to use, and manage your weapons appropriately to have a chance. 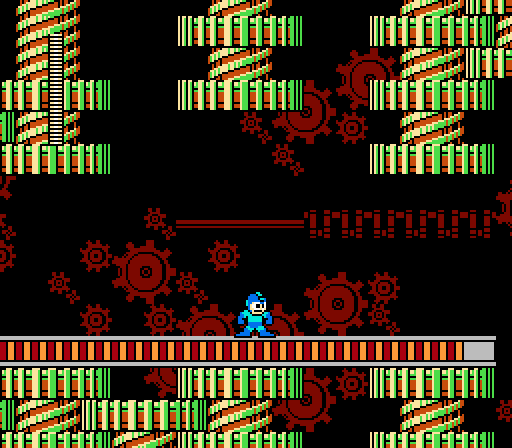 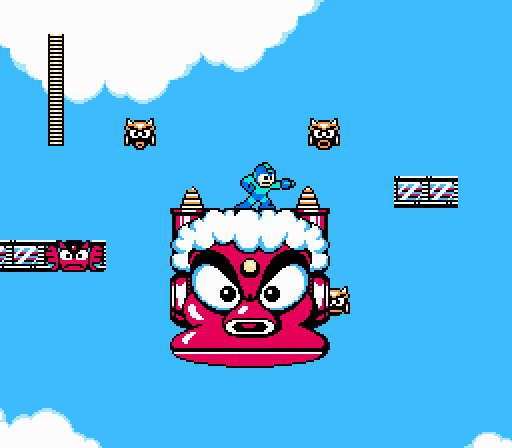 And those weapons, mind you, are glorious. Sure, Mega Man 2 still has a few stickers in the set, like the sad, rolling Bubble Lead and the "one shot is all you get" Time Stopper. What most players will remember, though, is the explosive fun of the Crash Bombs, the weird range of Air Shooters, and the rapid fire blasts of Quick Boomerang. Plus, once they have it, every player is going to spam the hell out of Metal Blade, a weapon designed for you to throw it at everything you can (because it's just so damn powerful). The weapons have a diversity of functions, but they're also each useful in their own way (even sad old Bubble Lead). Even the worst weapons in Mega Man 2 are still more useful than Hyper Bomb or Super Arm from the first title.

That said, despite the usefulness of the weapons in the normal stages, the end-game can get a little annoying with its forced weapon use. There are two bosses -- Wily 4's wall drones and the end boss -- that have specific weapons you have to use against them and if you run out of ammo you're simply screwed. Later games would always give the players an out, even if it was just Mega Man's pea shooter, but this first sequel punished you if you didn't know the right weapons to use, or ran out of ammo while doing it. It's annoying, and pretty darn unfair.

Plus, really, not all the levels are as good as each other. For every fun Bubble Man or Metal Man stage, there's a rote Flash Man or an absolutely punishing Quick Man. The bosses may be hard at times (Quick Man has claimed more than one of my play-throughs), but just getting to the Robot Masters can sometimes be worse than the actual fights. Quick Man, Heat Man, and Air Man all have stages that will punish you over and over, no matter how skilled you are or how many times you've played the game. Be perfect or go home, in other words. 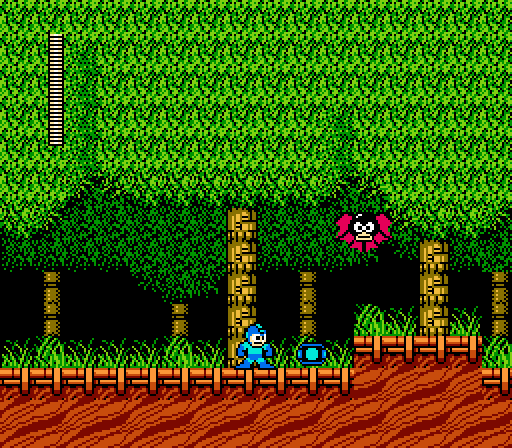 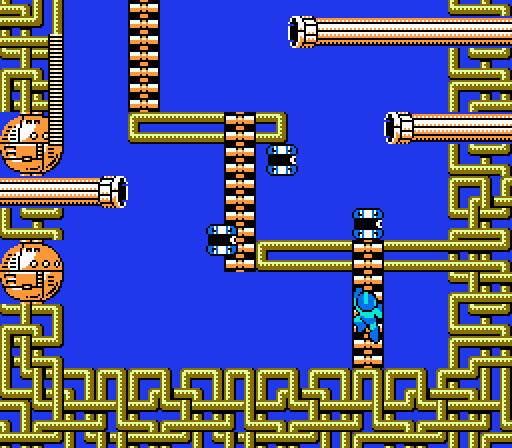 Then there's Wily's Castle which not only features two obnoxious bosses, but has stages that honestly aren't all that interesting. Sure, the climb up the outside of the castle in stage one is iconic as much for its music as for the Dragon boss at the end of the stage, but the stage itself isn't anything special, without any real traps, pit falls, or the like. It's a stage that wouldn't have been out of place in the first game, but it lacks the creativity of the Robot Master stages from this this sequel. Stage two has another iconic moment, the open pit of spikes at the beginning, but then it, too, is pretty bland. Stage three is a bland water section, followed by stage four with some rotating platforms and not much else. The final stage is especially annoying since there are no enemies in it, so no weapon ammo drops, forcing you to die all your lives if you run out of ammunition against the boss.

In short, for all the excellent stages early in the game, Mega Man 2 really drops the ball when it comes to the end-game. It trades creativity for brutal, unfair challenge, and then just waits for players to either finish out the gauntlet or go home. Challenge is one thing, mind you, but to just make stages hard without making them fun loses sight of the point of a video game (emphasis there on game).

So, no, Mega Man 2 isn't perfect. It's a very good half of a game, one featuring some of the most iconic, most interesting Robot Masters in the whole series (which is why they get brought back more than once). But the designers clearly lost interest after that opening salvo. It would take yet another sequel to really make the end-game interesting to play in its own right, partially by introducing a middle act to the proceedings... 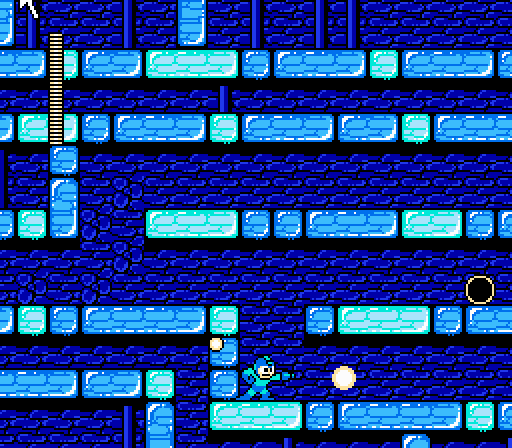 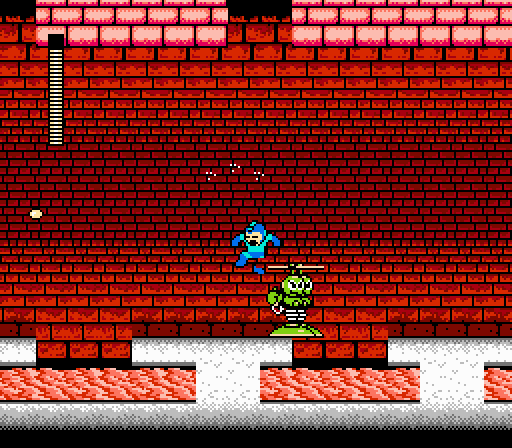