And Justice for All

Having already reviewed the fan-game turned official product, Street Fighter X Mega Man, it does feel like we've opened the gates to any of the Mega ManIn 1987, Capcom released Mega Man on the NES, a game featuring a blue robot that fought other robots and took their powers (so that he could then fight other robots with those powers, and on, and on). The series went on to release over 50 games in 30 years and become one of the most famous gaming franchises in the world. extended universe products for us to review here. While I'm sure I could get deep into the weeds looking at rom hacks (most of which aren't all that great at all), there are a couple of fan-games that rise above the fray, solid games worth closer examination. 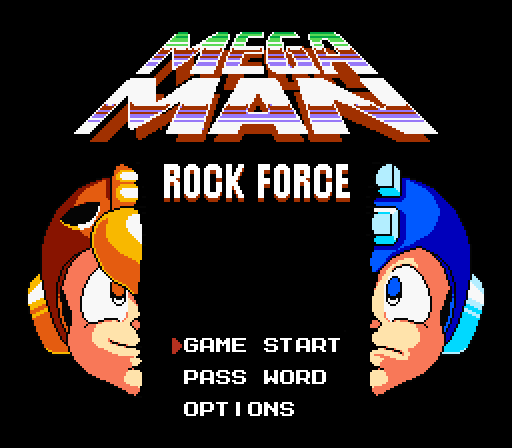 The first of these titles I want to look at really goes above and beyond when it comes to providing a more-than-complete Mega Man experience. Released in 2013, this game focuses on the battle between Mega Man and a new robot, Justice Man, as they struggle for the rights and freedoms of robots around the world. As this game in no way features Wily (despite my constantly expecting him to leap out of the shadows at any moment, waggling them fantastic eyebrows), many of the later sections of the game are going to seem pretty different to players of the series. That's all to the game's benefit as it allows this fan-developed title to shake off many of the cobwebs of the classic series and try some new ideas.

Things start to get interesting right from the beginning. As soon as you play through the first robot master stage (of, naturally, the eight available), Mega Man will absorb the power of the robot and then, instead of warping out, he'll walk to another room beyond to free one of the classic Robot Masters from the original series. That's one of the main hooks of the game: Mega Man has assembled a "Rock Force" (although I think it should be called "Mega Force" as per the naming conventions of the series) to help him battle any future evils. Made up of eight classic Robot Masters, these friends were captured by the new crop of foes, but once Mega frees them (one per stage) these Robot Masters are free to be used in the various stages. Even want to explore the games as Elec Man, Bomb Man, Knight Man, or Tornado Man? Well now you can (in a great bit of fan service).

Playing as the Robot Masters is an interesting idea (one also explored in Mega Man Powered Up, although not with the switch-in, switch-out capabilities shown here). As you'll quickly learn, the base weapons of the Robot Masters are limited in ways you might not be used to when playing as Mega. That said, you do get an unlimited supply of their weapons when playing as the Robot Master, so if you know a boss has a weakness to a specific attack, you can go to town and let your ammo fly. It's a neat idea, but I did find that most of the time I played through the game as Mega Man just to have the full options available to me.

Speaking of fire power, this fan-game does have one of the better selections of Robot Master weapons I've seen in a Blue Bomber title. They may, in fact, be too useful, with a lot of them featuring powerful attacks and plenty of ammo. Most of the weapons are handy for any situation, even the shield-types, with only the screen-clearing Photon Flare having ammo in any kind of limited capacity to force you to think about using it or not. Most of the time I'd carefree throw the weapons around because why not? I had plenty more in the canister to spare (and a lot of alternatives if something ran out). 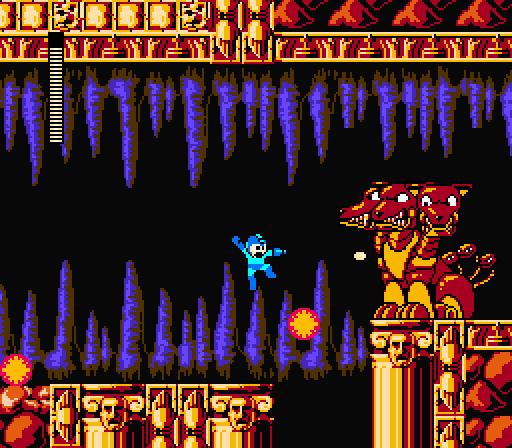 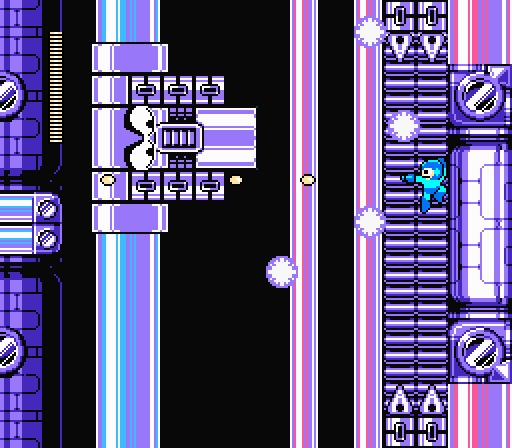 It's a good thing you have so much ammo, though, because the stages themselves are "fan-game hard". It's a fact of these fan-made products (as Street Fighter X Mega Man showed us) that Mega Man fans apparently want their games to be harder. Most fan-releases feature stages and bosses that are much harder than anything you'll find in the official titles, and Rock Force is no exception. Many of the stages, especially in the back half of the game, are grueling gauntlets of death that I struggled to get through. They're beyond the worst we've seen from the classic Wily stages and into new levels of pain.

While the stages may be hard, they do show a level or creativity that's been sorely missing from late-game sections of many of the Mega Man titles. The fun really starts once you're done with the first eight Robot Masters. The game them moves into a kind of play on the Doc Robot stages from Mega Man 3 where the eight Robot Masters merge into four new forms complete with new stages for the heroes to fight through. What interesting here is that the set of four robots you fight in this second phase of the game is dependent upon the last Robot master you fight -- there are two different sets of four that you could get all based on which Robot Master is the last you killed. That not only provides some strategy, once you know the game and know what you're doing in a play through, but also provides re-playability because there's an entire section of the game you have to go back to see on the second pass.

From there, we then get into the final four stages, with Death Man as the intro. He's a fusion of all eight robots and features probably the hardest stage in the game. His stage is chock full of instant death traps where every wrong move will kill Megs and Co. Death Man, honestly, was where I almost set down the controller because this was basically too hard a stage for me. I did eventually get past it, but not until after a lot of yelling at the game, cussing, walking away for long stretches, and then coming back to repeat the process. It didn't feel like a relief to complete Death Man's stage; I was just tired and wanted the game to be over.

The final three stages are, thankfully, less intense. There's Fish Man, the requisite water stage, who acts as the first stage of "Justice Castle". This is followed by Polar Man, the ice stage of the game, and finally Justice Man's gauntlet to finish it out (complete with a refight portion of the stage). In terms of total stages, Rock Force is pretty average for a mega Man game. But as far as creativity and re-playability (Death Man notwithstanding), there's so much to love in the game. 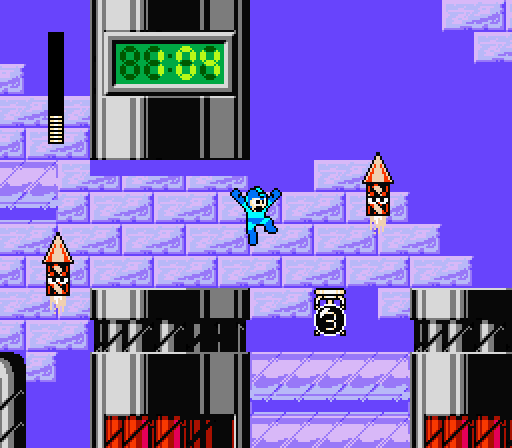 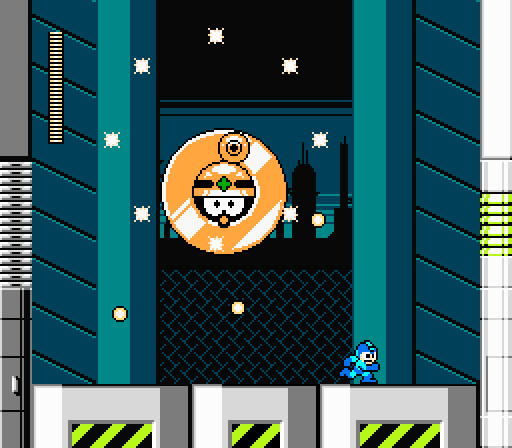 Seriously, this is just such a fun, creative product. From the hands that come out to grab you in Charade Man's stage, to the solar panel charging platforms in Solar Man's stage, and the weird retro-shooter sections of Port Man's stage, there's always some new twist to the formula getting introduced. This was clearly a game where the developer, GoldWaterDLS, just threw every quirky idea they could at the game to see what stuck. And, honestly, it works. There's never a chance to get too used to the ideas at play, all the new concepts introduced in the game, because every stage will bring in something new and fun to try out. Maybe not everything is as great as it could be (namely Death Man's stage) but so much of it is fun and fresh and interesting.

And, of course, my few gripes shouldn't detract you from the final product, especially because it's free. This is a fan-game labor of love put out there for other fans of the Blue Bomber to play and enjoy. If Capcom had charged money for this my issues with the game might mean more, but from a fan, for other fans, this is one of the most polished, creative, and fun games I've ever played. Right here we have a contender for best Mega Man fan game, no question.