Take My Spider-man and Go Home

As you've probably seen from the breaking news, the Marvel/Sony partnership that allowed SpidermanSure, DC Comics has Batman, Superman, and Wonder Woman, but among the most popular superheroes stands a guy from Marvel Comics, a younger hero dressed in red and blue who shoots webs and sticks to walls. Introduced in the 1960s, Spider-Man has been a constant presence in comics and more, featured in movies regularly since his big screen debut in 2002. to appear in the Marvel Cinematic UniverseWhen it first began in 2008 with a little film called Iron Man no one suspected the empire that would follow. Superhero movies in the past, especially those not featuring either Batman or Superman, were usually terrible. And yet, Iron Man would lead to a long series of successful films, launching the most successful cinema brand in history: the Marvel Cinematic Universe. has dissolved. Per the various reports, the contract was up for negotiations (presumably it was a five picture deal, and with the release of Far From Home, the deal was set to expire) and Sony didn't like Disney's new terms. Disney already controls all the Spider-man merchandising so they made a ton of money on the back end, but up front they only made 5% of the upfront money the first day the film was in release. Since Far From Home made over $1 Bil and became Sony's biggest movie ever, Disney was interested (understandably, from their side) in getting a larger cut of the action. 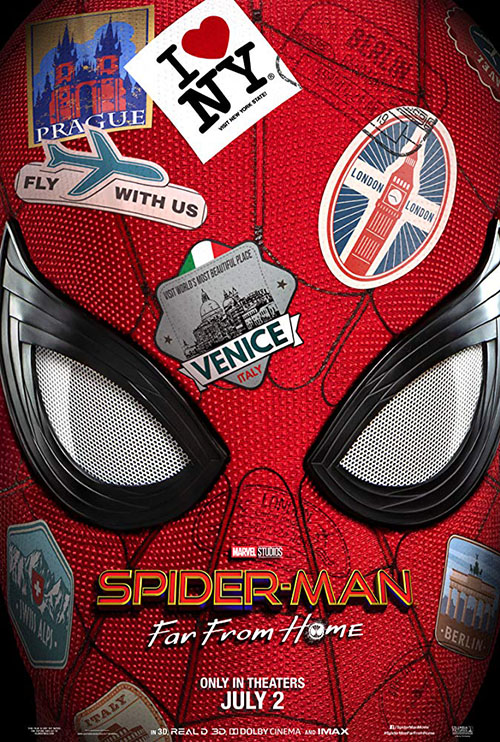 The sticking point was that Disney wanted to do a 50/50 deal -- each side would contribute 50% of the funds to make future Spider-man films and would get 50% of the proceeds. Sony wasn't a huge fan of that specific split, obviously seeing that 50% of one billion is a lot less than one billion. But one of they also wanted there to be more crossover between the MCU and Sony's nascent Spider-Verse. Disney balked at this, wanting to keep tight control over the MCU (their big moneymaker) and wouldn't come down on the profit sharing split, so both sides walked away from the table.

Is this greedy and shortsighted? Sure. Disney already makes all the money ever, with four of the top five movies this year in their coffers (all of which made over $1 Bil each) so it's not as though they need the money. From their perspective, though, letting Sony take the lion's share of the profit didn't make sense. If you think about it, Sony's Spider-films were floundering before the MCU deal was struck. With Marvel's help Spidey became a huge name again and, after tying Spidey so tightly into Avengers: Endgame and setting the character up as, essentially, the next Tony Stark, Sony suddenly had their own $1 Billion hit at the Box Office. Disney had to feel they were owed after all that.

Of course, from Sony's perspective they really didn't need Disney at this point. While Disney helped, Far From Home was a stand-alone adventure (as much as any of the intricately plotted MCU films can really be considered "stand-alone" at this point), and the last two Sony Spider-films, Homecoming and Into the Spider-Verse, were successful and beloved by fans. Hell, even the tangentially related Venom made over $800 Mil despite being loathed by, basically, everyone. Why would Sony need Marvel at this point?

If anything, losing the ties to Disney has to seem like a good thing for Sony's bottom line. Now that Tom Holland's Spider-man has gotten a kickstart from the MCU he can go off to have other adventures that don't have to tie into that universe or have Disney's tight oversight of the proceedings. Instead, he can take all the characters from his two films and go do crossovers with Venom, upcoming films Morbius, Kraven the Hunter, Sinister Six, and whatever else Sony has cooked up. Hell, Holland's Spidey can even show up in the animated Spider-Verse films, and Marvel can't say anything about it. That's seemingly a win-win for Sony. Cinematic Universes are big business an, with Spider-man in their pocket, Sony could be the only group other than Marvel to see huge success in this field. 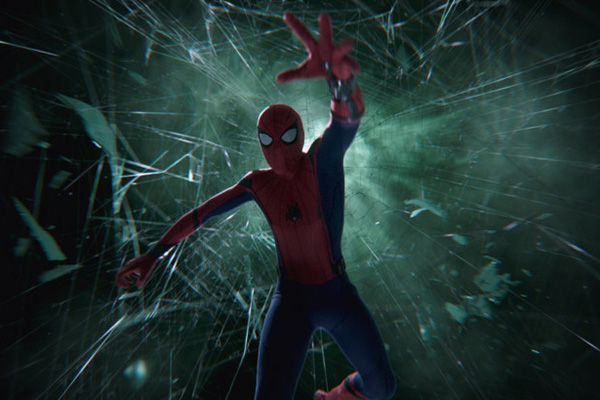 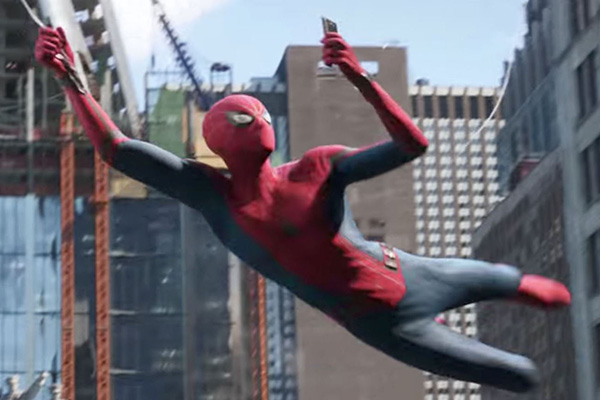 Of course, while it seems like nothing by champagne and roses for Sony (and a shot across the bow for Disney), the loss of Spider-man from the MCU is going to have consequences for fans on both sides of the aisle. For starters, all the storylines that were starting up for Spidey in the MCU are now scrapped. No more Happy Hogan showing up to give Peter advice, no more fun Stark Tech gadgets for Spidey to play with, and no chance of Spidey being an official member of the Avengers in the future. A key part of the character's future evolution has been wiped away as if Thanos snapped his fingers.

And then there's the Sony of it all, the fact that until Disney struck up a deal and started helping them, Sony couldn't produce a Spider-man to save their lives. The previous two Spider-man films, the Webb-directed Amazing Spider-man and The Amazing Spider-man 2 were reviled by fans. The second one was so bad it actually managed to squash the entire Spider-Verse concept for a time. And remember, even when the Spider-franchise was humming along Sony still managed to screw it up, meddling in Raimi's plans for Spider-man 3, ruining that movie, and then making him so unhappy with their meddling on the proposed Spider-man 4 that the director walked away from the project, killing it.

Plus, let's face it, half the recent successes Sony wants to claim come with caveats. Sure, Venom was a success but no one really seemed to like it. I've watched the film twice (once in theaters for this site, and again on home video because I like to punish myself) and while it was enjoyable in a stupid kind of way I don't see myself ever going out of my way to watch it again (despite the fact that I own it). Meanwhile, Into the Spider-Verse is a fantastic movie and won the Best Animate Feature Oscar, which is fantastic. But it was also only made $375 Mil, considerably less than any other film with the Spider-man name attached to it. I'm not saying Sony couldn't continue to produce good (or at least stupidly enjoyable) films, I'm just saying that they really need to think long and hard about their next moves if they want to maintain their momentum going forward (and not meddle their way into another floundering franchise, again).

Meanwhile, Marvel is going to be just fine. The MCU franchise is a train that basically can't be stopped at this point. Once that swooping Marvel Studios logo shows up you can bet the film is going to make $1 Bil without breaking a sweat. The loss of Spider-man from the MCU is a considerably smaller blow than Spider-man losing the MCU connections. Hell, Marvel was basically prepared for this whole debacle as, with their recent announcement of the Phase IV development slate, Spider-man wasn't mentioned once. Almost as if they saw this coming and prepared for it. All the buzz was for another trippy Thor film, the Black Window prequel, and then cool series going to Disney+. No one seemed to worry that Spidey was missing and, after this, will anyone really care that much? 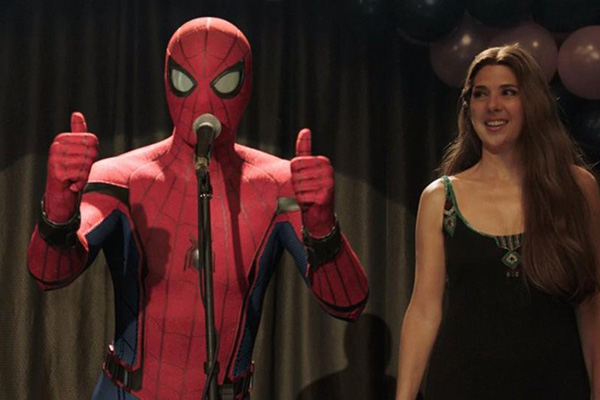 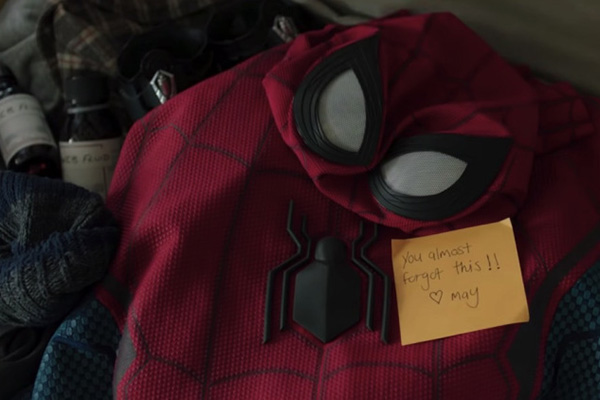 There's another wrinkle on Sony's side as well, which is that it's not assured Tom Holland will actually return as Spider-man. While he has a two more movies on his contract right now, that contract is through the MCU and it's not assured it'll carry over (or even be honored) by Sony. If Tom Holland doesn't carry on with the Sony Marvel Universe (as it's being called currently) that'd mean we'd have a new live-action version of Spider-man coming out in a year or two, leading to the fourth reboot of the character in less than 20 years (not counting Into the Spider-Verse, which actually makes five). That's stupid, short-sighted, and insane.

In essence, Sony has a lot more to lose from this than Disney does. Sure, Disney wants to get all those Spider-related characters into the MCU, but they have so many other characters to play with (including now the X-MenLaunched in 1963 and written by Stan Lee and Jack Kirby, the X-Men featured heroes distinctly different from those featured in the pages of DC Comics. Mutants who didn't ask for their powers (and very often didn't want them), these heroes, who constantly fought against humans who didn't want "muties" around, served as metaphors for oppression and racism. Their powerful stories would form this group into one of the most recognizable superhero teams in comics (and a successful series of movies as well). and the Fantastic Four) that they can go play with their other toys and wait to see what happens with Sony. If Sony flounders again Disney can step in and say "hey, how about that cross-promotion again? Oh, but the terms are now much more favorable to us..." and Sony probably would have to take it.

That or Disney just steps in eventually and offers to buy Sony Pictures and get Spider-man back that way. Since they already did it with Fox Studios it's not outside the bounds of reason to think Disney is already mulling that approach. When they see a problem they throw money at it. That's the corporate way.

I'm not saying I want Sony to fail. I expect it, certainly, but I'm not actively hoping for it. Disney already has too much power, too many big franchises, and I'm not exactly rooting for them to gain even more. I just don't see how Sony, the studio that constantly screws up their big franchises, can really pull this off. Most big hits they have come with a ton of people going, "well sure, it's not as good as it could be, buuuuut..." Just look at the most recent Jumanji, or the female-lead Ghostbusters, or Men in Black: International. Were any of these unqualified successes in the same league as Spider-man: Far From Home? Is anyone hankering for the next Jumanji or the latest Charlie's Angels reboot? Sony is a mid-level studio punching above their weight without the in-house knowledge to make it work. 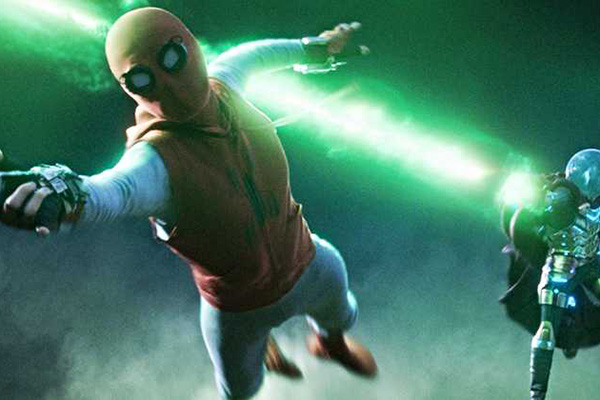 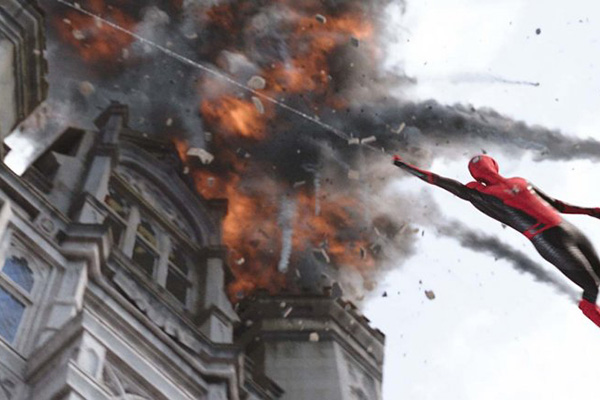 So yes, long run I expect this to fail for Sony. Ten years or so from now I so expect we'll look back and go, "and this was the big mistake from Sony." That's too late to fix things and get Spidey back into the MCU, of course, which is really the saddest part of this whole debacle. Tom Holland was putting in good work and really had a connection with the other characters in the MCU. While the actor could continue on as Spider-man, going forward it just won't be the same.

Update: And, as we all should have expected (and above I more or less suspected would happen), the two sides came back to the table and hashed out a temporary agreement. Per the terms released so far, Disney and Sony more or less have the same agreement as before, allowing Spider-man (and some of his side characters) to show up in a third MCU-attached Spidey film and also allowing the hero to appear in one MCU crossover movie. Disney original wanted a 50% split while Sony wanted to maintain their 100% take from the profits, and the two sides came to the exact middle and settled on 25% for Disney for the future Spider-man movie. Clearly this was all a ploy and the internet got riled up about it (this site included). At least the status quo is back and one of the best parts of the MCU can remain for a while.