The Darkness in the Desert

Over the twelve years that the Marvel Cinematic UniverseWhen it first began in 2008 with a little film called Iron Man no one suspected the empire that would follow. Superhero movies in the past, especially those not featuring either Batman or Superman, were usually terrible. And yet, Iron Man would lead to a long series of successful films, launching the most successful cinema brand in history: the Marvel Cinematic Universe. has been humming along Marvel has introduced us to a lot of mid-teir heroes that most people in the audience probably weren't familiar with. This started at the very beginning of the MCU when the biggest hero Marvel had access to was The Incredible Hulk (and, ironically, that led to the least successful film in the series). Since then we've had the Guardians of the Galaxy, Ant-Man, Doctor Strange, and many other heroes, sold on the power of the Marvel name more than the characters themselves. 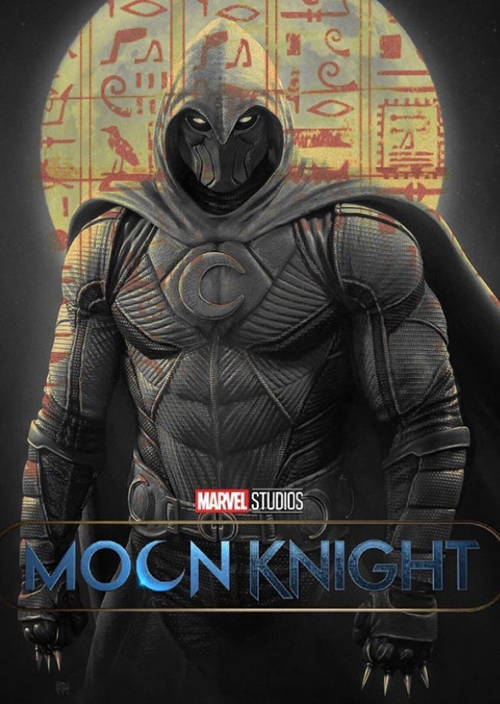 The wacky thing is that it's worked. Time and again heroes that no one outside of the Marvel faithful would know have gone on to be giant, blockbuster stars. Black Panther made a Billion dollars, a fact that seemed absolutely inconceivable a decade earlier. Marvel has an engine and it can slap just about anyone into that engine and make them into a star. Marvel can basically make any movie and expect it to turn a profit of at least $400 Mil at the Box Office now, no matter what (and, generally, much, much more). The question, though, is if this same formula can work on the small screen, as Disney+ extends the fourth Phase of the MCU out into TV seasons and mini-series.

On that front, I would argue that Marvel's plans have been far more uneven. Yes, the water cooler conversations turn to each show as they come out on Disney+. I see plenty of articles week after week, tracking the twists and turns of each show as they take their bows, and certainly it seems like Disney is keeping people locked in to subscriptions with their Marvel shows. That said, the ratings for the Marvel shows aren't the biggest Disney+ has seen (the Star WarsThe modern blockbuster: it's a concept so commonplace now we don't even think about the fact that before the end of the 1970s, this kind of movie -- huge spectacles, big action, massive budgets -- wasn't really made. That all changed, though, with Star Wars, a series of films that were big on spectacle (and even bigger on profits). A hero's journey set against a sci-fi backdrop, nothing like this series had ever really been done before, and then Hollywood was never the same. shows reportedly get much better ratings by a high margin). And at the same time, it's hard to say that many of the characters have become household names the way their theatrical cousins managed. Does anyone care as much about Kate Bishop Hawkeye the way they do Thor or Starlord or Wong? I'd argue no.

Moon Knight, coming out in the first season of his own Disney+ show this last month, is yet another C-list character Marvel has elevated to small-screen hero. A lot of buzz has been made (on geeky websites) about the casting, about the twists and turns of the show, about the potential for where the character could go from here. Honestly, though, I have my doubts that Moon Knight is going to launch it's lead character into the stratosphere like any theatrical hero. He's an interesting character, and the casting of Oscar Issac certainly was brilliant, but the series on the whole is too muddled, too uneven, to carry this character forward the way superhero fans seem to think will happen.

In Moon Knight we're introduced to Steven Grant (Issac), a mild-mannered British gift shop worker with a condition. Steven is a sleepwalker, one who has to chain himself to his bed to avoid wandering off at night and losing himself. Except he totally wanders off at night, waking up in strange places (even far off places in other countries) with days missing and no knowledge how he got there. As he starts digging he soon discovers he has a second identity, Mark Spector (also Issac), who takes over when Steven falls asleep. And, even stranger, Mark seems to have quite a big and well-developed life, including his own wife, Layla El-Faouly (May Calamawy), who quickly comes looking for Mark. 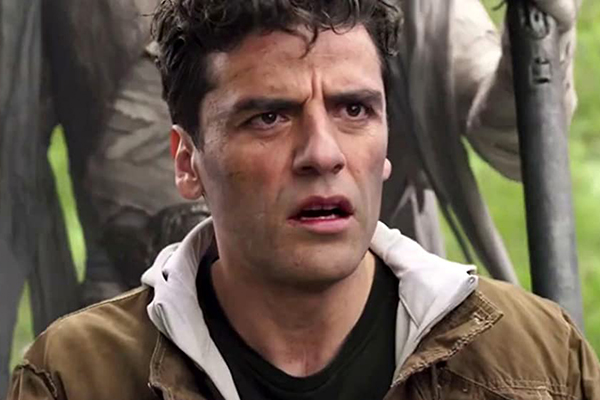 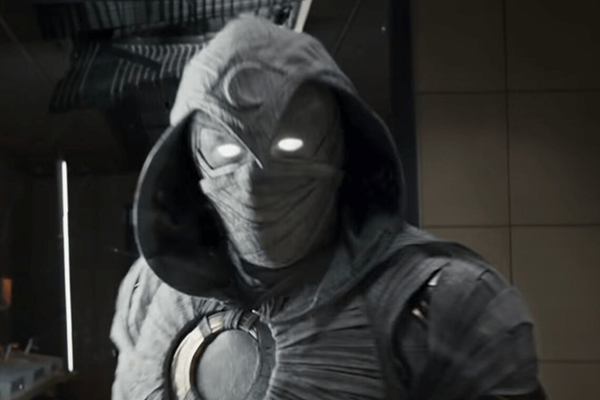 Quickly people come looking for Mark, including a dark and mysterious cult leader, Arthur Harrow (Ethan Hawke). Apparently Mark has been stealing items that Harrow wants, ancient and mystical Egyptian artifacts that could lead Harrow to the spirit of an Egyptian goddess. Mark needs to stop this because that goddess, Ammit, would cause terrible carnage across the world. Stopping Harrow, and a real, legit goddess, is absolutely Mark's job because he's the avatar of Khonshu, am Egyptian god of justice, and Khonshu give Mark the power of the Moon Knight. Mark, and by extension Steven, is a superhero, and they're the last line of defense for the world.

So there are a number of issues I had with this show, but I do want to praise the main thing it gets right: casting. Oscar Issac is fantastic in this show, both as Mark and as Steven. Some have discussed that Steven's accent sounds really fake, but that actually is explained by the story of the character, and the fact that Issac can slip easily into both these roles, back and forth like a switch is flipped, is just awesome. He's the lead of the show and the series works at all because of him. Meanwhile Calamawy is also great as Layla. She doesn't get as much to do but her time on screen presents a strong and powerful female character, one played with bold and brash attitude by Calamawy.

Less impressive, though, is Hawke as Harrow. While some of that is down to the fact that Harrow's character is barely sketched and doesn't get nearly enough screen time to be a proper heavy, a bigger issue is simply that Hawke feels miscast in the role. Hawke is a great actor but, honestly, he's never sold me in the roles where he has to play "bad" or "troubled". There's something too meek, too nice in his performance style. He's better as the cool uncle that helps you fix your car and then hands you a soda to cool off in the Summer sun. He's not good as a villain and Hawke seems to get lost in this season of TV.

At the same time, the show itself seems to get lost quite often, struggling to figure out where it's going and what it's doing. About half the episodes of the show are throw-away at best, while the other episodes are meandering and slow without enough action, or narrative thrust, to get things going the way they need to. It's not the same issue as The Falcon and the Winter Soldier, which had too little story for it's long running time; this is the exact opposite as there's a ton of story to tell and the show only has six episodes to get it all out. We could easily have used an extra two or three episodes to help expand the story, and the characters. Maybe one focused just on Harrow, showing us his backstory and his connection to Khonshu where (as it's alleged in the series) we see him as Khonshu's previous avatar. The story has too much to do and doesn't have the time and space the handle it well. 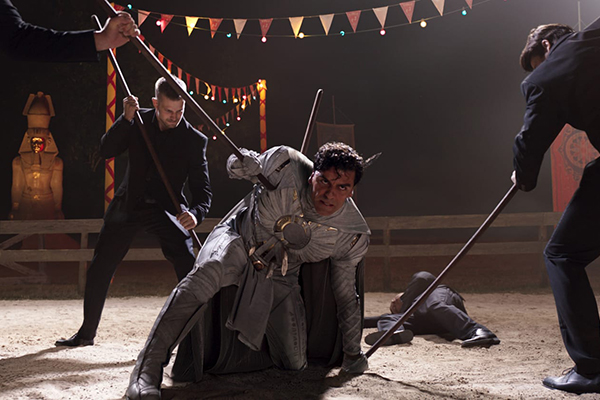 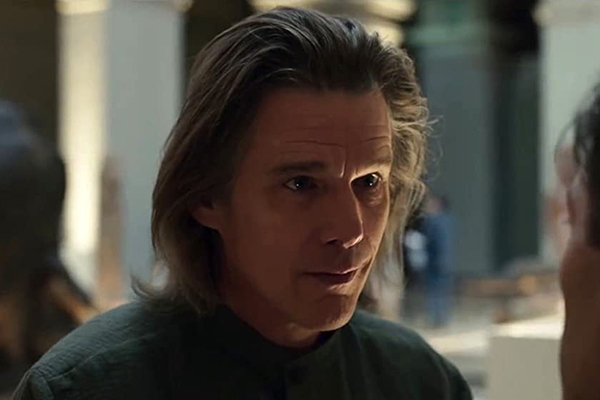 Meanwhile, the action direction of the show feels muddled and muddy. Sometimes the action is great, with some good fights between Moon Knight and some goons. We also get the introduction of another avatar, the Scarlet Scarab (I won't spoil who becomes that avatar) and some of these fights have a tight and focused quality to them. Often, though, the direction gets caught up in quick cuts, shaky camera works, and bad direction. You feel like there's good action going on in here if only you could see it, but the show obscures as much as it shows, making the action less effective than it should have been. That, coupled with Marvel bog-standard bad CGI (it's practically a trope now), means the action isn't always fun to watch, a bad look for an action-adventure superhero show.

And this doesn't get to the biggest issue I had with the series: it's explained mythology. It's one thing to introduce ancient mythology into the MCU. I actually think it's really cool that the show has a Middle Eastern setting and sees the introduction of an Egyptian superhero. That being said, we already have gods in the franchise, the Norse gods thanks to Thor, and they're basically super-powered, otherworldly aliens. As has already been started about the next Thor film, Love and Thunder, we know that the Greek gods exist and they get similar treatment to the Norse deities. The Egyptian gods, though, are different; they're spiritual beings, with their own dimensional realms (and literal afterlife world), that need avatars to exist on this world. How does this align with the other gods we know? How does any of this work?

Again, it's a lot of story and information that the series really needed to address, and yet doesn't. A few minutes on the mythology, and fleshing out this new part of the MCU, would go a long way to making this series feel connected to the larger franchise as a whole. Right now Moon Knight feels tacked on, a weird little vestigial thing with some cool characters but not enough connection to the world we already know. Some explanation, some backstory for all of this, would have helped a lot and kept me far more engaged than I was.

There are great ideas in Moon Knight, but the show just doesn't come together like it should. I wanted to like the series, stayed with it through it's six episodes, but there just isn't enough here to keep me interested. I can certainly see a lot of viewers tuning out, getting bored as the show lumbers from one idea to another, one plot point to the next. The show wants to give us this new, expansive world with a dynamic new area to explore. Until it gets the room and space to really explore it properly, though, the show is never going to be as good as it needs to be. 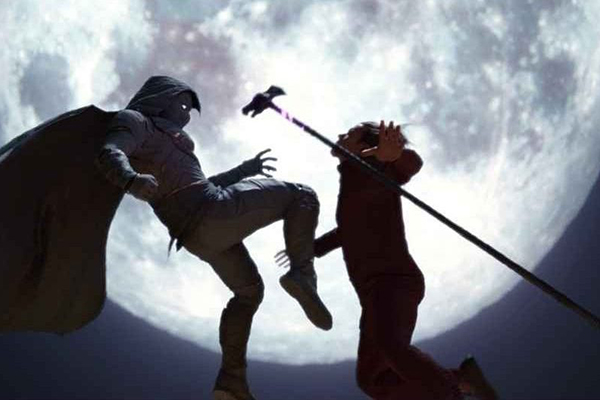 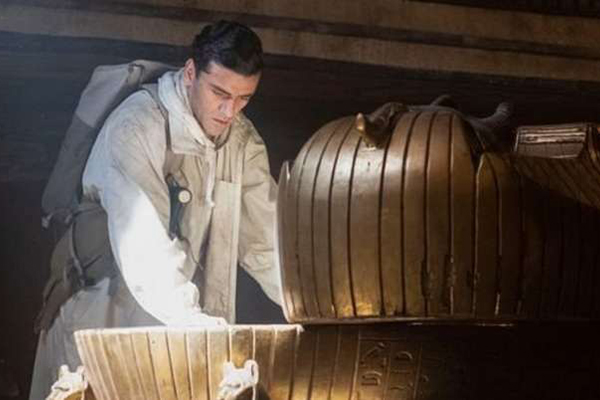 Marvel has done a great job making their C-list heroes into household names. They created a good-looking on screen hero here and gave him the perfect actor to play him. Despite this, though, Moon Knight is not the launching pad the character needed. Now that the six episodes have aired, I doubt most people are going to discuss the hero any time soon. He's a neat idea, but the series betrays him and leave the audience wanting.