What Direction is the MCU Taking?

The Future MCU Slate on Disney+

It's been a while since we heard from the Disney+ slate of Marvel Cinematic UniverseWhen it first began in 2008 with a little film called Iron Man no one suspected the empire that would follow. Superhero movies in the past, especially those not featuring either Batman or Superman, were usually terrible. And yet, Iron Man would lead to a long series of successful films, launching the most successful cinema brand in history: the Marvel Cinematic Universe.. Actually, honestly, it's been a while since we've heard from the MCU in general. That, of course, is due to COVID-19 as we were supposed to get Black Widow this last summer but, instead, that's been pushed to at least May 2021 (if it doesn't get released on Disney+ at some point before then). The last film we saw in the series was Spider-man: Far From Home and it's been over a year since we got anything new in the universe. 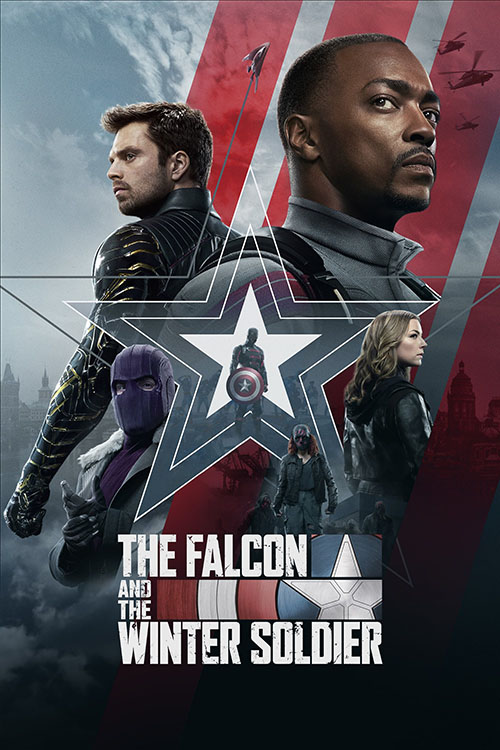 So, first off, let's address the elephant in the room: plenty of naysayers and critics Online have been saying, "do we even need the MCU anymore?" The series came to a natural "stopping point", in a sense, with Avengers: Endgame. Whatever comes out after that has big shoes to fill if they're going to get us amped for another epic Phase of the MCU after everything that was setup all the way back in the first Iron Man came to a satisfying, and spectacular, conclusion. Do we need more of the MCU?

Well, I enjoyed the second SpidermanSure, DC Comics has Batman, Superman, and Wonder Woman, but among the most popular superheroes stands a guy from Marvel Comics, a younger hero dressed in red and blue who shoots webs and sticks to walls. Introduced in the 1960s, Spider-Man has been a constant presence in comics and more, featured in movies regularly since his big screen debut in 2002. film in the series (whatever its flaws), and it did setup an intriguing way forward for the universe: the multiverse. Yes, to be fair, the second Spider-man dangled the multiverse while absolutely yanking it away saying, "nope." But that first (faux) teaser is clearly being setup to introduce the multiverse in a big way, and that leads us to the teasers we've recently gotten for the slate of MCU shows coming to Disney+. We're talking WandaVision, Loki, and What If?.

The first of the shows, WandaVision, wasn't meant to be the opening salvo for Disney+ or the proper introduction of Phase 4 of the universe. Those honors were supposed to go to Black Window in theaters and Falcon and the Winter Soldier on the streaming service. But COVID delayed movie released, and it also screwed up the production cycle on the TV shows, so suddenly WandaVision moved to the front of the queue.

From what we're seeing of the show from the first and second trailers, that is probably the right call. It's fair to say that, in many ways, the MCU has become a bit staid. There's a formula to the movies and, as the films have gone on, they've become less and less surprising. They're still fun, mind you -- I'm not here to rip on the MCU, so everyone can put away your Internet pitchforks -- but the surprise factor for the movies has certainly drained away a bit over the years. We're a long way from the shock and awe of seeing Nick FuryIn Marvel's history there have been two characters to bear the name Nick Fury, father and son, both of whom fought for their coutry to protect the world. But it's the second, Nick Fury, Jr., who is famous as the head of SHIELD and backer of the Avengers. at the end of Iron Man. 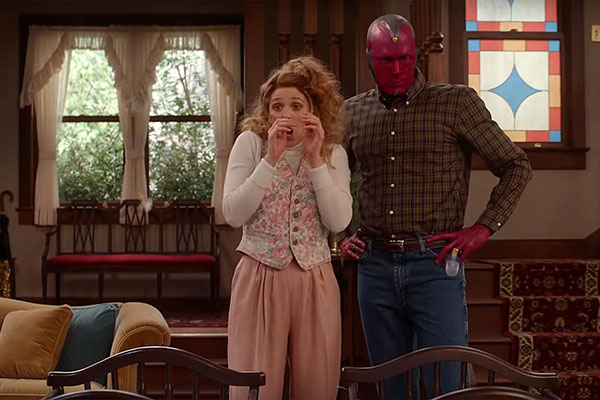 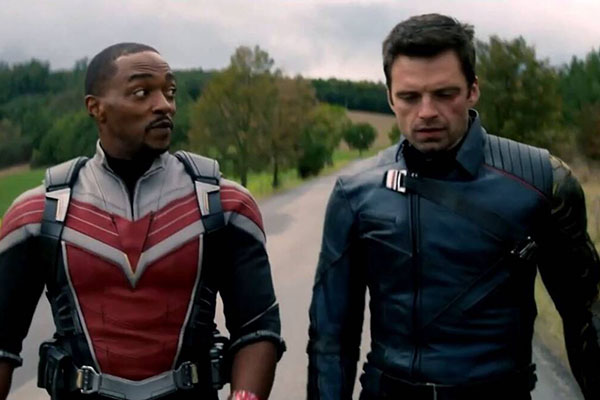 That's what I like about the trailers for WandaVision: it's weird and surprising and playful. The idea of Scarlet Witch / Wanda and her cybernetic lover (who died back in Avengers: Infinity War), Vision, somehow going through different, sitcom-based versions of reality, all while not knowing what's going on or where they are, that's all really intriguing. The title of the show got a lot of scorn when it was first announced, but having seen the trailers, I'm really quite amped for the TV series.

That's a weird thing to say, honestly, because the MCU doesn't have a great track record on TV. The first couple of NetflixOriginally started as a disc-by-mail service, Netflix has grown to be one of the largest media companies in the world (and one of the most valued internet companies as well). With a constant slate of new internet streaming-based programming that updates all the time, Netflix has redefined what it means to watch TV and films (as well as how to do it). shows had promise -- season one of both Daredevil and Jessica Jones). But as that connected set of shows went on -- Luke Cage, Iron Fist, Defenders -- things really started to fall apart.

It's weird to think that the only good Marvel show we've really had has been Agents of SHIELD, because, for the first couple of seasons, that show really sucked. But it blows everything else Marvel TV produced right out of the water, in the long run. So, yeah, the prospect of Marvel TV actually being good, of making me interested, is quite weird, to say the least.

And it's not just WandaVision, mind you. The first look at Loki has me intrigued. When it was announced that character (a version of him from earlier in the timeline, no less) would be getting his own show, I wasn't sure what to expect. But the series looks like it's going to be a world-hopping bit of a mind-fuck and I'm all for it. Tom Hiddleston kills it as the Trickster God and this seems like a series that is really going to challenge the character, as well as challenging what fans expect from his stories. 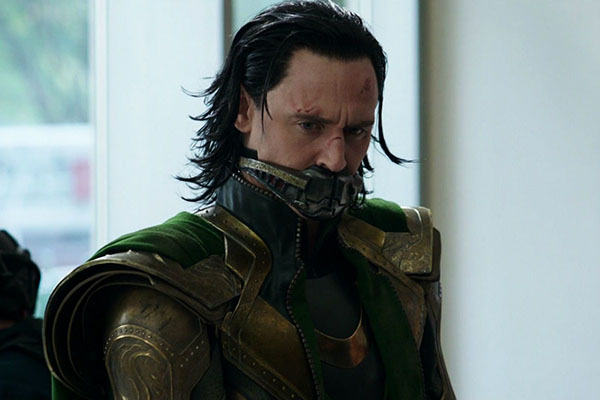 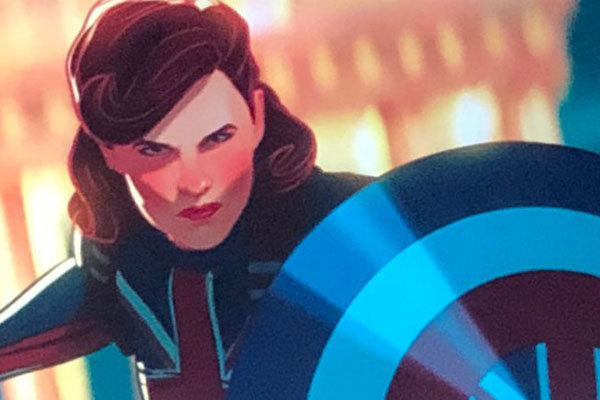 And then there's What If?, where the first look for that show has be absolutely on the edge of my couch cushion. Yes, they're all stories set outside of continuity... but are they? One of the upcoming movies is Doctor Strange and the Multiverse of Madness, so who knows how long things proposed in What If? stay in that series. Plus Agent Smith as Captain AmericaCreated by Simon and Kirby in 1941, Captain America was a super soldier created to fight Germany and the evil HYDRA. Then he was lost in the ice, only to be found and reborn decades later as the great symbol of the USA.! Black PantherCreated by Lee and Kirby, Black Pather first appeared in the pages of Fantasic Four before going on to feature in his own books. Among his long run in comics and many skills and abilities, he's credited as being the first comic character of African decent. as Starlord. Bucky fighting a zombie version of Cap! What's not to like about that? Again, it seems like it's taking some risks with the formula of the MCU and I'm all for it.

The one weak spot in the lineup is, ironically, the show that was supposed to come first: Falcon and the Winter Soldier. The first look for that show is just... meh. I like the actors, I want more Captain America stories, and I like the evolution of having Cap pass his mantle off to Falcon. And yet there's no chemistry between the leads in this trailer, and there's very little to go on that feels fresh or new in this story. So far it looks like a safe, normal MCU tale, and we already had a 21 of those (plus all the safe and normal TV shows to go along with).

Hopefully Disney sees the reaction the fans have to the various shows and gives us more material that challenges the MCU, that really pushes it. Plenty of Internet commentators have been declaring that we're at "peak superhero" for a while now. The films kept making billions of dollars, though, so that argument didn't seem entirely strong. Now, though, in COVID times, the prospect of going to the cinemas has been nixed completely and many of us wants something fresh and new to distract us from the world outside. If ever there was a time for the feeling of peak superhero to really set in, I think it's now, in a fresh phase of the MCU, when people have had time away from universe for so long maybe we don't care as much anymore.

WandaVision makes me care. What If? and Loki, too. Disney needs to do right by the universe and give us a lot of cool stuff like that, not just more retreads of the basic material like we seem to have in Falcon and the Winder Soldier. There's a chance, here, to really take the MCU to the next level. We have both paths in front of us, and I know which way I hope Disney leans after this.