A Return to the Comforts of Home

When it was first announced a couple of years ago, the idea of Wanda Maximoff and Vision heading up their own Marvel Cinematic UniverseWhen it first began in 2008 with a little film called Iron Man no one suspected the empire that would follow. Superhero movies in the past, especially those not featuring either Batman or Superman, were usually terrible. And yet, Iron Man would lead to a long series of successful films, launching the most successful cinema brand in history: the Marvel Cinematic Universe. series seems outlandish at best. While Paul Bettany had curries a lot of favor among fans, voicing Jarvis the A.I. assistant of Tony Stark since the very first Iron Man (and thus seeming like a fleshed out character even if his Vision persona never had that same level of treatment), Wanda was a barely sketched character at best. 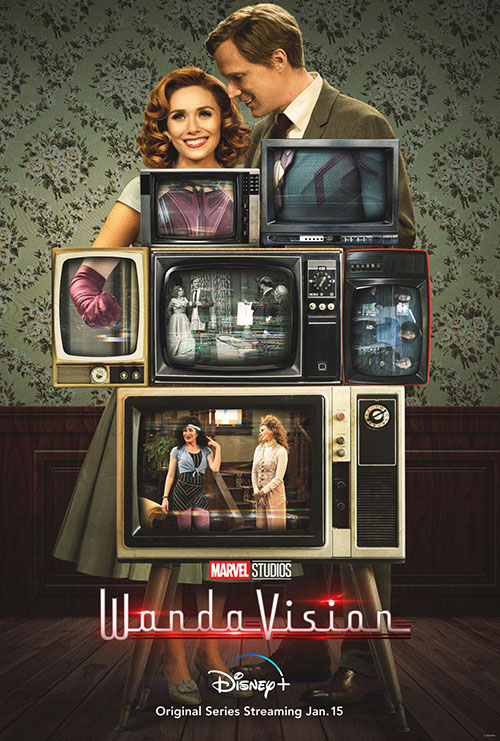 She first appeared as a villain in the horribly overstuffed Avengers: Age of Ultron before quickly turning coat in that film and helping the AvengersMarvel's answer to DC's Justice League, this team features many of Marvel's biggest superheroes working together to protect the world and avenge its evils.. She then has appeared most in the Avengers crossover films, but she's hardly had a major storyline viewers could sink their teeth into, let alone one with Vision (although the two really did their best to sell the awkward love story between Wanda and Vision in Avengers: Infinity War). She was not a character I figured would be able to support a solo adventure this late into the MCU's run.

I have to think the creators of WandaVision understood that. They had to have seen how Wanda and Vision were treated in previous films and suspected that the characters needed a solid shakeup, not only for their own sake but also to get viewers out of their comfort zones. A standard superhero tale for these two simply wouldn't have cut it; something new and different had to be done so that people could reevaluate Wanda as a character and learn to appreciate her on new terms.

That shakeup is exactly what WandaVision provides. As the first television series properly set in the MCU (sorry NetflixOriginally started as a disc-by-mail service, Netflix has grown to be one of the largest media companies in the world (and one of the most valued internet companies as well). With a constant slate of new internet streaming-based programming that updates all the time, Netflix has redefined what it means to watch TV and films (as well as how to do it). Marvel shows, you quite emphatically no longer count), this series does something nothing else in the MCU has yet managed to do since the success of Iron Man back in 2008: surprise us. It starts with an off-kilter premise and then constantly remakes itself (quite literally at times), all in service of a story that broadens our understanding of Wanda, and her love for Vision, and just what a tragedy everything has been for her up to this point.

But before we get to the tragedy we first get to enjoy the humor. The show opens with a set of episodes that mimic sitcoms from bygone eras: Dick Van Dyke, Bewitched, and The Brady Bunch, with each episode perfectly reflecting the era it copies, from the intro credits to the little touches of fashion and furniture. The details are great, and the sitcom episodes are solid as well. But in each episode there are touches that make us question the reality the two, Wanda and Vision, are in, even beyond the fact that they're living in various sitcoms. 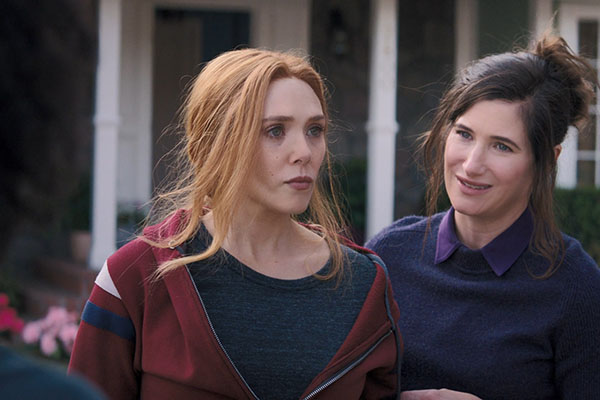 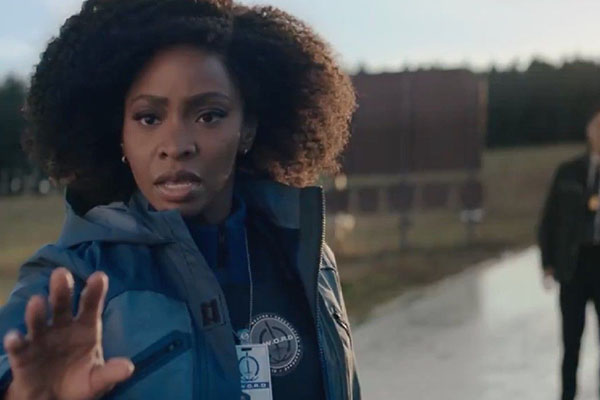 The build comes to a head right around the halfway mark for the series with episode "We Interrupt This Program..." which takes place outside the sitcoms in the "real world" of the MCU. There we follow Captain Monica Rambeau (Teyonah Parris), agent of SWORD, as she assists FBI agent Jimmy Woo (Randall Park) with an investigation into weird happenings at Westview, New Jersey. This leads them to stumble onto the world that Wanda seemingly has created, a world of past sitcoms. Then all of SWORD descends when Monica is sucked into that world and we have to start worrying if something malicious is really going on. Is Wanda in control of this world or is all of this being done to her?

Credit is first due to the series because the sitcom setup really lets us get into the relationship between Wanda and Vision. The two of them falling in love and being a couple is something from the comics but it was never very well setup in the films. Here, while the series can't quite dispel the fact that a proper history for the couple has never been established (although at least one episode tries to rectify that), we can at least appreciate the chemistry between the two leads here and their enjoyment being in each others' presence, and that goes a long way to selling them as a couple. By the end of the series you really are rooting for these two, a situation I didn't expect after all the previous films.

Beyond that, though, we have to acknowledge that this is easily the most playful, and most interesting, MCU project yet made. A TV series that plays with old TV sitcoms (and, as we eventually learn, in proper service of the characters and the story) while telling a magical (literally), super-heroic story feels like it shouldn't work within the reality of the MCU. More to the point, its amazing that a project this strange was green-lit at Disney/Marvel. And yet, Kevin Feige clearly had trust in his creators and was willing to let the universe get experimental after the smashing success, and effective conclusion, of the first full Phase of the MCU.

I think this series actually does a lot for the MCU, especially considering its the first real work in the fourth smaller Phase of this universe. It was meant to come out after two standard super-heroic works, Black Widow (which has been repeatedly delayed) and The Falcon and the Winter Soldier (which was delayed and now comes out later this month). Instead of following two standard works of the MCU form, this show becomes the opening salvo for the "season" of that verse and redefines expectations. 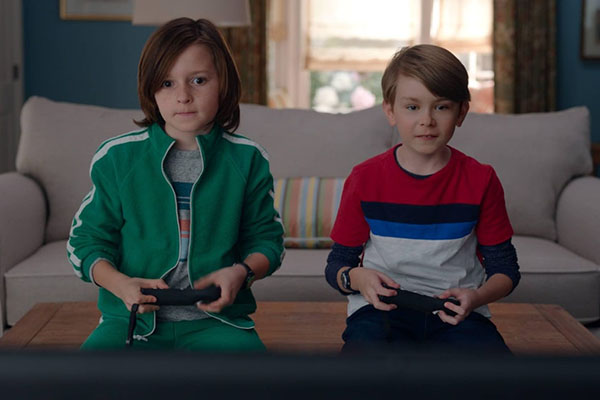 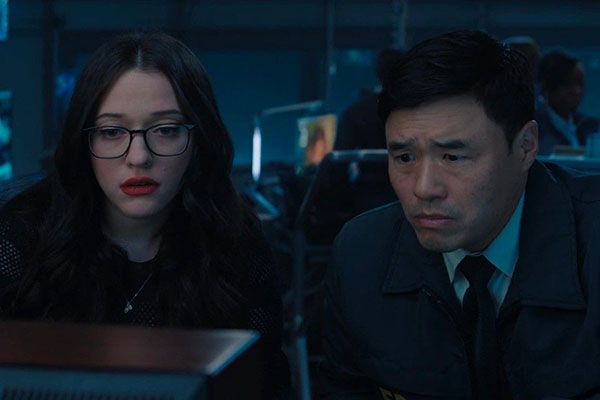 If anything, this series might be weirder, and more creative, that much of the rest of what will come out in Phase IV. Instead of the universe returning to the status quo of superhero tales and the normal beat-em-ups, I'd like to see more productions take a page from Wanda and Vision's tale here. The show managed to find the heart of two underutilized characters and grow them as interesting beings. In the process it gave us a weird and wild story that still worked within the rules of the universe while breaking all the conventions.

And, it has a solid, at times heartbreaking ending that really works. It's an ending you knew had to happen, from all that we know about Wanda and Vision before now and through this show, but that doesn't make it any less sad, or properly poignant. The show does still have the super-heroics at times (especially in the last episode of the run), but it also has heart, and laughs, and everything you'd want from something trying to push the bounds of the MCU and what can be achieved within the confines of that universe. It works so well it's going to be the bar against which I judge all further projects from the series. "Did you try to push things as far as WandaVision? No? Well..."

If that isn't a glowing review for a show that, by all rights, shouldn't have worked when it was first announced, I don't know what is.