When one of the big comic companies announces a new show, I of course sit up and take notice. It's not just because a new superhero shows provides fodder for me to write about on this site (although they do, and I will) but also just because I'm a huge geek for superheroes. While my opinion on who has the best comics has been stated before (DC), as well as who makes the best movies (Marvel) and TV Shows (it's a tie), I still read the comics from both companies and will excitedly tune in for whatever they've making (and, as of yet, haven't stopped watching any of the shows released since the first season of Arrow). 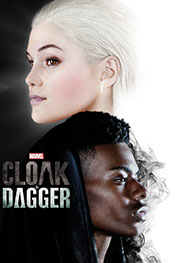 I did feel some trepidation when Marvel, in coordination with Freeform, announced a new Cloak and Dagger series. For starters, the eponymous heroes of Cloak and Dagger aren't exactly A-list superheroes. I'm not even certain if they count as B- or C-list heroes. I know I saw a couple of issues for them back in the 1980s, and they've popped up occasionally in various video games (usually as assists in 1990s Spider-man titles), but they aren't really "big name" heroes. In my head they're a lot like DC's Hawk and Dove -- sure, I know about them, but does anyone really care about these two at all?

There's also the fact that the show was releasing on Freeform. For those that aren't as old as I am or maybe just don't remember, Freeform used to be the ABC Family channel (which was the FOX Family channel before that, and simply The Family Channel even further back). Freeform (under any of its guises) is not well known for its quality content; usually, Freeform's shows rate as low-grade CW-quality shows (or worse). For ABC/Disney/Marvel to decide to release a superhero show on Freeform shows how bad the show could be, right? Thankfully, the team behind Cloak and Dagger did everything they could to elevate the show above its C-list roots and the network housing it.

Cloak and Dagger follows the lives of Tandy Bowen (aka Dagger, played by Olivia Holt) and Tyrone Johnson (aka Cloak, played by Aubrey Joseph) and their intertwining lives in New Orleans. Eight years prior to the main events of the series, a drilling rig blew up off the coast of the city. This caused Tandy's father's car (which she and her dad were riding in) to careen off a nearby bridge. At the same time, Tyrone and his brother, Billy, were being harassed by the cops on the waterfront and, when the rig explodes, this leads one of the cops to accidentally shooting Billy. We then jump forward to the present where Tandy and Tyrone are leading very different lives: Tandy is a thief and a runaway while Tyrone is a star basketball player but he, and his family, are still deeply troubled by the events of the shooting.

It's through a chance encounter by both Tandy and Tyrone at a party that the two meet (again, as we see in flashbacks they both ended up on a beach by the exploded rig years earlier), and then they both soon realize that they suddenly have super powers -- Tandy can summon daggers while Tyrone and teleport himself in a cloak of shadows. The two end up digging into the mystery of the rig explosion, how it ties into their powers, and when it means for them as they slowly become protectors of their city. 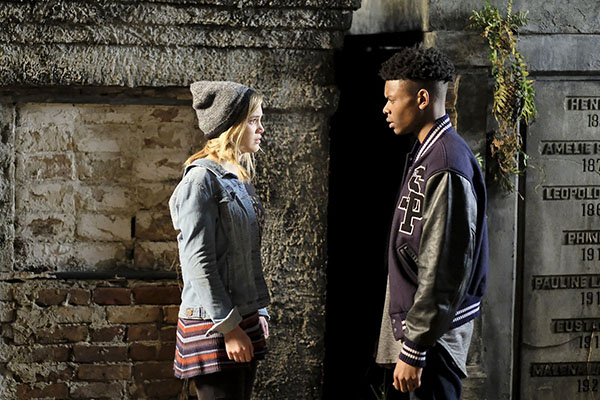 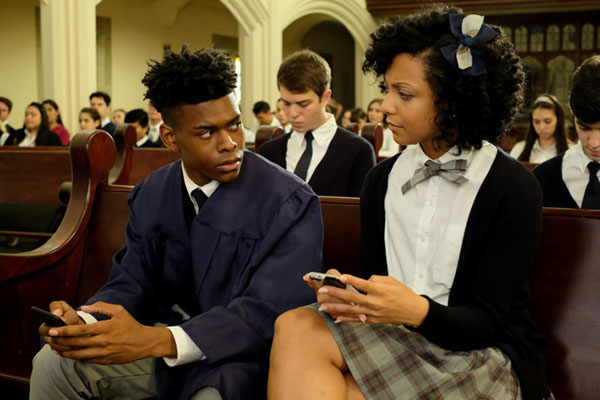 The characters are the biggest strength of the series. As portrayed by Bowen and Johnson, Cloak and Dagger are two flawed teens with powers they don't understand just trying to figure out what's going on. They each have their issues -- Tandy is a thief, Tyrone has serious anger problems -- but there's still a warm center to their performances. In the wrong hands these characters could easily be unlikeable (especially Tandy/Dagger), but the actors give them heart and conviction, selling the flaws as well as the heart.

However, the rest of the characters aren't as well realized as the two leads. Tandy's mom is a pretty one-note characters for most of first season who only gets any character development late in the episode count, right around the point where you've already grown tired of her. Meanwhile, Tyrone's parents are so wrapped up in their grief of their other son, Billy, that it becomes their defining trait. More work is done to focus on his parents, but they're still pretty one-note. Other characters, like the evil cop that shot Billy, are so plainly "evil" that there's no nuance to their characterization at all. In all cases, things begin to improve late in the season to the point that I expect the cast of characters will have a lot more depth in second season. It just would have really been nice to get better development earlier in the show.

The issues with the characters and their fairly simple characterization across the board couple with another major issue: the show is very slow paced early on. There are a number of early episodes spent detailing the character's normal life, following them around as we learn about them, but the show is decidedly lacking in anything close to superheroics until the later game for the season. The first truly "super" thing they do is in the seventh episode (of a ten episode season) in "Lotus Eaters" (the time loop episode I discussed before). While that episode is cool, and the series begins to pick up from there (straight through to a pretty good, and climactic, season finale), it does feel like much of the season is spent table setting and plate spinning.

None of this is deal-breaking, mind you. Many shows take time to get on their feet and shake off their early jitters (Agents of SHIELD took two seasons to get really good and now it's one of my go-to shows for superheroics). Certainly I have high hopes for second season (maybe with some crossovers with other Marvel properties since the series has already referenced both Luke Cage and Iron Fist). I just wished more had happened in the first season to really generate energy heading forward. 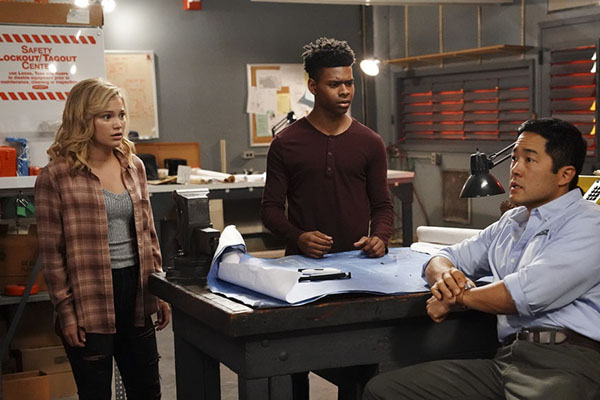 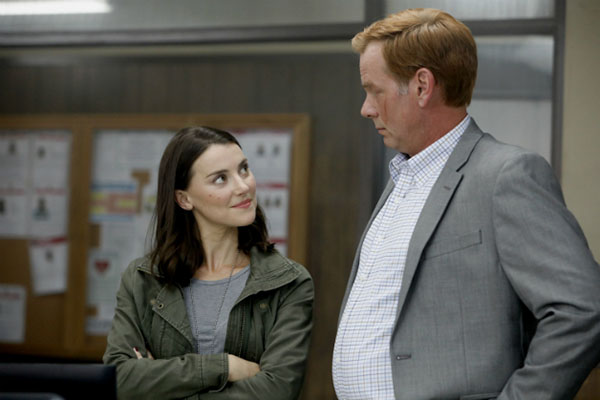 I mean, I get it that this is a show on basic cable and probably doesn't have a huge budget. Superheroics on the cheap is hard to pull off the show is clearly doing what it cane to use the super powers sparingly and to good effect. It's just that when the Arrowverse can do powers on a budget week after week, we end up expecting more from our superhero shows.

Your mileage with Cloak and Dagger may vary. It's heroes are well developed but the show is certainly a bit slow, the side characters pretty one-note. If you bear with it you'll probably be very pleased with where the series leaves off. I just can't help but think that some viewers may be better off waiting for next season to see if the show is really worth picking up long term.