When it comes to the main superheroes of the Marvel Cinematic UniverseWhen it first began in 2008 with a little film called Iron Man no one suspected the empire that would follow. Superhero movies in the past, especially those not featuring either Batman or Superman, were usually terrible. And yet, Iron Man would lead to a long series of successful films, launching the most successful cinema brand in history: the Marvel Cinematic Universe., it does feel as though the big green guy, The HulkOnce the brilliant Dr. Bruce Banner had dreams of making the world a better place by building super soldiers to act as a shield for all mankind. Then an accident at his lab bathed him in gamma radiation. Now he has a living nightmare, as a big green guy lives within, just waiting for the rage to take over so he can be free., has been under-served by the universe. Sure, he's shown up in a number of crossover films, with the most recent being Avengers: Endgame, but the big green guy hasn't had is own, proper film since the very second film of the whole universe, the little-loved The Incredible Hulk. 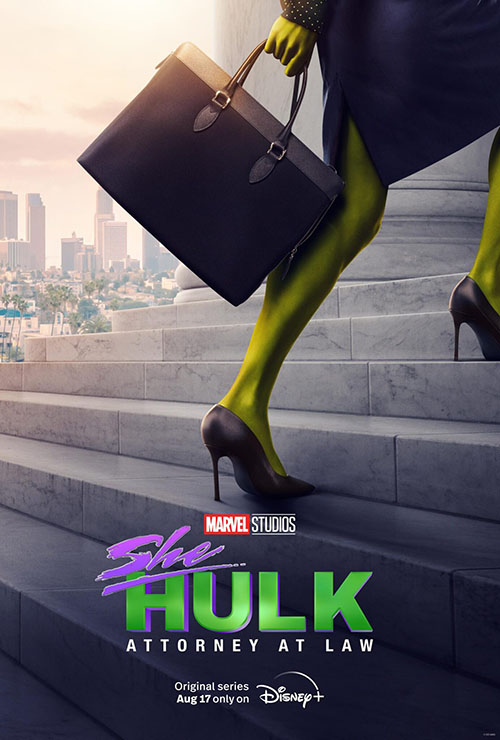 This isn't really the fault of Marvel as the rights for the Hulk were tied up at Universal. He could show up in crossovers due to the deal negotiated by the studios, but he wasn't allowed to have his own solo adventure. Things seem to be changing somewhat, with some of the characters tied up in those licensing deals, such as Namor (who will soon be appearing in Black Panther: Wakanda Forever), moving into the MCU. Still, it would be nice to get more Hulk in the MCU.

One other character that is now free to appear as she likes in the MCU, though, is She-Hulk. Not only can the MCU now use her but she got her own solo TV series. The exact details of why this could work remain shrouded in studio stupidity (I'm sure it has something to do with streaming series counting as different beasts than broadcast TV shows), but whatever the case we can have a Hulk and their regular adventures. And, not to undersell her own accomplishments with this series, She-Hulk has managed to come flying out of the gates with a pretty solid, and unusual, adventure that promises to shake up the storytelling status quo of the MCU.

The thing about She-Hulk is that she's not a traditional superhero. For one, she's a lawyer, meaning she approaches her stories from the side of the law (and not vigilantism). He goal is to help people from within the court room and though she can smash, like any Hulk, she prefers legal briefs to fisticuffs. Beyond that, though, She-Hulk is also a fourth wall-breaking character that would address her audience from within the pages of her stories. This means that, in the transition to the MCU, She-Hulk (and her show She-Hulk: Attorney at Law), can give us stories from a very different perspective from all the costumed heroes we've had for the last 12-plus years of Marvel cinema.

In the series we're introduced to Jennifer Walters (Tatiana Maslany), lawyer with the L.A. District Attorney's office. Although she has a life she's happy with, her world is thrown into chaos during a road trip with her cousin, Bruce Banner (Mark Ruffalo). The car is nearly attacked by an alien spaceship (you know, as it happens), Jen isn't able to recover from a spin-out, and the car goes off a slope. Both Jen and Bruce are injured in the crash and, in the process, Jen gets some of Bruce's blood in her wound. This suddenly transfers over the Hulk powers to Jen, making her a Hulk, too. A "She-Hulk". 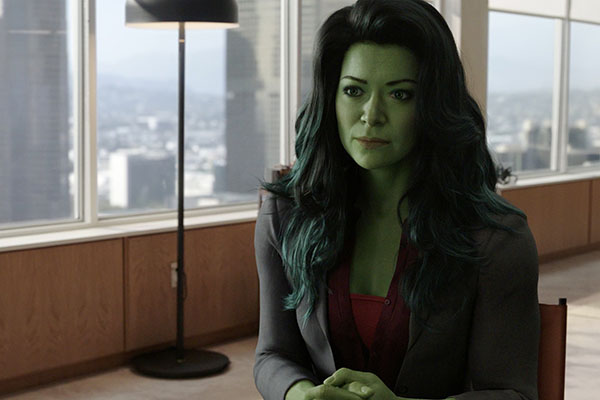 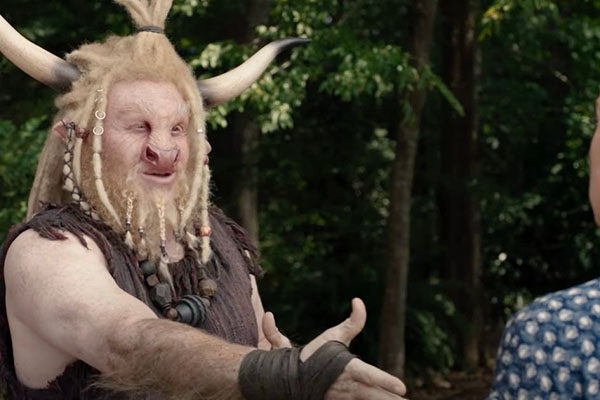 Jen trains with her cousin to learn to control the Hulk within, then she heads back to her life to rebuild what she had. After revealing her powers to stop a mad-woman, Titania (Jameela Jamil), Jen is fired from the DA's office (because she's a liability) and ends up taking a job at GLKH as She-Hulk. From there she has to deal with court cases and super-powered weirdos, all while fighting against a group of Online harassers that hate that there's a new female superhero on the scene. And through it all Jen just wants to go back to being Jen.

Jen's story in her series is different from that of other superheroes in the MCU. As the creators noted, Jen doesn't want to be a superhero. Although she spends the season slowly getting used to having her powers, at the end of the day she's be perfectly happy not being a Hulk (at least until a storyline basically takes that away from her). This is different from most of the heroes in the 'verse who, by and large, accept their new powers and use them for good. The one hero she most resembles is, naturally, Bruce who never wanted to be a Hulk and spent a good amount of his time with powers actively trying to fight them.

With that said, Jen isn't the same kind of Hulk as her cousin. The show makes sure to inform her story from the female perspective, right down to how she controls her powers; Bruce's secret is he's always angry and, as a woman and all the crap she has to deal with, Jen has been pretty good at controlling her anger her whole life. This explanation in the first episode of the series helps to show just how Jen will approach her show: she's not going to follow the same path as her male counterparts and, thus, will not be doing the same things the same way. Her story will be different.

This feels like a meta-commentary on the MCU in a way, and that's something this show certainly doesn't shy away from. There are many instances in this first season where Jen is presented with a standard superhero setup but she zigs instead of zags each time. She gets a designer to help make She-Hulk some outfits but instead of superhero garb she asks for suits and dresses. She finds bad guys she has to fight but she sues them instead of punching them. And, most importantly, she gets busy with a couple of dudes in the show unlike all of the chaste relationships that have taken place in the previous 37 works of the MCU. She's got her own way of doing things. 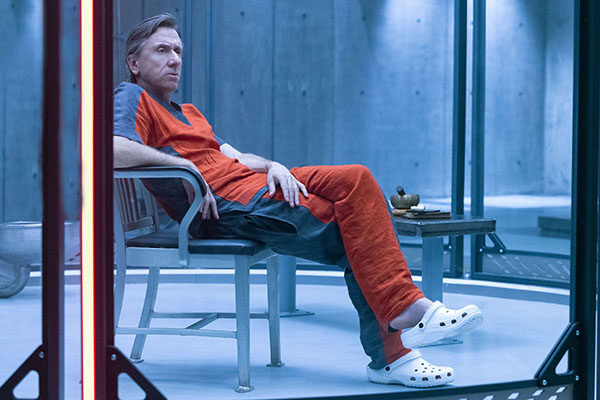 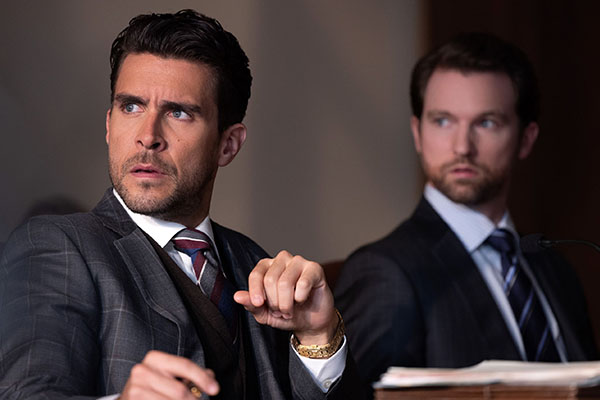 I appreciated all the ways the show tries to buck conventions. Going episode to episode this series gives Jen adventures, both in and out of the court room, and it lets her explore her world and her story without rushing through the details. It's a fun, episodic lawyer comedy that revels in just enjoying its setting and characters. This is low-stakes TV that doesn't present yet another massive villain with an end-of-the-world plan. Things are kept low-key so the show can find its own vibe.

This is actually brought to a head in the climactic final episode of the season where, without spoiling things, Jen finds her own way to avoid having another CGI-filled supervillain brawl. The show avoids doing the same thing every other series and movie has done before, finding a different way to bring its storylines to a head. I would argue that the climax is a little rushed and, again without spoiling things, it all ends maybe a little too pat. Still, the show tried for something very different (and, in the process, very funny), poking big holes in the way the MCU handled its heroes, and I greatly appreciate the effort.

The show isn't perfect by any stretch, mind you. It sets up a number of stories that don't quite pay off, it doesn't quite invest in its side characters quite the way I'd like, and it does have that messy conclusion (that very nearly works despite itself). Above all that, though, the show is a fun lark that lets you ride along enjoying Jen, her life, and her Hulk-ness. The rough spots are minor and the series sets up a promise about what could come and how the MCU can grow from this point forward.

That, I think, is the biggest win for this series: by defying conventions it shows the MCU has room for growth. Phase IV of the MCU has been a mess, never quite figuring out what it needed to do while telling stories that, time and again, seemed to fall flat as the shows and movies stretched on. She-Hulk's imperfections are major, creating one of the most assured, and enjoyable, shows in the MCU yet. If this series, and Werewolf By Night, are the road map for the way forward in the MCU. Then I'm on board. Give me more laughs, more weirdness, and more opportunities to buck conventions.