Doctor Strange in the Multiverse of Madness

I've thought about this question before, but I think Doctor Strange in the Multiverse of Madness raises it again: who is the main character of the Marvel Cinematic UniverseWhen it first began in 2008 with a little film called Iron Man no one suspected the empire that would follow. Superhero movies in the past, especially those not featuring either Batman or Superman, were usually terrible. And yet, Iron Man would lead to a long series of successful films, launching the most successful cinema brand in history: the Marvel Cinematic Universe.? In the first three phases, "The Infinity Saga", you could have had a couple of different answers. You might have leaned towards Captain AmericaCreated by Simon and Kirby in 1941, Captain America was a super soldier created to fight Germany and the evil HYDRA. Then he was lost in the ice, only to be found and reborn decades later as the great symbol of the USA. as it was his movies that dictated the main plot threads of the world of the movies. Realistically, though, most fans would point to Iron ManBillionare Tony Stark has a secret: while he travels the world by day as a playboy philanthropist and head of Stark Industries, he combats the evils of the world as the armored Iron Man. as the lead. He effectively kicked off the Age of Superheroes (with Iron Man and played a lead role in more movies than any of the other AvengersMarvel's answer to DC's Justice League, this team features many of Marvel's biggest superheroes working together to protect the world and avenge its evils..

(That said, my favorite answer to this question is Peggy Carter as she has shown up, and continues to show up, in more productions in the universe than anyone else, especially now that her mutiversal double Captain Carter has been introduced.) 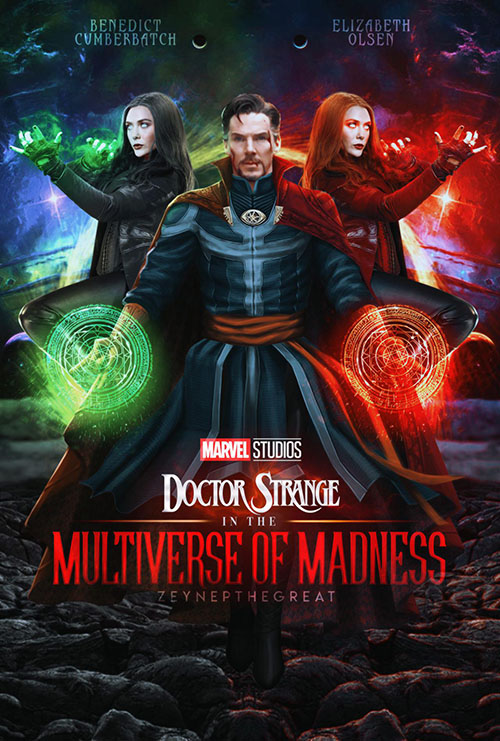 Tony Stark as the center of the MCU makes sense. He was the most popular character, obviously. He also helped to define many of the issues the Avengers faced (at times because it was his fault; see: Avengers: Age of Ultron). Technology was the big solution to a lot of problems under Tony's watch as that was his wheelhouse; find a problem, solve it with science.

Tony's death, though, did leave a void in the MCU. Cap retiring also meant we lacked the other main character of the movies. A new character (or characters) had to be moved up to take their place and it does seem like Marvel is setting Doctor StrangeSometimes thought of as the magical version of Tony Stark, Doctor Strange is the "Sorcerer Supreme", a mystic who was once a brilliant neurosurgeon until an accident robbed him of the use of his hands. But he found a way, in Tibet, to gain back not only his hands, but so much more... as our central character. This makes sense as Phase IV is deeply invested in the Multiverse, a swirling, whirling layered ball of wibbly-wobbly worlds all crammed next to each other, and Marvel's solution to Mutiversal problems seems to be "magic, and a whole lot of it."

When it comes to Marvel's batch of current heroes, no one fills not only the void left by Tony, as well as the need for magic, quite as well as Doctor Strange. He's practically the same character (something I noted back in my review of Doctor Strange, meaning the writers don't even really have to recalibrate their thought process for a new lead. "Is this something stupid that Tony would have done? Stephen can do it instead!"

I guess my big issue with this, which this second Doctor Strange does nothing to alleviate, is that Doctor Strange isn't actually that interesting of a character in his own right. He has fun moments, to be sure, but there's something too reserved, too distant about the character. In the hands of Benedict Cumberbatch the character of Doctor Strange still feels like a cypher, a character slotted in to fill a space who doesn't really work no matter how much you try to jam him in. He's good working against other people but, when viewed in his own right, you're left wondering if he's really there at all. 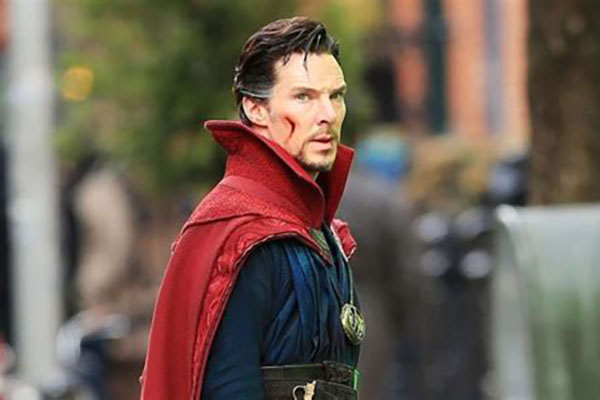 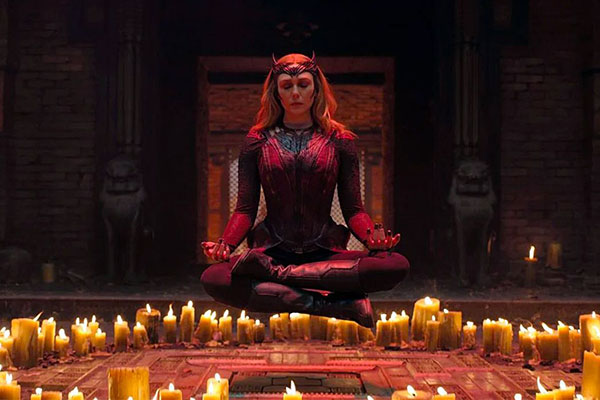 This sequel doesn't really help that matter at all, instead retreading old character beats with Doctor Strange and his ex-girlfriend Christine (Rachel McAdams). While this storyline felt like a win for Christine on two levels (as we get to see two versions of her character that both move on from Stephen), Strange doesn't really evolve in any meaningful way. Each movie he's confronted by the fact that he's a dick who doesn't think of other people, and then by the end of the film he learns how to let other people in and be a big old softie... only to forget it all again. In fairness, Tony often had this issue, too, but that doesn't really hep matters. Doctor Strange needs to get more development, need to become more interesting, because frankly he's the least interesting part of this film.

The most interesting part, by a landslide, is Elisabeth Olsen's Wanda / Scarlet Witch. That's in large part because this movie acts as a sequel to WandaVision. Building off her story there, her love and loss, and then loss of her fake children as well, Wanda realizes there's other universes where she actually has her children. So she goes in search of the power to find a way to move to that dimension and become their mother. This lead her to America Chavez (Xochitl Gomez), a girl with the power to travel the Multiverse. Sending out creatures to try and capture the girl and steal her power, Wanda realized she had to get her own hands dirty and capture (and kill) the girl herself to steal her powers.

Critics of the film groused that Wanda's actions here seem out of left-field for her character and, worse, that there wasn't enough development of them in the movie. That is true, in a sense, as the development for her doesn't happen here; it happened back in WandaVision meaning if you wanted to understand this film you needed to watch that series before. I don't think that's really a big deal, though, as the MCU has basically demanded people keep up with everything to understand anything. At this point, 34 productions deep, if you haven't watched anything you're gonna get left in the dust and you just have to know that.

Plus, the movie does make one solid nod for her: she has the Darkhold which, as per the movie, will grab a hold of a person's mind and exact a hefty price. The Darkhold, in effect, drove the already grief-stricken woman mad, turning her into the dark and evil Scarlet Witch, and once that happened her villainous role was set. But, because of all the work done for her character over the years this does make Wanda one of the most effective villains in the MCU. 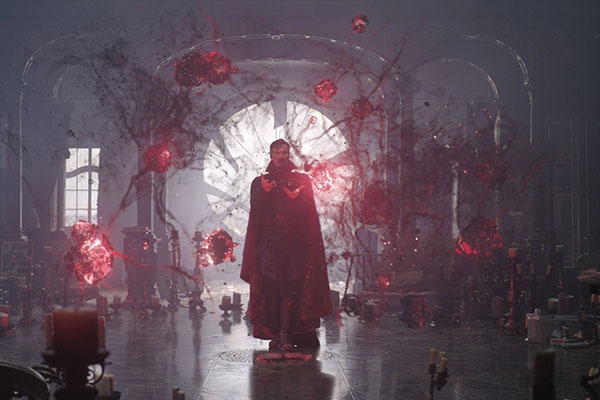 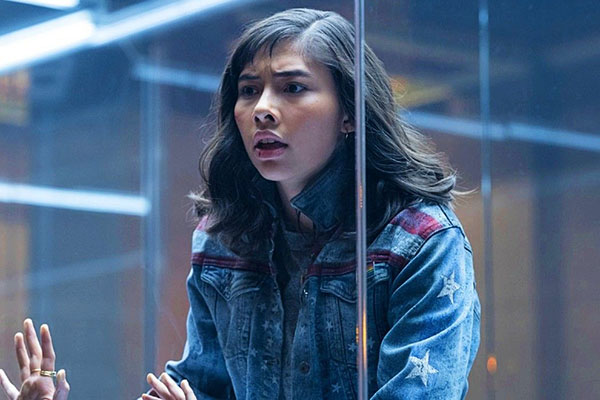 As for America, her adventure with Doctor Strange as the explore the Multiverse is fun even if her character doesn't get as much focus as she probably deserved. She's under-served by this film, acting as a sidekick to Strange simply because the two are thrust together and not due to any character chemistry or any other reason. They're bound together by fate, not friendship, and it means we don't really get solid character work for our new girl any more than we do Strange. This is less of an issue for me because it's not really her movie (she'll get her own adventure, I'm sure, and then they need to give her all the work they can) so I ended up letting this slide.

All of these gripes slide away, honestly, once the film gets going and that's because even more than most other movies in the MCU canon, this film is an absolute thrill ride. That's all thanks to director Sam RaimiStarting of as a horror director (with a penchant for gory horror), Raimi became one ofthe biggest directors in Hollywood when he directed the original Spider-Man trilogy. who clearly had a very specific (and horror-filled) vision for this movie. The story gets the introductions (and reintroductions) out of the way in a perfunctory manner, pits the Doctor against the Witch, and then sends us on an hour-and-a-half of pure adventure all the way down. This is Sam Raimi getting to cut loose and it's brilliant.

A lot of the fun Raimi seems to have is just getting back to his horror roots, giving us visions of monsters and of violence that are pretty dark for the MCU (even as it feels like this is just Raimi smashing action figures together). Some have complained that this is the darkest, and most violent, MCU film yet and that's true to a point. It has as much violence as any other smashy-smashy superhero film, this one just also owns it with some blood and gore. But then, when you get Raimi to direct your film you let Raimi do what he wants. He gives the film a vision both of darkness and of slapstick (or splatstick) glee, and it's just so much fun to watch.

As far as being a vehicle for Doctor Strange, to cement his place as the lead of the MCU, this film fails. It has the story beats, but not the heart, to pull that off. But if what you want is a gleeful, gory thrill ride that really makes you feel like you're exploring a multiverse of potential, this film absolutely delivers. It's a film that feels different from many MCU adventures but also has all the thrills and excitement you could want (with just the right touch of Evil DeadStarted as a horror cheapie to get the foot in the door for three aspiring filmmakers -- Raimi, Tappert, and Campbell -- Evil Dead grew to have a life of its own, as well as launching the "splatstick" genre of horror-comedy. for good measure). Fans of Raimi will be pleased, and anyone looking for something that feels a little different from the standard MCU fare will also have a good time. 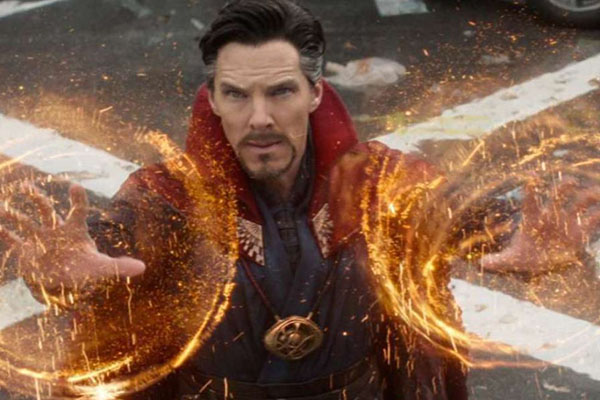 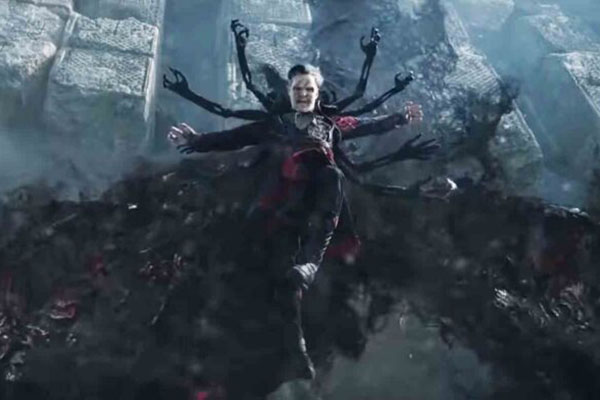 I guess the only people left out are those that haven't watched all the movies and shows, or those parents looking for a clean and sanitary film for their kids. But then, this movie isn't for them and it's better for it. I didn't love all aspects of Doctor Strange in the Multiverse of Madness but I had a grand old time watching it and, end of the day, that's what really mattered to me.