a few years ago we went over the whole of the Jack RyanStarted in 1984, the Jack Ryan series (often called the "Ryanverse") has spanned multiple books and several (loose) Hollywood adaptations. Featuring the title character, Jack Ryan, and sometimes his son, Jack Ryan Jr., these adventures tell tales of espionage, government cover-ups, and boyscout-like devotion of the good ol' U.S. of A., from earliest film The Hunt for Red October all the way through to the Amazon PrimeWhile Netflix might be the largest streaming seervice right now, other major contenders have come into the game. One of the biggest, and best funded, is Amazon Prime, the streaming-service add-on packing with free delivery and all kinds of other perks Amazon gives its members. And, with the backing of its corporate parent, this streaming service very well could become the market leader. reboot series simply titled Jack Ryan. During the whole time I can't say I ever warmed to the films; some of them are certainly better than others but the "rah rah patriotism" prevalent in the films always worked against them in my mind. America is a country but its questionable if its anywhere near as good as these films (and show) seemed to think. 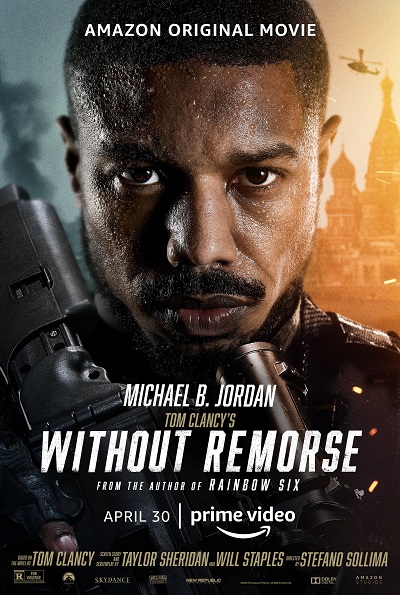 I can't say I was necessarily looking forward to the spin-off film based on the so-called "Ryan-verse". The film, which focuses on recurring "Ryan-verse" character John Clark (played previously by Willem Dafoe in Clear and Present Danger and then by Liev Schreiber in The Sum of All Fears) is certainly interesting enough on his own, but the Amazon series has failed to thrill me (especially in its weaker second season), and on the whole the "Ryan-verse" has become too self-serious. Like the books Clancy wrote, the series is deeply in love with its heroes and that works against the movies when the characters, well, kind of suck.

The thing about John Clark, at least in the two previous times we'd seen him (although those films, obviously, are not in the same continuity as Amazon's version of the universe) is that he's a got a certain spark. He works outside the law, yes, but that's given him a unique and interesting outlook (and also a bit of sardonic humor). He's seen it all and he's not interested in anyone's shit, but he quips and he shoots and he's honestly kind of fun, all things considered. None of that, though, is present in Amazon's new "Ryan-verse" film Without Remorse, and it that sucks. This 2021 film drains any fun it could have with the character, creating a humorless, and honestly pretty drab, film. It might lack "Remorse" but it also lacks anything else interesting as well.

The film opens with our soon-to-be hero John Kelly (Michael B. Jordan) as he heads out on a mission in Aleppo, Syria with his team led by Lt. Commander Karen Greer (Jodie Turner-Smith). That mission, which is supposed to hit a Syrian drug house to rescue a captured CIA operative, actually leads the team into a secret Russian weapon's depot, and this ends up being a much harder fight than was originally pitched by CIA handler Deputy Director Robert Ritter (Jamie Bell). The mission gets done, but Kelly is none too happy about it.

Worse, after the men return home back to their normal lives, a team of Russian agents come onto American soil and start taking out the American team one by one. This leads to the agents killing Kelly's wife, Pam (Lauren London), and the unborn (in a hit that still didn't manage to take him out). He kills most of the team, losing only one of their agents, but the CIA refuses to help him track down the men behind this attack. This leads him to take the law into his own hands, to find the people that really cause this happen, and to bring them to his idea of justice, without mercy and without remorse. 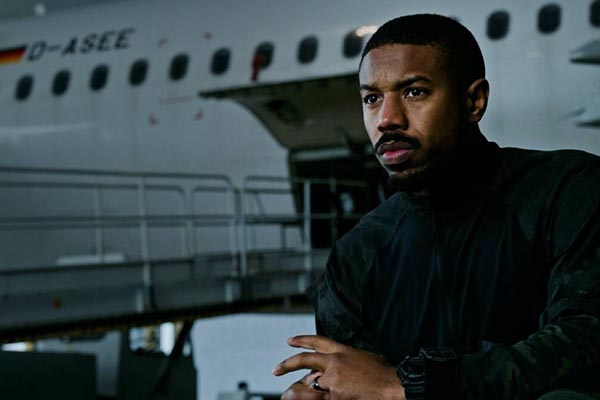 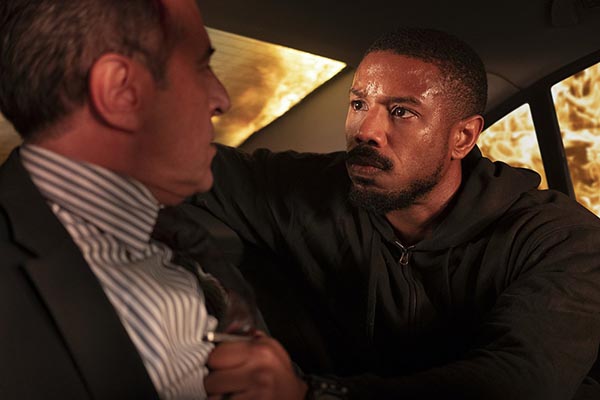 Although I have my issues with the various "Jack Ryan" films, the one smart thing all those works (and the books associated) do if ground the hero with a family. The interaction with real people (and not just spies and agents) makes Jack Ryan more likable and interesting, at least to an extent. This film, however, elects to fridge John's wife and kid in the first act of the film. This removes the only thing grounding him and while, yes, this means he can eventually work as an off-the-books "ghost", it also means that the one thing that would make him likable (which his wife does for the first act of the film) is yanked away.

Having her die in this film (as opposed to before the story starts, as apparently happens in the novel this movie is based on) means that John is grieving throughout this film. Yes, that adds some drama but it also leaves the character as a morose and empty husk for much of the film. He has nothing to live for and doesn't really care if he lives or dies, and that effectively puts him at the end of his arc, not the beginning. It's a Tom Clancy story so, of course, our hero will live and patriotism will be saved (for a certain definition of "saved"), but it's hard to care about any of that with a lead character that doesn't give and shit and gives us nothing for our troubles.

I'm not saying that a guy that's lost his wife should immediately go out and quip and fuck his way across Russia; that would be crass. But if they had to kill his wife at the start of this film (which, I contest, they didn't need to do) the writers should then have taken a jump in time, a few months or a couple of years into the future so that we could have a version of the character that has moved on, at least somewhat. Then he could be dragged in when evidence about the hit comes out, leading him to drop everything he's doing for his quest for revenge. Then we could have a hero that can lay out the occasional quips, or even have just a little fun. That's what this film needs: fun. Instead its a funeral dirge.

The fault for this isn't with Jordan (or, really, and of the other actors here). Jordan is a charismatic actor who can make just about anything work. Even his acting abilities, though, are no match for a version of this character that has no personality and no soul. Anyone could play this character and they'd effectively be the same -- empty, hollow, and little more than a cardboard stand-up with a gun. Why the film hired an actor of Jordan's talent to play someone so flat and lifeless is a real question, one I don't have a good answer for. 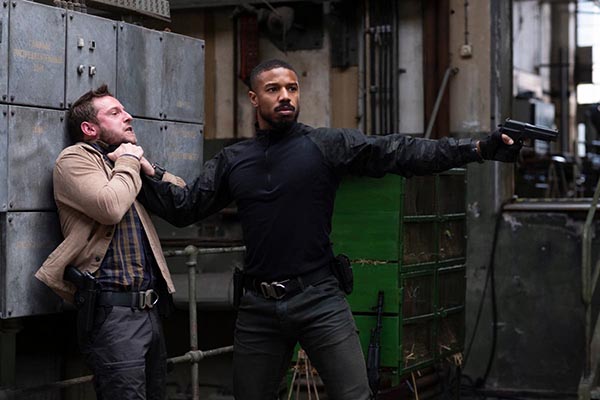 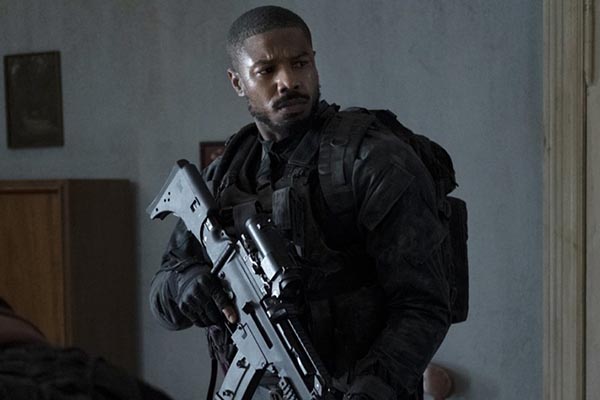 My hope is that, somehow, Amazon elects to keep Jordan around to play this character not only in the proposed next film in the series, Rainbow Six, but also in a few episodes of the next season of Jack Ryan series (if and what that ever comes back). If they can give the actor something more to do, something interesting where his character is allowed to have a personality, that could actually be great and would tie all this together nicely. We've gotten the drab and morose origin story out of the way with Without Remorse. Now, Amazon, let Michael B. Jordan play a version of the character with some actual soul. At the first least lets have some fun for once.