Homelander Explains It All

Can a show both do a lot and still somehow spin its wheels at the same time? That's a question worth asking as we look at the The Boys, the hyper-violent superhero series that just finished streaming its third season on Amazon PrimeWhile Netflix might be the largest streaming seervice right now, other major contenders have come into the game. One of the biggest, and best funded, is Amazon Prime, the streaming-service add-on packing with free delivery and all kinds of other perks Amazon gives its members. And, with the backing of its corporate parent, this streaming service very well could become the market leader.. It's a season that had a lot of action, and certainly made its characters run around a lot. By the end of the season, though, it doesn't actually feel like anyone on the show accomplished much of anything whatsoever. 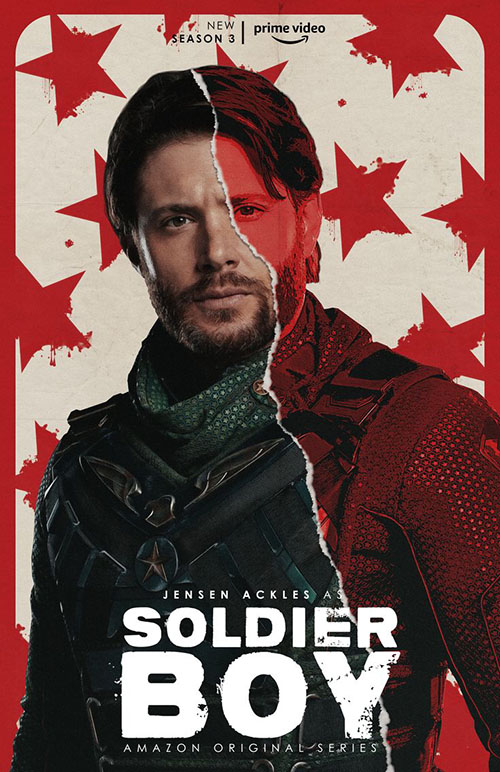 What is the point of The Boys? Is it a show that presents us a story about the rise (and, presumably, fall) of an evil SupermanThe first big superhero from DC Comics, Superman has survived any number of pretenders to the throne, besting not only other comic titans but even Wolrd War II to remain one of only three comics to continue publishing since the 1940s.-like being, Homelander? That would seem to be the case as that was, more or less, the story of this first season, and then the second, and now they third. So far, three seasons in, Homelander still hasn't met any kind of comeuppance. Hell, one could argue that each season he grows ever stronger, and more malevolent. But as far as using this to really nail the story and give us some kind of conclusion, one season to the next, this whole arc is lacking.

We'll discuss the plot of this season in particular in a bit but I want to compare it to last season which was, story wise, a lot stronger. That season so the arrival of a new member on this shows version of the Justice LeagueThe premiere team at DC Comics, their version of the Avengers (which actually came before the Avengers and, really, has existed in some fomr since the early 1940s), the Justice League is the team-up to end all team-ups, featuring some of the most popular, and longest running, characters in all of comics history (and also Booster Gold). as Stormfront joined the Seven. Of course, it was revealed that Stormfront was actually a Nazi (a real, from the 1940s, long-lived, super-powered) Nazi, no joke. She fell in love with Aryan god Homelander, and he with her, and when she was eventually killed (or, as it's revealed in the third season, horribly maimed) at the end of the season, it gave us an arc. It was a villain that was built up, developed, and then taken down for a perfect beginning, middle, and end.

The issue I have with this third season (despite all the great violence, horrible and offensive content, and solid character work all around) is that we don't have a solid arc this time around. The show introduces Soldier Boy (Jensen Ackles), a Captain AmericaCreated by Simon and Kirby in 1941, Captain America was a super soldier created to fight Germany and the evil HYDRA. Then he was lost in the ice, only to be found and reborn decades later as the great symbol of the USA.-like figure (complete with big shield) who used to protect the world (or, at least, America's interests) before he suddenly died. This left the door open for a new hero to rise, Homelander, and rise he did. But as much as he's an asshole (and he is, like just about every superhero in this series), Soldier Boy isn't really the villain of this piece. He's setup as a weapon, a plot-device that can kill Homelander (because he's super strong but also has a beam he can shoot from his chest that depowered supes), but he's not really the villain.

The villain is Homelander. The start of the season lays this out, and every action Homelander takes makes it clear he's the villain. Soldier Boy is there to stop Homelander but the season doesn't really have that happen. It seems to coast by on the idea that it can take Soldier Boy (a character introduced this season, remember) out and have that count as the season's arc. It doesn't work within its own context, leaving the end of the season as more of a question mark, an unfulfilled promise that we have to wait a year to get answers to. 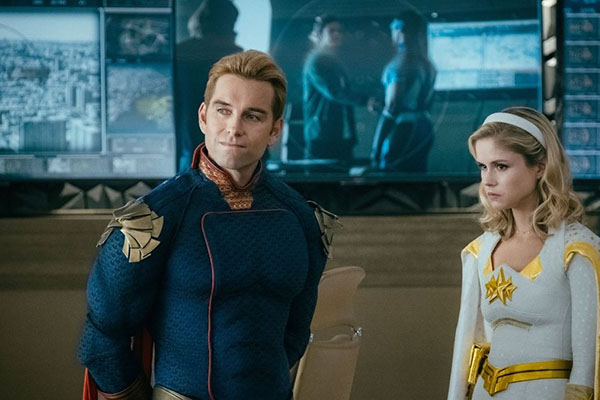 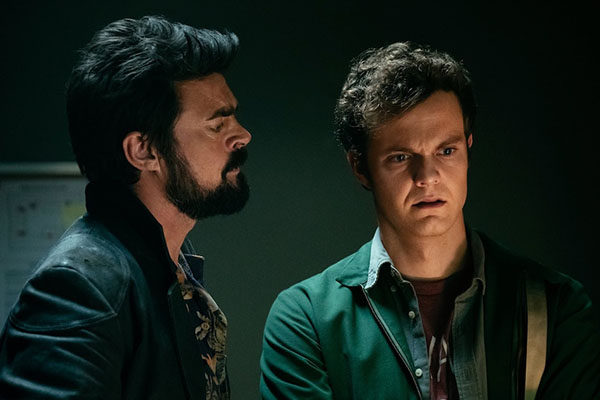 On its own I don't think this would be such an issue if we knew there was an end date planned for the series (or, at least, for Homelander's arc). If there is an end plotted out, one the producers could point to and say, "hey, we're not dragging this out. This is all necessary development." Well then, I think that would be fine. The season does give us a lot of material about Homelander going insane and evil, so with a plotted out story to go with it we'd know this was all properly leading to something and that would be fine. Take your time developing Homelander in that case so his villain arc has an appropriate fall from grace at the end.

As far as giving us the rise of an evil Homelander, this season does that really well. He's forced to share captaincy of the Seven with Starlight (the only genuinely good and true superhero in the series) and this drives him off the deep end. He starts acting out, giving rants about everyone that is against him and how he shouldn't be left feeling shitty and emasculated, and tis strikes a chord with the publish (well, at least the MRA, far-right part of the audience). Suddenly he's a hero to the crazy conservatives and his numbers start rising. That, coupled with his already insane level of power, pushes him to take over the Seven and the corporation running it (all while forcing Starlight out). By the end he's soaked in blood and totally insane, but he's also never been more popular.

Homelander is the show's Trump, made obvious not just from his courting a literal Nazi last season but also from his unhinged rants all about himself. When, at the end of the season, he kills a protester in broad daylight and his supporters cheer, you're reminded of Trump boasting that he could walk out on the street and kill someone and his people would love him. It's right here and, in the context of the show, it works. He can be as evil as he wants and his audience will lap it up.

We also have to note that Antony Starr does fantastic work as Homelander. He gets to the very meat and soul of the character, tapping until deeps levels of inhumanity to play the character. It's an amazing performance that only makes Homelander more interesting (and more evil). Starr deserves all the credit for making this character work as well as he does. In lesser hands Homelander without be a cartoon but somehow Starr manages to ground the character just enough to make him truly scary. 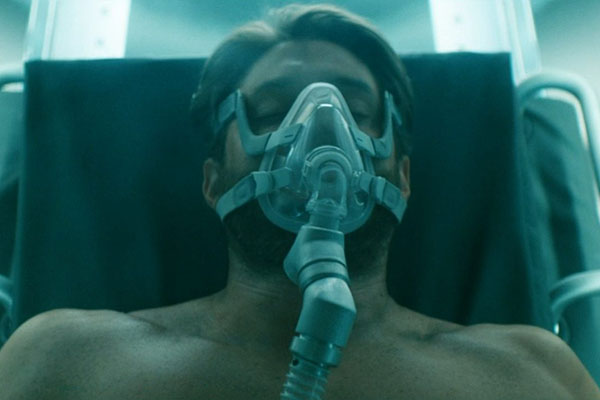 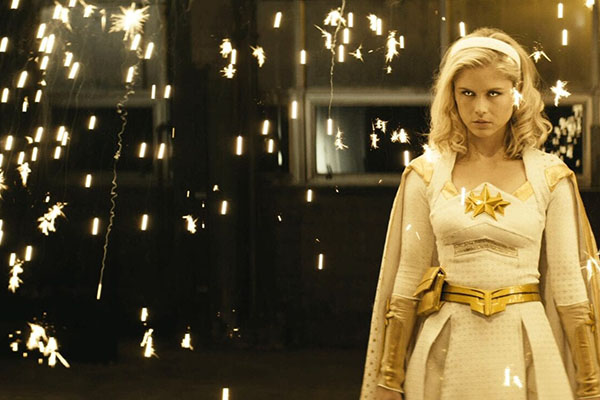 The big flaw this season is that the titular characters, the Boys, are the least interesting part of it. They get mired in a story that goes nowhere, dealing with Soldier Boy so they can kill Homelander, which doesn't happen. Thus, they're left spinning their wheels, ending up right back where they were when the season started, having accomplished nothing. Some characters do move forward -- Starlight leaves the Seven and Homelander becomes more evil -- but as far as actually pushing the series truly forward, season three fails to deliver.

So we're left to wonder what the plan is moving forward. Does the show have a plan in place for Homelander? Are we going to see him get taken down a peg (or outright killed) or is season four going to be another season of spinning around waiting for this big moment to finally come? And then what? Does the show end then? Who knows. Right now no plan has been announced so we're left with half a story and no conclusion. That's hardly the best way to end a season.

I like The Boys and I have to credit the production team for making a show as all out violent and raunchy as this series (seriously, the first episode of this season will illustrate all the awful places this show can go, so be prepared). As far as giving me a cohesive and conclusive story, they failed this time around. This show is very watchable but it doesn't always come together like I'd like and that's a big failing that, perhaps, the show will never managed to solve.