It's been a year since the last season of the Amazon PrimeWhile Netflix might be the largest streaming seervice right now, other major contenders have come into the game. One of the biggest, and best funded, is Amazon Prime, the streaming-service add-on packing with free delivery and all kinds of other perks Amazon gives its members. And, with the backing of its corporate parent, this streaming service very well could become the market leader. Jack RyanStarted in 1984, the Jack Ryan series (often called the "Ryanverse") has spanned multiple books and several (loose) Hollywood adaptations. Featuring the title character, Jack Ryan, and sometimes his son, Jack Ryan Jr., these adventures tell tales of espionage, government cover-ups, and boyscout-like devotion of the good ol' U.S. of A. series debuted and... well, honestly, I forgot it even existed. As I noted in my last review, the show wasn't bad in its first season it just struggled to be really good. And, as should be obvious, it wasn't all that memorable, either. John Krasinski put in a fine performance as the nebbish Jack Ryan, trying hard to sell us on a dweeb who also could pick up a gun and kick ass, and while the dweeby side of his personality worked really well, the espionage sections of the show were ho-hum in their expectedness. They worked, but the show didn't really have anything new to say for the genre. 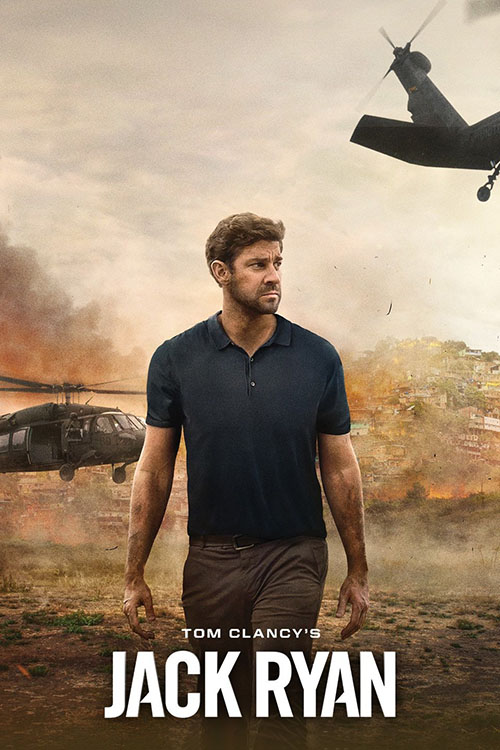 I think, honestly, it's an issue inherent in the source material written by Tom Clancy. There's a whole fleet of Jack Ryan books following the characters for lowly CIA analyst all the way to reluctant President of the United States (because he's the designated survivor on a State of the Union night and then the whole building explodes, leaving him in charge). Hell, even his son, Jack Ryan, Jr., has his own fleet of adventures and, despite Tom Clancy dying years ago, the series soldiers on (pun intended). But there's only so many times you can write, "Jack Ryan studied the documents in front of him and found a connection," before a book has to spice things up with action, and inevitably, in any series, the need to up stakes means that Ryan, more and more, would end up becoming an action hero instead of a nebbish dweeb.

That's already evident in this second season of Jack Ryan. Although he's pitched as a desk jockey, working as an aide to a senator this season, very quickly (as in the first episode) Jack is thrown into the field and has to play super-spy action-star again. And the desk is basically gone for the next seven episodes because Ryan has to be at the forefront of everything.

We open with Jack (Krasinski) working for thee senator as they go on a diplomatic mission to Venezuela. The Venezuelan president, Nicolas Reyes (Jordi Molla), is a real piece of work, one of those third-world dictators we read about in the news. Since coming into office his country has suffered while he's reaped the benefits of the corruption, growing fat and wealthy on the land. Worse, people have disappeared under his regime and many more of died, leading to other countries declaring Venezuela a crisis state. Ostensibly the senator, and Ryan, is there to study the situation and then go back and advise the USA about what to do next. Secretly it's also to try and figure out what Venezuela is really up to and what their next machination may be.

Meanwhile, a contender for the presidential office, Gloria Donald (Cristina Umana) has been rising in the polls, putting the next election is serious doubt. Whatever Reyes is up to, it's assured his back is up against the wall. He'll have to figure out how to rig an election, eliminate his opponents (foreign and domestic), and solidify his future plans so he can become even more fat and wealthy while his country burns. And the only one really standing in his way is Jack Ryan, super-spy. 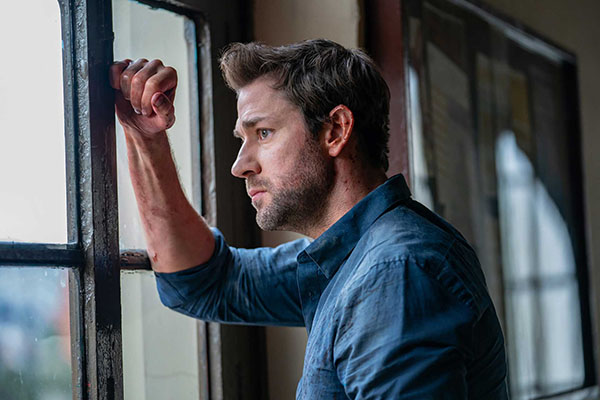 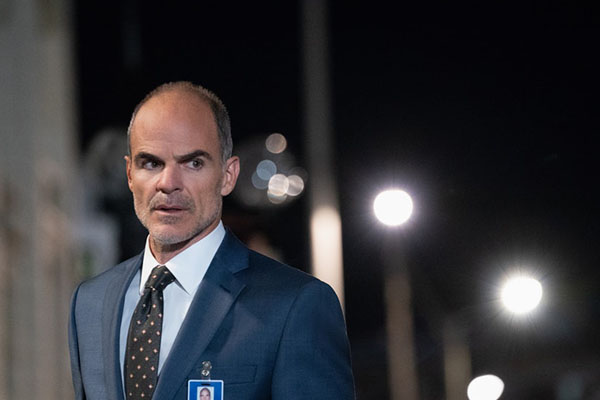 The Jack Ryan from first season was, largely, a relatable figure. That is, at least when we were focused on his personal life. He hung around the office, cracked jokes, met a girl he liked, and generally acted like Jim from The Office if Jim worked for the CIA and had military training. The times where the show focused on the super-spy aspect of his personality it became a bit bland, sure, but Jack Ryan is more than just the missions he goes on. Even the movies from the 1990s knew to focus on the family man aspect of his persona as much as the spy stuff because it made him interesting. Here, though, all of his personal life concerns are flushed out the window after episode one.

And I don't just mean that as they were somehow bungled; I mean literally after episode one the second season of Jack Ryan doesn't care at all about Ryan as a person, at all. From episode two on the show puts Jack into super-spy mode and never lets up. For a guys that's supposed to crave being behind a desk, acting like a nebbish dweeb, Ryan really wants to go out in the field a lot this season. It's to the detriment of the show because, when he's not behind a desk, Ryan comes across as a blander, less engaging Jason Bourne (and, after the first film in the Bourne is basically an animate slab of wood that can fight real good, so it show how little personality Ryan has).

I don't know why they decided to make Ryan personality-less cypher, but that's exactly what they accomplished. It's really weird, too, because they go out of their way to try to humanize everyone else on the show. James Greer (Wendell Pierce) was a pretty walled off guy in the first season. Outside the times we learned he was a Muslim there was little of her personal life included in the show. Now, though, he gets to joke with his new chief in Venezuela, and more over he develops a personal, friendly connection with presidential candidate Bonalde. The section chief for Venezuela, Mike November (Michael Kelly) is probably one of the best-written characters on the show, funny and relatable and constantly showing his warmer side. Hell, from the CIA ops working in the jungle, laughing and shooting the shit, to Reyes's second-in-command, Miguel Ubarri (Francisco Denis), a conflicted family man, everyone else gets to be a human aside from Jack.

The only person as walled off as Ryan is the villain, Reyes. And there's really no other way to describe him. First season gave us Mouda bin Suleman (Ali Suliman), a leader of a radical Islamic group who still managed to come across as a human being. He had a back-story would could related to and while we, the audience, could never get on board with his tactics, there was a certain level of respect for his reasons. Reyes, by comparison, is a scenery-chewing, mustache twirling villain with no humanity and absolutely no relatable back-story He's never given any flashbacks to show why he is the way he is, and there's no depth to his writing or performance. Which, really, makes him a perfect mirror for Ryan since our titular character doesn't show much depth or emotion either. 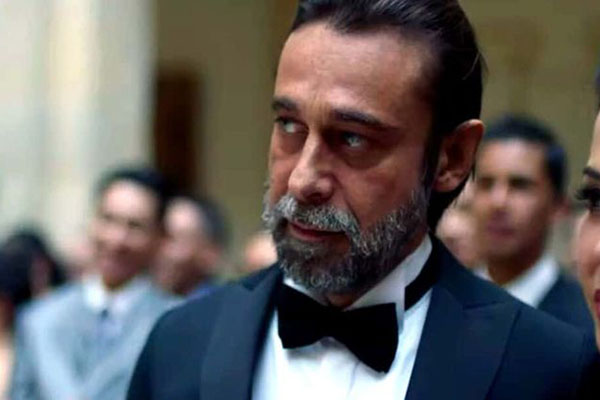 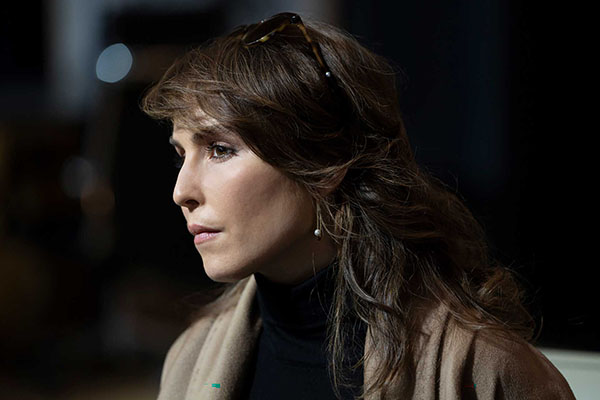 It's a really weird thing for the series to do, to take an actor known for playing the happy, smiling, funny guy and turn him into this cold slab of spy-muscle. Why the producers decided this was the direction to take the character I won't know but it renders him into the least interesting aspect of his own series. I cared when Greer got into trouble, I looked forward to the times when November was on screen, and I even enjoyed the asides about Bonalde and her upstart campaign to take down Snidely Whiplash. The one character I truly never could enjoy this time around, though, was Jack Ryan. It's his show and I would have been perfectly happy with it focusing on anyone else.

I don't know if this season was based on any particular book in the Jack Ryan franchise of if this was an original story written for the series -- season one was an original story because, as the producers put it, the older books were too hard to update to the modern world -- but I will say that one way or another it feels like the series has lost the heart and soul of the character (if he ever really had one). This season, more than even the first, come across as pro-America propaganda, with the Red, White, and Blue Knights coming in to topple and "evil" regime and bring Truth, Justice and the American Way to the world. If a little more nuance had been given to the villain, and a little more emotion had been bestowed upon the hero, maybe this season could have been a tad better. As it is, this feels like a misfire for a show that still needs to find its footing.

Hopefully next season (and it's already been renewed so there will be a third season) will be able to find Jack Ryan's soul again. Maybe he can get back together with that girl he liked in the US and finally start being the family man he is in the other movies. That would go a long way towards humanizing him.