Blend Into the Shadows

This is it, the last of the Jack Ryan films to come out so far (and, thus, the end of this review project for the site). Considering that there were only five films in the franchise I'm amazed at how tired of the character I already am, but it's only when you watch these films back-to-back-to-back that you realize many of the issues with the stories (which probably come from the novels they're based on). I expected to enjoy this dive through the series more than I did but, now that we're reaching the end, I'm just glad it's over. 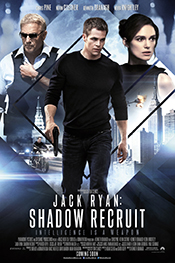 First, though, we have to get through the second attempt at a movie series reboot, 2014's Jack Ryan: Shadow Recruit. In the film we're taken back to Jack Ryan's early days, going to college for his doctorate in economics. His plans, whatever they might have been, were put on hold when 9/11 happened, and Ryan immediately joined the Marines. 18 months later, the helicopter he was on board (with two crew members) was shot down over Afghanistan. Despite having two broken vertebrae in his spine, Ryan somehow pulls his two soldiers free from the chopper.

Cut forward eight months and Ryan was in physical therapy still for the injuries he sustained. That was when he got a visit from CIA Director Harper who recruited the soldier to act as a deep cover operative investigating U.S. financial crimes. This, of course, then led Ryan to join, finish his doctorate, and then eventually discover a terrorist plot that somehow tied into Wall Street all so that Russia could crash the U.S. economy. Because that's apparently a thing they'd want to do.

One thing I liked in the previous reboot, The Sum of All Fears, was that the film winkingly joked about how the Russians were always the bad guys in these kinds of movies. Here, our old Cold War enemy is back to just being an enemy, no knowing nods or winks about it. I get that Putin is a bad dude, and that we should worry about his administration, but there's no nuance to the portrayal of Russia in this movie, no thought that, "hey, maybe ruining the economy of the U.S. would ruin it for everyone else considering how tied into the global economy everyone is." Russia had to be the bad guy because that's how it always works in this films.

The film really could have used some time to slow down and establish stakes. Making Russia the bad guy feels like a way for the filmmakers to short circuit the villain development process. It's like having a brown-skinned terrorist cell (like the 2018 series does), a way for the producers to play on stereotypes so they don't have to do as much development to make us somehow hate their bad guy. But the movie doesn't just sell out the bad guys; it sells out everyone, giving us very little development of any of the characters, include the lead, Jack Ryan. 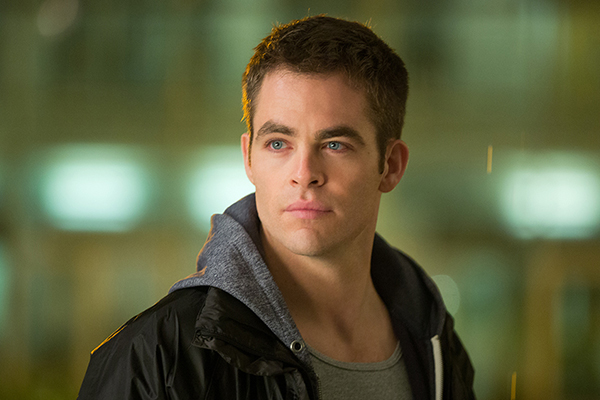 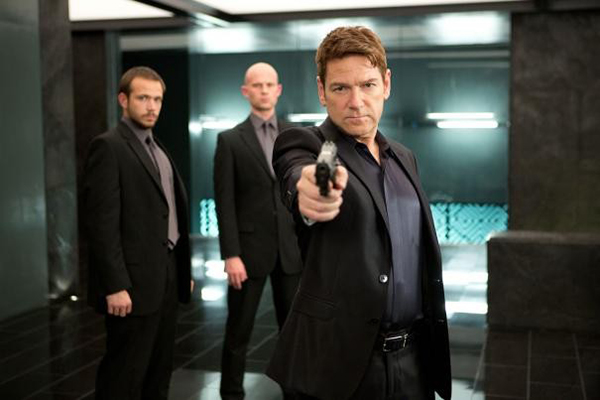 Chris Pine is a good actor although, like a lot of actors (such as Ben Affleck who we harped on in the last review), Pine is best at playing himself. He has an effortless charm he can throw around and the movie tries to use this to make us care about the character, ironing over any deficiencies in his characterization. "Look at this guy, isn't he charming? He really pulled two soldiers out of a helicopter and you believe it not because we show you this but just because he's so suave and pretty." We see Pine run around a lot and say a bunch of stuff, but we never get the feel for him as a real person, someone who has an economic degree or spent time training to be a Marine or a CIA agent. Every single life event that actual mattered to him is quickly glossed over and talked about after the fact. It's essentially "tell instead of show" the movie.

Amusingly the middle section of the film almost pulls this off, even. Taking place in Russia, Pine's Jack Ryan is sent to Moscow to investigate a company that seems to be making a number of off-the-books transactions, pumping up the U.S. dollar for an eventual dump-and-run (which would cause the aforementioned economic crash somehow because we're told so). This leads to a long, tense sequence where Pine's Ryan, along with his fiance Cathy Mueller (Kira Knightly) who came to Moscow to surprise him (because she doesn't know he's a CIA agent), have to face off across from the villain over a dinner all while a CIA mission is going on. It's well plotted, well executed, and you get a good feel for all the players in this little cat-and-mouse game. This sequence felt like actual espionage. More importantly, the tension grew out of it organically. It's a great sequence.

But then the film switches back over to quick jumps in time, accelerating into a long action-filled back half where things once again happen "because" and we're left to just watch. Don't get me wrong, I like big dumb action movies, but the best of that genre at least spend the time to first make me care about what's happening. Nothing here is developed properly, none of the characters, the hero, or the big threat, so that we can understand (or care) about what's playing out on screen. It's just a mess. 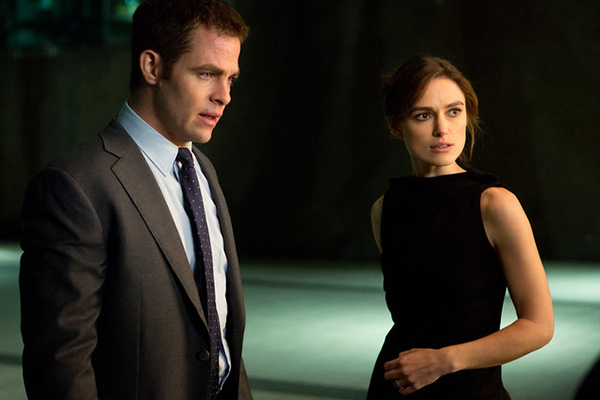 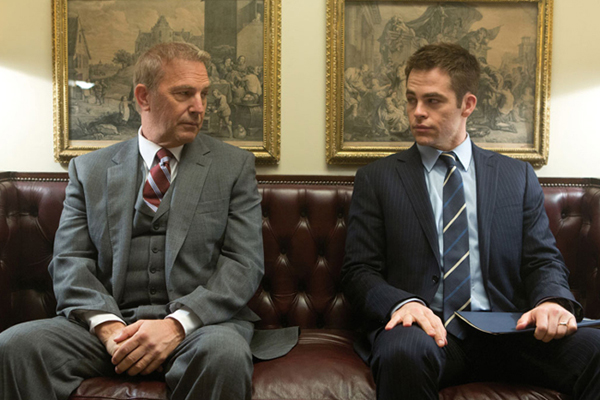 I can appreciate when a movie wants to be svelte, to not stick around any longer than it has to. There's a difference, though, in not drawing stuff out and in simply not providing any useful context. Jack Ryan: Shadow Recruit cuts out everything it doesn't feel is needed, from character moments to useful backstory, or even why he's called a "shadow recruit" in the title of the film. Do we need to know what's happening in the film? Apparently not. We have Chris Pine, so let's just watch him be charming. Or not. I say we go with "not".