The Wheel of Time: Season 1

I'll be honest, I wasn't exactly enthused about The Wheel of Time TV series from Amazon PrimeWhile Netflix might be the largest streaming seervice right now, other major contenders have come into the game. One of the biggest, and best funded, is Amazon Prime, the streaming-service add-on packing with free delivery and all kinds of other perks Amazon gives its members. And, with the backing of its corporate parent, this streaming service very well could become the market leader. in the run up to its premiere. The trailers didn't did a great job of selling the show on the merits of its story, and the production values on display made the show look lackluster. I hadn't never read the books by author Robert Jordan and had no fan-love for the series. This was just a fantasy series to me and, honestly, high fantasy is not a genre that usually attracts my attention. 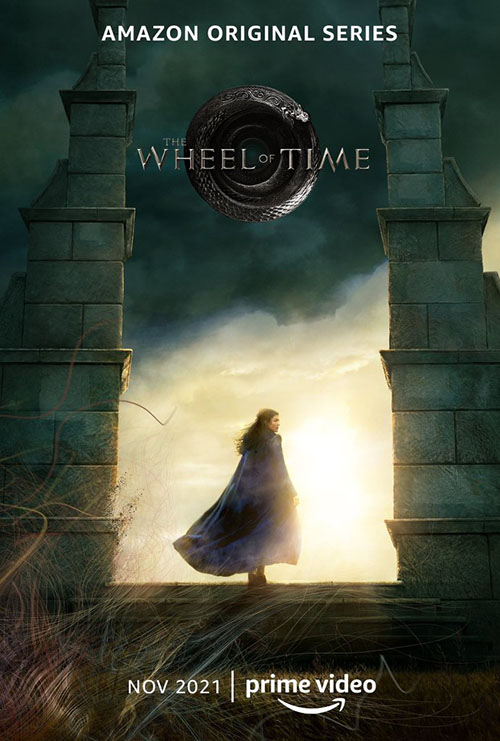 I don't know if I would have watched the series were it not for the fact that I run this site and always need something to review, but I did eventually settle into watch it after the first few episodes were released and what I found was... well, it was okay. There's nothing inherently wrong with The Wheel of Time (the show). It's perfectly competent, even at times decently watchable. The biggest issue I have with it is that it doesn't do enough to stand out from other shows that are going on right now. Unless you're specifically a fan of the books and absolutely must see them committed to film then there's little to keep you sucked into the show when another series is also going on and doing everything this show does, and better. That show, by the way, is The Witcher (and I can already feel the pitchforks coming for me). Allow me to elaborate.

In The Wheel of Time we're introduced to five young villagers: Madeleine Madden as Egwene al'Vere, Josha Stradowski as Rand al'Thor, Marcus Rutherford as Perrin Aybara, Barney Harris as Mat Cauthon, and Zoe Robins as Nynaeve al'Meara. One of these five is, supposedly, the Dragon Reborn. Three thousand years ago there was a man who could channel the One Power, and he was so powerful he almost broke the world. because time is a loop -- well, okay, a "wheel" -- and people reincarnate again and again over thousands of years, the Dragon was one day going to return. When he does he (or she) could either save the world from the evil of the Dark One... or join power with the darkness and fully destroy all of civilization.

The Dark One, obviously, wants to control the Dragon Reborn. To prevent this one of the sorceresses of the One Power, an Aes Sedai named Moiraine Damodred (Rosamund Pike), along with her warrior-protector Warder al'Lan Mandragoran (Daniel Henney), heads to the secluded village of Two Rivers to find these five villagers. One of them will be the Dragon, she's sure, and she has to find a way to guide them to the Eye of the World and have them use their power to stop the Dark One once and for all... or die trying.

Now, let me really start by saying there's nothing inherently wrong with any of the story setup, or its following beats, when it come to this first season of The Wheel of Time. it seems like a well composed adaptation of the first novel of The Wheel of Time. It's not a truly faithful adaptation, at least from what I can tell based on the various summaries of that novel I can find, but that just shows the producers were willing to change things up and find new angles to explore to keep the show fresh for fans old and new. I can appreciate that. 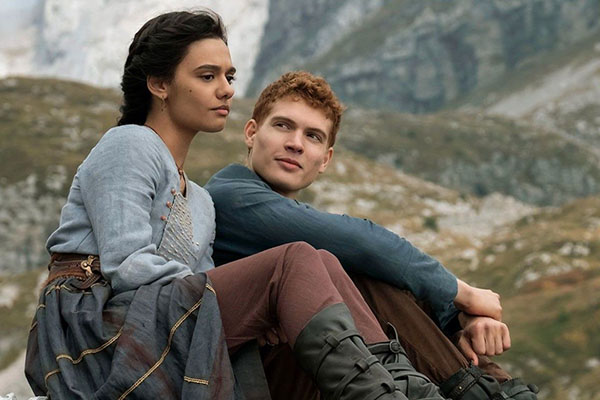 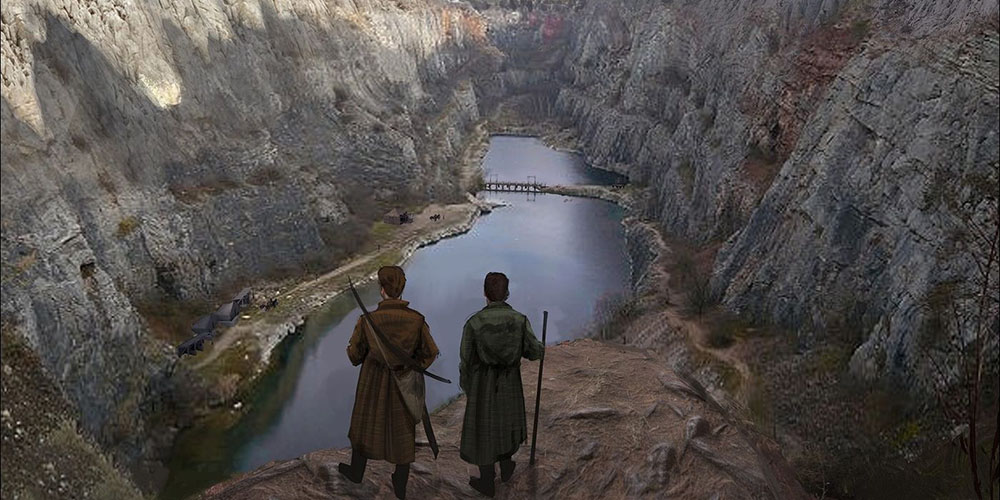 Knowing that, though, it makes the flaws of the show's construction all the more obvious. The producers have taken a novel with a lot of weird details and expansive storytelling and adapted it into something much more like the shows that currently dominate the high fantasy genre. There's a little bit of Game of Thrones, a whole lot of The Witcher, and not enough that sets this show apart from all he other generic fare that NetflixOriginally started as a disc-by-mail service, Netflix has grown to be one of the largest media companies in the world (and one of the most valued internet companies as well). With a constant slate of new internet streaming-based programming that updates all the time, Netflix has redefined what it means to watch TV and films (as well as how to do it). and other studios have been producing.

Honestly, the fact that the second season of The Witcher debuted right in the middle of the run of episodes for The Wheel of Time certainly did Amazon's show no favors by comparison. Although each show is based on its own source material it feels like both shows were tapping into the same exactly storyline independently, and because The Wheel of Time finished up its run second it's the one that feels like a pale copy.

Look at the story structure: there's an evil army (the Dark One's trollocks here; Nilfgaard's dark army in The Witcher) who are looking for a powerful young person (the Dragon Reborn; Princess Ciri) who can tap into an ancient power (the true might of the One Power; ancient elvish magic) so they can use that power to destroy the world. Aiding them is a gruff warrior (the Warder; the Witcher) and a powerful sorceress (Moiraine; Yennifer), while they travel through fantasy lands and have fairly generic adventures. Although some plot points don't line up one-to-one there's enough similarity that it certainly feels like the producers were all pulling from the same pile of "Fantasy Mad-Libs".

Even some of the later details feel copied over. Moiraine is a bit of an outcast from her group of mages, the Aes Sedai, as Yennifer is from the Brotherhood. Yennifer loses her connection to Chaos, which drives her magic, and her whole story in second season is about getting it back, and then Moiraine loses her connection to the one Power at the end of this first season and, likely, will spend next season trying to get it back. So many little details feel copied -- the way magic looks, the design of costumes, of sets, the way things are filmed -- that it all seems like The Wheel of Time is a pale copy of other works, this despite the fact it's based on a hugely popular fantasy novel series that started back in 1984. 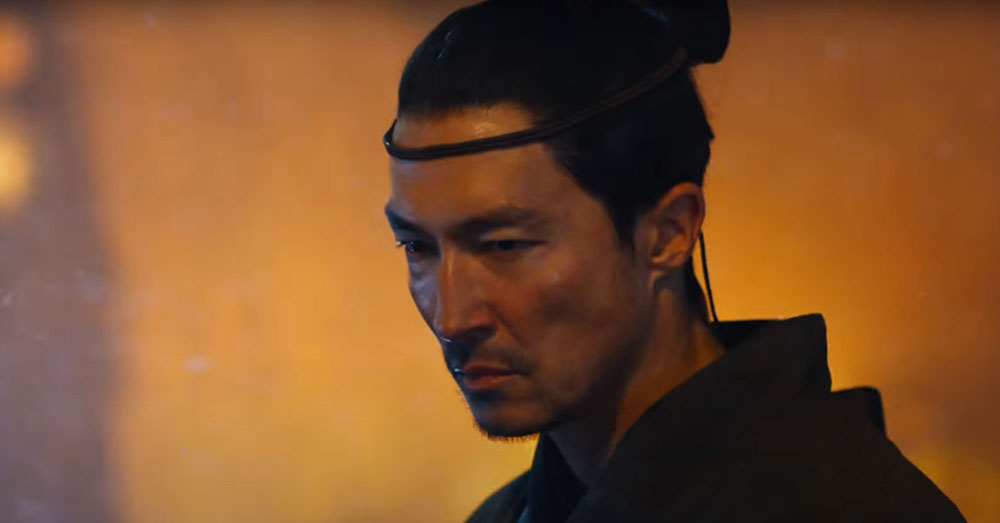 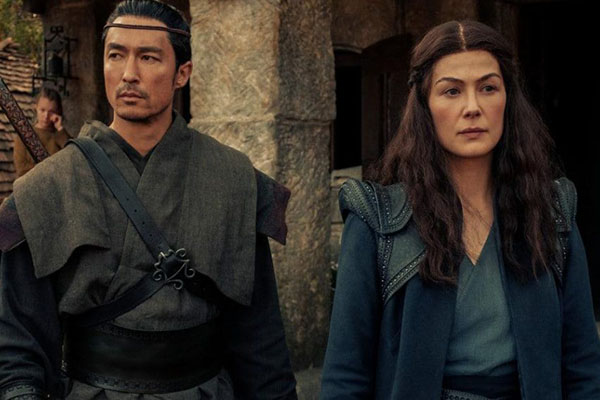 There are details that I do like, and that set this world apart enough that, in the right hands this series could have felt very different, and very interesting. There's the Ogier, Loial (Hammed Animashaun), an intelligent librarian, and his character is fantastic reinvention of the "Ogre" concept, although sadly he doesn't get much to do this season after his introduction. The Aes Sedai have a clearly rich history, and a lot of stories could be told if the show was interested. And there's plenty that could be done with the main cast if the show was more interested in exploring them than single-mindedly focusing just on the Dragon Reborn. There's a lot of storytelling potential and ways to change this show up so it felt less generic.

I don't know what the development process was for the show or who decided what direction to show had to take. Whoever made those decisions, though, they sucked a lot of life out of the whole production. Instead of a rich and interesting new world to explore we have yet another generic fantasy series playing in the same style and tropes as everything that's come before. In fact, I think it's worse for The Wheel of Time than other shows in the genre because, at least in this adaptation, we don't have a really solid hook. Instead of ice zombies (Game of Thrones) or twisty timey-wimey storytelling (The Witcher) all we have is yet another tale of generic good and evil with a single here, "The One", standing in the middle. I've seen all this before.

The production values on the show are fine, and the actors are decent, but it's the material of this first season that betrays The Wheel of Time. The season isn't able to elevate itself above it's rather shallow ambitions -- to be Amazon's version of Game of Thrones or The Witcher -- and that drags it all down. The show could still find a way to differentiate itself and become something interesting in its second season, but for now it's much less interesting than the sum of its parts.