I will not deny I was down on the first season of The Boys. I didn't feel like the show really gelled together, making loud plays on being outrageous and violent but it didn't really have any substance to back it up. It's large argument was, "what if Superman went bad?" but if you're a comic book fan you're already seen plenty of works positing that same question. The fact was that the first season didn't really have a lot that was new to say about superheroes. 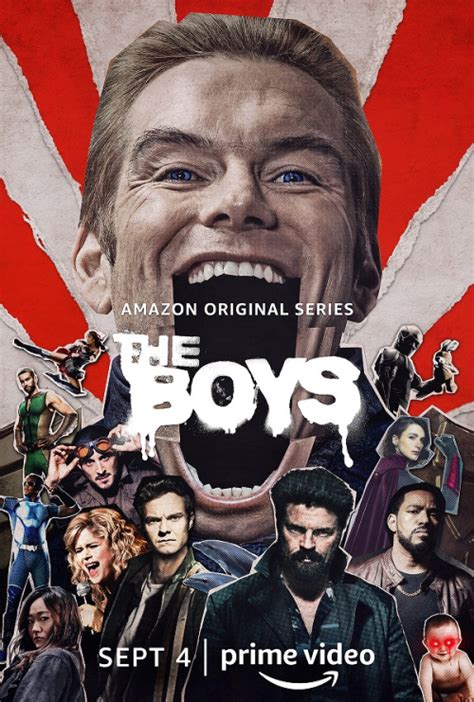 The second season, though, is a different matter altogether. Where the first season seemed to revel in the freedom to just be violent and crass, this season uses that gory storytelling for a point. It reserves the violence and gore as a punctuation for the story, letting the plot evolve and actually focusing on putting the characters, and the world, to a specific purpose. And that purpose is actually focusing on the real matters affecting us right now: the growing tide of white nationalism and fascism that seems to be gripping the country. That's a message worth exploring in superhero media.

Superheroes are an ideal, they're supposed to represent the best of us. While writers like Frank Miller and Garth Ennis have explored the seedy underbelly of that -- "they are supposed to be the ideal for us to aspire to, but look at the fact that they're just scummy humans like us" -- that doesn't change the fact that superheroes should represent the best of us. The Boys spent it's first season showing us that the show's version of the Justice LeagueThe premiere team at DC Comics, their version of the Avengers (which actually came before the Avengers and, really, has existed in some fomr since the early 1940s), the Justice League is the team-up to end all team-ups, featuring some of the most popular, and longest running, characters in all of comics history (and also Booster Gold)., the Seven -- Antony Starr as Homelander, Dominique McElligott as Queen Maeve, Jessie T. Usher as A-Train, Chace Crawford as The Deep, Nathan Mitchell as Black Noir, and Erin Moriarty as Starlight -- were flawed humans like us. But by showing them at their lowest, it allowed the second season a chance to build the characters back up, to make many of them into heroes.

To do this the series needed an even nastier person to compare them to, and the series finds that in new addition to the Seven, Stormfront (Aya Cash). Stormfront (as her name should indicate), is actually a secret Nazi (she's literally over 100 years old and was married to a Nazi back in the 1940s), and her goal is to carry on the ideals of the Nazi party by building herself an army of super-powered soldiers to fight the war in this new era. Some of the Seven, such as Starlight, eventually turn on Stormfront, but it really comes down to our team of street-level warriors, the Boys -- Karl Urban as leader Billy Butcher, Jack Quaid as the heart of the team Hughie Campbell, Laz Alonso as weapon's expert Marvin T. "Mother's" Milk, Tomer Capon as tech expert Frenchi, Karen Fukuhara as the team's super-powered ally Kimiko Miyashiro -- the fight against the Seven when no one will.

I wouldn't have pegged The Boys a show that could find actual cultural relevance -- this was a show that really seemed to revel in the idea of "superheroes are popular so let's crap on them" -- but by tapping into the political issues of the era, the show actually managed to find a thread that really worked well. As a random character on the show notes at one point, "no one likes Nazis," this despite the fact that when we see going on today is very Nazi-like and people seem to be willing to enjoy it. 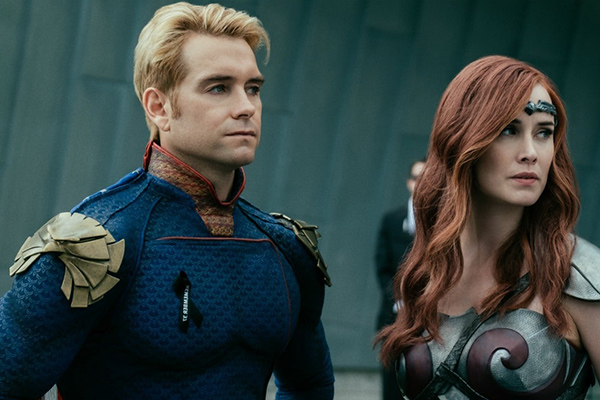 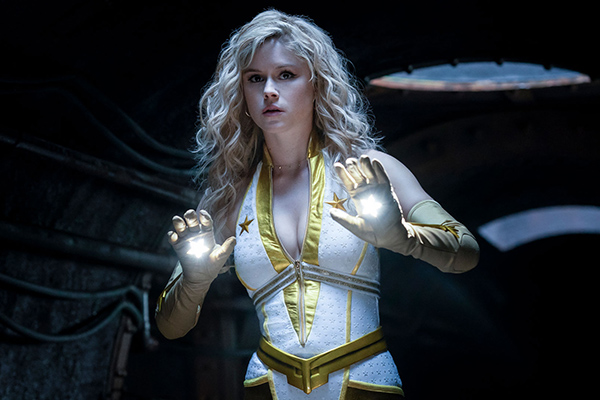 Consider the fact that we have a President right now that struggles to denounce white nationalism during a presidential debate. Yes, he did make a statement later denouncing it, but he did it in his usual way of, "well, everyone's a bad guy..." which muddies the waters and still makes him look like a bad guy. That part of what The Boys was getting at; Stormfront says at one point, "you agreed with what I was saying before you found out I was a Nazi," which strikes a relevant chord. Those who would agree with what this character is saying need to look at themselves and realize what side of the battle they're on.

You have to couple that with the fact that Stormfront is a hero on the Seven. That gives her prominence to make her statements, a shield to hide behind so she can call things "fake news" and then turn to her adoring fans. We see all too much of that now in the real world and I'm really happy the show was willing to confront that. The people we hold up as heroes could have the wrong ideas and the wrong morals and we shouldn't be willing to just blindly follow them just because of the power they hold. That seems particularly important right now.

Moving outside that statement the show also continues to illustrate the issues with blind capitalism. Vought, the company that bankrolls the Seven, is always thinking of their bottom line (another thing the show points out as well). One could look at the world we have right now, with billionaires only adding to the wealth while the rest of us struggle in COVID-times, and see a parallel to Vought. They control the power, they control the system, and their only concern isn't the citizens but their shareholders. That seems all to familiar.

Really, in general, the show makes its politics quite well known this time around. Having taken the first season to set the characters up and get all the pieces in place, to establish the bloody, corrupt world of the show, the series could then let loose and really focus on a timely story. As hard as I was on the first season, I'm truly impressed at how the series managed to turn things around for its second season. I just have to wonder where the show can go from here. 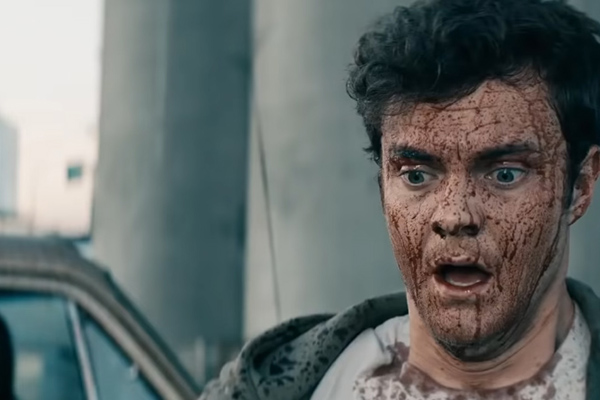 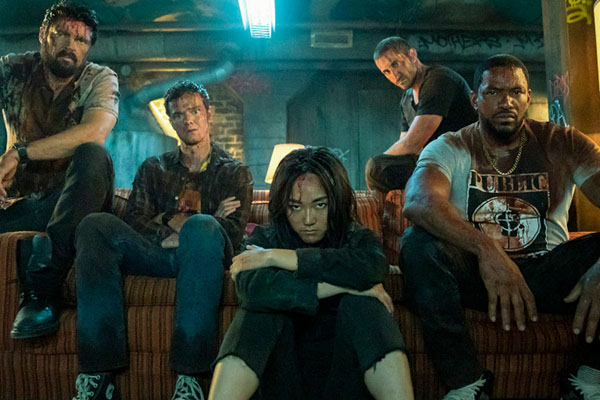 Without getting into too many spoilers, as the show just wrapped its second season, Stormfront is effectively taken off the board and the team of the Boys are in a good place moving forward. We could simply swing back to a show saying, "what happens if Superman is evil?" which was a thread we already pulled in the first season and it didn't really do much for me. What worked here was having a solid villain to hate, and Aya Cash really killed it as Stormfront. Short of somehow trotting her out again, which just doesn't seem effective a second time around, the show will need to find a villain just as good to continue the series for its third season. Homelander, frankly, just isn't up to the task -- he's more effective working with someone than on his own.

What I will say is that based on these eight episodes, The Boys has redeemed itself enough to make me interested for a third season. Considering that the show has already been renewed, and that a spin-off is also in development, I think we're going to have plenty more of this show to watch in the future. Hopefully the quality we saw in this second season continues going forward.