Affleck May Be In this One, But It Doesn't Suck

The Sum of All Fears

I want to make it clear right from the beginning: I don't have a problem with Ben Affleck as an actor. He's been in a number of pretty good films (not all of them directed by Kevin Smith) and has, from time to time, actually been one of the stronger elements of said movies. That said, usually Affleck works in a movie because the film is written for him to be Affleck -- smarmy, a tad "aw shucks", and certainly not dark or gritty. When people grouse about Affleck as Batman it's because while Affleck might be able to play the billionaire playboy persona of Bruce Wayne, no one expected him to be able to get down into the darkness of Batman. He can't take the Affleck out of Affleck, effectively. 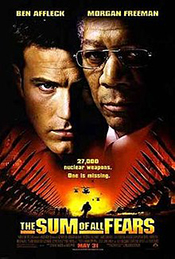 That's what makes his casting in the 2002 Jack Ryan reboot The Sum of All Fears so odd. Affleck as a hyper-intelligent wunderkind tortured by a horrible incident when he was in the Marines? Yeah, that just doesn't seem likely. And yet, the fact that Affleck so doesn't embody the role of Jack Ryan may be the reason why of all the Ryan flicks I've watched so far for this site, The Sum of All Fears is the one I liked the best.

Forget what you know from the last three movies. Jack Ryan (Affleck) is once again and intelligence peon working in the dregs of the CIA. He's dating Cathy Mueller (Bridget Moynahan), spends his days sitting in a cube watching Russian media, and mostly just writes reports and reports to those reports. That changes, though, when CIA Director Cabot (Morgan Freeman) taps Ryan to advise him on Russia and the country's new president, Alexander Memerov (Ciaran Hinds). Ryan wrote a report on Memerov way back, a very detailed and well researched paper, effectively making Ryan the foremost expert on the new President. Issues arise, though, when an old Israeli nuke is found out in the Syria desert, purchased by terrorists (fascist terrorists, no less), and turned into a dirty bomb, all in an attempt to start a war between the U.S. and Russia (to somehow kickstart a new fascist world order). Ryan has to figure it all out and save the day before the world ends in nuclear fire.

So yes, Ben Affleck was probably not the best choice to play true-blue boy scout Jack Ryan. Considering the various incarnations we've seen so far, Affleck is more of a Baldwin than a John Krasinski in the role. He never stops being Ben Affleck, so watching the man try to be a nebbish dweeb doesn't really work. There are times where he seems to get into the role, especially when he's fighting against being sent out into the field time and again. Mostly, though, he's just Affleck being Affleck.

As noted, though, maybe that's what this film really needed. I haven't really been a fan of the previous films in the Baldwin/Ford series because they went too hardcore into the "rah rah, America" shtick without really showing a world that could plausibly exist. Even the one film that was willing to get down and dirty, Clear and Present Danger, went so far into the other extreme, with everyone except Jack being a total monster, it was hard to take it at all seriously. The Sum of All Fears, by comparison, presents a version of the world that's more realistic, with an everyman in the central role that honestly doesn't feel like an intelligence computer on legs or a super-soldier or any of the other things the films tried to paint Jack Ryan as. He's just a guy, doing a job, in a world with it's flaws and harsh realities. It works pretty well. 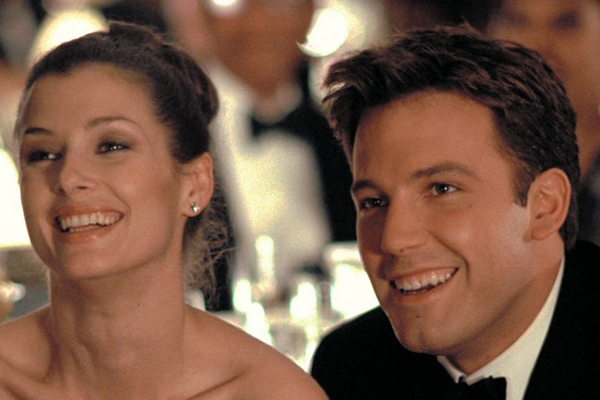 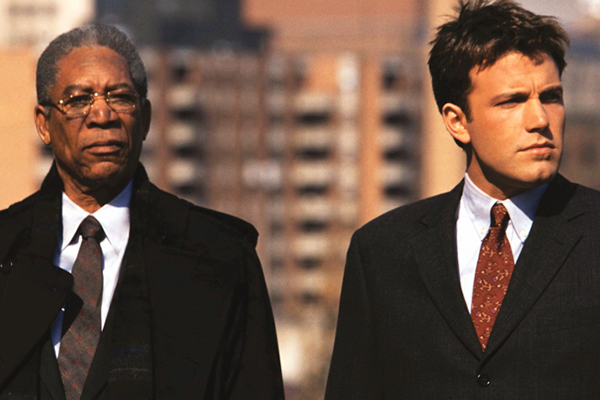 That's not to try and sell this is a good movie; it's actually pretty meh all things considered. The biggest issue is with the villains, as there really isn't one. Oh, sure, there's a cabal of bad guys, old men who were the sons and such of Nazis and who want to see a return of fascism. But none of these guys really stood out as "villains", just shady dudes we see once or twice before they get offed by the end of the movie. None of them exhibit gravitas, none of them show we should care about them or at least care if they get caught or not. They just exist, which makes their whole plan a lot less tense.

Plus, really, using Nazis as a shadowy villain is a tired cliche, especially back when this film came out. If you set it today and had it relate specifically to U.S. politics (or the rise of hard-right ultra conservative politics in Europe) then I could see a case being made for some kind of Neo-Nazi group as the villains. That's not what this movie was trying for; it just wanted a villain everyone could instantly hate so it didn't have to do the work of really developing them as characters.

Although, to be fair, outside of Jack Ryan no one is really developed in this movie. Everyone neatly slots into certain archetypes (presidents, advisors, Nazis) and the movie just let's their role define their character. Outside of Jack, Cabot, and Cathy, I can't remember any of their names or their exact duties. Hell, I only remember Cathy because a version of her shows up in every Jack Ryan film so if I didn't remember it, that would be sad. But it's not as if Cathy gets much to do -- sure, the film shows she's a doctor, but she disappears for huge stretches of the film only to pop up as motivation for Jack, in one form or another. She's not a character, she's a prize. 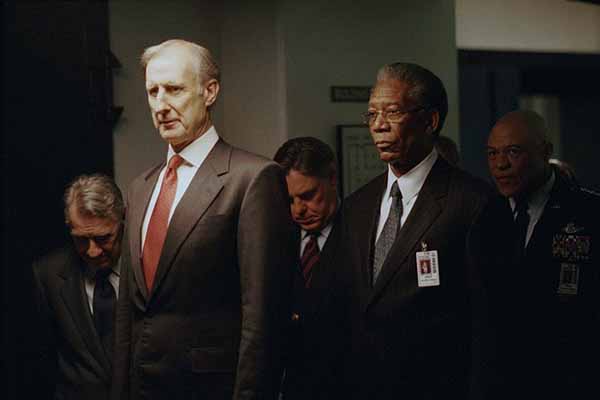 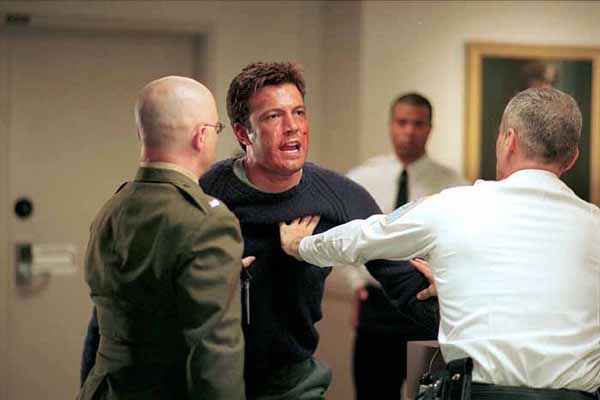 Then there's the terrorist attack, which is a huge explosion and, as we know from the plot of the movie, a dirty bomb. This is a Hollywood film, though, so that means the film neither really shows how a bomb would work (if you're near enough to the bomb for it the not only blow in your windows but also send everyone flying back through their building, the bomb probably just killed you) but also how nuclear radiation works (ie, not only did said blast that broke your windows kill you, but you're also highly irradiated and going to die anyway). The explosion looks cool, but for the entire last act I couldn't help thinking, "everyone person here died of cancer within a few months of this happening, Jack Ryan included."

But then maybe that's why there was never a sequel: everyone died afterwards. The movie, despite all its flaws, is actually kind fun in a really stupid way. It's a big dumb Hollywood movie disguised as a Jack Ryan film. It doesn't try too hard, it doesn't make you think, but it also is just plausible enough that (bad bomb physics notwithstanding) you aren't annoyed by everyone in the film. I liked it, but it's a qualified "like" and I certainly wouldn't recommend it to anyone. It's that kind of film.