Let's All Speak in a Scottish Accent

The Hunt for Red October

Although most Hollywood productions tend to use a similar naming convention for all their works (Matrix, Bourne, Trek), there are some oddities. One such series of works are all the films and shows featuring character Jack Ryan. Recently, Hollywood has gotten smart about naming this works and started just putting his name in them (such as the recent Amazon series, Jack Ryan). At the start of the franchise, though, no such naming convention was in effect. 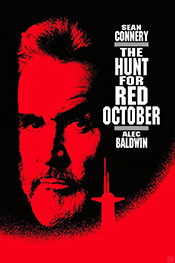 Hell, just trying to parse out the series for this project proved to be a bit of a pain right from the start. The first filmic adaptation of any of Tom Clancy's books featuring Jack Ryan, The Hunt for Red October featured Alec Baldwin in the lead role as Ryan. However, after the success of this movie a sequel was greenlit (which we'll cover soon), and Baldwin was recast. Technically the two movies are connected, but because Harrison Ford (the next Jack Ryan) looks and acts nothing like Alec Baldwin, you'd be hard pressed to know these two movies are connected at all. They are, and we'll try and talk about those weird connections as we push forward. For now, though, we're here to talk about the first flick.

In The Hunt for Red October, Marko Aleksandrovich Ramius (Sean Connery) is the captain of the titular Soviet sub. This sub is a special creation, a new type of submarine with a special "caterpillar" engine that run near-silently, which makes the sub all but impossible to detect via sonar when it's in the water. What the Soviet high-command doesn't realize (at least until it's too late) is that Ramius and his command crew plan to defect to the U.S. and take the sub with them. Meanwhile, our hero, Jack Ryan (Baldwin) has been getting intelligence about this very same sub and has been putting the clue together himself. When word gets out that the Red October has disappeared at sea, and then a letter is released that states Ramius is defecting, all hell breaks loose. The Soviets want to destroy the sub, the Americans want to stop it, and Ryan is caught trying to save the sub, and her crew, before it's blown out of the water.

First and foremost, I can't say I disagree with recasting Baldwin after this film. While I like the actor and I think he's great in a number of things (like the Clerks animated series), he brings a certain "Baldwin" quality, a bouquet of ego and braggadocio, that he can't completely turn off. The man is damn charismatic to a fault, and in a role like Jack Ryan, that doesn't really work. It's hard to by Baldwin as a nebbish desk-jockey no matter how hard he tries. He eventually gets settled into the role by the half-way point, but he never really makes the character his own in any meaningful way. 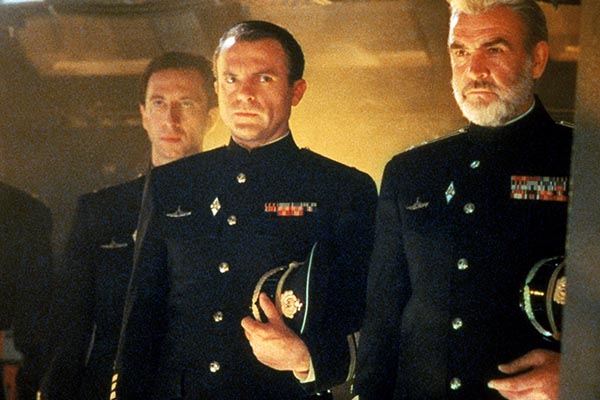 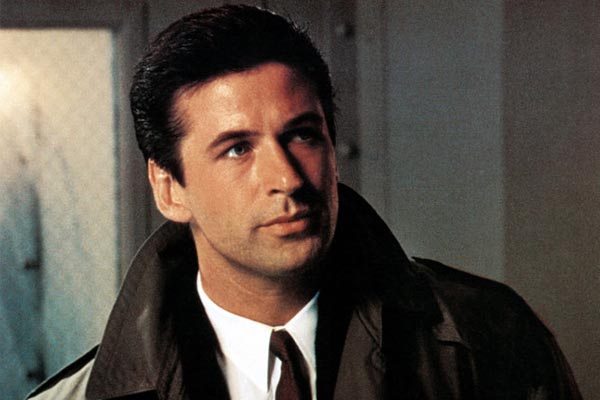 When we talk about miscasting roles, though, the award in this film certainly goes to Sean Connery. As a submarine captain, the actor played the role well. As a Soviet captain, though, he misses the mark by a wide margin. Early in the film, all the Soviet characters speak Russian. However, at a certain point the film transitions from having us reading subtitles to the characters just speaking English. It's very natural and you automatically know that while the actors are speaking their lines English, the characters are really still speaking in Russian. The issue is that Connery only has one accent: thick, Scottish brogue. When he's speaking Russian your brain doesn't notice it because you can't understand what's being said anyway. I'm sure he spoke the Russian with a Scottish accent (and probably horribly mangled it to boot), but it's only when they switch to speaking English that the accent is clear. It just doesn't work.

Of course, the film takes the route of casting British actors for all the Russian roles. This is the same kind of casting done when Hollywood wants to portray German soldiers: "Make them speak in a British accent and we're sure no one will know, right?" If the film would have just kept everyone speaking in Russian -- or maybe cast actual Russians in the roles -- none of this would have been obvious. As it stands, I had a hard time accepting anyone as Russian, especially not the lead actors like Connery, Sam Neil, or Tim Curry.

And then there's poor Gates McFadden, the first actress to play Jack Ryan's wife. I'm sure she thought she was getting a great role in a potential long-running series. But the script doesn't give her anything to do in the more literal sense of the term. She shows up in the first scene to feature Jack, says a couple of lines, and then it's exit Stage Right for the rest of the movie. She's window dressing to show Ryan has a family, but considering the family never comes up again, I don't understand why they were even included. It's a thankless role, but I guess she at least got a paycheck for it.

If we ignore all the questionable casting, though, the film itself is a pretty good little U.S./Soviet war story. Most of the runtime takes place on a couple of submarines and one aircraft carrier, almost entirely interiors. While the settings feel cramped, though, the film does a good job of sucking you into the action. Submarine films can be hard to pull off as, essentially, it's a lot of cramped interiors and a lot of watery exteriors. Trying to convey space, distance, and danger in this kind of setting can be hard. In a way, it's a lot like filming a space epic: put the ships too close together and it feels cramped, but film them from too broad a distance and the danger doesn't feel real. Here, the action sequences are filmed in such a way that you get a sense of scope and distance. It's clear what's going on and how the sequences play out which, for audience members with no clue how submarines work, that's an impressive feat. 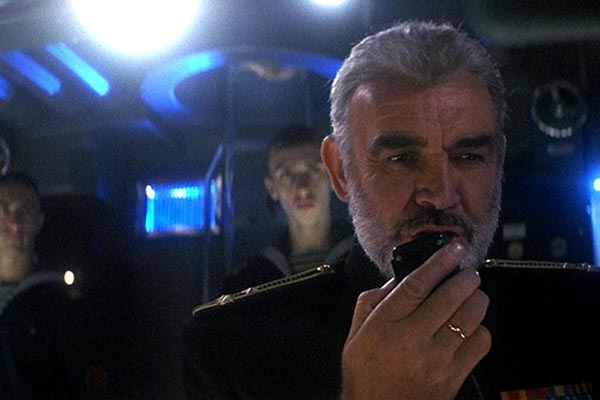 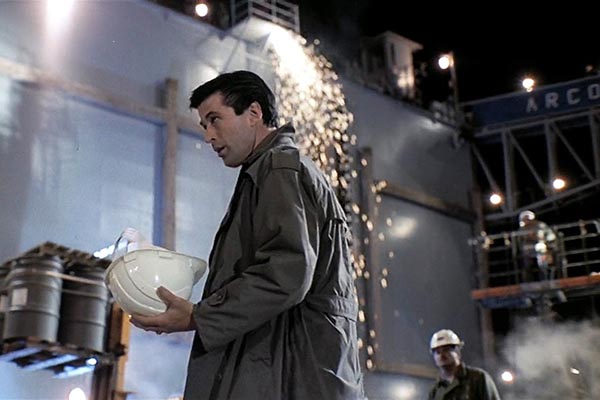 Most importantly, the Jack Ryan character actually feels essential to the plot without just magically always being in the right place at the right time. Here he's smart, and able to put stuff together that others might miss, but he's still an odd-man out. He doesn't want to be in the thick of danger, and actively has to fight something to get people to listen to his ideas (which inevitably sucks him into the dangerous situations), but it's pretty clear that things could quickly turn against Ryan and that, very quickly, we'd be short one hero. Heck, during the submarine sequences he's not even an essential character -- it's the captains and crew that save the day there where Ryan is just an on-looker.

The Hunt for Red October is a flawed movie, mostly due to a casting decisions that really should have been nixed before the film was made. However, as a first attempt at filming a "Jack Ryan" joint, it does admirably well. It moves along at a good clip, has some decent action, and tells a pretty good political yarn without feeling too "rah rah, go America!" (a problem with a number of Tom Clancy works). Thankfully, from what I remember, the series gets better from here. We shall see if that's really the case...