As I've noted in the reviews for the last two films, the Jack Ryan movies are pretty propaganda-filled. The flicks essentially boil down to "U.S. Good, Others Bad," whether that "other" is the Soviet Union in The Hunt for Red October or the IRA in Patriot Games. The second film, Games was at least refreshing for giving us a terrorist not entirely unlike ourselves -- the white, Irish villain played by eternally-dying Sean Bean. The third film, though, shifts the villainy to South American drug traffickers and I was instantly worried we were slipping into propaganda levels again. 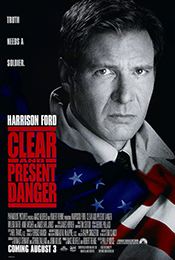 Thankfully, we didn't. This third (and last) film in the 1990s series, Clear and Present Danger is about a anti-propaganda as you could get short of Jack Ryan standing on the White House lawn burning a flag while he peed on the Constitution. Not that he'd ever do that because he's Jack Ryan, perfect, conservative American.

The third film concerns the U.S. getting involved in the drug trade. The Presidential administration feels like they aren't doing enough to curtail drugs (namely cocaine flowing in from the Cali cartel in Colombia) and they want to get a big win that will play well with the voters. After a friend of the President (who, we eventually find out, was also elbow deep in the cartel as a money launderer) is killed bu the cartel, a covert (and very illegal) U.S. team is sent down to Colombia to battle the cartel and put an serious crimp on the drug trade (via bombs and bullets). Eventually the whole thing goes pear-shaped, though, and that's where Jack Ryan has to step in to fix everything. Because, as far the movie is concerned, he's a perfect patriot.

Let's just get this out of the way right now: on paper the Jack Ryan character might work, but in these movies at least (and to a lesser extent the Amazon TV series, although I have hopes they correct it there in the second season), Jack Ryan is too perfect a character. He's so smart he can put together any mystery and solve it. He's fast and capable and good in a fight. And he's lucky, always right where he needs to be to get the job done for America. He's essentially patriot porn, a Marty Stu stand-in for the author (Tom Clancy) to play out all his conservative wet-dreams. Baldwin and Ford both play the character well (in the different ways, mind you), but he's still too perfect, too good. When a character accuses Ryan of being a "boy scout" in the movie, it's supposed to sound like slander, but it's just a really accurate way to describe him.

To be fair, no one in this movie is really played, or written, all that well. The U.S. officials (other than Jack) are all slimy, weasley human beings. The president is so obviously out of his depth, a puppet despot controlled by those around him, that I seriously wondered how he'd ever been elected into office. His advisors, too, are so obviously evil that you wonder why the accountability office hadn't already been called into to do a deep search of them and their dealings. These aren't characters so much as archetypal "political villains" that was just slotted into the film. They chew scenery, they give long, evil glances, and then they give orders that get people killed. They don't have any morals at all, as if Ryan sucked them all up so he could protect them, the only person in D.C. allowed to be moral just. 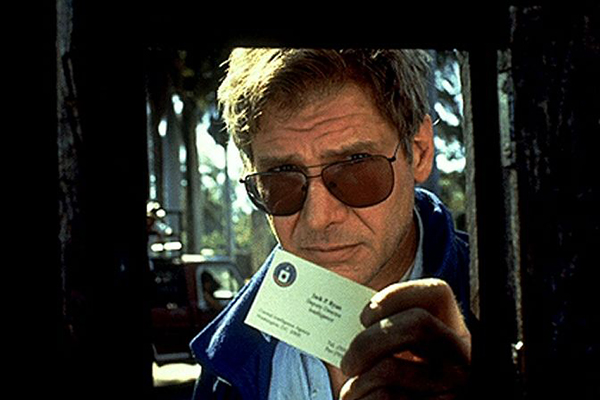 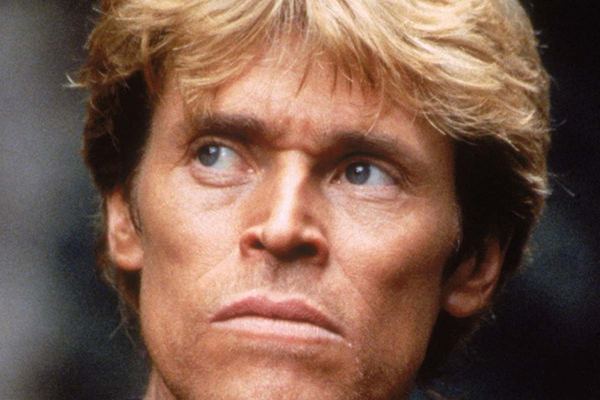 That's not to say that the South Americans come across much better. Having watched the Netflix series Narcos, the actors in this movie perform their drug cartel characters in pretty much the same way that actors on Narcos did. But that I mean they set their performances to "default scenery chewing monster, but one that speaks Spanish" and then just let it rip. The main bad guy, the drug kingpin, is an absolute monster without any conscience or remorse. His second in command is an "intelligence" man that will double cross anyone and anything to get ahead. He'll double, triple, and quadruple-cross everyone. In both cases, they're clearly terrible people mad with power out to screw everyone else, so why they hadn't both been shot by their underlings years before the movie started I just can't say.

The only character that's in some way realistic, and not some caricature, is Jack Ryan, but even then he's too perfect to truly be real. I accept there are government guys that always do the right thing, that aren't compromised. Considering the administration he worked in, though, one that would willingly promote Jack to the upper echelons of the intelligence community, shouldn't they have problems accepting this character in that administration? It's like the Sesame Street game of "One of These Things is Not Like the Other" when everything else is blood money and bags of cocaine. Like, yeah, of course Jack Ryan is the impossible good guy because everyone else is impossibly corrupt. The movie wants to sell us on the idea that the world is shades of grey, but all it every presents is a black, bleak world for Harrison Ford's white knight to ride into.

But hell, maybe this was the kind of movie people wanted after years in the Regan and Bush administrations. Maybe after the various scandals (and the perpetual scandal that was the 1980s), what movie viewers really wanted was someone incorruptible to look at a puppet regime (maybe compare it to latter-years Regan) and go, "line in the sand, this won't happen." If this movie was a form a catharsis, one of the many meta-commentaries on the 1980s and the Regan administration, I can kind of see why it was such a success. In the oeuvre of Jack Ryan it stands as one of the few productions so far where the U.S. is shown in a crappy light. 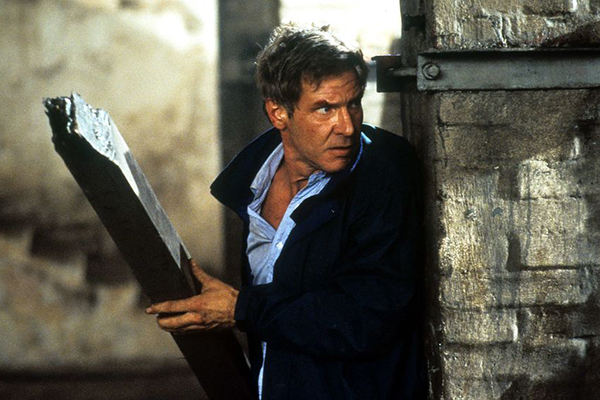 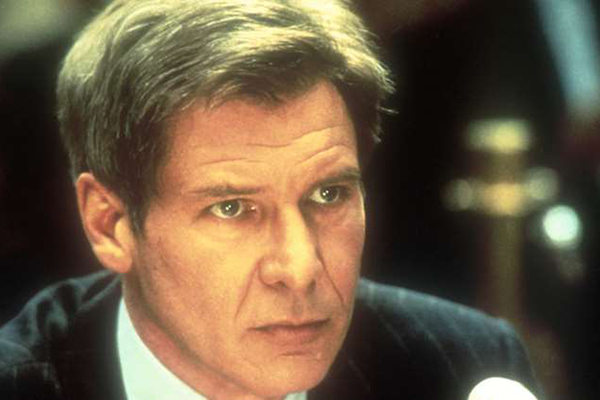 This movie was a success, making more than its predecessor (to the tune of nearly $250 Mil total), and probably could have gotten yet another sequel in the series. It's honestly surprising it didn't, but for whatever reason (Ford's salary, people tiring of political thrillers) the series was put on ice for a few years. I don't think that's a bad thing. While Clean and Present Danger has its moments, it just wants to be too many things. It wants to comment on politics but in the most black-and-white way (while pretending its anything but), while at the same time being both a drama and an action movie, a heroic epic and a dirty political thriller. Tt tries too hard and don't manage to pull off any of it.

Sadly, from what I remember, its attempts at nuance and political messaging still play much better here than anything the latter to reboots in the series put on offer.