The Jedi Really Kind of Suck

Although I wasn't initially a fan of Star Wars; The Clone Wars (either the movie nor the start of the series), the series did eventually grow to be a solid and reliable adventure show. It took a long time for the series to get out of its own way and find stories worth telling, but eventually series creator Dave Filloni crafted a solid show that was worthy of the Star WarsThe modern blockbuster: it's a concept so commonplace now we don't even think about the fact that before the end of the 1970s, this kind of movie -- huge spectacles, big action, massive budgets -- wasn't really made. That all changed, though, with Star Wars, a series of films that were big on spectacle (and even bigger on profits). A hero's journey set against a sci-fi backdrop, nothing like this series had ever really been done before, and then Hollywood was never the same. name. 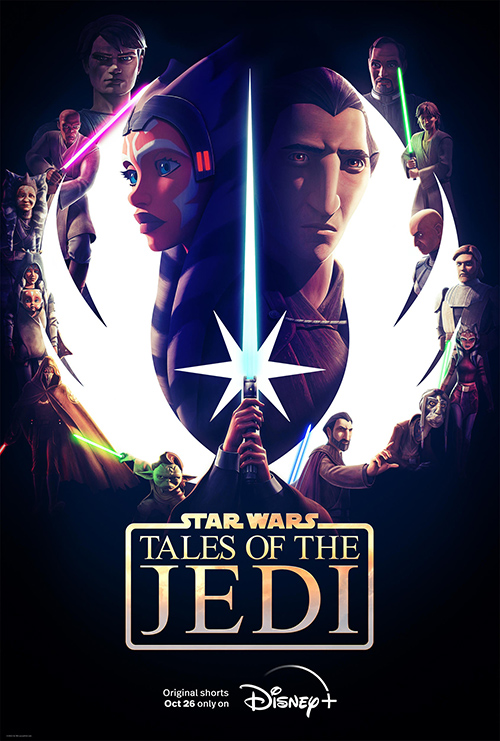 Over time the animated side of the universe has grown to be the strongest part of the whole franchise. Rebels was a great series start to finish, and while a tad uneven, The Bad Batch is able to give us a new perspective on an era of the 'verse we haven't really seen much before. I appreciate the work being put in to make Star Wars broader and more interesting, fleshing out the world and the characters in interesting ways.

That seems to be the goal of new short-form series Tales of the Jedi as well. Once again created by Dave Filloni (the Star Wars whisperer, if you will), this series begins long before the start of the Clone Wars, and continues on past their end with the rise of the Empire. It's focus rests on two important characters from that era, Ashoka and Count Dooku, showing their parallel paths through the Jedi Order to explore what made them work as characters and while one fell to the dark side while the other found her own path through to the light. It's an interesting idea that, despite some execution flaws, does work well in general.

The stronger half of the series composes episodes two, three, and four (of six total), and is focused on Dooku. We see him go on missions, joined by his apprentice Qui-Gon for one, and Master Windu for another. Each time his mission comes abruptly up against a plain fact: the Republic has become corrupt over time and while the ideals of the Republic should be upheld by the Jedi, the reality is much murkier. The Jedi act as cops for the Republic, enforcing missions without taking into account the needs of the citizens. As Dooku goes on his missions he sees evidence of this corrupt time and again, and this makes him question the Republic, the Jedi, and just what he's doing mixed up with all these people.

This part is very effective as it gives us a new take on Dooku we hadn't see before. Dooku was, frankly, kind of a wasted character in the original Prequel Trilogy. He showed up as a dark and menacing figure, played by Christopher Lee in Episode II: Attack of the Clones, and while he was played with aplomb by the legendary actor, he wasn't given much to do. Then Dooku dies like a bitch in Episode III: Revenge of the Sith because the film wasn't really about him. It's not a great way for the character to play out, let alone the fact that the movies did nothing to really flesh him out as anything more than "shadowy Sith guy". It was a waste. 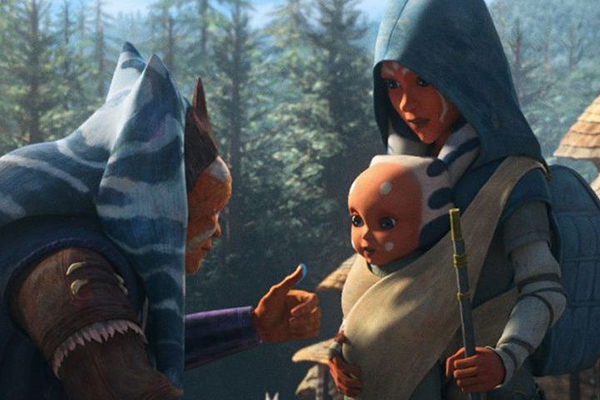 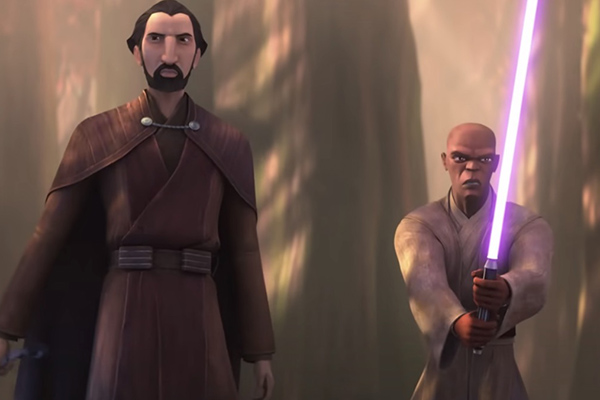 The long-running The Clone Wars could have corrected that, filling in the gaps for the character between the two films, but despite regular appearances by the character in that series, he never really got any depth of character. He remained this shadowy guy while other people (even his apprentices) received for more development in their stories. Dooku remained a wasted character who, despite their potential, just never could get their story together in the franchise.

Thankfully, the first two Dooku-centric episodes of Tales of the Jedi help to illustrate how this once proud Jedi could turn his back on the Jedi order. That's the kind of storytelling we needed. What the series is missing, though, is an episode that shows how he was sucked into the pull of Darth Sidious. He's an honorable guy that wants to do right by the citizens of the Republic but, somehow, just turning his back on the Jedi automatically makes him evil? The series needed to give us the story in between episodes three and four, because in that fourth episode Dooku is already a Sith and (reluctantly) kills another Jedi. Something is missing there to explain why and that does weaken the Dooku side of things some.

Meanwhile, in and around all that we have Ashoka. The first episode of the season focuses on our young Jedi as a little baby who, despite her age, manages to control the force (and thus can control a beast that tries to kill her). I think the series was going for shades of Grogu here, the little Yoda-like kiddo on The Mandalorian who is shown to have great control over the Force (when he wants to use it). The implication here is that powerful Jedi can use their gifts even as babies, as Grogu and Ashoka both illustrate.

And then we wait all the way to the fifth episode for Ashoka to arrive again. We pick up with her as an apprentice and we get probably the most affecting episode of the whole season. We see her going through her Jedi training, fighting battle bots and cleaning the floor with them. Her master, Anakin, is unimpressed, though; not because Ashoka isn't capable but because the battle droids aren't that hard to fight. So he creates a new test for her, having her fight against the whole squad of Clones that she also commands. She loses quickly at first but she trains, and trains, and over the years gets better and better. This is her training and she revels in keeping up with her men. And then Order 66 happens and suddenly that training becomes all too real as she has to really fight her own men. That gut punch right there perfectly caps the episode and, damn, does it work. 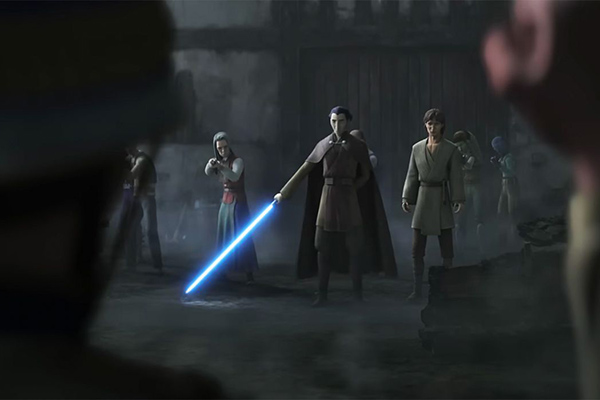 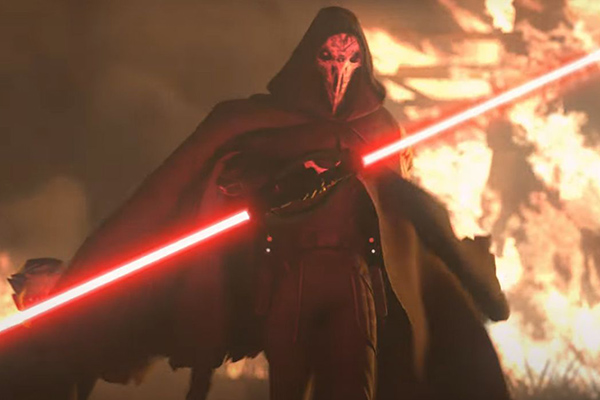 Sadly then the series ends on an episode with Ashoka out in the fields, playing at being a farm worker while she hides from the Empire. The issue with this episode is that it doesn't really tell us anything new about her as a character. We already saw her being a "normie" back in the last season of The Clone Wars so this doesn't really do anything new for her. Seeing her decide to tap into the Force and pick up her lightsabers again parallels her own story we saw before. Same deal, slightly different locale.

Now, the episode does quickly show her fighting a Sith Inquisitor and, man, does she absolutely destroy him. That part is great. But as far as being a good cap to her story (at least in this season or from The Clone Wars) this episode fails. Frankly, as much as I like Ashoka (and I think the fifth episode is fantastic) I think this whole season would have been better off ditching her episodes and giving more time over to Dooku. Watching his rise and fall would have been a very cool story to get especially since it's all material we don't know about him. We know enough about Ashoka that her stories don't really move the needle on her, but more about Dooku is absolutely required.

Due to the short length of the season (13 to 17 minute episodes, so you could do this entire season in a quick afternoon) the series doesn't overstay its welcome in any way. It's fun, and there are some great moments. I just wish the season had been giving a little more focus, and a bit more drive, to really make it interesting. It's a decent companion to The Clone Wars but it could have been so much more.