Let's Do the Trench Run Again

When thinking about the Star WarsThe modern blockbuster: it's a concept so commonplace now we don't even think about the fact that before the end of the 1970s, this kind of movie -- huge spectacles, big action, massive budgets -- wasn't really made. That all changed, though, with Star Wars, a series of films that were big on spectacle (and even bigger on profits). A hero's journey set against a sci-fi backdrop, nothing like this series had ever really been done before, and then Hollywood was never the same. series there really is no more icon sequence from that whole franchise than the trench run at the end of Episode IV: A New Hope. This is a series filled with iconography that's referenced again and again, to be sure, but the trench run is such a climactic, pivotal moment in the first film, the culmination of everything that came before (and, eventually, the promise of more to come) that it absolutely stands as the key sequence of the franchise. 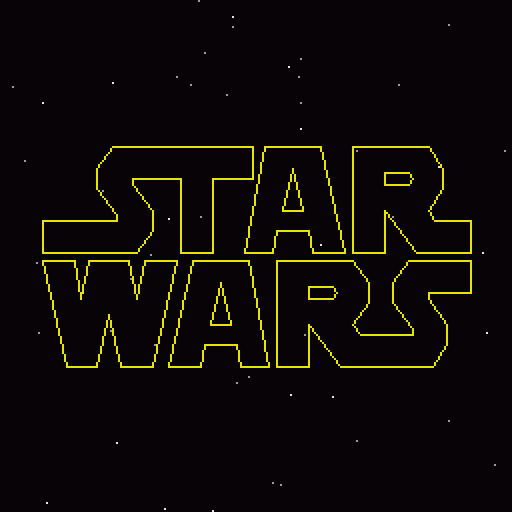 That goes a long way towards explaining why there are so many games that remake this sequence in particular. There was the 1983 arcade game (which was excellent). There was the end sequence of 1987's Famicom Star Wars. There will be plenty more to come as well. But for 1991 there was another take on the material, an effort that does hew closely to the template set by Atari's 1983 machine, and it too is quite good as giving players the feeling of being Luke and doing the trench run.

Going in hard on verisimilitude, Star Wars: Attack on the Death Star works to recreate the feel of the original film, as best as it can, so as to provide key plot details leading up the sequence everyone wants to play. We see a recreation of the opening scroll (completely with properly angled letters, which even the arcade game didn't do), leading into the big, scene-setting sequence of the Rebel cruiser getting shot and captured by the Star Destroyer. Then we learn about the Rebel plans, how the Rebels stole the intel on the Death Star and know its key weakness. The super space station can be destroyed, but getting to that weakness, the single exhaust port, and destroying it could prove quite difficult. It would need an excellent pilot.

While the game isn't very long, focusing entirely on the battle at the Death Star, I appreciate the level of love and attention paid to the opening cinematics for the game. If you know what you're doing you can get through the game in about ten minutes; meanwhile the opening movie is five minutes long. That ratio puts this cut-scene up there with Hideo Kojima's later works in the Metal Gear Solid series. "You want a game where 1/3 of the entertainment comes entirely from cut scenes? Hold my beer!" The opening sequence is great, a solid recreation of the original scenes in the film, but the game holds up well, too.

The actual meat of the game is broken into three parts. The first is the flight in towards the Death Star. Luke and the rest of Red Squadron fly into the Death Star's space and have to contend with TIE-Fighters and other TIE ships, blasting them out of space to clear the path to the Space Station proper. You, as the player, have a score counter and you have to reduce your score (by killing TIEs) until it hits zero. Only then can you move onto the next phase of the game. 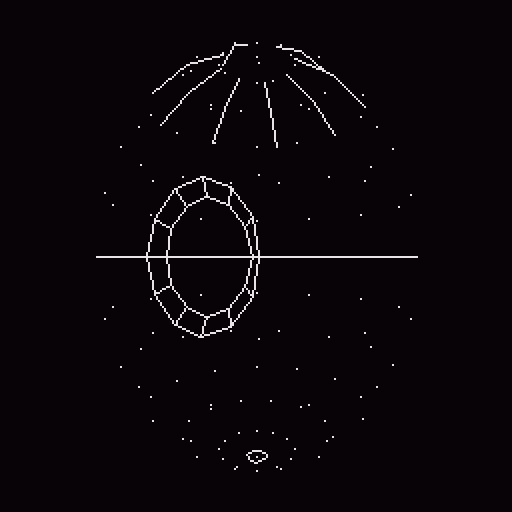 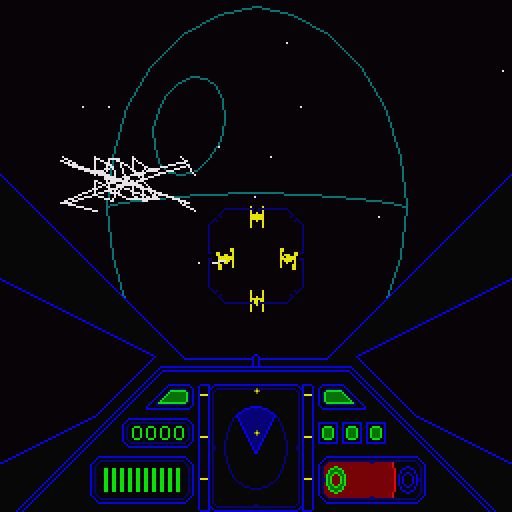 From here you then skim low over the Death Star. Again you're given a score counter and your job is to blow up turrets, and other objects, on the surface of the Not-a-Moon until you hit zero, once again clearing the flight path into the trench. Then it's just a matter of flying through the trench, avoiding the shots of turrets along the walls and then, eventually, a pursuit sequence along the trench via Death Vader's Tie-Advance. One good shot at the exhaust port at the end and then you get to fly off, home free!

Again, if you've played the 1983 arcade game this is going to see familiar. That feeling is doubled, in fact, because this game uses vector art, just like that arcade classic. I wouldn't call this a home port of that game -- not only developed by a different company, M.N.M Software, but there are enough changes that makes this feel like a different game. I still would bet, though, that the producers loved the arcade original and want to do a solid homage not only to that game but the film as well. You can tell there was a lot of care and craft put into this title.

I think one thing that stands out for this game is its incredible scope. The original arcade game was an on-rails shooter, but this game features wide open sequences where you can fly anywhere at any angle. You're in control, blasting away at TIEs and then turrets, and you never once (during these two sequences) feeling you're being forced along a linear path. You have to take out the targets your way and how you do it is up to your skills. You better be a good pilot, especially in the first part of the game, if you want to advance any further.

Frankly, the control you have over the ship reminded me of the X-Wing series of games hat started up two years later, in 1993. Those games were hailed for letting you have full control as a star fighter for the Resistance (before eventually also putting out sequels focused on the Empire as well). This game feels like a precursor to that, a game that knew how much fun it could be to pilot an X-Wing and be an Rebel bad-ass. The designers here, Koji Tsuchida and Toshiyuki Kuwahara, presaged that LucasArts series. They clearly knew what was fun. 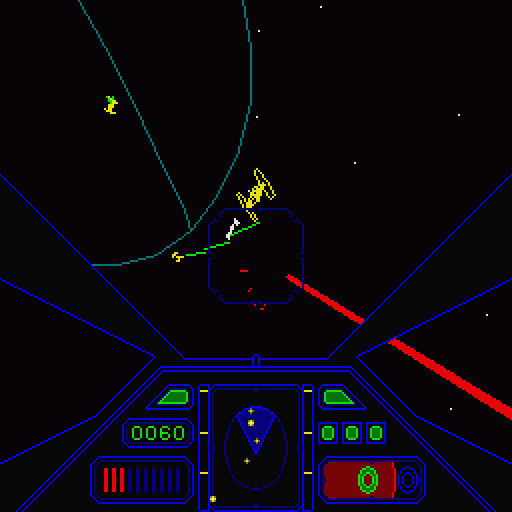 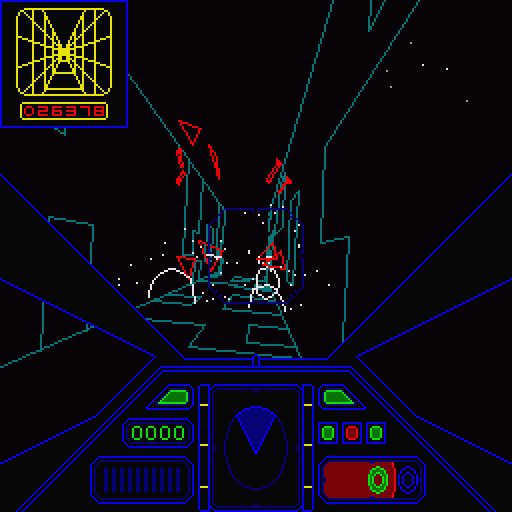 The best part of the game is just flying around, being a awesome pilot as you blast away at enemies. The game doesn't put the focus on racking up big scores (although it does track how long it takes you to beat the game), and there's no "infinite loop" version of play. Once you blow up the Death Star, that's it. You can play again if you want, and I'm sure plenty of kids back in the day did just that, to see if they could get a faster score (and just to reliving the game again). It's only ten minutes of game play (give or take) but it's a solid ten minutes.

With that said, it's hard to go back to this game and really give it the love it deserves when, only two years later, X-Wing would come out letting you relive a whole series of starfighter battles (including the epic trench run) from the first film. This game knew what was good but X-Wing made it even better. In 1991 this game had to seem revelatory, but now it seems like an early run at something that would only get better with age.

How much you want to explore this game (when better, easier to play) options are out there now is really your own call. It's a fantastic game on its own if you happen to have a Sharp X68000 or PC-98 to play it on legally. For everyone else, the special editions of the X-Wing series are available on stores like Good Old Games and they don't require any legally questionable methods to play. This game ushered in a new era for games of the series... but then it got left in the dust.