A Japanese Perspective on the Franchise

Anthology series are inherently an odd thing to view, let alone create. Due to the way they're designed -- a series of shorts related in tone, mood, and setting but unrelated in specific story -- the episodes themselves tend to be pretty hit or miss. Without the directive of a specific narrative the shorts tend to just go in any direction they want, something coming up with great ideas but very often just feeling like something so tangentially related to the subject matter that they verge on totally irrelevant. 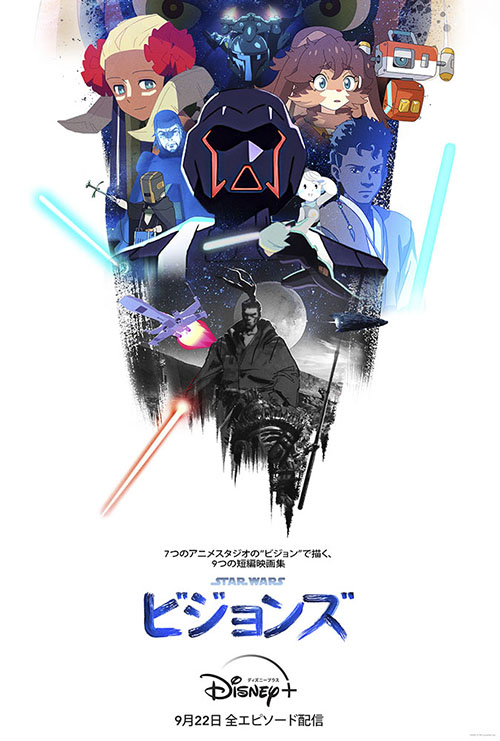 We've covered a few different anthologies on this site so far -- The Animatrix, Batman: Gotham Knight, Marvel's What If...? -- and the one that held together the best, What If...?, was also the one that ended up defying the anthology conventions as it pulled all its stories together. Even then, though, the tales could be hit or miss at best and even with a single team creating a single overall mood, feel, and narrative, the anthology format can simply defy control. The lack of needing to fit everything into a rigid structure can be freeing but that freedom can lead down some very odd narrative tunnels.

From Disney, again, we get another anthology series, this time set in the Star WarsThe modern blockbuster: it's a concept so commonplace now we don't even think about the fact that before the end of the 1970s, this kind of movie -- huge spectacles, big action, massive budgets -- wasn't really made. That all changed, though, with Star Wars, a series of films that were big on spectacle (and even bigger on profits). A hero's journey set against a sci-fi backdrop, nothing like this series had ever really been done before, and then Hollywood was never the same. franchise. Although it plays with the tools of that universe, Star Wars: Visions is very much not in the continuity of the main franchise. It's like Droids, or The Ewok Adventure, or anything produced from the LEGO side of animation. Yes, it fits into the larger metaverse but it does not directly influence any real continuity matters. This is just a series of shorts that take inspiration from Star Wars so the designers can do their own thing.

On the one hand this freedom does lead to some really interesting, and often beautiful, shorts. With the toy box given over to a set of anime studios, the results are Star Wars as if it had originated from the land of Samurai. That's not meant as a derogatory statement; the number of images in this series that were designed to directly evoke Japanese history, classic architecture and art as well as, yes, samurai, makes it pretty clear that all the Japanese studios knew what they wanted to do and they all tapped into their cultural history for it. It is cool, though, to see the designs they came up with, light sabers and ships and everything else that's ostensible "Star Wars" but done with classics Japanese art.

It actually raises the question about just what makes something Star Wars? Is it the universe itself? Is there any core ideal that characters are supposed to strive for so that a story fits tightly into Star Wars? When it comes to the other big sci-fi franchise, Star TrekOriginally conceived as "Wagon Train in Space", Star Trek was released during the height of the Hollywood Western film and TV boom. While the concept CBS originally asked for had a western vibe, it was the smart, intellectual stories set in a future utopia of science and exploration that proved vital to the series' long impact on popular culture., you know when you're in that universe because you have eh Federation, that's our grounding point. But when so many of the details in this series are changed to suit the culture creating the art does that mean that to be Star Wars you're basically down to space wizards and laser swords? 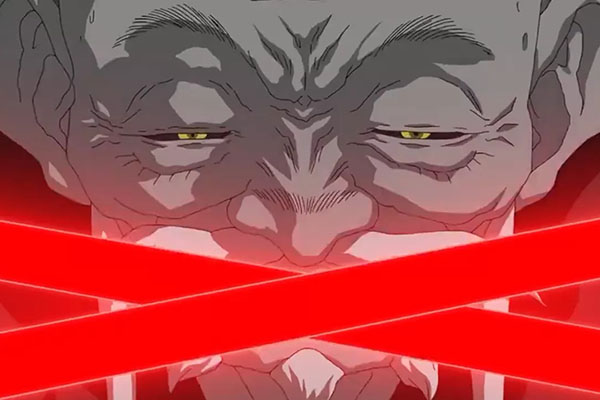 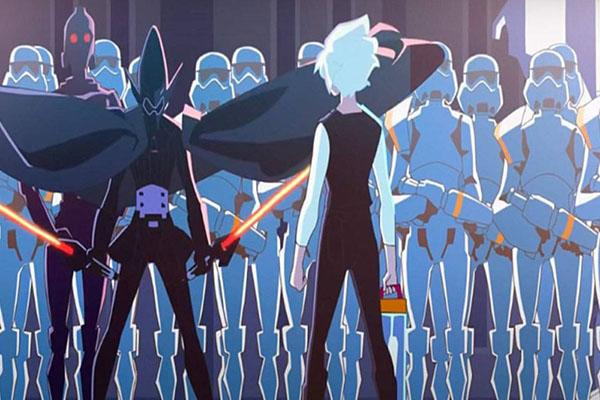 That does seem to be the extent of what makes something fit into this series as all but one short is about the Jedi in some capacity. Characters strive to become Jedi, or try to recover from their time as Sith, or are secretly plotting for the Empire so they can be the next underling of the Sith lord above them. There's only one short that deals with anything else -- it's "Tatooine Rhapsody", which is about a band trying to save one of their band members by playing the best show ever for the Hutts -- and, actually, it kind of sucks. Hard to make an argument against space wizards and laser swords in that case.

Frankly, most of the episodes in the series aren't great. I'd argue that there are really only three stand out episodes of the run of nine total for this first season. Those three episodes -- episodes one "The Duel", episode four "The Village Bride", and episode five "The Ninth Jedi" -- make good use of the artistic freedom while combining it with powerful stories of honor and what it actually means to be a Jedi that the hit and hit hard. The rest, though, are forgettable at best, boring at worst.

A few of the episodes do have good ideas but, for one reason or another, don't quite come together like they should. "Tatooine Rhapsody" gets credit for crafting a story that doesn't involve the Jedi, Sith, or the Empire, making it the only tale in this set that does that, but its characters are flat and the story takes too long to get going before it just kind of flatly ends (with a terrible musical performance). "T0-B1" (said as "Toby") is about a droid trying to become a Jedi, which is a cute idea but it's told in an Astro Boy style, which I found too cute and, certainly, looked weird among the rest of the shorts. Plus, frankly, there just wasn't any real story to this one. "Lop and Ocho" gave me hope as the opening, with a rabbit-alien getting adopted into an honorable house, promised solid drama... but then it takes so long to get going that it squanders all its good will before simply ending on a cliffhanger (that likely will never be resolved).

The worst episode of the set, though, is easily "The Twins". This one starts with the creation of a dyad, two Siths linked at birth, one following the Empire while the other resists and elects to become a Jedi. That's a good idea, but then the rest of the episode is an incomprehensible, Dragon Ball-style fight that just goes on and on and on without actually going anywhere real. It's power slop, a lot of action without any substance, and I barely was able to pay attention to it at all. It's so bad. 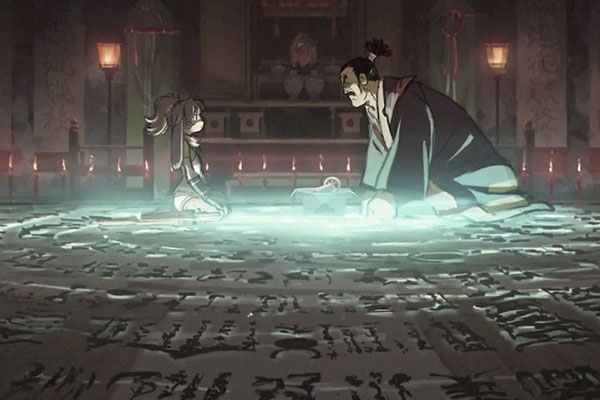 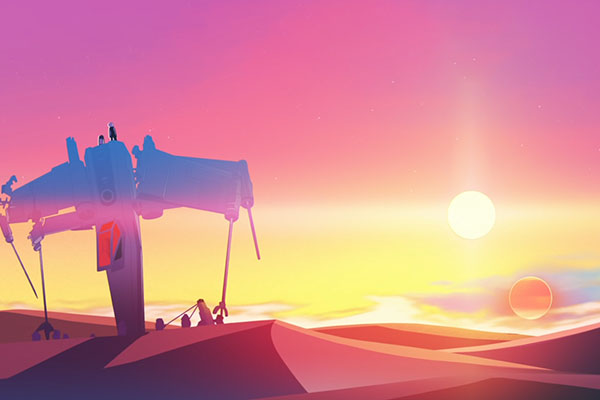 I get what the studio was going for with these shorts, and I applaud Disney for letting outside animators tinker with the Galaxy Far, Far Away to find some new ideas. Some of the ideas are great, and the stories that work really could be the launching point for all new series that would be worth watching. On the whole, though, this anthology is just too hit or miss, at least in this first season, to be worth watching. The artwork is pretty, and I'd sit through a couple of the shows again. On the whole, though, Star Wars: Visions is uneven enough that you'd be better off just watching the three episodes that work and skipping the rest entirely.