After the success of The Matrix, the creators, Larry and Andy Wachowski (later Lana and Lilly Wachowski) dreamed up two film sequels to their opus: The Matrix Reloaded and The Matrix Revolutions. Those films, however, were only one part of their greater franchise as they also spearheaded development of a series of animated shorts titled The Animatrix. 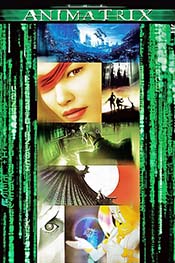 Set at varying points before the start of the second movie, The Animatrix was designed to flesh out the world of The Matrix further, showing different characters and perspectives to give the world a fully-realized form. Each short (or set of shorts in some cases) were developed by different animation studios in varying styles which also lead to them sometimes varying in quality. Thus, instead of reviewing the project as a whole it seems to make more sense to review each section individually:

Final Flight of the Osiris

A CGI anime, this first short recounts the final journey of the human ship Osiris. We open with a dojo sequence where two of the crew members, Captain Thadeus and Jue, are having a fairly sexy katana battle (which is weird to write but makes perfect sense in the context of the short) before the ship alters systems go off. Forced out to the real world, the crew of the Osiris bears witness to the army of squiddies that would eventually attack Zion in Reloaded and Revolutions. The crew has to flee the machines while Jue plugs herself into the Matrix to quickly get a message to a drop-point for Zion.

Although the story is simple, this short does a good job of quickly getting you invested in the action, first by getting playful with the two main characters before dropping them in a world of hurt. The plotting is smart as is the pacing, never staying too long in or out of the Matrix but cutting quickly between the two sides as the crew works to complete their mission before the squiddied blow up their ship.

The animation style is really solid here. Although CGI anime can be hit-or-miss, this short shows off just how pretty actual humans can look when done properly in the style. Although there's still a little bit of uncanny valley on the human faces, these are some of the best looking realistically done humans in an anime I've seen. The humans actually look better than all the inanimate objects (like the squiddies and the human ship) which I find funny, actually, since normally inanimate objects are easier to pull off in animation than living organisms. 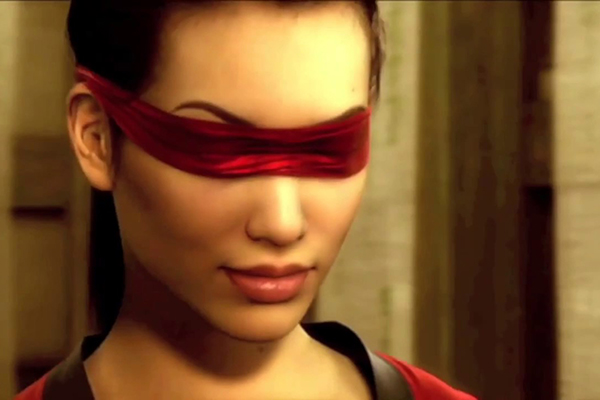 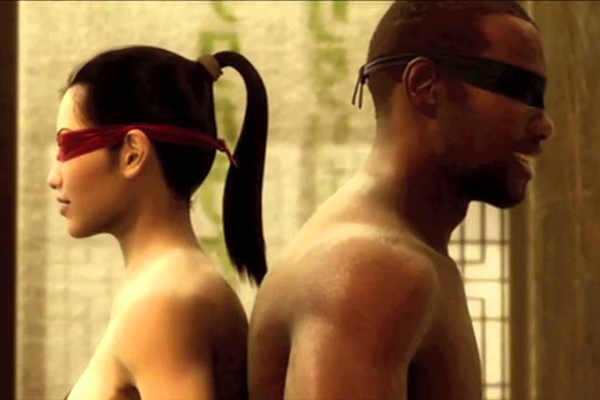 This short is a good first act for the series, a solid little story that gets you invested in the adventures to come.

The Second Renaissance: Parts I & II

A more traditionally animated set of two shorts, Second Renaissance goes back to the very beginning, just after humanity has created A.I. In part one, the humans of the world had grown fat and complacent on the backs of their robot workers, but when a single robot fought, and killed, its owners out of fear of being decommissioned, it set of a chain of events that lead to a robot revolution and founding of their own nation where they could be free of human rule. Part two then picks up as the humans, fearful of the successful robot nation, nuke the machines to try and eliminate them. This only spurs the machines to spread outward, conquering human nation after human nation. The humans then scorch the sky to try and cut the robots off from the solar energy they need, but the robots survive this, too. In the end, the robots take over and it's all, essentially, humanity's own fault.

The two shorts feel a lot like the old dark and gory animated movies from the 70s and 80s, like Heavy Metal. They show a potential sci-fi setting in unflinching terms, allowing us, the viewers, to make our own decisions about if this is where we could end up. It's also good and making us think about who were the real bad guys here. While the movie paint us as the victims, with the robots as cold-steel villains, these shorts make it more shades of grey. We're really the bad guys for a good portion of the story, and we only make the robots into the villains because that's what they have to do to survive.

Of all the shorts in the collection, these were my favorite. Although they have less bearing on the events of the films than some of the others, they do make you really think about the whole world of The Matrix and question everything you think you know about the world. And, really, that's the goal of the best speculative sci-fi.

Featuring a side character from the sequels, Kid's Story featuring Kid, naturally, the annoying teenager that follows Neo around like a puppy early in the second film. There's he's pretty obnoxious, but here we get the story of how he freed himself from the Matrix (something that, up til that point, was assumed to be impossible).

The story is interesting, I just think it would have been cooler to get any of this in the actual movie. Instead, if you haven't watched the short, having the Kid around is just irritating, like Short Round to Neo's Dr. Jones. None of this story really shades the character in the movie, so while he was able to free himself here, it doesn't have any bearing on what he ends up doing later in the series.

Plus, I just hated the animation style. It used clearly real backgrounds that were redrawn along with sketchy almost-but-not-quite real character designs. I found the whole look of the piece off-putting and had a hard time really caring about anything that was going on. Although maybe that was just because I was so annoyed by the Kid in the movies and didn't really care what he was up to before he got freed.

Picking up as a single female warrior rides out against a samurai in feudal Japan, we find Cis training in her favorite simulation. She's confronted by Duo, another human agent, and the two end up fighting as Duo reveals that he's made a deal with the machines to get reinserted back into the Matrix. He then asks Cis to join him, which she flatly refuses. We're then taken through various set pieces as the two battle back and forth before one comes out the victor.

A very traditional anime (aside from a few CGI-enhanced backdrops), this one feels like it could have been produced in the 1980s. While the story is interesting enough, the whole plot doesn't really do much to illuminate these characters or the Matrix as a whole. It's a slight tale that might play with the viewers' expectations about what's going on (presenting a kind of fun-house view of feudal Japan) without really broadening our sense of The Matrix. 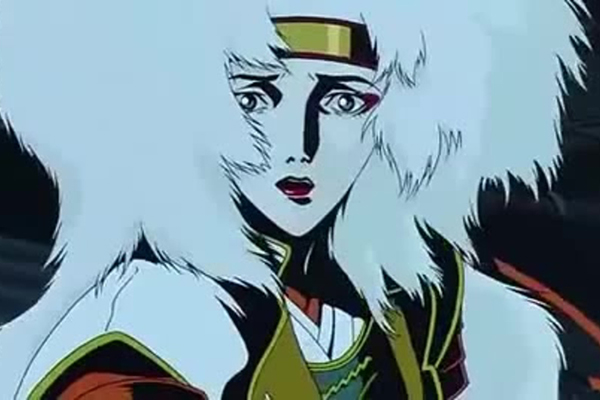 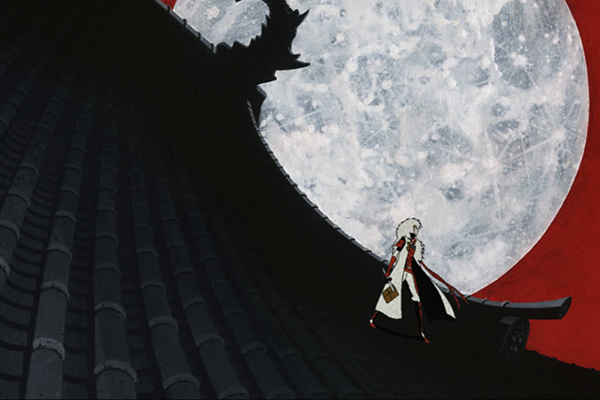 This might have been better if any of the characters showed up in the movie. As it is, this one is very much a "Tales from the Matrix" more than a prequel to anything we're supposed to actually care about.

Another strange one, here we have the story of an athlete who could run so fast that he, somehow, was capable of (for a few seconds, anyway) freeing himself from the Matrix. The machines, though, didn't want this to happen, so Agents were there to somehow force him back in (and expunge his memories of the event).

It's a cool idea, although it feels half-backed in the short. This is another one where tying it to a character we see in the later movies would have helped. It also is odd since "Kid's Story" established that people shouldn't be able to free themselves and then, here, we have another case of it happening. So which is it?

I really hated the art style for this piece. It's that funky anime style where everything is super-over the top with extra elongated people. It totally didn't work for me, but I might have forgiven that if the story was better developed.

When Yoko's cat, Yuki, goes missing, the girl ends up wandering to a haunted house in the middle of her Japanese city. There she meets up with a bunch of younger kids, all of whom mess around in a house where the laws of physics don't really seem to apply. Sadly, before the kids can have too much fun, Agents show up and chase them off. The next time the kids all come back, the house is gone and the world seems to have gone back to normal.

Much as this doesn't seem to add anything to the movies, I actually do like this short. It takes the concept of the Matrix and does a good job really exploring an idea about it -- what if the programming of the Matrix itself went haywire -- to tell an interesting little story. It doesn't change our view of the movies, sure, but it does provide a compelling little tale from within the world itself.

Plus, it's just well animated in a nice traditional/CGI hybrid style that works really well. It's one of the prettier, better written shorts of the whole set.

This one is interesting if only because it does a lot of what I want from these shorts and yet I didn't actually like it. We follow the exploits of Ash, a detective set on the trail of Trinity by a mysterious client (obviously an Agent). His path eventually leads him to a meet with Trinity and, wouldn't you know it, Agents show up. Trinity escapes while Ash is left to deal with the mess.

Conceptually the short is interesting as it shows us another perspective on the world and actually features one of the characters from the movie. And yet, this doesn't really expand the character of Trinity at all -- we already knew she was a bad-ass. It also doesn't do a good job of world building since the style and substance of the piece feels more like a fan-fic set in the Matrix than an actually, proper story. 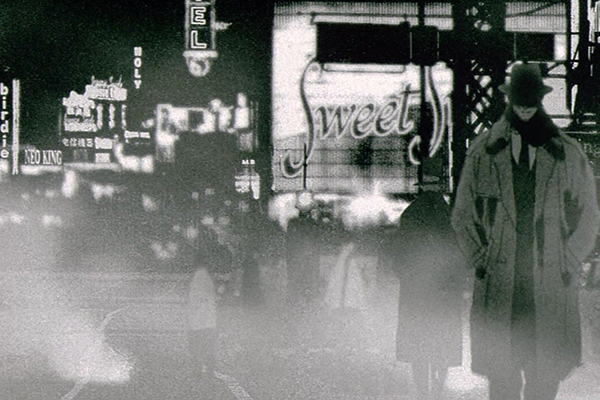 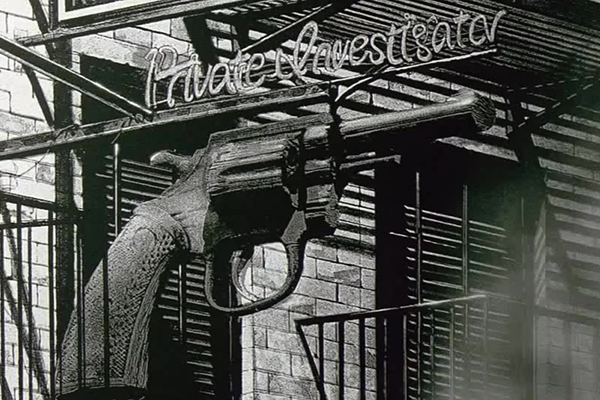 While it's neat to think that neo-noir stories could be told within the bounds of The Matrix, this particular attempt doesn't quite come together.

Finally, we come to the last piece of the set. This was the oddest of the bunch and the one I liked the least. Done by the creator Aeon Flux, we get a story about human scavengers living out in the wastes of the ruined world. They would capture and reprogram robots to use against the other machines presumably so they could all live. And yet, there's very little dialogue in the whole piece and not much is explained. It's all very surreal and strange.

I never really got into Aeon Flux, and I could get into this, either. I just think I'm the wrong audience for this dude's type of storytelling.

I mean, we all know how much I normally loathe anime...