The Jedi and His Charge

For the better part of a decade (if not longer) fans have been clamoring for Ewan McGregor to return to the role of Obi-Wan Kenobi. Say what you will about the Star WarsThe modern blockbuster: it's a concept so commonplace now we don't even think about the fact that before the end of the 1970s, this kind of movie -- huge spectacles, big action, massive budgets -- wasn't really made. That all changed, though, with Star Wars, a series of films that were big on spectacle (and even bigger on profits). A hero's journey set against a sci-fi backdrop, nothing like this series had ever really been done before, and then Hollywood was never the same. Prequel Trilogy (those films were not great, but redeemed slightly by the fact that the Sequel Trilogy ended up so much worse), but McGregor was easily the best damn part of those movies. her performance as the younger Obi-Wan (after Alec Guinness played the older version) was amazing, a true highlight of the films. If anyone deserved to come back to the series, it was Ewan. 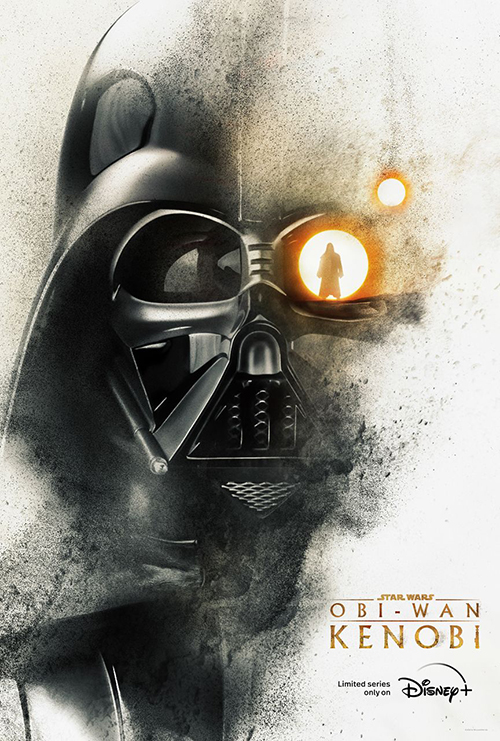 For a long time, though, the fates simply failed to align. Over and over again there were rumors of some kind of Obi-Wan continuation. A movie maybe, or an animated adventure, or now, maybe a "Star Wars Story" movie... except those went right off the cliff with Solo, effectively killing that subset of films. It was only after the resounding success of The Mandalorian that the power-that-be (aka Disney) elected to try once again at bringing together an Obi-Wan story. This time, though, the project would be a mini-series.

You can see the logic of Disney's move. Mando proved that Star Wars continuations could work, that there was still life in the franchise after J.J. Abrams ran it into the ground. All the studio had to do was ignore movies for a little while and do its franchise expansions as TV shows. Ewan was game, the project was put in the works, and now we have Obi-Wan Kenobi, a mini-series airing exclusively on Disney+Disney's answer in the streaming service game, Disney+ features the studio's (nearly) full back catalog, plus new movies and shows from the likes of the MCU and Star Wars., exactly what fans wanted. If only it was more than that.

In it's trailers, Obi-Wan was pitched as a tale of our lead character, Obi-Wan (McGregor) defending Luke Skywalker (played here as a child by Grant Feely) from Sith Inquisitors on the planet Tatooine. That isn't really the case. Although the show does start on Tatooine, with Obi watching the young boy from afar (to ensure his safety), soon after we watch as one of the Inquisitors, Third Sister (Moses Ingram), kidnaps Princess Leia (played as a young child by Vivien Lyra Blair), all to draw out her prime target, Jedi Master Obi-Wan. The Inquisitors hunt the Jedi, and Obi-Wan is public enemy number one in their books.

Leia's kidnapping forces Bail Organa (Jimmy Smits), to call in a favor from his reluctant old friend, Obi. This send Obi-Wan on a quest off Tatooine to find the girl and, once he's retrieved her, the two have to find a way back to Aalderan with all of the Inquisitors, and one Darth Vader (played by Hayden Christensen and James Earl Jones), hot on their tail. And while that's going on, Obi-Wan has to find a way to tap back into the Force, having sealed away his powers for some time (out of guilt, anger, and many other dark emotions). Obi has to become the Jedi Master he was meant to be if he's to have any hope of saving Leia. 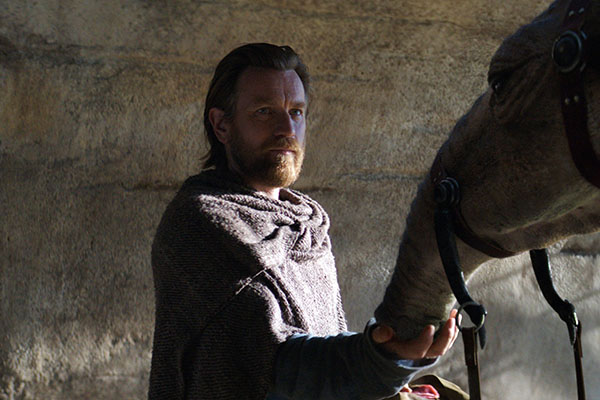 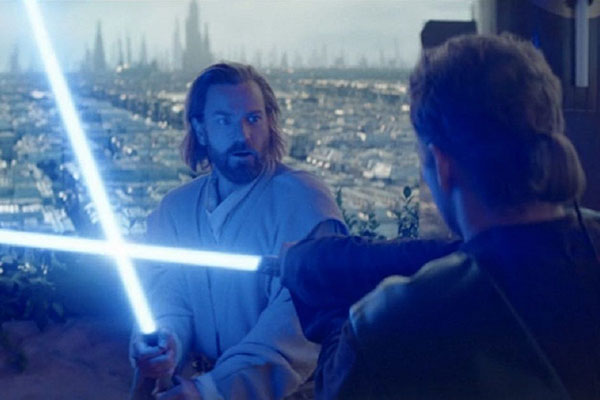 Obi-Wan is a show perfectly engineered to give the hardcore fan-base exactly what it want. It brings in characters we know, settings we're familiar with, and mixes them together to create a story people say they want to see. "Another confrontation between Obi-Wan and Darth Vader, but this time Obi gets the upper hand? Yes, please!" It delivers the beats requested (familiar sights and sounds, over and over again), but it's hard to say that, creatively, the show really pushes any boundaries or tries anything new. It's another story focused intently on movies and tales we've seen before, bridging two trilogies of films with a story meant to tuck in perfectly and "fix" many issues. But what it doesn't really do is give us anything fresh or new.

The good parts of the series most certainly come from the acting. Fans wanted McGregor's Obi-Wan back, and the actor delivers hard on his promises. He's back in full force, giving us all the facets of Obi-Wan's performance we wanted. From trouble older man to a Jedi wracked with guilt, on to risen Jedi Knight and even father figure, McGregor nails it all. The show is built around him and, frankly, McGregor could do anything as Obi-Wan and it would be absolutely watchable.

Aiding McGregor is a perfectly cat Vivien Lyra Blair as Princess Leia. Fans might have been shocked that they were getting a Leia story instead of a young Luke adventure, but this does work better within the context of the continuity, and honestly, this young actress is fantastic in her role. She manages to be a kid, of course, but still find the aspects of Carrie Fischer's Leia. She's a young woman wise (and sarcastic) well beyond her years, a perfect recasting of the character. The producers could, and should, think about using her again in he future for other stories as Blair nails being Princess Leia.

Much of the weakness in the show comes from the villain side, namely the Inquisitors and Darth Vader. We spend a lot of time with Obi-Wan and Leia, as it's their adventure, but the villains don't feel anywhere near as complex as the heroes in this show. I don't blame the cast for this, I think it's a weakness in the writing... and maybe the universe as a whole. The Sith generally are dark and menacing looking but they don't get a lot of moral complexity, or even character development, in the franchise. This series treats them about the same, introducing a lot of cookie-cutter villains to run around and be dark, but only one of them, Third Sister, gets anything close to actual character development. 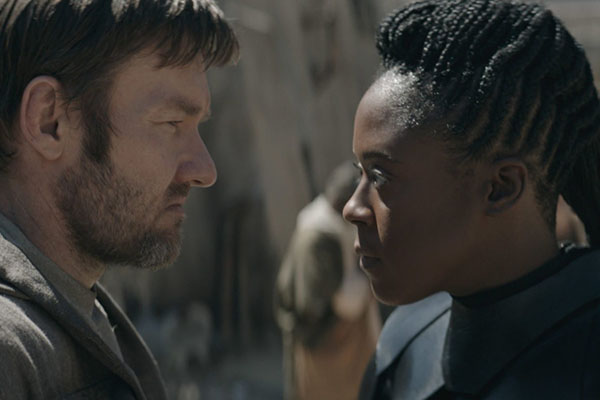 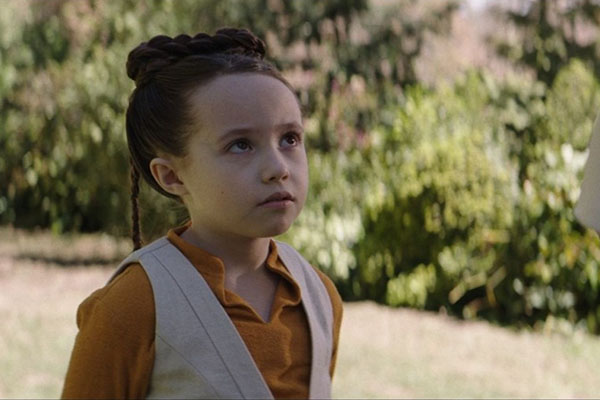 Third Sister is certainly the strongest of the Sith characters but even she is pretty bland. Her character development doesn't come until halfway into the set of six episodes, and before that she's just another power-hungry Sith flunky. Her character development -- that she was actually one of the younglings Anakin tried to kill, and then she became a Sith so she could get close to him and try to kill him -- is interesting, but it also feels like it comes out of nowhere. Her wanting to kill Vader for personal reasons doesn't really change much. She's presented as power-hungry, so whether it's so she can kill Vader for revenge or kill him to became the new top of the heap it all works the same. More shading and development on her, earlier in the six episodes, was needed to make her truly interesting.

Meanwhile, what was the point in having Hayden Christensen come back. There are a couple of moments that actually used him well (one flashback, and one moment near the end), but the real screen time for the actor amounts to about two minutes total. The rest of the time Vader is played by body doubles and voiced by James Earl Jones. For as much as the production team ballyhooed the grand return of Christensen to his role, it really doesn't amount to much of anything at all.

Beyond the weaknesses with the villains, the show also doesn't really add anything new to our understanding of the events of the Prequel or Original Trilogies. it's great to see Obi-Wan and Leia and all the rest, and they are well played, but all this story really seems to do is band-aid issues in the continuity that have cropped u over the years. Why did Obi-Wan say Darth Vader killed Anakin? This show will have a character answer that. How did Leia know to contact Obi-Wan in the very first film? We get that too. Instead of trying to find new things to do with these characters and this setting, the show devoutly insists on perfectly stitching the two trilogies together as neatly as possible.

I will say, if you are one of the devout then this "flaw" probably didn't matter to you. My wife absolutely loves Star Wars and this show hit all the sweet spot buttons she wanted. It was loaded with call backs to other adventures, other stories, but it gave her the good fan-vibes over and over again. The story was threadbare and the moments engineered to the point of pandering, but she still loved all of it because it hit all the moments she liked and memories she had. 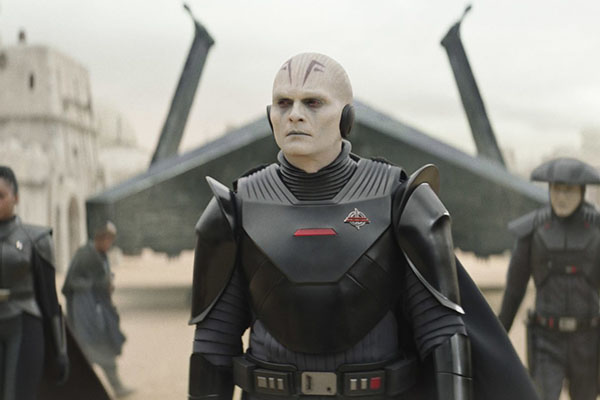 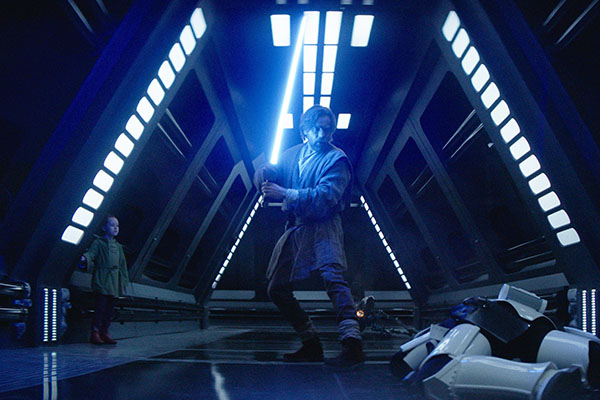 What that means, then, is that it matters what kind of Star Wars fan you might be. Critics like me will go on and on about the weaknesses of the characters, the lack of narrative momentum (especially with how this story is supposed to fit within the grander saga), and the fact that this story doesn't really do anything new or reveal anything interesting about the characters. It exists simply to show what happened in a space of time between the movies, but it doesn't actually change their stories in any interesting way.

If that is a concern for you then you're not the kind of Star Wars fan this series was meant for. I'm not that kind of fan, either, and this series wasn't really for me. I'm the kind that wants the Saga to stop going over the same events, to show us some new characters, new ideas, new parts of the Galaxy Far, Far Away. I'm not the core audience for Obi-Wan Kenobi. There are things I can enjoy in this movie but for me the series is shallow and doesn't hit all the buttons I wanted. It absolutely rocked my wife, but it left me underwhelmed.

Still, the one thing Obi-Wan Kenobi does illustrate is that Disney can make "Star Wars Stories" that work for the fans. I have no doubt that if this series had been made into a movie instead it would have be a massive success (unlike Solo). It's a better engineered tale and it does get the audience swept up in its moments. Disney seems steadfastly devoted to constantly riffing and re-riffing on the same moments of the trilogy we've seen before, but at least with this series it does a better job of it.

It might not be fresh or interesting or new, but Obi-Wan Kenobi does provide exactly what fans wanted. It just provides nothing more than that. Your enjoyment of the series, then, will depend largely on whether you want something new, or just a nostalgic riff on what you've seen before. Those fans in the latter camp will absolutely love this mini-series.