Battle for the Belt

When the Kunio-kunStarting as a fighting game befoe spinning out in sports titles (and other adventures) of all shapes and sizes, the Kunio-kun series is one of the most diverse, and hilarious, to ever grace both sides of the Pacific. series debuted it had a lock on the brawling market. It was fast and fresh and unlike many other games out there. While there had been martial arts games, such as Kung-Fu on the NES and in Arcades, the first game from Technos in the Kunio-kun series (Nekketsu Koha Kunio-kun, in English as Hot-Blooded Tough Guy Kunio, or simply, in the U.S., Renegade) changed everything. It added a third-dimensional perspective, it threw in a ton of goons, and it set the tone for the battles to come. 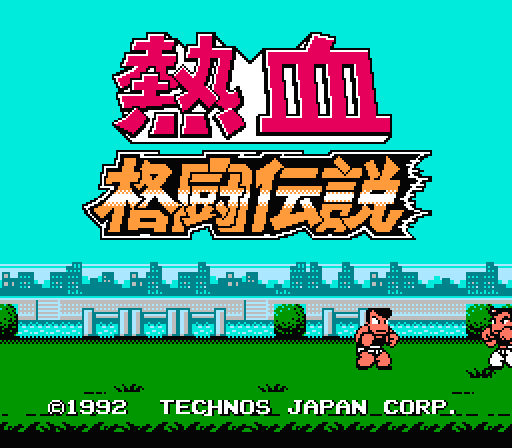 Technos found a lot of success making all kinds of games in the Kunio-kun series, but the bread and butter was still brawlers. Unfortunately for the series, and Technos, the arcade scene had moved on and what was once the domain of the Kunios and the Dragons Doubled had a new game in town that was dominating the eyes (and quarters) of players: Street Fighter II: The World Warriors. Capcom had found success making their own style of brawling and fighting games, such as the Final Fight games and the first Street Fighter, but it was with Street Fighter II that the game changed. It came out and suddenly Capcom was the game to beat. Technos was left in the dust.

Looking back at the games the company had been making in their series, you get the feeling that Technos was already floundering by the time Street Fighter II came along. They had a formula to their games and, fun as those games could be, there didn't seem to be much evolution. You had another brawler, another sports game, another cross-over battle-sports game. They were all enjoyable in bursts but they didn't keep you hooked the way Capcom's titles managed. It was time for Technos to compete, to show how they could do a fighting game as one of the original kings of the market. Thus they put out Nekketsu Fighting Legend, the first fighting game in the series. The results, though, were mixed at best.

Several things work against Fighting Legend right from the word go. To start, it was an NES game released in the twilight of that console. Sure, it had that distinctive chibi look that the Kunio-kun games perfected on the NES, but when you compared it to the big, chunky graphics of Street Fighter II (which was out on the SNES six months before this game came out), this effort from Technos felt positively quaint. It didn't look bad for an NES game, but it lacked the ambition needed to battle (pun intended) against Capcom's mighty opus.

On top of that, the game feels a tad lazy. This was clearly built on the same, aging engine that had powered most of the NES Kunio-kun games from River City Ransom. Now, make no mistake, this was a very capable engine that certainly handled its action well. But by building their game in this engine (which was likely a cost-saving measure) it does limit just the feel and style of the game-play. Basically, if you've played any of the Kunio-kun games which feature any amount of fighting in them (which is, *checks notes*, all of them), then you've already seen the basic mechanics of this game. 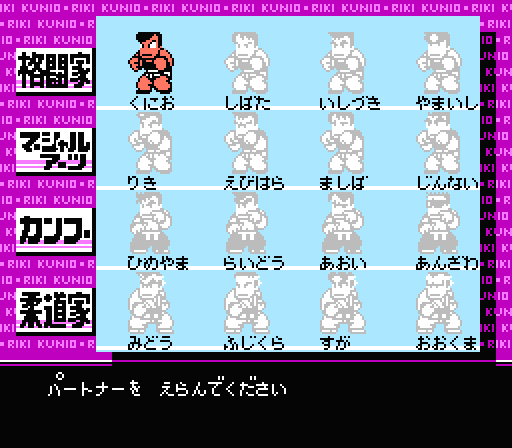 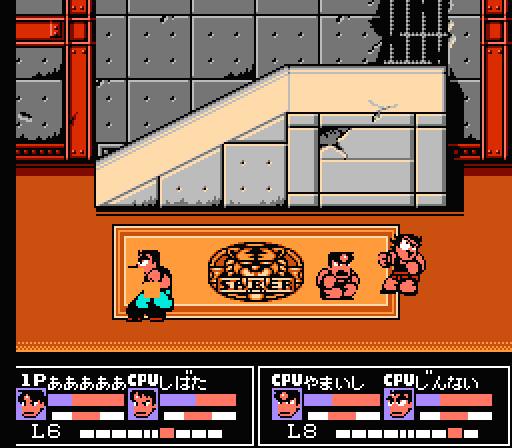 In the game, our perennial "hero", Kunio, is invited to an all-high all-male fighting tournament. Immediately rushing to join the tourney (with his friend Riki tagging along), Kunio enters to represent Nekketsu High. There he battles against many other fighters in two-on-two fights, working his way up through the tournament until he notched enough wins to take on the big dogs at the top of the heap, the Double Tiger Brothers, all so he could call himself the biggest bad-ass around (once again).

Considering the big dog that was sitting at the top of the fighting game genre, you can see how Technos was influenced by Capcom's Street Fighter II. Instead of a big, sprawling, brawling game, Fighting Legend focused on tighter arenas (about the size of a standard Street Fighter arena) with combatants beating the snot out of each other until one side was defeated. Win enough matches and you could take on the final boss and win the game. Pretty standard fighting genre mechanics.

The engine, though, forced Technos to deviate from the Street Fighter formula in a number of ways, though. To start, with such small characters on screen (a limitation of the engine as much as the NES), Technos realized they had to add more to the screen to make it feel "full". Thus we get complex (some would argue over-complex) arenas with multiple platforms and traps, along with two-on-two battling instead of the more standard one-on-one that Capcom was perfecting.

Don't get me wrong, I think the 2-on-2 is interesting, at least on paper. It can be fun at times to corner a guy and have you, and your partner, beat the crap out of him back and forth. Teamwork is really rewarded in this game, if you can get it to work, and the crunchy beat-em-up mechanics feel very solid. Problem is that the teamwork doesn't always make the dream work. You can damage your partner just as easily as your opponents can, so setting up a good back and forth combo can be hard. On top of that, the CPU A.I. for your partner can be dumb. You could setup a good move for them to capitalize on, only for them to ignore it entirely. This is a game that plays nicely with a second human player on your team but greatly suffers when you have to rely on the computer. 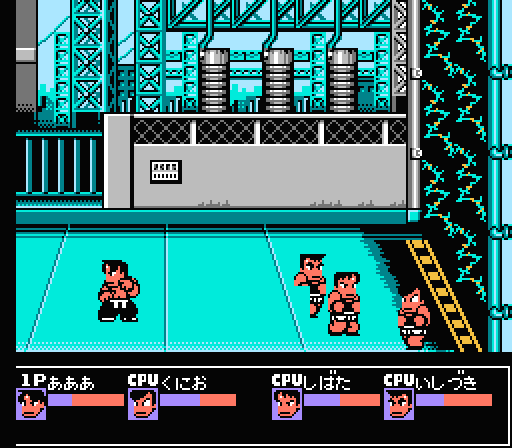 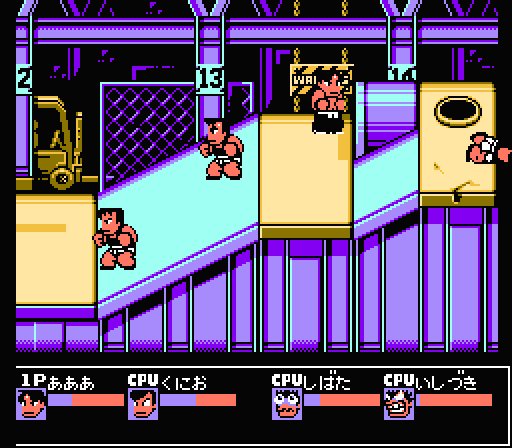 Beyond that, though, the game just can't net the kind of fighting mechanic depth of Street Fighter II. The NES only had two buttons to work with, and with a dedicated jump button (the A button) that meant all your attacks were tied to their own single button (the B button). Where the SNES had six-buttons to work with (to mirror the Arcade setup), and Capcom used flat arenas so that Up on the controller would make the characters jump, Techno's engine actively fights all of that. Everything you do is stuck on B and it feels very mashy as you try to battle through this game.

Sure, the characters do have special moves they can do (each of the 16 fighters has three special moves a piece), but those are mostly done via context. Double-tap dash and press B, jump and press B, land on an enemy and press B. It's honestly got a vibe closer to Super Smash Bros. in that regard, showing that Technos was actually on to something here, they were just a solid seven years (and two consoles) too early to really do the concept the justice it needed.

And, frankly, this game lacks the creative flourish of Super Smash Bros. or Street Fighter II. All the characters look the same, there's only seven arenas to battle in for most of the games overly long (two-ish hours, easy) play time, and you're quickly going to feel like you've seen and done everything the game has to offer in about fifteen minutes. The game lacks the dynamic qualities, the creativity, to really sell what it's trying to do. A next-gen engine, with a better controller, and larger graphics, could have gone a long way towards truly selling the charms of Nekketsu Fighting Legend. Had Technos been willing to put in the effort to make this game on a new engine on the SNES, this might have actually been a real Street Fighter challenger.

The issue with Nekketsu Fighting Legend isn't in its ideas it's in the execution. Technos was married to the way they did things and they struggled to get out of the very tight boxes they had built for themselves. Every sports game felt the same, every brawling game felt the same, and when they wanted to do something "new" they just mixed elements of sports and brawling to make a hybrid. In this case we have a combo of the brawling mechanics of old with a arena-based sports fighting game. It works for what it is but this wasn't going to be the big game seller Technos needed to break back into the fighter genre that had passed them by. 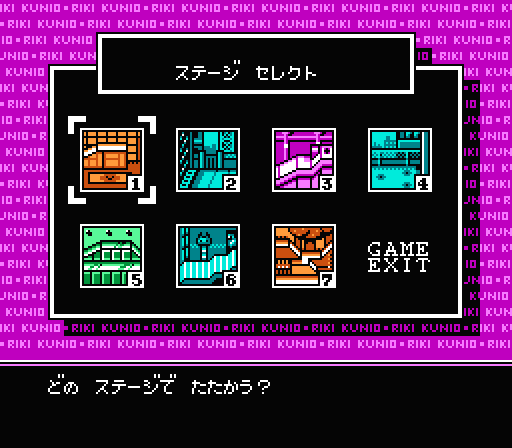 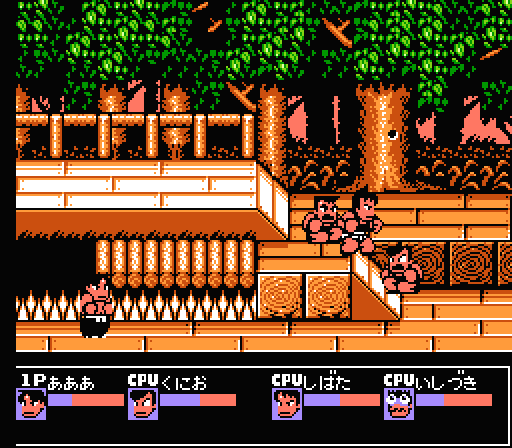 In the span of seven years Technos had cranked out eleven NES titles (to say nothing of the ports of those games to the Game Boy, or the original editions featured in Arcades), and all of them used the same engines to power them. Technos knew what they were doing on their tech, but by 1992 their tech was positively ancient. Fans were looking for something new and, despite great ideas in this modest little package, Nekketsu Fighting Legend feels to stale and stagnant. Fans were expecting more and bigger things in the fighting genre and Technos just couldn't get out of their own style to really explore all the new things companies like Capcom were doing. Despite some basic charms, this fighting game feels more like a last gasp for the franchise (that would shamble along as a zombie for a few more years) instead of the kick the series needed to really compete.