Kunio Lee and the Journey Across the Pond

When it comes to the Double Dragon series, and the whole of the Kunio-kunStarting as a fighting game befoe spinning out in sports titles (and other adventures) of all shapes and sizes, the Kunio-kun series is one of the most diverse, and hilarious, to ever grace both sides of the Pacific. there have been some strange entries. None, however, has quite the twisted release as Double Dragon II for the Game Boy or, more accurately, Nekketsu Koha Kunio-kun: Bangai Ranto Hen (translated as "Hot Blooded Tough Guy Kunio: The Further Brawls"). That's because the game was released in each respective franchise depending on if you played in the U.S. or back in Japan. 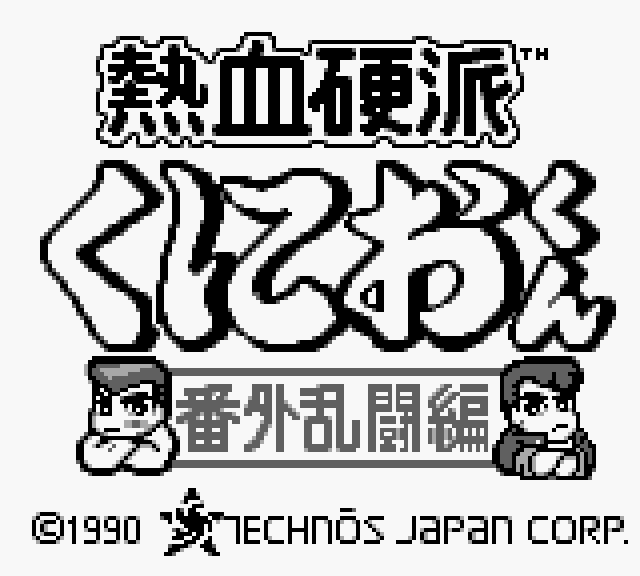 When first created, Hot Blooded Kunio (for short) was a series extension of the Kunio-kun series, finally bringing the a full-featured fighting game to the Game Boy. The Kunio series was mega popular in Japan but, as a character, Kunio wasn't well known in the West, largely because every single one of his games was localized in a different way over in the U.S. This led to most of the titles in the series moving over here, each under their own name. Meanwhile, the Dragon boys were super popular here, having a long-running and pretty successful series all under the name of Double Dragon. Although developer Technos had intended to bring the Game Boy title over here as "The Renegades" (linking it to the first game in the series and it's Western title), instead if was localized (and redrawn, and given a new soundtrack) as Double Dragon II.

Of the two titles, I think "The Renegades" is the more accurate descriptor. This game feels like a sequel to that first title, lacking much of the finesse (and fun) of later series entries. None of the shopping mechanics, or RPG fun, from River City Ransom (released a year earlier) made the cut here. And in comparison to the NES edition on Double Dragon II, this edition feels like a slog, sloggy version with none of the spice or style. Any way you slice it, Hot Blooded Kunio is a tired game.

The basic construction of Hot Blooded Kunio will seem familiar to anyone that played Double Dragon III or Super Double Dragon. Our hero (Kunio or Billy Lee) starts at the edge of town and fights their way across nine stages. Each stage has a basic belt-scroll construction with the heroes starting at the left and slowly walking their way to the right as they take out small waves of enemies. After a couple of so basic waves they then fight a minor boss. Then the stage ends. Lather, rinse, and repeat right up until the end of the game.

The basic mechanics of the game are decent enough, if not incredibly deep. Your guy can kick, or punch. Punch a few times and you can lock enemies into a grapple combo before throwing them. You can also perform a jump kick, a flying upper cut, and you can curb-stomp downed enemies. Frankly, the punch-combo followed by a curb-stomp was my go-to as it would kill ninety-percent of all basic enemies and was an easy way to handle and dispatch bosses as well. Again, not incredibly deep, and even a little tedious over the span of a 40 minute game, but serviceable. 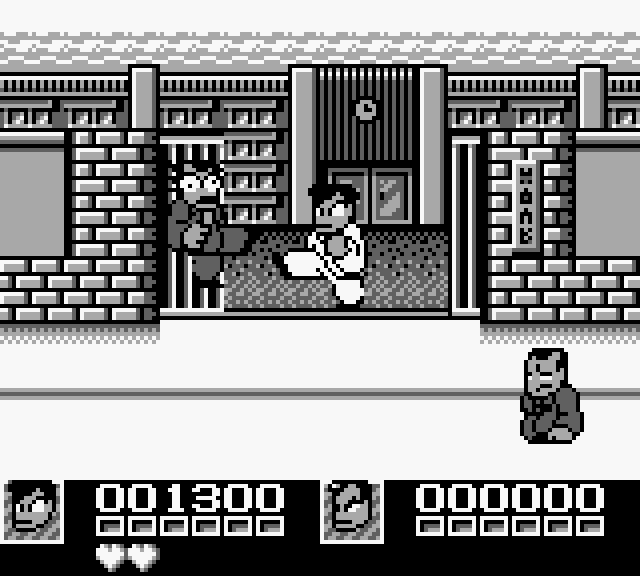 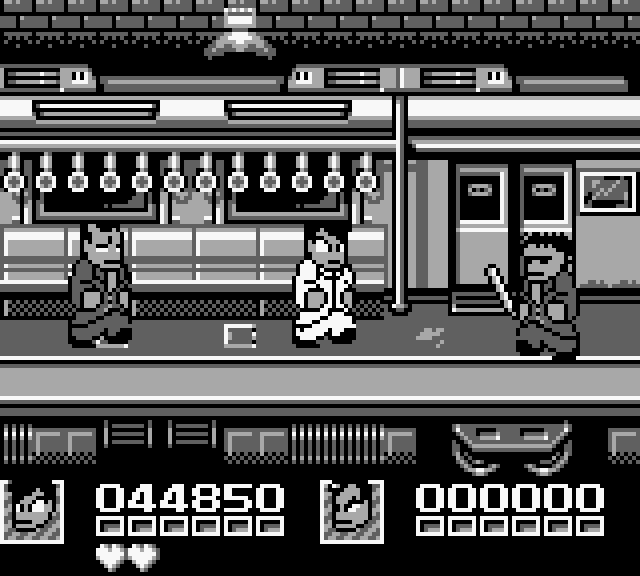 The big issue with the game is that it's not very creative. Having seen Double Dragon III from 1991, this game feels perfectly in line with that title (which, I guess, makes it a perfect Double Dragon II, back-handed compliment as that might be). That game was functional but kind of boring, and this game feels the same way, if not even a little worse. It's very repetitive in its setup and only finally shows any creativity in the last five minutes.

Whether you play the U.S. or Japanese version, the game has a very rigid flow: you start on the street then head into the subway, fight guys on the platform before riding the train (and fighting guys), then have another brawl on the platform before leaving the station. Then you do that all again, with the same exactly structure. Only then do you get to the tower which has it's own rigid structure, battling guys on a floor before a fight on an elevator, then another floor, then another elevator. Finally there's a boss rush and then the final boss, who is the only truly challenging fight in the game. The game does pick up in the last few minutes but that doesn't redeem the whole game.

Worse, there are basic features of the series (either series) that are missing here. Most notably is the lack of any weapons for the heroes the use. The enemies wander around with weapons like bats, pipes, and whips, but when they die they take the weapons with them. Never once do you get a chance to use a weapon and even the playing field, and weapons are absolutely a basic feature of this mega-franchise. Also missing is any kind of platforming, another expected feature from both River City and Double Dragon. This is a basic belt fighter, through and through.

I will note that graphically I don't think one version of the game is better than the other. While I actually like the look of the Kunio-kun games and their big, dumb, chunky characters, the redrawn Double Dragon II graphics acquit themselves well. The style doesn't match the NES Dragon games, instead doing its own thing, but fundamentally it's fine. I would rather play the U.S. version here just because when I punch guys as Kunio I expect them to say things like "BARF!" and the fact that no one says anything when they died makes m feel like I'm missing something key to the experience. I don't have that expectation with the Lee boys so I don't feel as disappointed.

But make no mistake, this is a disappointing game. There's nothing fundamentally bad about the game, but there's nothing good about it either. Technos defined the genre with their Kunio-kun and Double Dragon released, but you can already feel them getting bored with basic brawling games here. To see the masters of the craft put out something this disposable is the real tragedy of Hot Blooded Kunio (or whatever you want to call it).