Second Trek, the Trek Through the Stars

After the slow, plodding train wreck that was Stat Trek: The Motion Picture, it was nice to be able to sit down with some Trek and just enjoy the ride. Whatever problems I have with Star Trek II: The Wrath of Kahn, they don't detract fro an over-all very enjoyable movie and one of the best of the Trek films. 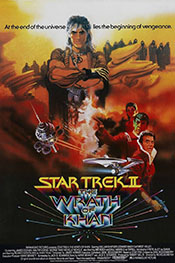 In the film, the U.S.S. Reliant is doing a search through space, looking for a planet completely devoid of all life (no matter how microscopic or "pre-animate") it might be. Their search takes them to Ceti Alpha VI, a back-water orb that seemingly has no life signs on it at all, well, except for a faint blip that might have been a sensor misreading. When the Captain and his first mate, our dear Chekov, head down to the planet though, they find an old ship, the Botany Bay. Chekov freaks out (which, well, we discuss in the notes why that's silly), and soon enough Chekov's fears prove founded: the two officers are attacked by Kahn and his men.

As we soon learn, the planet the crew beamed down to is not Ceti Alpha VI but Ceti Alpha V, the same one Kahn and his men were dropped at 15 years earlier. Six months after their arrival, though, Ceti Alpha VI exploded, ruining the environment of planet five and knocking it into a different orbit. Kahn blames Kirk for this, as Kirk was the commander that dropped him on the soon-to-be hell-hole planet. So Kahn wants his revenge. Lucky for him, Admiral Kirk has a ship with a trainee crew out in space, and there's this magical device called "Genesis" that Kahn wants to get his hands on to exact as painful a punishment on Kirk as he can.

What I like about The Wrath of Kahn is that it's a very propulsive movie. Even viewing the longer Director's Cut of the film (which, near as I can tell, is the only version of the film sold at this point), the pace of the movie is still fleet. We gets ships in space almost from the get go, with none of this 35 minutes of buildup that the previous film suffered from. And then, once the Enterprise (with her young crew) comes across the Reliant (with Kahn and his crew of supermen), the film basically becomes one long action piece. Ships fire on each other, dangers lurk around every corner, and there are plenty of battles to be had and explosions to watch. I wouldn't say the film is one long action set-piece, not in the same was as Fury Road is, for example, but it's the closest Trek has ever come. 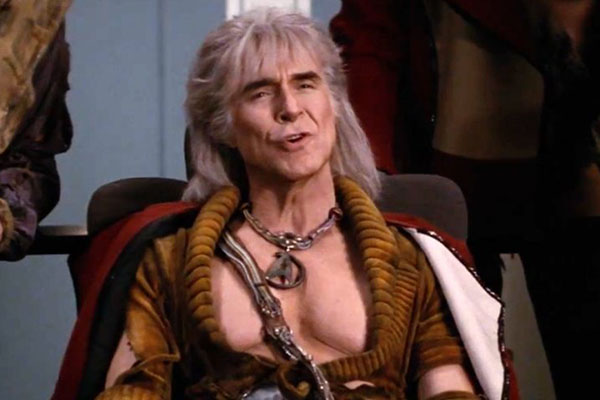 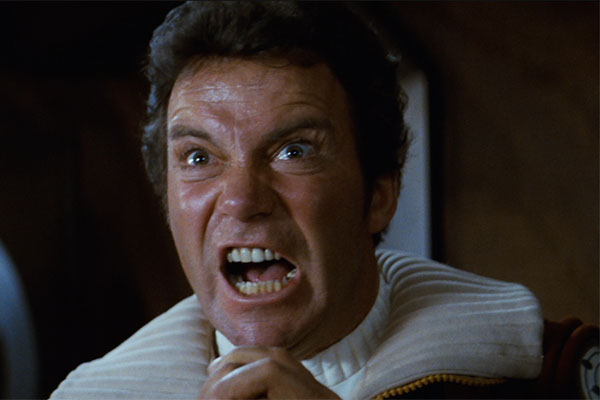 Of course, let's also not downplay the great dynamic between Kahn and Kirk. Both Shatner and Maltobon are in their characters, playing men obsessed with defeating the other. Knowing what we do from The Original Series episode "Space Seed", Kahn is still smarting from being defeated by Kirk, the only man to best him. Having not only lost, but then been forgotten as well, is a blow to Khan's ego he cannot forgive. Meanwhile, Kirk is Kirk. He's a cheater who has never had to face death and that's his best quality. To come so close to defeat at the hands of Kahn, and to watch people around him dying left and right, Kirk knows he has to win, but, really, he's also obsessed with it. Each man is the other's White Whale, effectively, and the movie only gets to end when one of the two of them are dead.

What we get, then, is a great story of back and forth deception as each man tries to get the best of the other. Of course, Kahn loses the day (spoiler for a 36 year old movie), but the implication is that he loses because Kirk is the better captain. Kirk has a crew he trusts and loves and he listens to their ideas, taking their advice to win the day. Contrast that with Kahn who repeatedly countermands his second-in-command, ignoring all their advice as he constantly charges into battle with his arch-nemesis and, every time, somehow getting bested. Kahn holds himself up as the superior being (a title he repeatedly claims in "Space Seed" as well as in this movie), but the movie shows that the truly superior thing is listening to the advice of those around you and working as a real team.

While the meat of the movie is great, I do have issues reconciling the Kahn we see in the movie with the one from the original episode. Don't get me wrong, I fully realize that this Kahn has been on a planet for 15 years, driven all but mad with his hopes for revenge. That should color his decisions, sure, but it shouldn't take away from his intelligence. Remember, in the original episode Kahn has only a brief window of time to learn about 23rd century technology and yet he learned more than enough to easily take over the Enterprise. In Wrath, though, Kahn is constantly bested by Kirk because he doesn't seem to understand the technology, nor the strategy, around him. As Spock alludes to, he may have intelligence but he doesn't really seem to be using it.

Couple this with the fact that sometimes Kahn doesn't even seem all that smart. There's a great moment halfway into the film where it's revealed that Kirk and Spock have been communicating, over an open channel, via coded phrases. The first time you watch the film this is a great moment as you realize the two heroes pulled a number on the villain and used it to get ahead. Go team! But then, going back, you notice that their code really wasn't all that impressive (with Spock literally spelling it out at the beginning of the conversation) and you have to wonder how a superior being with a huge intellect couldn't easily see right through it. 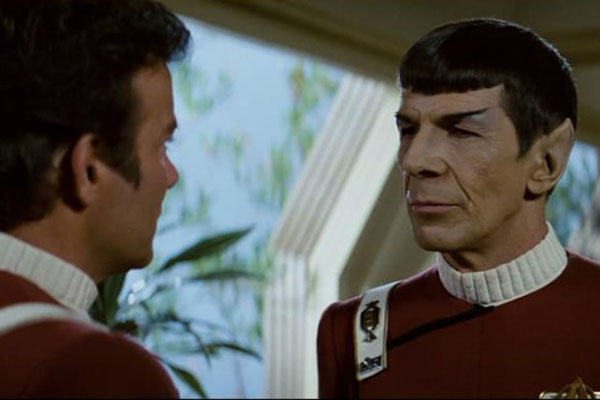 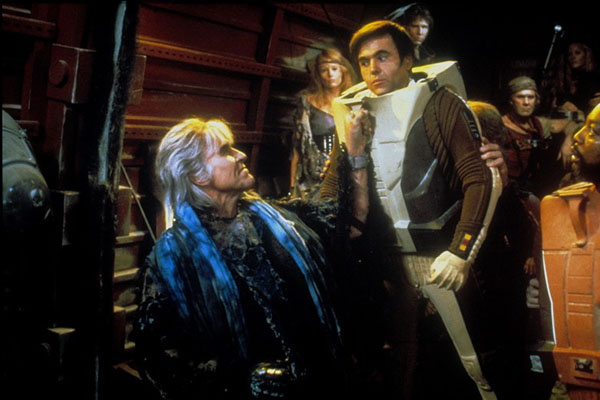 And yet, these are really issues you only notice if you watch the episode and the film back-to-back. When the film was originally released not that many people had the ability to do just that. You were at the mercy of when TV episodes were aired, if you had Star Trek in syndication near you at that. If you were smart, and lucky, and remembered to record the episode on VHS, maybe you could have watched the two of them together, but that seemed unlikely. So I don't know how much stock I should put into character variances between the two.

Sure, in the past I've harped on the fact that Wrath of Kahn is fairly plot-light, and yes, it is. This doesn't have a dense story to tell about man and science and the great beyond. Maybe I'm a little numbed after The Motion Picture which had all those grand ideals and was also, you know, horribly boring. The fact that Star Trek II: The Wrath of Kahn had a lean, simpler story isn't such a bad thing. There's a time and a place for grand stories of the human condition, especially in Trek, but there's also a time for two ships to shoot at each other until one of the blows up good. Star Trek II gave us the latter in a very satisfying way. It's not hard to see, from that context, why so many people hold this up as the best film the franchise has ever produced.