Can't We All Just Get Along?

Of the classic Trek movies, this one is easily my favorite. While I can certainly understand why people love Wrath of Kahn, and I do think it's a great movie, for my money Star Trek VI: The Undiscovered Country would always win out in a comparison between the two. I recognize I'm in the minority on that opinion, and that there are fans that really don't like this movie as much. Going back and watching the film this time, I tried to see what it was specifically about the film I really liked and, maybe, find areas where I could see why other fans wouldn't like it as much. 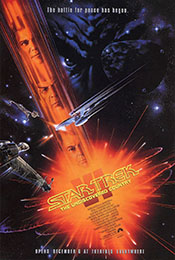 While flying through space, having just finished her own three year mission studying gaseous anomalies, the Excelsior (under the command of Captain Sulu) is hit by a huge energy wave. Once the dust settles, the crew figures out that the energy wave came from Praxis, the primary mining moon of the Klingon Empire, which essentially has blown itself in half.

We cut forward two months to a meeting of Starfleet command. Our favorite crew from the Enterprise is included in this meeting where they are informed that they will be traveling to the Neutral Zone to escort a Klingon Ambassadorial ship back to Earth for peace treaty negotiations. However, after the two ships meet up (and the crews have a very awkward dinner together), the Enterprise seemingly fires on the Klingon ship. Worse, two crewmen from the Enterprise beam over to the Klingons and, while that ship is in disarray from the unprovoked attack, they assassinate the ambassador. Kirk and McCoy beam over to find out what happened but are soon arrested for the assassination. It's up to the rest of the Enterprise crew to figure out the mystery and save their captain and doctor, as well as save the peace process.

Because of the kind of story The Undiscovered Country is trying to tell (one obviously influenced by events in Next Gen where the Federation and the Klingons are already at peace), the scope of the movie is very different from the other films that came before. There's no mystical threat, no easy villain to fight. It's Star Trek in the vein of a political thriller bit a bit of murder mystery thrown in (or, as my wife put it, a rousing game of Star Trek Clue). This is one of the things I really enjoy about the movie, the intrigue and the mystery that shrouds so much of the plot. With no clear cut answers, and no easy villain to blame, the movie tells a different, more complex story.

That's not to say every aspect of the story works perfectly. As originally intended, one of the co-conspirators in the plot to end the peace negotiations would have been Saavik, the Vulcan officer (played by Kirstie Alley and then Robin Curtis) from movies two through four. Gene Roddenberry, series creator, balked at the idea, stating that Saavik was a beloved character and he didn't like to idea of turning her into a villain. Plus, the part was recast for Kim Cattrall and the actress didn't want to be the third actress to play that role. For those reasons the part was changed into a different Vulcan officer, Valeris, a new protege under Spock's tutelage. 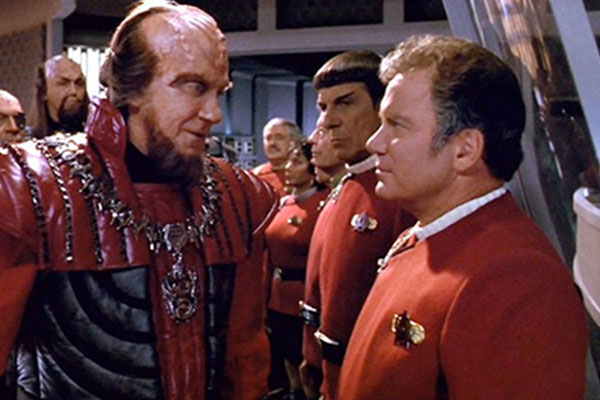 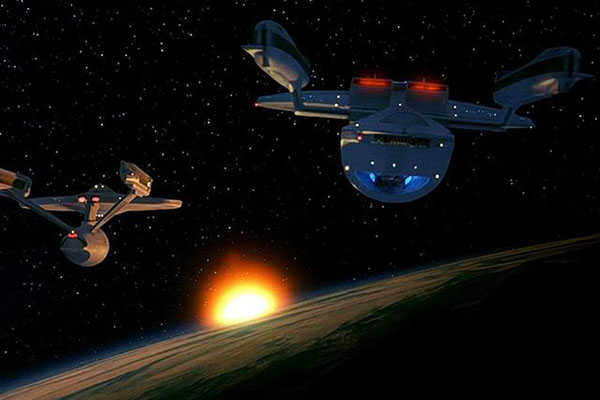 While I can certainly understand the reasoning for this change, the role as written in the movie implies a certain amount of past history and emotional connection (even for Vulcans) between Spock and his protege. If the character had been Saavik, much of that past history would already be understood and her eventual betrayal would have been a strong gut punch. While Cattrall plays the Valeris character well, and she certainly is able to invest the Vulcan officer and depth and a soul, the lack of formal, on-screen history weakens her eventual betrayal. Essentially, as the new lead character of a film, we start off suspecting her as part of the conspiracy because that's how these kinds of parts go in mysteries. "Who's the famous person in a new role? They're the killer."

I also won't deny that the very end of the movie wraps up just a little too neatly. Sure, my 10 year old self didn't notice, but now, 26 years after the film came out, I can watch it with a critical eye and go, "hey, you know what, these people should have been arrested again, not cheered, when the whole plot was exposed. At the very least they need to be detained until the dust settles while high command sorts out what seems like quite the intergalactic incident." It's all just a little too tidy so that we can give the crew a happy send-off.

On the flip side, the film gets so much right. For starters, by having Kirk and McCoy get captured and put on trial (and, eventually, sent to prison) early in the film, it breaks up the natural dynamic of every Trek production, namely that of the Kirk-Spock-McCoy triumvirate. Without Kirk or Bones onboard the Enterprise, the rest of the crew gets to step up and shine. This grants expanded parts for every other major member of the cast, with more screen time granted to Scotty, Uhura, and Chekov. Hell, even Sulu get a fair bit of screen time and he's on a completely different ship. 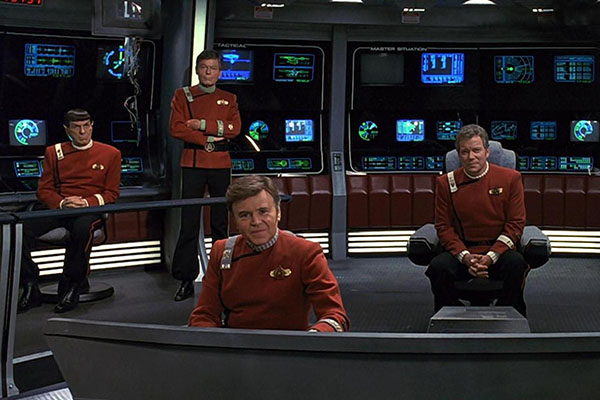 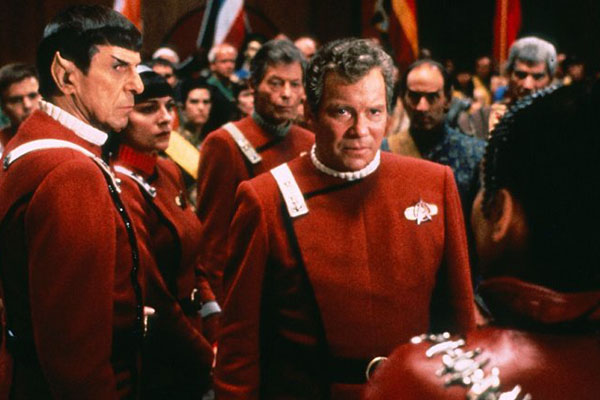 Let's also not downplay the fact that the movie show how messy politics can be. It's refreshing to see the Federation as something other than a perfect organization always looking to preserve life. The fact that some officers (even some in the high command) could give in to fear of the unknown, to try and assassinate political members of another Empire, underlines the fact that these are actual human beings. Maybe it doesn't perfectly align with the Roddenberry sensibilities, that expectation that somehow humans will eventually create a perfect utopia, but it's also way more realistic. It adds a bit of nuance, some needed shades of grey, to the Trek universe.

Not everything is has to be black or white, but by the same token the Federation doesn't need to be mired in the darkness constantly (you know, unlike how it's depicted in Discovery). The officers in the Federation should be fallible, should sometimes be less than their perfect selves. Star Trek VI succeeds in giving us that version of Starfleet while, at the same time, giving us a ripping political thriller. Even if it's not perfect, it's pretty darn great.