...And the One with the Whales

Although considered a classic of Star Trek, one of the good ones of the long and storied series, I've known a few people that weren't fans of Star Trek IV: The Voyage Home. Derided by those as "just that one with the whales", they felt the movie was too cute, not Trek enough. I will cop to watching the movie a number of times when I was younger, but I really wanted to go in this time to see if the complaints about the movie were grounded. Was Star Trek IV actually Trek? 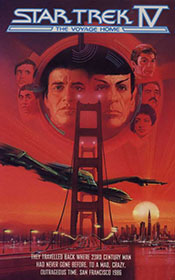 Opening on Vulcan, a little while after the end of Star Trek III (Paramount considers this the last film of a "trilogy" of Trek films, an interconnected story that began with Wrath of Kahn), we find the officers of the Enterprise heading back to Earth on their captured Klingon warbird to face the court martials they know are coming. On the way back, though, they find the Earth broadcasting an all-channels distress signal. An alien probe has wandered into Terran space and the signals the probe are sending out render all power sources useless.

Investigating the probe's signals, which are directed at Earth's oceans, Uhura and Spock establish that the signals replicate the sound of whale song. Specifically humpback whales. Whatever the probe is attempting to communicate, there can be no response as humpbacks went extinct in the 21st century. Clearly, then, the crew has to travel back in time to before the whales went extinct (the 1980s, when the film was made), find a couple of humpbacks, and then bring them back to the future so that the whales can communicate with the probe (and, long term, repopulate the species).

As far as basic plotting, Voyage Home fits nicely into the cannon of having the Enterprise crew, for one reason or another, jump back in time to fix some disturbance. We covered two episodes about this exact topic in The Original Series ("City on the Edge of Forever") and The Animated Series ("Yesteryear"), so this film certainly feels of a piece. Sure, the physics of time-travel in the series has always been a little wonky, but if you can get your brain over that hump, the rest of the film gels together pretty well.

Credit is deserved for making this one of the most balanced of Trek stories when it comes to working the whole crew into the piece. As great as the film is, Wrath of Kahn is essentially all about Kirk and Spock. Hell, Saavik is a new character and she gets more screen time than Uhura or Sulu. And while Search for Spock had more for the crew to do, Kirk still becomes the main player (and poor Uhura disappears for much of the mid-film). In Voyage Home, though, the story neatly divides up the crew and gives them each their own mission, allowing them all times to shine. It's great being able to chuckle along at the antics of Scotty and Bones, or enjoy the moments for Sulu exploring an old helicopter, or worry about Chekov when he gets captured by the U.S. Navy. This film is a group effort, fixing one of the major issues with the previous films. 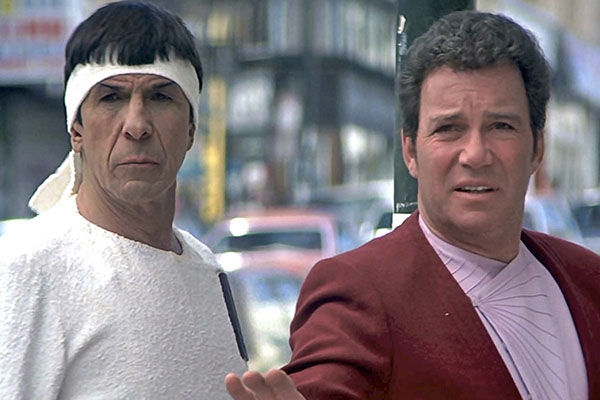 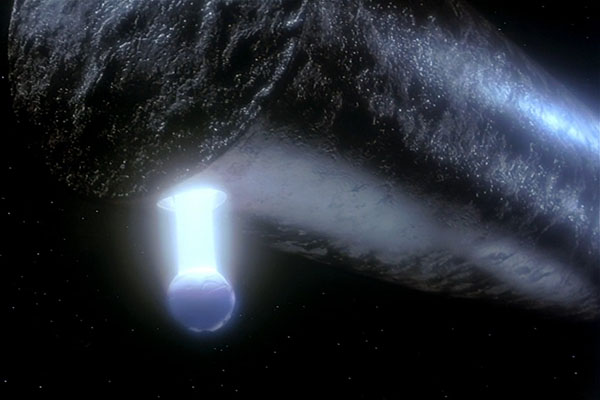 That said, Kirk and Spock are still big portions of the movie. They get the A-plot, that of finding and collecting a pair of whales. To that end they eventually enlist the aid of marine biologist Dr. Gillian Taylor (Catherine Hicks) who has two humpback whales in captivity. This plotline provided plenty of time for the two characters to hangout, be humorous, and bounce their fish-out-of-water dynamic off the 1980s Earther. Of course, Kirk being Kirk (lover of so many ladies in the original series one has to wonder how many STDs he has), he ends up having a bit of a romance with Taylor. Watching the film now, this is probably the weakest part of the film as making her a love interest doesn't really add anything to her character's story. Sure, she and Kirk have good chemistry, but by the end of the film they've gone their separate ways, showing that even the film felt the two didn't really need to be together.

Even with this flaw, though, the story is pretty solid throughout. It's aided in no small part by the fact that the actors are clearly enjoying what they're doing, having a blast playing their characters and hanging out with each other. You get the vibe from the cast that they're all old friends on an adventure, loving every minute of their time. Despite the stakes for their future, there's just a lot of joy on display for the cast. It gives the film an endearing quality, the closest the series could probably come to being a fun, hang-out style flick. You like being with these characters as they wander around, getting into trouble, having fun the whole time while they do it.

Sure, yes, the film does have an environmental message. And yes, it does hit the viewer over the head once or twice. That's not to say the message isn't good -- should we really be killing of these giant, gentle creatures? We still haven't really learned how to take care of this planet even 30 years after this film was released, and while the message of the film is very 1980s -- save the whales -- it can still resonate now: save these creatures, but also save ourselves. Trek always did like having a message for its viewers, and it wasn't always subtle about it, so while the film may wield the whales like a cudgel to our heads once in a while, that's still in the spirit of Trek. 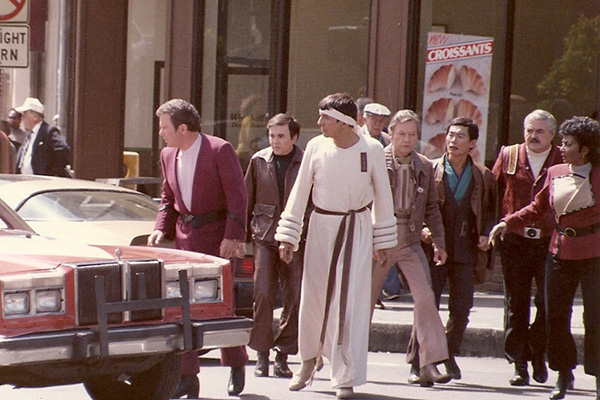 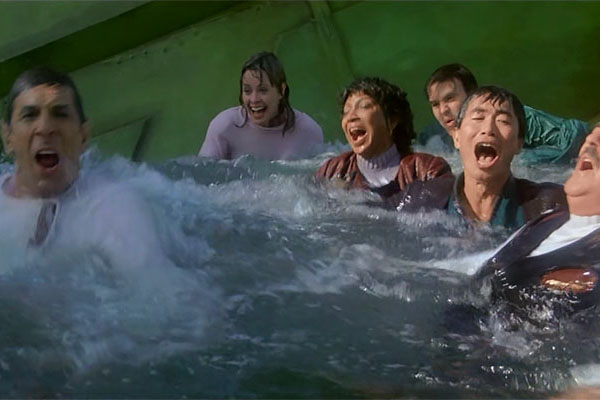 So no, I don't feel like the derision towards Star Trek IV: The Voyage Home is earned. It certainly does feel like a classic Trek story, one that could have perfectly fit into The Original Series with only a little tweaking. It does a good job of working in all its cast, getting through the story, sending a message, and being a fun romp the entire time. It's Trek through and through, and also a great movie.