A Captain Is a Terrible Thing to Waste

I have watched a lot of Star TrekOriginally conceived as "Wagon Train in Space", Star Trek was released during the height of the Hollywood Western film and TV boom. While the concept CBS originally asked for had a western vibe, it was the smart, intellectual stories set in a future utopia of science and exploration that proved vital to the series' long impact on popular culture. for this website. I will admit to a certain amount of affection for the series (more so than I can ever muster for Star WarsThe modern blockbuster: it's a concept so commonplace now we don't even think about the fact that before the end of the 1970s, this kind of movie -- huge spectacles, big action, massive budgets -- wasn't really made. That all changed, though, with Star Wars, a series of films that were big on spectacle (and even bigger on profits). A hero's journey set against a sci-fi backdrop, nothing like this series had ever really been done before, and then Hollywood was never the same., frankly), and even the productions I didn't much care for (Voyager, Nemesis, Into Darkness) I still try to find something nice to say about them (while ripping them apart, as is my way). I love this franchise and I want it to do well. 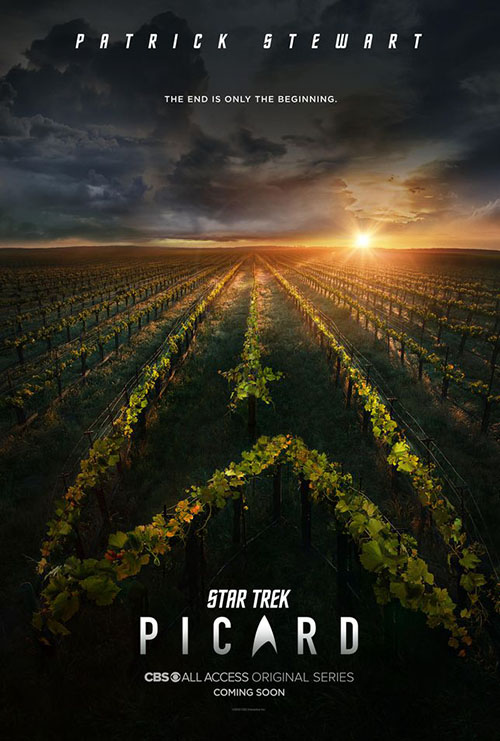 Despite all that, the newest series added to the canon, Star Trek: Picard, makes it very hard to say anything nice about the series. It tries, oh it tries, but at the end of the day (and the end of the season) it's hard to understand what the producers were going for and why CBS thought this show was a good idea. Star Trek: Picard is a mess, a boondoggle of epic proportions, one that continues that "Next Gen" curse illustrating that anything involving the original characters from The Next Generation will never be able to rise up the heights that series achieved (or, for the most part, even be watchable to any degree).

The show starts off decently enough, with retired Admiral Jean-Luc Picard (a returning Patrick Stewart), resting at his home, comfortable enough but upset with the turn the Federation has taken. After the destruction of Romulus (as seen in flashbacks -- or would that be flash forwards because of time travel -- in Star Trek 2009), Picard led the Federation relief efforts. But when the androids that were aiding the effort turned on their masters and blew up Mars, the Federation became an isolationist state and turned their backs on the Romulans... and everyone else. Picard left the Federation because of it.

But then a girl shows up on his door step. A girl named Dahj (Isa Briones) who, as it turns out, is an android. One of the most sophisticated androids, in fact, since Commander Data (Brent Spiner, who shows up in flashbacks and dream sequences). Unfortunately Picard can help this girl she's killed, right before his eyes, but a Romulan infiltration team. As it turns out, thought, there's a second android -- as the foremost expert on A.I., Dr. Agnes Jurati (Alison Pill) tells Picard, droids are always built in pairs -- so Picard has to put together a team, find a ship, and get to the other android, Soji (also played by Isa Briones) and save her from the Romulans that could be after her... and all the rest of her kind. Soji, it should be noted, works on an abandoned Borg cube, deep in Romulan space, so this is a mission that could bring any number of horrors to Picard and his team.

From the start Picard seems designed to answer two questions: one, what happened to Data after he gave his life at the end of Nemesis and, two, what's been going on with the Romulans after this world was destroyed in Trek '09. Either of these ideas alone could be the basis for at least a solid season of television (and not just the ten episodes Picard is given but a full 22-episode season). Instead, this season elects to cram both storylines in together, packed tight into a short run of episodes, and then spend half the season faffing about not directly addressing the plot of the show. 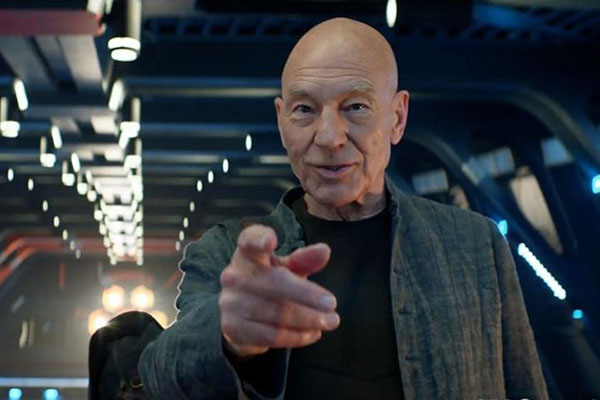 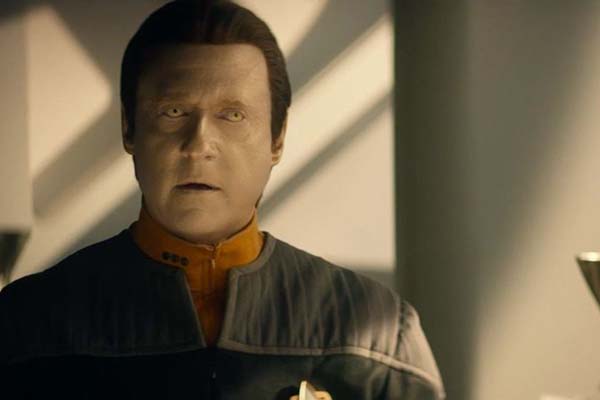 And I get it, there's a new status quo to establish. We first have to find out where Picard is at, why he left Starfleet, what the Federation has turned it's back on the galaxy, and why research into androids has been forbidden in the Federation. That's all perfectly logical and makes for a decent progression through the first three episodes of the show. If anything, the first three episodes are the strongest of the run, detailed in its plot but logical in its path and scope. It also, for a while, makes for the first Trek story to not take place in space and I rather enjoyed it, all things considered.

It's when the show actually gets into the space, becomes a proper Star Trek, though, that it loses its focus (and it's energy). The show has a lot of pieces it tries to balance all at once -- a secret Romulan organization bent against the proliferation of artificial intelligence, an abandoned Borg cube, a world populated with Data-like droids -- and the only way it can think to tie it all together is to literally make everyone in the show someone related to everyone else. The Romulan agents are, (a) bedding Soji (that would be brother Narek, Harry Treadaway), secretly a double-agent in the Federation (sister Narissa, Peyton List), and (c) adopted children of a woman you then was turned into a Borg and now is freed and living on the cube. The captain leading Picard's expedition, Chris Rios (Santiago Cabrera), once met one of the androids way back (without even knowing it), and that droid also looked like Dahj/Soji. Oh, and there's every another Soong (who looks just like Data), in charge of the android world.

Coincidence after coincidence keep lining up as if to say, "everyone in the galaxy knows everyone else and, obviously, it's fate drawing them altogether." Except it's not fate but lazy writing. The fact that everyone knows each other doesn't make for a satisfying way to connect everyone, it just seems like the writers didn't trust the characters to be able to have duty and honor to follow their convictions without a personal connection to everything going on. Characters can have morals or guiding principals because, for some reason, no one would believe that, I guess?

But then, the show seems fine with abandoning everything that made Stat Trek into the universe we know, and that includes morals and guiding principals. The Federation, as depicted in every previous work, is not the kind of organization to become an isolationist state. Sure, maybe an attack on Mars, right in Earth's back yard, would cause the people of Earth to be more isolationist, but there's a whole collective of planets out there that don't give a rats ass if one barely populated planet was blown up by A.I. Hell, the Vulcans should have said, "we understand you are having an emotional reaction to this terrible event, but logic dictates that we must uphold the laws of the Federation, no matter what." Where is that voice of reason? Where is the utopia? 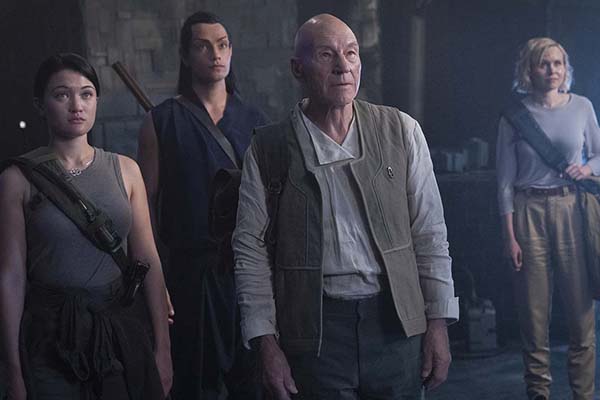 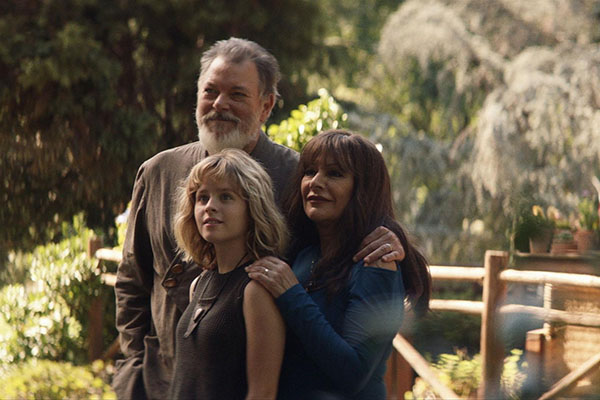 Maybe the Federation on this show resembles the current politics of our world circa 2020 AD, but that's never been the point of Trek -- when it shines a mirror up to our world it does it to say, "we can be better, and here's how." The future utopia of Trek shouldn't look like us now; that abandons the whole point of the series. If you're going to do that, what the hell of the point of any of it?

Picard, too, seems like a different character from the one we knew back on Next Gen. Gone is the captain who could look through all the bullshit around him and find a way to act in the best interests of the Federation, to not just give a rousing speech and lead his people but to simply know the power of the ideas of the Federation and give an order that everyone understands. This show is constantly debating with itself, and Picard is the illustration of this -- conflicted, uneasy, not the man we knew. This Picard is prone to speeches, to trying to justify himself and what he's planning. He's not the man he was, and that's not just a raw deal or old age -- he feels like a completely different character now and, frankly, not Picard.

The best episode of the run is "Nepenthe" where Picard, now paired up with Soji, escape the Romulans and end up on Nepenthe, the settler planet where Riker and Troi (married, with kids) ended up. This episode, due to the actors all being together, finally find the right energy, the right story to tell. It feels not just like Next Gen but like proper Trek. It shows the series Picard could be if it just found the right story to tell. And then it screws it all up, ventures away from this planet, and starts trying to wrap up its story (two stories, really, that probably needed 44 episodes to tell properly), in just three episodes. It's clear why all these corners were cut, why the show rebooted so much of the Federation to fit it's brief storyline: to do anything else would have required more time, more explanation, and a better plan than what the producers came up with.

The series ends (after a fake-out death of a main character) with everyone on the ship once more, ready to venture out on some new quest, some new story unrelated to everything else we just watched. We supposed to feel affection for everyone in the cast and enjoy the fact that they're finally together as a crew. I don't feel that at all. Hell, I never even mentioned most of the cast of the show in this review because, frankly, none of them made any real impression on me. The best characters in the series are Riker (Jonathan Frakes) and Troi (Marina Sirtis), and they only show up for one episode. Not even Picard is worth watching here and its his damn show. That's... just sad, really. 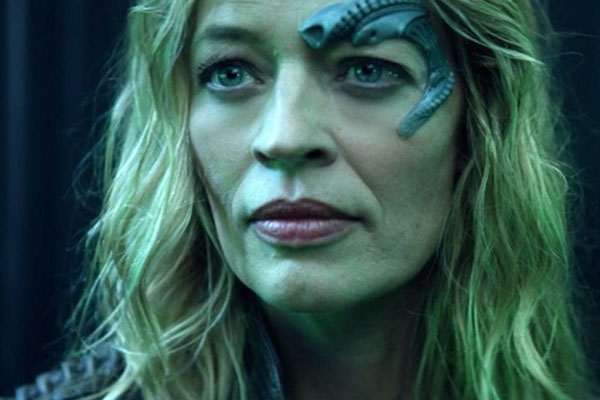 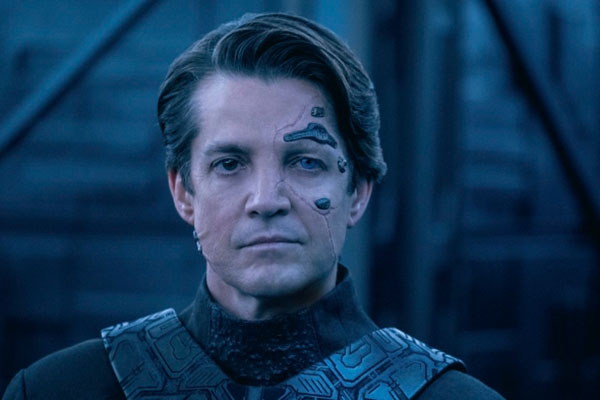 The season ends with the promise of new adventures to come, which may be great for anyone that actually enjoyed these ten episodes. I did not. It's hard for me to care about what we saw, to want to spend more time with anyone in this crew. This short, serialized season was a misfire, start to finish, and the best thing I can say about it is that its over. If we don't have to revisit that planet of androids or care about the secret Romulan plot ever again I will be eternally happy. The best thing we can do is pretend none of this ever occurred and all move on with our lives.

The only glimmer of hope I have is that after the first season of Discovery came out the series recalibrated and found a new, more engaging way to tell its stories. It found a different plot worth following and it became a much better series overall. If Picard can perform that same feat maybe, just maybe, its second season can actually be worth watching. Right now, though, that seems like a pretty big ask from this stupid little show.