The Crew Behind the Crew

The Star TrekOriginally conceived as "Wagon Train in Space", Star Trek was released during the height of the Hollywood Western film and TV boom. While the concept CBS originally asked for had a western vibe, it was the smart, intellectual stories set in a future utopia of science and exploration that proved vital to the series' long impact on popular culture. has classically shied away from animated shows. That's because the first foray into animated product, 1973's The Animated Series, was bad enough that franchise creator Gene Roddenberry asked to have it excised from official continuity upon his death. It's really that bad (as you can see if you check out my five episode review of the run). Since then, Star Trek has remained a live-action series, using computer animation only as a means to sell the reality of the live characters. 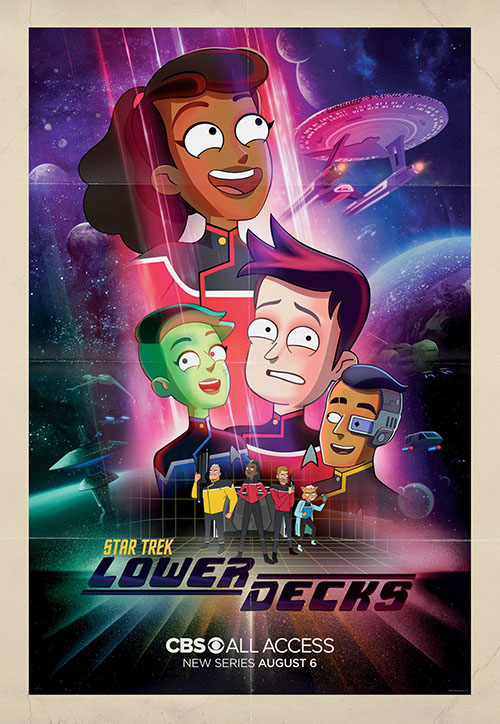 However, with the current boom of programming on CBS All Access (soon to be renamed into CBS+ or Paramount+ or something), Star Trek TV has seen a resurgence, with three new shows all coming out within a year of each other: Discovery, Picard, and now Lower Decks. That last series, and the subject of this review, is the newest, and only second ever, animated Star Trek show ever produced. And, unlike the previous animated effort, it doesn't suck. Not in the least.

Taking place on the U.S.S. Cerritos, Lower Decks follows the misadventures of four ensigns: Beckett Mariner (Tawny Newsome), bad-ass officer who doesn't give a crap about the rules of the Federation (having been demoted down from Lieutenant at least once already because of it); Brad Boimler (Jack Quaid), a strict and by-the-rules guy who's also a total weenie; D'Vana Tendi (Noel Wells), a Orion medical/science officer; and Sam Rutherford (Eugene Cordero), human engineer with a cybernetic implant. These four work in the underbelly of the ship, doing the jobs the bridge officers don't do, and most just hang out, get into trouble, and show us adventures from a different perspective.

One thing to note about Lower Decks is that, unlike Discovery and Picard, this series is entirely episodic. While there are minor character arcs throughout the season, there's no solid, single storyline that you have to view, episode-to-episode, to keep up. This show keeps it light and breeze, actually working much more like the older shows, and honestly its better for it. You might get an adventure on an alien planet one week, then a holodeck excursion the next, and the show lightly flits from one to the next without ever worrying about what the next episode will have to focus on. It's pure, episodic content and its great.

But then, part of the charm of the show is that it's not a classic Star Trek in most respects. While the other shows are action-dramas that occasionally had comedy interspersed, this series is heavy on the comedy, acting like an animated sitcom, while only occasionally throwing in little bits of drama to push the characters forward. It does create a different tone for the show, something unlike anything Star Trek fans have classically seen in their franchise. Not that this should be that weird for Trekkies as they have both Galaxy Quest and The Orville, two Star Trek parodies that have lovingly poked fun at the original franchise. If anything, it's nice to see the classic show let its hair down and have its own fun. 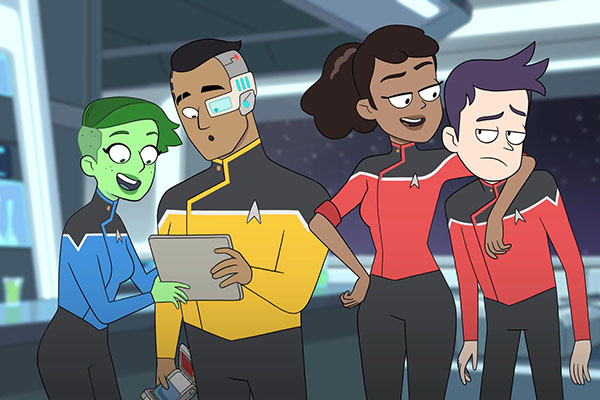 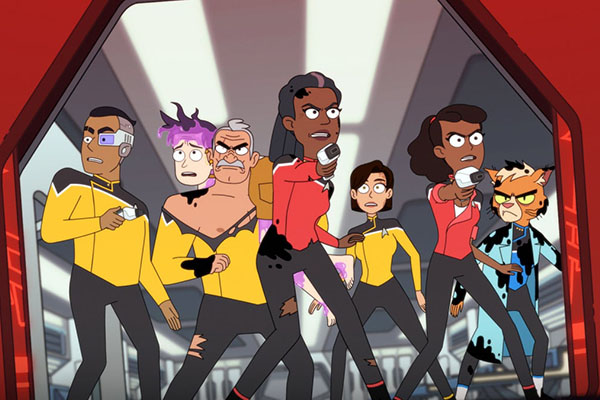 The show comes from Mike McMahan, one of the original writers and producers of Rick and Morty, which, if you've seen that show, should give you some idea of the kind of humor you can expect from the series. Sometimes the show gets weird, with jokes about sex, murder, and the dark side of the Federation, but it's all done with a light touch. While it seems like the show could purposefully poke the classic franchise in the eye, it's actually a very loving send up of the series, McMahan and his team clearly love Trek and have crafted a show that truly respects the old gal even while it pokes a little fun.

For those wanting another solid Star Trek series, Lower Decks does deliver. It has all the classic style adventures you'd expect, from alien diplomatic missions to classic court case trials, invaders trying to take over the ship, and holodeck misadventures. Any one of these plots could have been explored over on The Original Series or The Next Generation, with Lower Decks directly referencing episodes from those series and more. Hell, it even throws a bone to The Animated Series slyly adding that show back into proper continuity as well, a nod I really love.

And it's funny. The first couple of episodes do get outlandish, going for a bit of raunchy as well as over-the-top moments all to say, "this show can go anywhere." But then the series settles down and finds ways to be funny while also not having to push quite as far. By the mid-point the show finds its feet and gets the right balance of humor and schlock, a balance sibling parody The Orville also managed to find once it got over the joy of being as weird as it could be. By the end of the first season the show becomes one the best Star Trek shows in a long time, still funny but also giving all the high adventure and deep character moments you need from Trek.

What makes the show so good are the four leads. The direct conflict of personalities between Mariner and Boimler is what drive the show, letting her cut-loose attitude and willingness to break the rules to do what's right bounce off Boimler's inability to think outside the box. The show clearly illustrates that what the Federation needs is someone like Mariner, someone willing to break the rules as needed when the situation falls into the grey area of the Federation code. Mariner is a lot like Kirk in that respect, and the show makes no bones about the fact that, most of the time, she is the hero. If she actually wanted to be a captain she'd be off on Kirk-like adventures on the fringes of space. 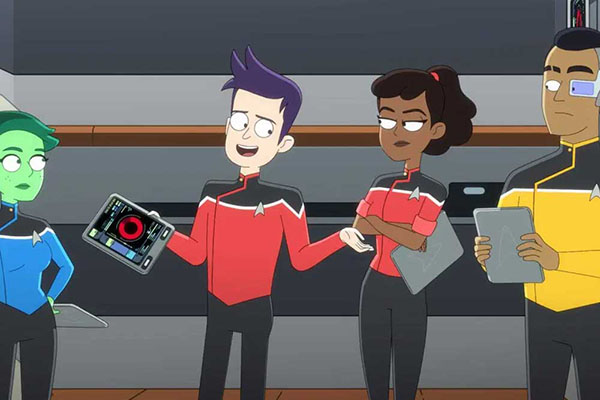 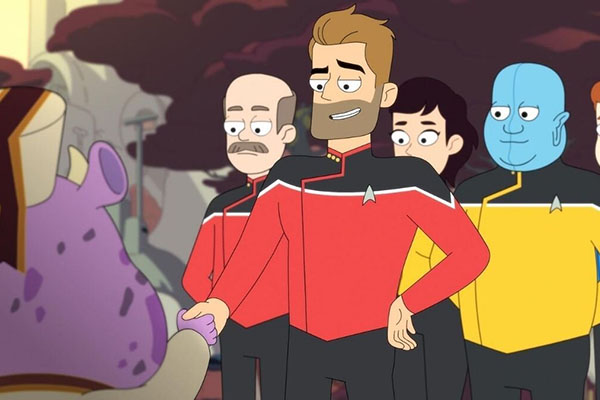 Boimler, by comparison, could be a Picard if he'd just stop being quite such a toady. He wants to get promoted, to follow the rules, to handle everything by the book, but the situations he gets thrown into (often by Mariner) don't have a by-the-book solution. Mariner is there to help him cut loose, to become a better officer and, in the process get his head out of his ass. And, in the process the two of them get to hang out with Tendi and Rutherford, and while neither of these two have the deep plot lines of Mariner and Boimler, what's great about these two is that they're a guy and a girl who are best friends and, in no way, shape, or form, are in love with each other. It's just a platonic friendship built along side our leads, all made better by the rip-roaring adventures everyone gets to take.

The show is, frankly, awesome. It gets away with a lot because of its animated content, being able to put the characters in whatever weird solution the writers come up with. It can take a freewheeling approach because CBS lets the writers do as they like. And, in the end, it comes out to be the best thing Star Trek has produced since Deep Space Nine. Now, let's just hope the second season, already in production, doesn't screw it up.