It should come as no surprise that I'm a fan of Slasher flicks. I've reviewed a ton of them over the years on this site, getting into every major franchise while I'll picking out a few solo titles here or there. I should amend that statement, though, as there was one franchise I hadn't touched yet on the site: Hellraiser. That wasn't because I didn't own the films -- I have all but on on DVD (and that one is moratorium currently) -- but because I've always been on the fence about whether these films really count as Slasher flicks or not. In my eyes the decision on where these films rest on that blade (pun intended) could go either way. 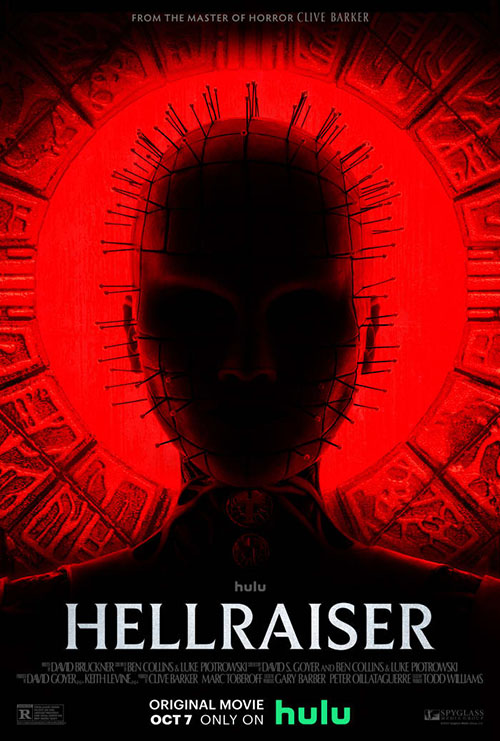 The thing about the Hellraiser films is that there really isn't one killer the idiots in the films are fighting against. Yes, you do get a collection of (largely) cookie-cutter protagonists, all set up to die at the hands of the Cenobites. And yes, they do bring their actions upon themselves via their own green and lust and other vices. When it comes to the sins that require Slasher victims to die, these characters all follow their prescribed actions and set themselves up like the good, bloody dominoes they were meant to be. On that front these films act like Slasher films.

The trick is, though, that in a classic Slasher film the heroes have to have a chance to get away from the villains, to survive, to maybe even kill the Slasher coming after them. The Cenobites, though, play by a different set of rules. They don't show up until someone summons them (all because some idiot played with a puzzle box), and then they really can't be killed. These are demons of Hell, raised from the pits to walk (for a time) on Earth and collect their mortal souls. The Cenobites act like a meta-commentary on Slasher films: you wanted to play with the killers, so here is your rewards and we claim your souls. It's a similar concept, in a way, to what The Cabin in the Woods would play with, just with more Clive Barker-fueled pain and suffering (and lot less Wheddon twee winking).

Although at one time a mainstay of theaters, the Hellraiser series eventually fell off, in large part because the series ran out of ideas on what to do with the concept. How many ways can you have the Cenobites come up, rip people apart, and then leave again. It's an issue every Slasher film faces, and at one point the series tried to get around it by ending its story (with Hellraiser: Bloodline). That ending didn't stick and then we got a series of less and less inspired films to all come along until finally the awful Hellraiser: Revelations and Hellraiser: Judgment finished off the series for good... or so we all thought.

Four years after the last direct-to-video release, the Hellraiser series is back, resurrected by HuluOriginally created as a joint streaming service between the major U.S. broadcast networks, Hulu has grown to be a solid alternative to the likes of Netflix and Amazon Prime, even as it learns harder on its collection of shows from Fox and FX since Disney purchased a majority stake in the service. (presumably after someone in their offices played with the puzzle box). This new film, simply called Hellraiser, elides all the previous films, not so much rebooting the series as simply quietly ignoring anything that came before. That allows the new film to keep whatever elements it wants while reinventing everything else about the series as its bloody whims allow. This isn't a series that hell to strong to the idea of continuity as it was so a "reboot" that decides to sidestep all of them to tell a bloody tale of pain and violence, that's just what the series needed. 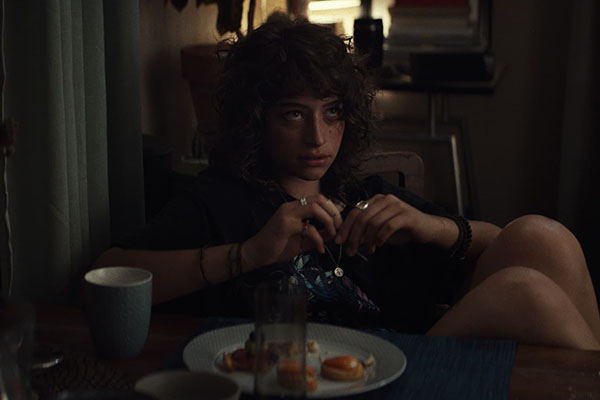 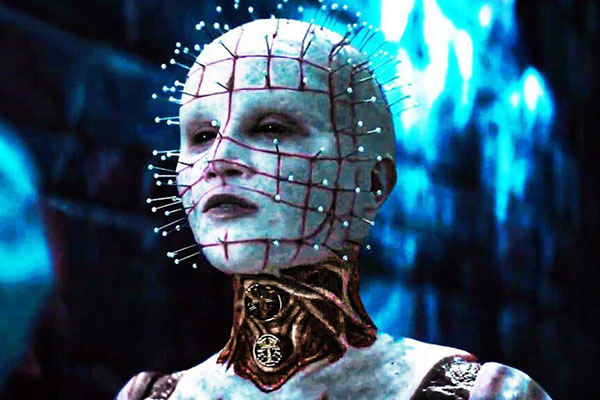 There's just one problem here: the new Hellraiser '22 doesn't really seem to know what more to do with the series than all the films that came before. Creatively the series has some cool ideas -- an evolving puzzle box, Cenobites stepping out into the real world as if their plane of existence is just a thin layer of matter away -- but those ideas don't really add up to much when the rest of the film is so cookie-cutter and paint-by-number. This is a film that really wants to act like it has big ideas but it can't really figure out what to do more than, "oh, someone touched the box and summoned Cenobites. Oh darn..." It doesn't quite work.

The film focuses its action around Riley McKendry (Odessa A'zion), a recovering addict that, in classic Hellraiser fashion, ends up in possession of the box. Her criminal boyfriend, Trevor (Drew Starkey), brings her along on a caper to steal something valuable (so they can sell it and buy a lot of drugs), but all they get is the puzzle box, which Riley then takes and, of course, opens. Soon people start getting cut by the puzzle box, and each time the box takes their blood inside it changes its shape and evolves. Oh, and then those people die, one by one, dragged to Hell by the chains of the Hell Priest (Jamie Clayton) where they can then be ripped apart. Riley and her (quickly dwindling friends) have to find a way to stop the Cenobites and save themselves before the puzzle box reaches its last configuration.

The start of the film certainly has its big ideas and promises an interesting new Hellraiser. Riley makes for an interesting and flawed protagonist, and the movie does spend its time letting you learn about her and her life before its starts pouring on the horrors. Most of the characters feel interesting, even if they aren't well fleshed out, and the film tries its best to make them more than cookie-cutter fodder (even if it never quite succeeds on this front).

The problems begin, though, once the Cenobites show up. This is because, damn, are the minions of Hell boring. Mostly they just stand around, or walk slowly, acting like menacing lumps of meat that don't really do much. The Hell Priest, aka "Pinhead", at least has chains they can throw out to cause some carnage, but for the most part the film seems content to let the Cenobites look scary without actually doing anything really scary at all. I saw a review of these films that said these monsters are known for looking gross as they stand around and, really, this film exemplifies that flaw perfectly. 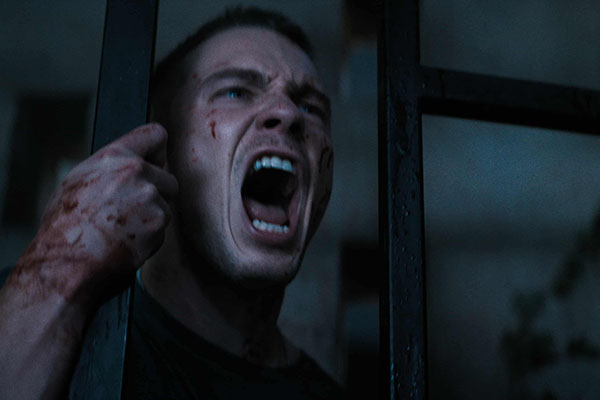 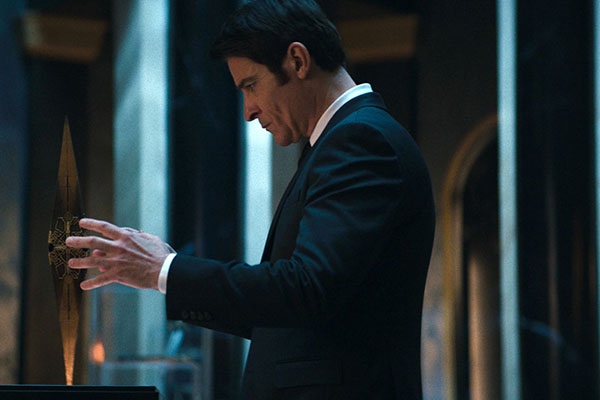 Beyond that, though, the film seems absolutely afraid of actually spitting out blood and gore. Not all horror films need to be doused in buckets of blood but Hellraiser films require pouring on the gore and viscera. These films ride the line between supernatural horror and torture porn and yet Hellraiser '22 feels positively bloodless. The further we get into the film, with more and more Cenobites on screen, the less interested in visceral horror the film becomes. I wanted to feel squeamish in a Hellraiser film but I absolutely could have eaten a rare steak with a side of spaghetti during this '22 release.

Plus, frankly, the climax of the film is just laughably dumb. I won't spoil it, just in case you feel the need to see the movie, but suffice it to say that the whole last act hinges on a plot point you probably could have guessed. Maybe you wouldn't get all the little, bloody details right but it's pretty obvious where the film is going and what's going to happen, even as the story wraps up and everyone gets their just desserts. Instead of ramping up the action and making everything bloody and disgusting, Hellraiser '22 becomes staid and, dare I say, even boring.

Look, this 2022 continuation is very handsome, and it does have some neat ideas buried in this mess of tedium. For a reboot or restart or whatever you want to call it for the franchise, though, this movie doesn't bring back enough of the elements that actually did work to create a new, cool, horrifying movie. If nothing else, Hellraiser should be scary. Stupid and poorly written and at times absolutely terrible, but scary nonetheless. Hellraiser '22 makes the cardinal sin of not being scary at all and that something the Cenobites absolutely can't abide. Maybe the next time the producers touch the puzzle box they'll figure out how to bring the scares and the gore along for the ride.