A Descent Into Hell

When we talk the silliness of the Hellraiser series it comes from a combination of the darkly serious tone of the films mashed up against special effects that simply don't live up to whatever the vision was of the creators. Well, that or the vision the creators had was so silly, without them realizing it, that what ends up on screen perfect illustrates the weird combination of tones at play. The first film in the series had it's moments (especially with the weird creature that would chase heroine Kristy through the halls of Hell), but the absurdity of the creatures and effects reaches an absolute new level here in sequel Hellbound: Hellraiser II. 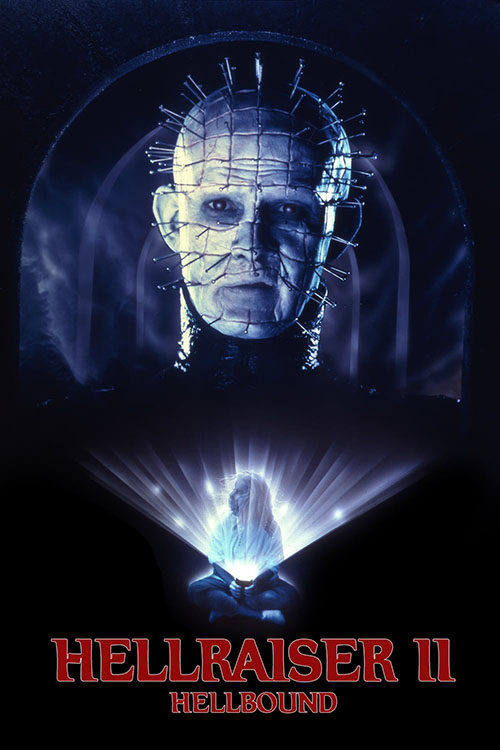 Acting as a direct sequel to the first film, Hellbound takes the standard tack for a horror film, attempting to one up the original film in every way it can: more creatures, more gore, more bodies, more horror. It certainly does double down on all of that, but in the process it also leans hard into the more problematic impulses of the previous film as well. The first film was less of a story that a series of scenes that evoked a mood, an ambiance, and this film has even less actual story to it. Characters show up, they do things, and then they die, but to say that this film has anything more than a series of deaths that happen around puzzle boxes gives the film more credit than it deserves.

Picking up right after the events of the first film, Hellbound: Hellraiser II finds heroine Kristy (returning actress Ashley Laurence) awoken in a mental hospital. After the events that happened that night before, the police brought her to the hospital for evaluation, and once Kristy starts opening up about what happened to her -- demons from Hell killing her family all because of a puzzle box -- the cops have her committed. Hard to argue with that, really. Of course, what Kristy spoke about was true, but no one believes her.

Well, no one except Dr. Phillip Channard (Kenneth Cranham), her attending physician (and head of the hospital). Channard had his own study of the mythology of Hell, having even collected three puzzle boxes for his private collection. Once he hears about Kristy and what she went through he realizes he might just have his opening to get the pleasures, and power, he craved. Through a sacrifice of one of his patients he's able to resurrect Julia (skinless version played by Deborah Joel, fully healed version played by returning actress Clare Higgins) and Julia leads the not-so-good doctor on a tour of Hell. Things won't work out well for anyone involved.

Despite the new setting for this sequel, Hellbound is less a new story that a retread of the previous film. Someone resurrects a denizen of hell, then helps to regrown them, all while an innocent gets a hold of the puzzle box and slowly opens it, bringing for Pinhead and the other legions of Hell. The specific elements within the film are different -- different kills, new monsters, new sights -- but the film itself doesn't really deepen our understanding of anyone or anything within the story. Things happen, people die, and everyone more or less ends up back where they were at the start of the film (assuming they actually survived). 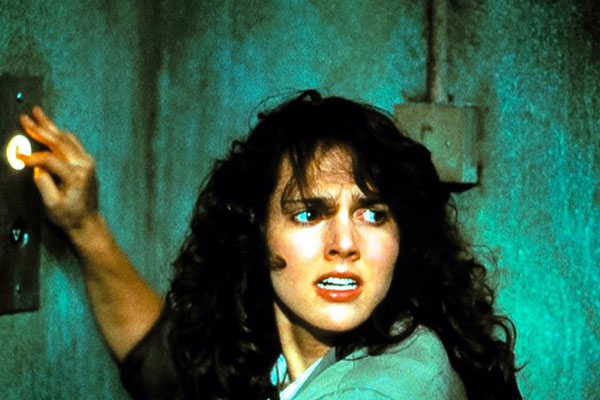 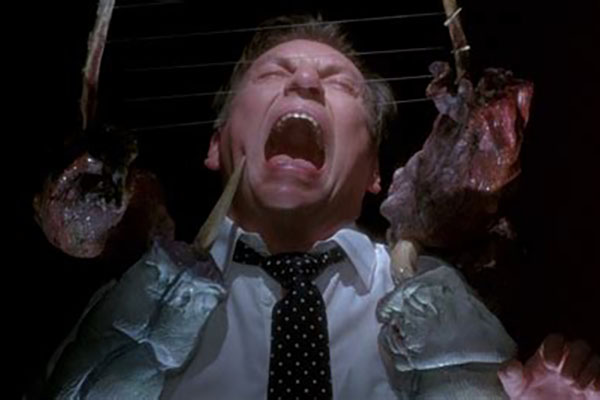 Nowhere is this more clear than with the Cenobites themselves. All of the creatures return, from Pinhead (Doug Bradley), to Chatterer (Nicholas Vince), Butterball (Simon Bamford), to the creatively named Female Cenobite (Barbie Wilde), but they have even less to do this time around than previously. They stand around, they chat at the heroines making proclamations about the sights they'll show, but they never actually do anything. Once again, they're all looks and no bite.

The film tries to add some story to these Hell creatures, at least on the case of Pinhead. It gives him a backstory about him being a military commander who gets the puzzle box and then gets sucked into Hell to become the lead Cenobite, the Hell Priest. That's all that's given and then the film more or less drops it. There's reference to him being human again later in the film but it doesn't actually do anything. If the film wanted to use it as a point of growth it doesn't actually manage that. He learns about the fact he was once human, and then is killed by new lead Cenobite, Channard, and the story is dropped.

Channard, meanwhile, it's such a dumb character. He slots into a similar roles Frank and Julie in the previous film, someone that wants the delights of Hell and then freaks out the second he actually gets what he craved. Hell makes him into a Cenobite, a really dumb looking one, and for some reason he then attacks the other Cenobites and there some poorly explained battle. In fairness, Chanard-Cenobite actually does things, killing people and torturing more, so that gives him a leg up on everyone else, but he never really comes together as a villain. The film rushes his details and never really lets us in on his growth or his story.

Meanwhile Kristy is simply here so we can have a Final Girl. Everything she needed to do and say was accomplished in the first film; her role here is to talk about the puzzle box and freak out when demons show up. As far as actual growth is concerned, though, Kristy has none. She knows as much about herself at the end of the film as she did at the beginning. It's safe the say the only thing the film gives her is freedom from the Cenobites, but I'm sure that's a detail the films can walk back in the next movie (in which she makes a cameo appearance). 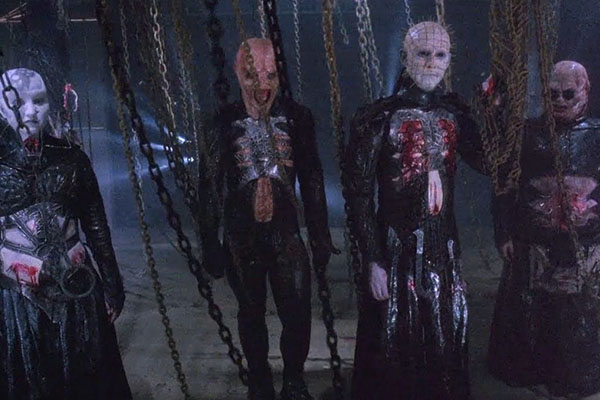 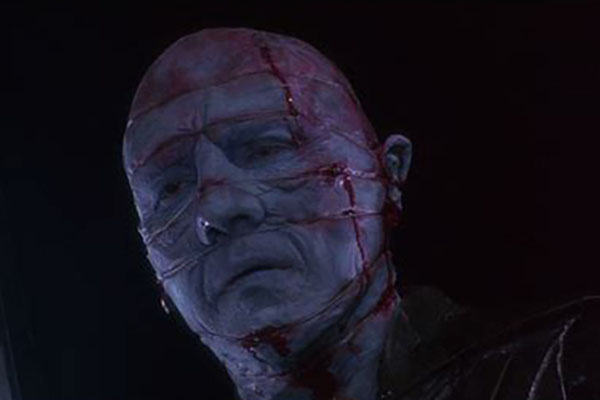 At a visceral level Hellbound does have some things going for it. There are a few scenes that are truly grisly, that make you squirm just a little as they play out (an early sequence with a patient and a razor is a good example). It has the creep factor down, it just can't stitch it all together into a cohesive whole. The film is at its best when it just focuses on gore and scares but any time it turns away to try and explore any of this thousands of weird little ideas, it loses momentum and failed to actually build any kind of cohesive whole.

We're two films into this series and it already feels like the Hellraiser franchise is losing its way. This is a very interesting looking film that fails to actually tell a cohesive story, but then that's also the issue with the first film. So I guess, as far as taking the elements of the original Hellraiser and adding more of everything, this sequel nails it. I just wish Hellbound: Hellraiser II could have actually been a good movie.