Just a Girl Looking for Love

When it comes to depicting love, no work of art is more famous than Romeo and Juliet. Shakespeare's tragic story of young lovers who give up their lives when their families won't let them be together, set a template for tragedy and romance. The play has seen numerous adaptations over the years, across stage and screen and everywhere else, not to mention all kinds of works inspired by the original play, such as Tromeo and Juliet, Romeo Must Die, Warm Bodies, and so on. The work is an inedible part of cultural literacy. 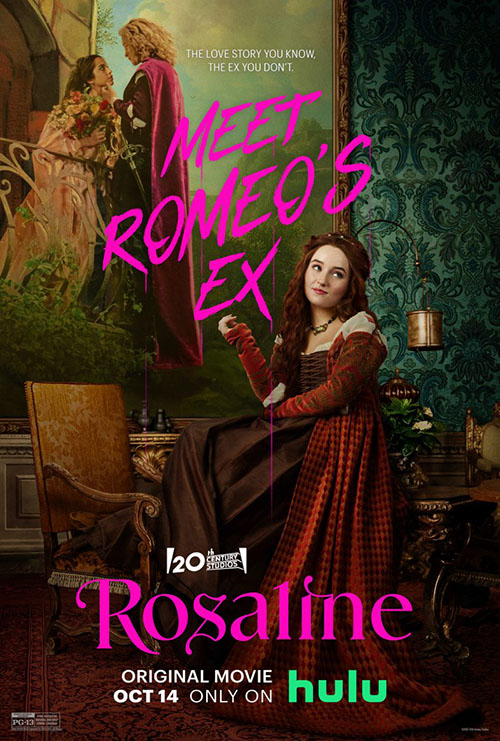 And yet, when you watch the play in action, you also have to admit that the two lovers, romantic as they are, really should have taken a beat and thought through all that they were planning and doing. A fourteen year old girl falling for a slightly older boy who, within the span of just a few days, get married, try to run away with each other, and then die in each others' arms, is a pretty rushed story. Sure, it's romantic, but someone really needed to come along and maybe slap some sense into all of them.

Enter Rosaline, a romantic comedy that looks to do for Romeo and Juliet as Rosencrantz and Guildenstern Are Dead did for Hamlet. The film takes a character not even really seen in the original play, Romeo's original love Rosaline (mentioned briefly at the start before he gets all moon-eyed for Juliet) and build an entire story around her. The film is light and snappy and manages to build a fun and breeze comedy around the bones of Shakespeare's tragedy. And, for a good bit of the run time, it actually works pretty well.

The film focuses on our titular heroine, Rosaline (Kaitlyn Dever), after she strikes up a courtship with Romeo Montague (Kyle Allen), the big, dumb, but very handsome young man about town. Romeo being a Montague, while Rosaline being part of house Capulet, does present some issues seeing as how their two houses have been waging quite the long and protracted war against each other in fair Verona. Rosaline loves the big oaf, and he seemingly has eyes only for her, if only she could tell her father, Adrian (Bradley Whitford), about their love. Instead he continues to send her on courtship dates with eligible men, including one Dario (Sean Teale), a smart and interesting soldier back from abroad.

Things take a turn for the courtship of Rosaline and Romeo, though, when our lady is late to a ball. Romeo goes and, instead of finding Rosaline there, he meets young Juliet (Isabela Merced). The two fall madly for each other, Romeo losing all memory of Rosaline, which is a situation that Rosaline simply can't stand. So she sets about finding every way she can keep her cousin, Juliet, away from Romeo all so Rosaline can regain her man and find her happily ever after. 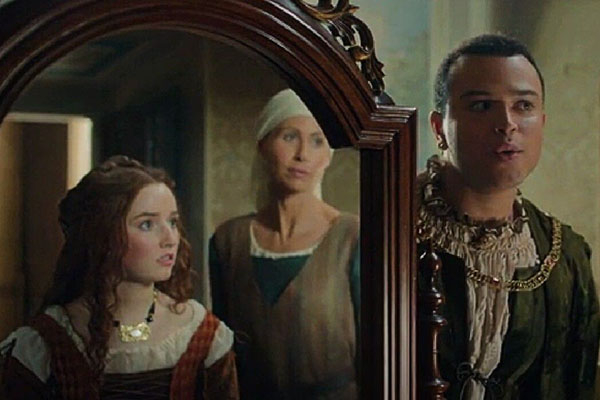 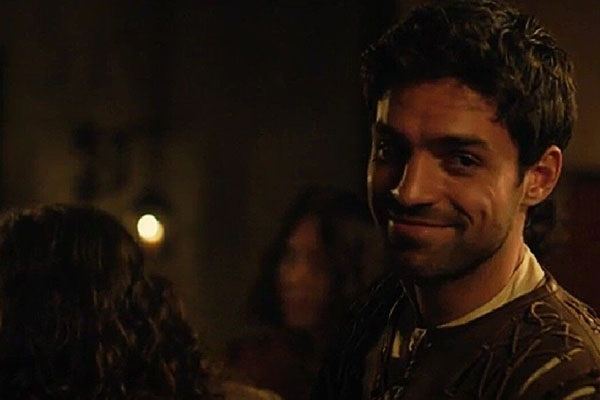 Rosaline is, for all intents ans purposes, a romantic comedy. It takes the bones of Romeo and Juliet and twists things around to not only give us a story of a girl we never see in the original work but also one that actually has a light, breezy quality to it. Say what you will about the original play but "light and breezy" are generally not terms applied. Rosaline changes that, which does require some reworking on the original story, so purists may not be so pleased by this take on the material. With that being said, it's changes aren't even as severe as how 10 Things I hate About You changed up The Taming of the Shrew, and that film is considered a teen comedy classic, so take that as you will.

This new film is based on a novel, When You Were Mine by Rebecca Serle, and that story was actually set in the modern era. The film, though, moves things back to the original time period of the play, keeping things, anachronistically, in the older era. There are plenty of lines, cues, and music drops, though, that nod towards our modern sensibilities. Again, this is not a film for purists, but these changes and alterations help to keep the fun and lively tone of the film going forward. It doesn't take itself too serious, so we shouldn't either.

The best part of the film is certainly Dever in the lead role. The film doesn't always have the best jokes, and sometimes the material gets a little draggy, but through it all Dever is able to take Rosaline and make her a force on the screen. She channels that same bit of headstrong energy she showed as a cast member on Justified, and here she's able to make Rosaline into a strong, capable woman who doesn't take any shit (and is easily cheered for it). She's a woman out of time but you want her to succeed... even if that means she needs to learn why Romeo is a wet blanket and move on from his sorry ass.

The weakest part, however, is Rosaline's own love story. It's pretty clear from the moment he's introduced that Dario is going to end up as Rosaline's main squeeze, but the film doesn't managed to mine any real comedy or drama out of this whole story. Romeo basically disappears for huge chunks of the film, but Rosaline and Dario barely have any good scenes, and even less chemistry, to fill the void. I think much of that blame has to land on Sean Teale who, while an okay-ish actor, just doesn't have the charisma or spark to pull of his gallivanting character. Certainly he lacks chemistry with Dever, and she can seem to find it with everyone else, so something core to this film is missing. 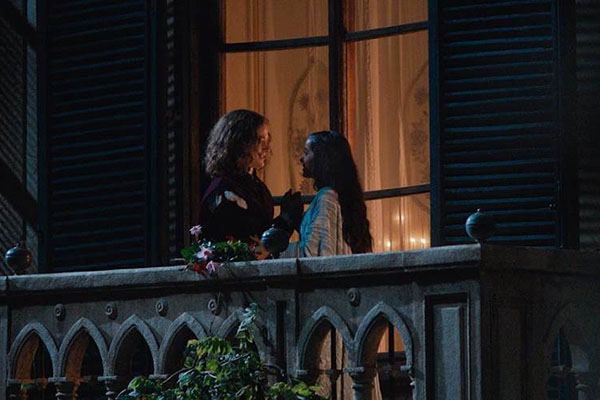 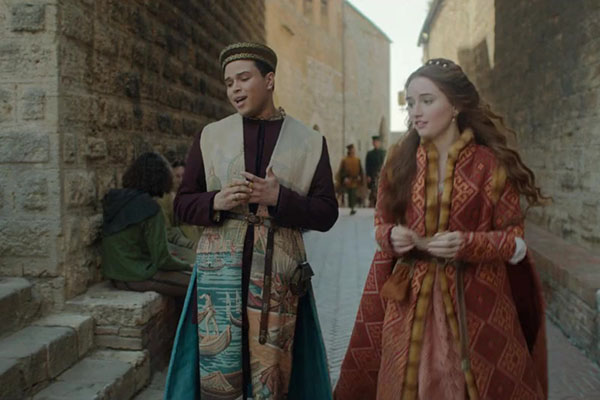 And, frankly, the film does tend to rush the details through and through. It is true that the original Romeo and Juliet takes place over only a span of days, but it still manages to get a couple of pretty lengthy acts out of all of that. Rosaline, by comparison, cruises by at a pretty quick 96 minutes, and while it is nice to have a film that doesn't overstay its welcome, maybe a little more time spent on characters, romantic twists and turns, and some good, Shakespearean mistaken identity subplots could have really helped bring things together.

The concept of Rosaline is fun, and there are some pretty game actors in the mix in this film. The execution, though, is lacking that needed spark to turn a fun idea into a truly winning movie. It's not a terrible teen-friendly romantic comedy, but 10 Things I Hate About You this is not, which is a real pity.